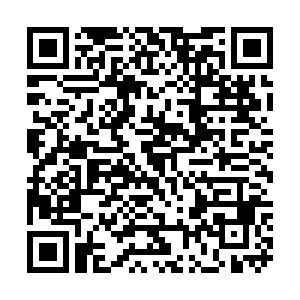 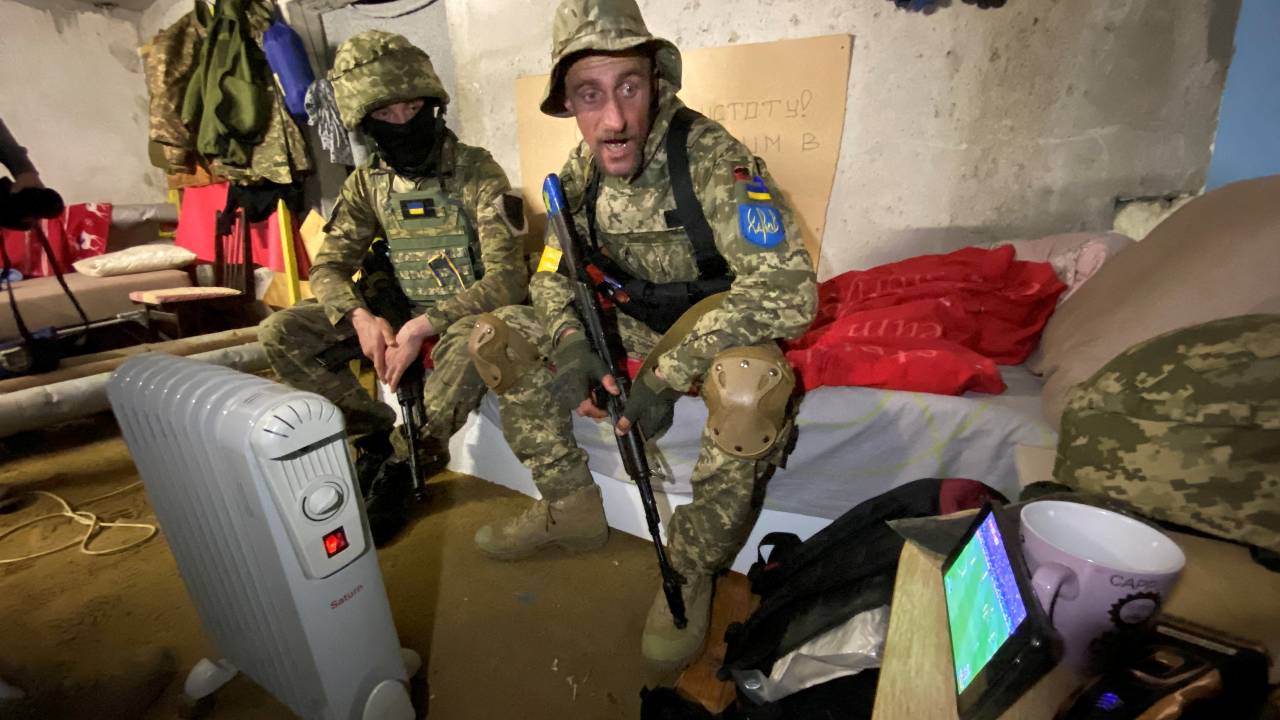 • The eastern Ukrainian city of Severodonetsk is expected to fall to Russian forces, who are in control of 80 percent of its territory, according to the governor of the Luhansk region. READ MORE BELOW

• Denmark has voted to join the EU's common defense policy, 30 years after the NATO member opted out. The vote comes shortly after neighboring Finland and Sweden's historic applications for NATO membership. READ MORE BELOW

• German Chancellor Olaf Scholz says Berlin will send Ukraine an air defense system capable of shielding a "large city from Russian air raids" alongside other weapons as he rejected accusations that his government has been slow to arm Kyiv.

• Many of the weapons sent to Ukraine will "result in the proliferation in illicit arms" in Europe and beyond after the conflict, Interpol's chief has warned, urging countries to start scrutinizing arms-tracking databases.

• Ukraine's President Volodymyr Zelenskyy says that between 60 and 100 Ukrainian soldiers are dying on the battlefield every day, and another 500 wounded.

• Russia's Gazprom says its gas exports to countries outside of the former Soviet bloc have dropped by nearly 28 percent between January and May after losing several European clients.

• Ukraine's foreign minister has asked French President Emmanuel Macron to visit the country before the end of June, when France's presidency of the EU ends, saying "the best thing would be that he comes with more weapons deliveries for Ukraine."

• Italy's Matteo Salvini, head of the far-right League party, has defended himself following questions about unauthorized meetings with Russians since the start of the Ukraine crisis. Salvini, whose party is a member of Italy's governing coalition, reportedly dined with Russia's ambassador to Italy just days after Russia launched its assault against Ukraine.

• The manager of Ukraine's national football team has dedicated his side's 3-1 win over Scotland to reach a World Cup play-off final to those fighting in the trenches of his homeland. Brazilian football legend Pele used the win to call for Russia to end its operation in Ukraine. READ MORE BELOW

• Former Chelsea owner Roman Abramovich is among three Russian oligarchs seeking to overturn EU sanctions against them via the Court of Justice of the European Union. 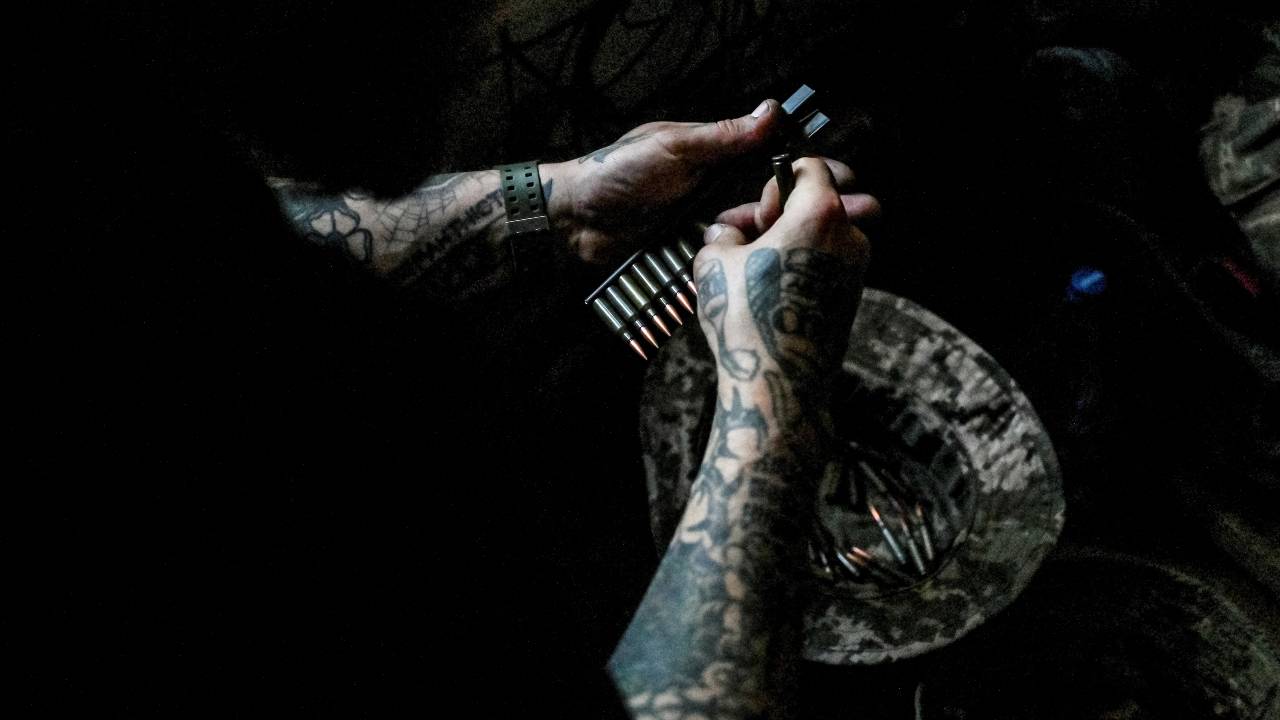 Ukrainian forces have pledged to fight "until the end" in the Luhansk city of Severodonetsk in Ukraine's east, but with Russian forces in control of most of the strategic city, their prospects of success are fading rapidly.

"Street fighting continues," Luhansk regional governor Sergiy Gaiday said on Telegram, estimating that 80 percent of the city had been taken by Russian troops.

Luhansk is one of two Donbas regions, along with Donetsk, that represents Ukraine's industrial heartland, which Russia has promised to "liberate."

Once in control of Severodonetsk, Russian forces are expected to try to cross the Donets river and make more gains in the Donetsk region, according to Britain's defense ministry intelligence briefing.

Ukrainian forces have destroyed bridges across the river.

"It is likely Russia will need at least a short tactical pause to re-set for opposed river crossings and subsequent attacks further into Donetsk," the intelligence memo said. 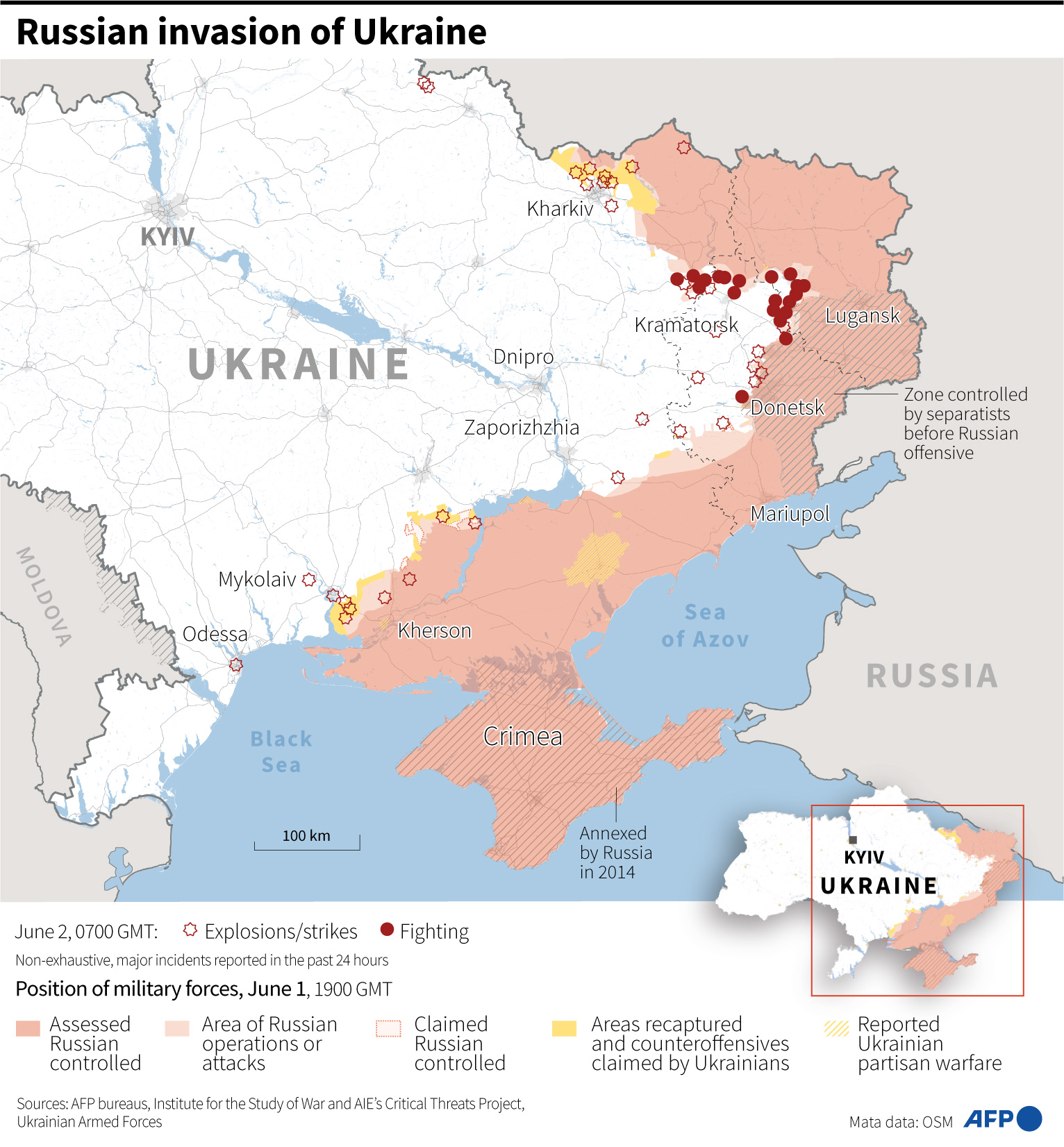 Denmark will join the EU's common defense policy after a referendum on Wednesday, signaling the latest shift among Nordic countries to intensify Western military ties in response to Russia's actions in Ukraine.

Denmark is the only EU member that is not part of the bloc's defense and security policy. The referendum marks the first time a government has succeeded in removing one of several exemptions the country secured in a 1993 referendum on the EU's Maastricht Treaty.

Final results showed almost 67 percent of voters wanted to remove an opt-out to the EU's Common Security and Defense Policy (CSDP), the largest recorded show of support in a referendum on EU policy in Denmark. Around 33 percent of voters were opposed.

In the CSDP, Denmark would be able to take part in joint military operations, like those in Somalia, Mali and Bosnia and Herzegovina, and to cooperate on the acquisition of joint military capabilities.

While the referendum's outcome will not have major practical implications for the EU, the result is expected to be viewed positively in Brussels.

"We have sent a signal to our allies in NATO, in Europe. And we have sent a clear signal to (Russian President Vladimir) Putin," Prime Minister Mette Frederiksen said after most votes had been counted.

"When Putin invades a free and independent country, when Putin threatens peace and stability, we all move closer together," she added. 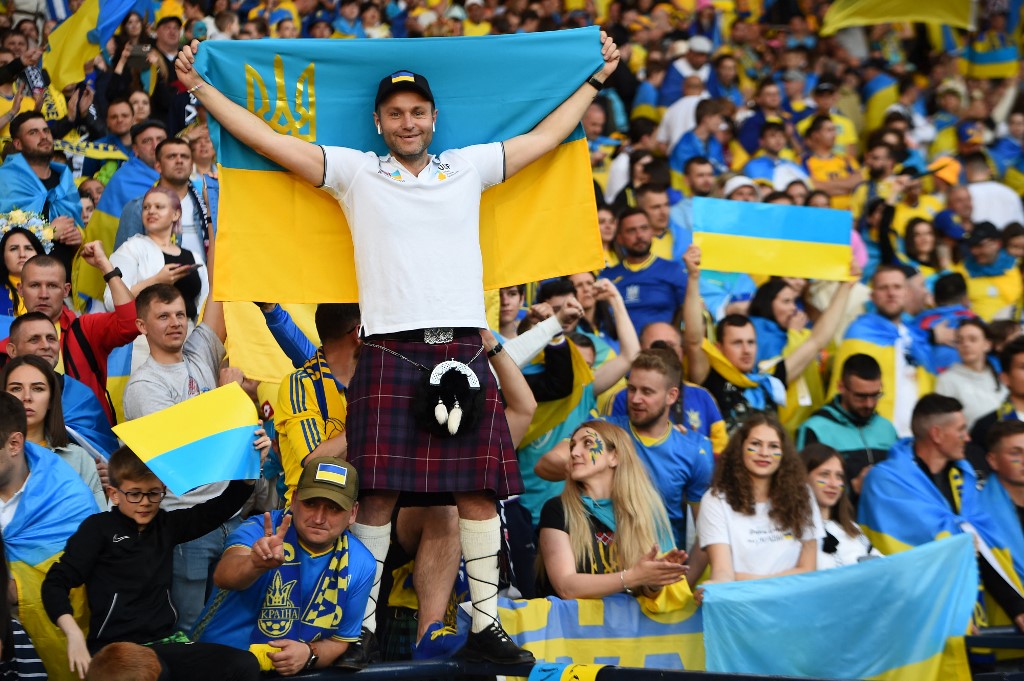 Ukraine's soccer team beat Scotland in their first competitive match since Russia launched its offensive, meaning they will take part in a World Cup play-off final against Wales on Sunday.

Ukraine manager Oleksandr Petrakov dedicated his side's 3-1 win to those fighting in the trenches of his war-torn homeland.

"This victory was not for me or for the team members, it was for our country. This was a huge victory for Ukraine," he said. "They did everything for the people they play for, the Ukrainians."

Manchester City's Oleksandr Zinchenko broke down in tears on the eve of the game as he described how much it would mean to take Ukraine to the World Cup.

"We played for Ukrainians who suffer every day," Zinchenko's manager Petrakov continued. "We still have the Wales game in front of us. We will do everything to make Ukrainians proud."