Download
Monkeypox outbreak 'random' and may be from European raves, says WHO advisor
Tim Hanlon 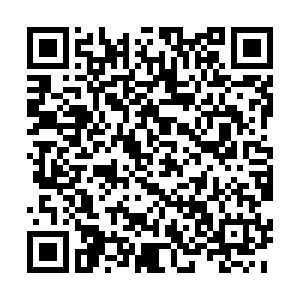 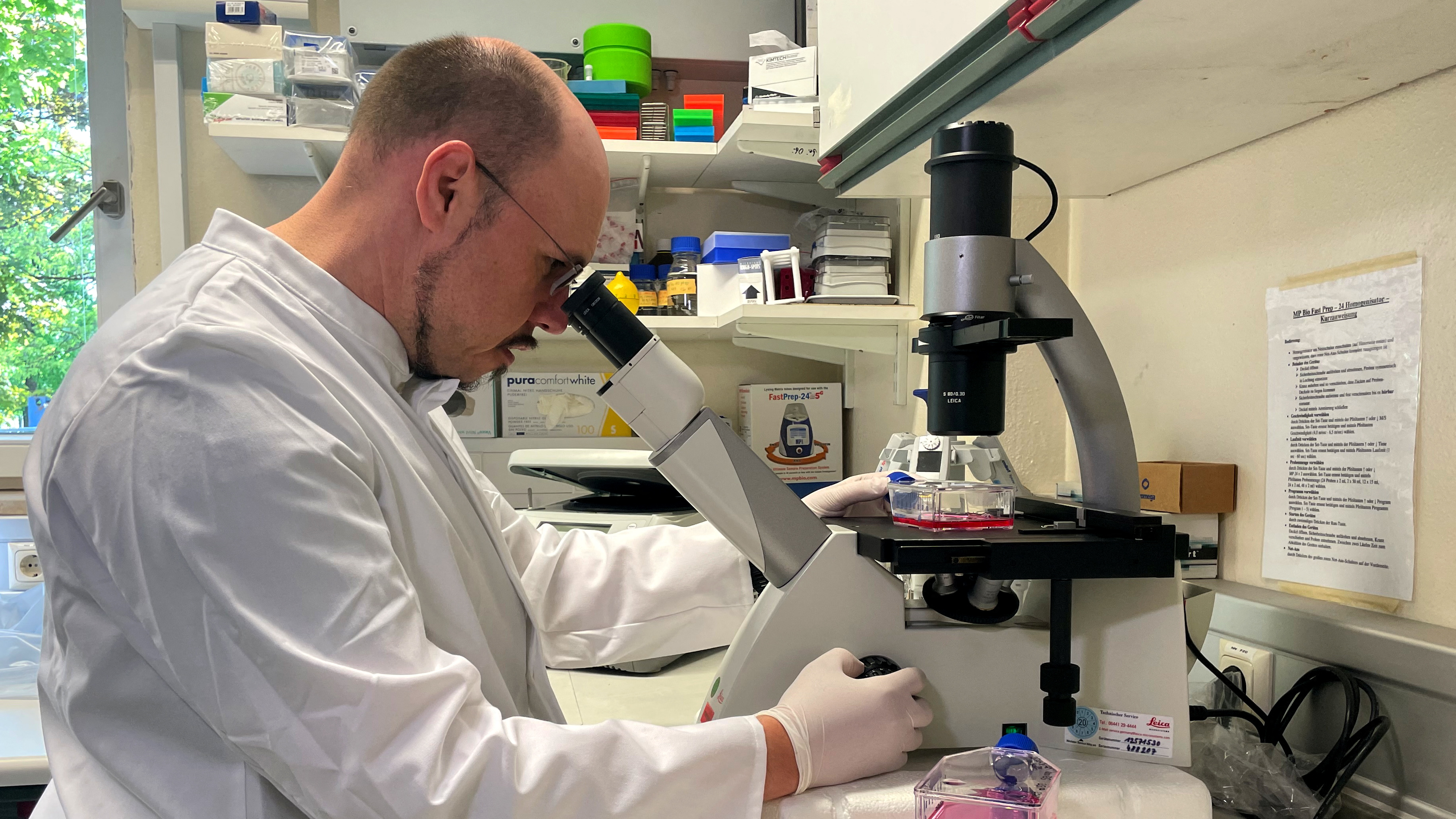 Scientists have been investigating the sudden global spread of monkeypox. /Christine Uyanik/Reuters

Scientists have been investigating the sudden global spread of monkeypox. /Christine Uyanik/Reuters

Raves in Spain and Belgium have been suggested by a senior World Health Organization (WHO) advisor as the catalyst for a rapid global outbreak of monkeypox that has left scientists baffled.

Monkeypox is normally found in western and central Africa and while there have been cases elsewhere, this has been down to people who have traveled to the hotspots.

This is the first time that it has spread among people who have not been to Africa – and has been particularly identified among men in the gay and bisexual community.

Infections have been reported across several continents with many cases in Europe, as well as the Americas and Australia, while a man has also been found to have monkeypox in Israel.

David Heymann, who formerly headed WHO's emergencies department, put the outbreak down to a "random event" that could be down to sexual behavior at two recent mass events in Europe.

He said the leading theory was that the disease was spreading via sexual transmission among gay and bisexual men at two raves held in Spain and Belgium.

"We know monkeypox can spread when there is close contact with the lesions of someone who is infected, and it looks like sexual contact has now amplified that transmission," said Heymann.

That marks a significant departure from the disease's typical pattern of spread in central and western Africa, where people are mainly infected by animals like wild rodents and outbreaks have not spread across borders.

To date, WHO has recorded more than 90 cases of monkeypox in over a dozen countries.

Madrid's senior health official said on Monday that the Spanish capital has recorded 30 confirmed cases so far. Enrique Ruiz Escudero said authorities are investigating possible links between a recent Gay Pride event in the Canary Islands, which drew some 80,000 people, and cases at a Madrid sauna.

Heymann chaired an urgent meeting of WHO's advisory group on infectious disease threats on Friday to assess the ongoing epidemic and said there was no evidence to suggest that monkeypox might have mutated into a more infectious form.

Monkeypox typically causes fever, chills, rash, and lesions on the face or genitals. It can be spread through close contact with an infected person or their clothing or bedsheets, but sexual transmission has not yet been documented.

Most people recover from the disease within several weeks without requiring hospitalization. Vaccines against smallpox, a related disease, are also effective in preventing monkeypox and some antiviral drugs are being developed. The disease can be fatal in about 10 percent of infections, but no deaths have been reported among the current cases.

The UK has begun inoculating healthcare workers with the smallpox vaccine which the WHO says historically has "shown to be protective against monkeypox."

The WHO stated: "While one vaccine (MVA-BN) and one specific treatment (tecovirimat) were approved for monkeypox, in 2019 and 2022 respectively, these countermeasures are not yet widely available, and populations worldwide under the age of 40 or 50 years no longer benefit from the protection afforded by prior smallpox vaccination programs."

The U.S. government says it has enough smallpox vaccine stored in its Strategic National Stockpile (SNS) to vaccinate the entire U.S. population.

Tecovirimat works through trapping the virus within the infected cell. The U.S. and Canada has tied up deals with tecovirimat manufacturer SIGA Technologies and the company said it was in talks with the European Commission.

Another antiviral, tembexa, is approved by the U.S. Food and Drug Administration for the treatment of smallpox. 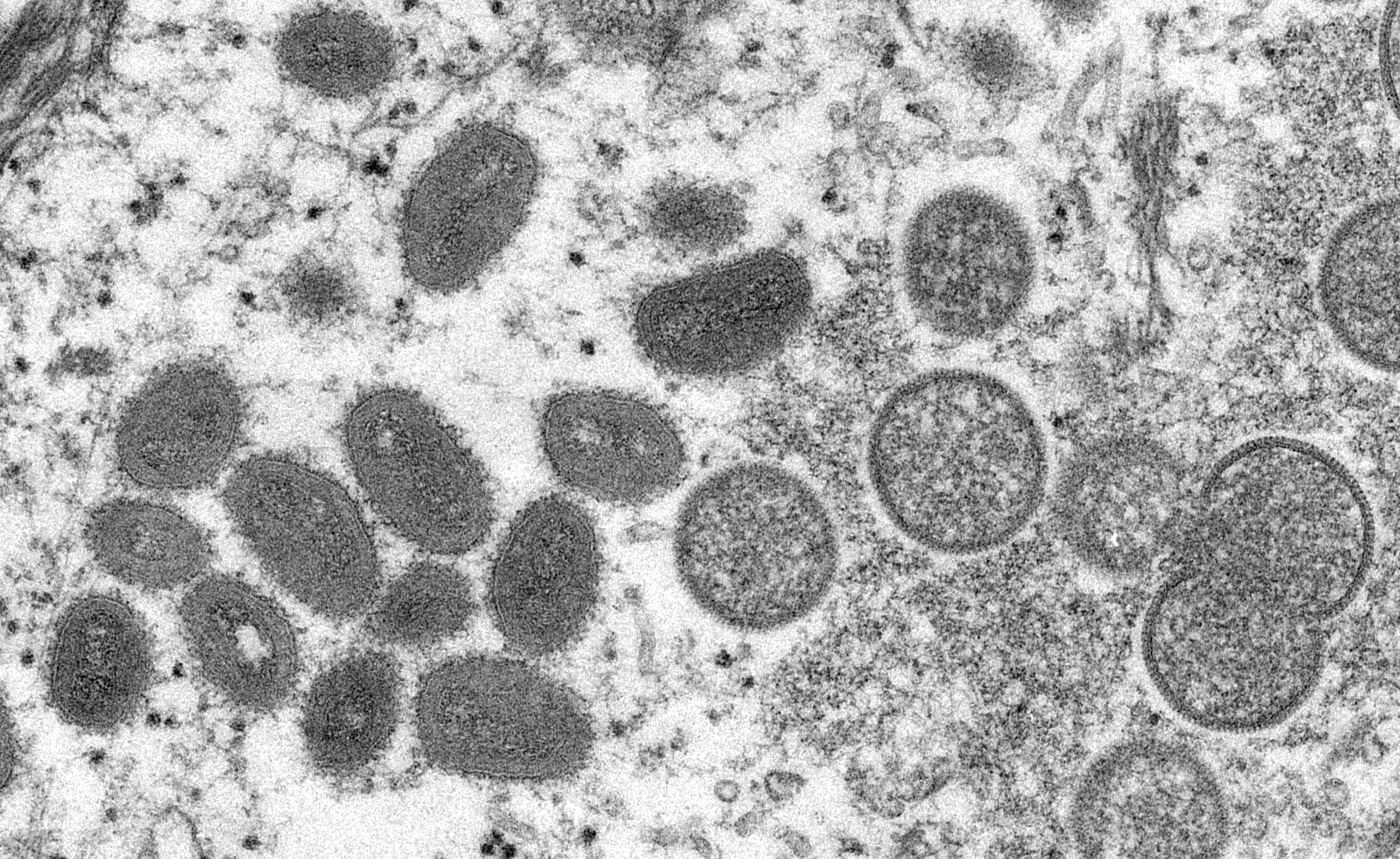 A clinical human skin sample from a patient that is suffering from monkeypox. /Cynthia S. Goldsmith, Russell Regnery/CDC/Reuters

A clinical human skin sample from a patient that is suffering from monkeypox. /Cynthia S. Goldsmith, Russell Regnery/CDC/Reuters

Both tecovirimat and tembexa are taken orally or as an injection.

WHO said the outbreak is "atypical" and said the fact that cases are being seen in so many different countries suggests the disease may have been silently spreading for some time.

The agency's Europe director warned that as summer begins across the continent, mass gatherings, festivals and parties could accelerate the spread of monkeypox.

Other scientists have pointed out that it will be difficult to disentangle whether it is sex itself or the close contact related to sex that has driven the recent spread of monkeypox across Europe.

"By nature, sexual activity involves intimate contact, which one would expect to increase the likelihood of transmission, whatever a person's sexual orientation and irrespective of the mode of transmission," said Mike Skinner, a virologist at Imperial College London.

On Sunday, the chief medical adviser of Britain's Health Security Agency, Susan Hopkins, said she expected more monkeypox cases to be identified in the country "on a daily basis."

UK officials have said "a notable proportion" of the cases in Britain and Europe have been in young men with no history of travel to Africa and who are gay or bisexual. Authorities in Portugal and Spain also said their cases were in men who mostly had sex with other men and whose infections were picked up when they sought help for lesions at sexual health clinics.

Heymann, who is also a professor of infectious diseases at the London School of Hygiene and Tropical Medicine, said the monkeypox outbreak was likely a random event that might be traceable to a single infection.

"It's very possible there was somebody who got infected, developed lesions on the genitals, hands or somewhere else, and then spread it to others when there was sexual or close, physical contact," Heymann hypothesized. "And then there were these international events that seeded the outbreak around the world, into the U.S. and other European countries."

He emphasized that the disease was unlikely to trigger widespread transmission.

"This is not COVID-19," he said. "We need to slow it down, but it does not spread in the air and we have vaccines to protect against it."

Heymann said studies should be conducted rapidly to determine if monkeypox could be spread by people without symptoms and that populations at risk of the disease should take precautions to protect themselves.