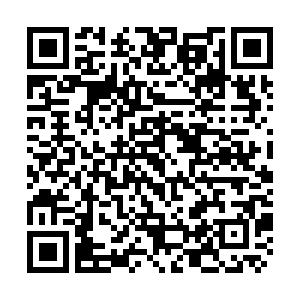 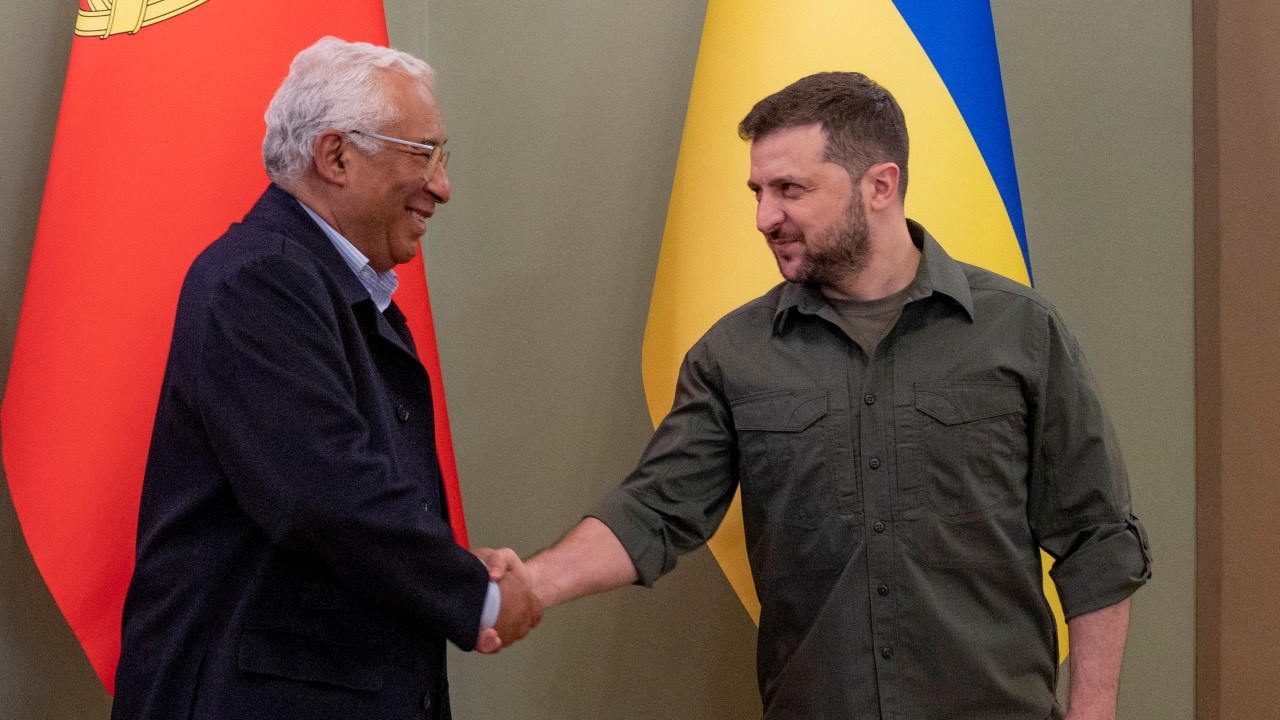 • Ukraine needs to become a full candidate to join the EU, rather than signing up to the kind of broader "European political community" antechamber proposed by France, President Volodymyr Zelenskyy told reporters in Kyiv.

• U.S. President Joe Biden signed a $40 billion bill set to ensure a steady supply of weaponry and economic support for Ukraine in its fight against Russia, the White House said.

• Russia said it had so far banned 963 Americans from entering the country, including previously announced moves against President Joe Biden and other top officials, and would continue to retaliate against what it called hostile U.S. actions.

• Russia has declared victory in its months-long operation to capture the strategic port of Mariupol after Ukraine ordered the last of its troops holed up in the city's Azovstal steelworks to lay down their arms.

• The conflict in Ukraine can only be resolved through "diplomacy", Ukrainian President Volodymyr Zelenskyy said on Saturday amid a deadlock in negotiations between Kyiv and Moscow.

• Russia stopped providing natural gas to neighboring Finland, which has angered Moscow by applying for NATO membership, after the Nordic country refused to pay supplier Gazprom in rubles.

• Zelenskyy proposed a formal deal with Ukraine's allies to secure Russian compensation for the damage its forces have caused during the conflict. Zelenskyy said such a deal would see Russian funds and property in signatory nations confiscated and directed to a special compensation fund. 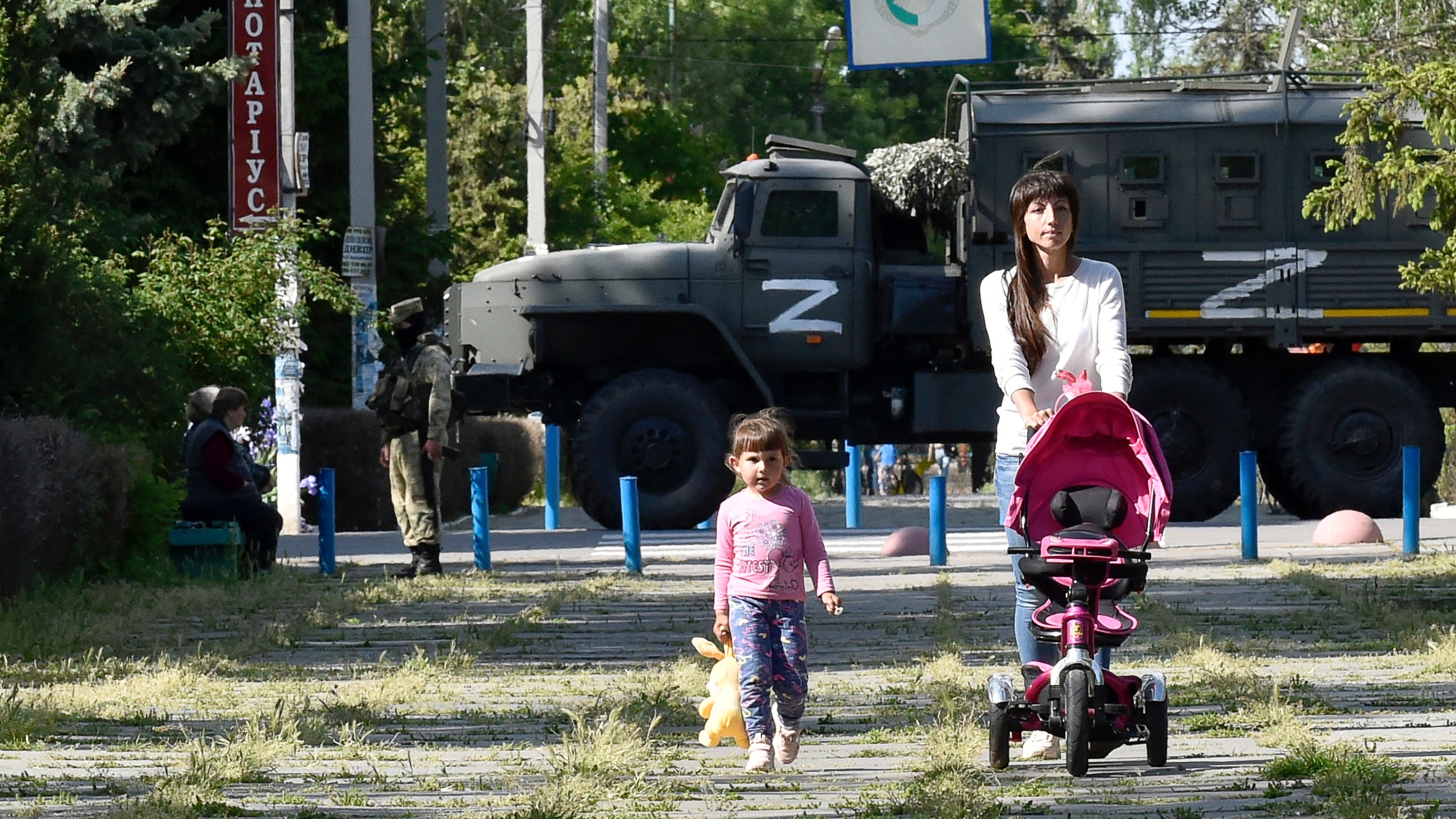 A woman and child walking in a park as Russian servicemen patrol a street in Skadovsk, Kherson Oblast. /Olga Maltseva/AFP

A woman and child walking in a park as Russian servicemen patrol a street in Skadovsk, Kherson Oblast. /Olga Maltseva/AFP

Turkey's President Recep Tayyip Erdogan said his country would not look "positively" on Sweden and Finland's NATO bids unless its terror-related concerns were addressed, despite broad support from other allies including the United States.

Turkey has long accused Nordic countries, in particular Sweden which has a strong Turkish immigrant community, of harboring extremist Kurdish groups as well as supporters of Fethullah Gulen, the U.S.-based preacher wanted over the failed 2016 coup.

Erdogan's threat throws a major potential obstacle in the way of the likely membership bids from the hitherto militarily non-aligned Nordic nations since a consensus is required in NATO decisions.

"Unless Sweden and Finland clearly show that they will stand in solidarity with Turkey on fundamental issues, especially in the fight against terrorism, we will not approach these countries' NATO membership positively," Erdogan told NATO chief Jens Stoltenberg in a phone call, according to the presidency.

On Twitter, Stoltenberg said he spoke with Erdogan "of our valued ally" on the importance of "NATO's Open Door".

"We agree that the security concerns of all Allies must be taken into account and talks need to continue to find a solution," he said.

Erdogan, who refused to host delegations from Sweden and Finland in Turkey, held separate phone calls with the two countries' leaders on Saturday, urging them to abandon financial and political support for "terrorist" groups threatening his country's national security.

Turkey expects Sweden to "take concrete and serious steps" that show it shares Ankara's concerns over the outlawed Kurdistan Workers' Party (PKK) and its Iraqi and Syrian offshoots, Erdogan told the Swedish premier, according to the presidency.

The PKK has waged an insurgency against the Turkish state since 1984 and is blacklisted as a "terrorist organization" by Turkey and Western allies like the European Union, which includes Finland and Sweden. 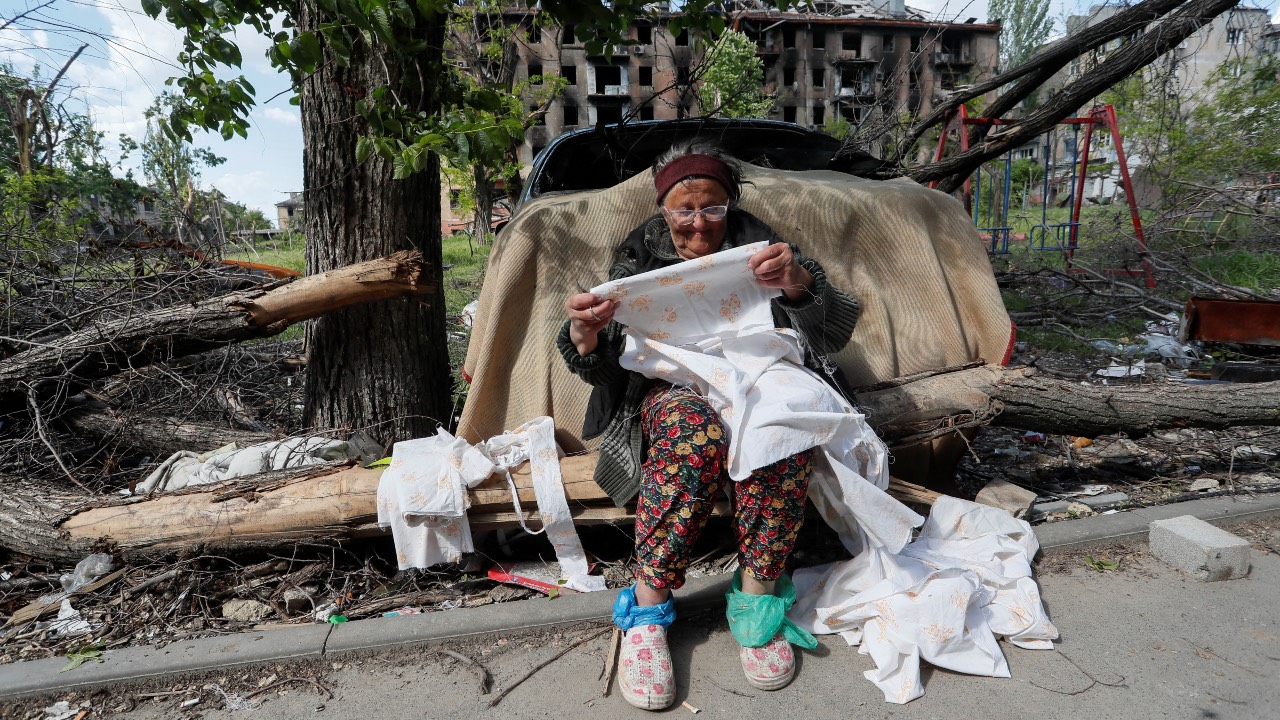 A Mariupol resident sits in a courtyard near a block of flats heavily damaged during the conflict. /Alexander Ermochenko/Reuters

A Mariupol resident sits in a courtyard near a block of flats heavily damaged during the conflict. /Alexander Ermochenko/Reuters

'The end will be in diplomacy'

The conflict in Ukraine can only be resolved through "diplomacy", Ukrainian President Volodymyr Zelenskyy said on Saturday amid a deadlock in negotiations between Kyiv and Moscow.

"The victory will be difficult, it will be bloody and in battle, but its end will be in diplomacy," he told a Ukrainian television channel.

"There are things that can only be reached at the negotiating table," he said. "We want everything to return" to as it was before, but "Russia does not want that", he said, without elaborating.

On Tuesday, Kyiv's lead negotiator Mykhaylo Podolyak said talks with Moscow were "on hold" after taking place regularly in the earlier stages of the conflict but without substantial results.

"Talks are indeed not moving forward and we note the complete lack of will of Ukrainian negotiators to continue this process," he said.

The last talks took place on April 22, according to Russian news agencies.

After failing to take Kyiv, Russian troops are now concentrating on the east of Ukraine, where fierce clashes are ongoing. 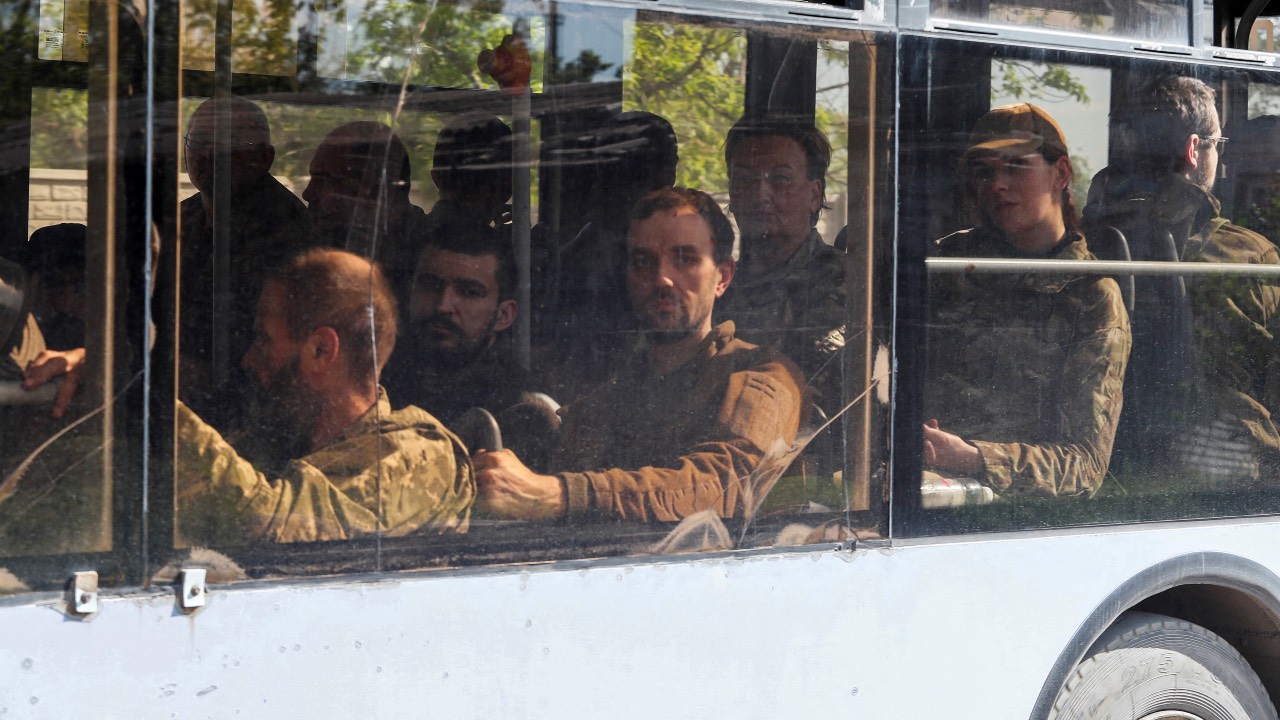 A bus carrying service members of the Ukrainian armed forces, who surrendered at the besieged Azovstal steel mill in Mariupol, drives away under escort of the pro-Russian military. /Alexander Ermochenko/Reuters

A bus carrying service members of the Ukrainian armed forces, who surrendered at the besieged Azovstal steel mill in Mariupol, drives away under escort of the pro-Russian military. /Alexander Ermochenko/Reuters

Putin informed of 'the complete liberation of Mariupol'

The Russian army said on Friday it had "totally liberated" the Azovstal steelworks in the strategic port city of Mariupol in southeast Ukraine after the last Ukrainian soldiers inside surrendered.

"Since May 16, 2,439 Nazis from the Azov (regiment) and Ukrainian troops blocked in the factory have surrendered," Russian defense ministry spokesman Igor Konashenkov said.

He added that Russia's Defense Minister Sergei Shoigu had informed President Vladimir Putin of "the end of the operation and the complete liberation of the (Azovstal) industrial complex and the city of Mariupol".

Konashenkov said the leader of the Azov regiment at the site had surrendered and was evacuated from the factory "in a special armored vehicle" to protect him from "the hatred of Mariupol residents (for him) and their desire to punish him".

The Azov regiment is a former far-right battalion turned National Guard unit renowned for the mettle of its fighters.

"The underground installations of the factory, where the fighters were hiding, have come under complete control of Russian forces," Konashenkov added.