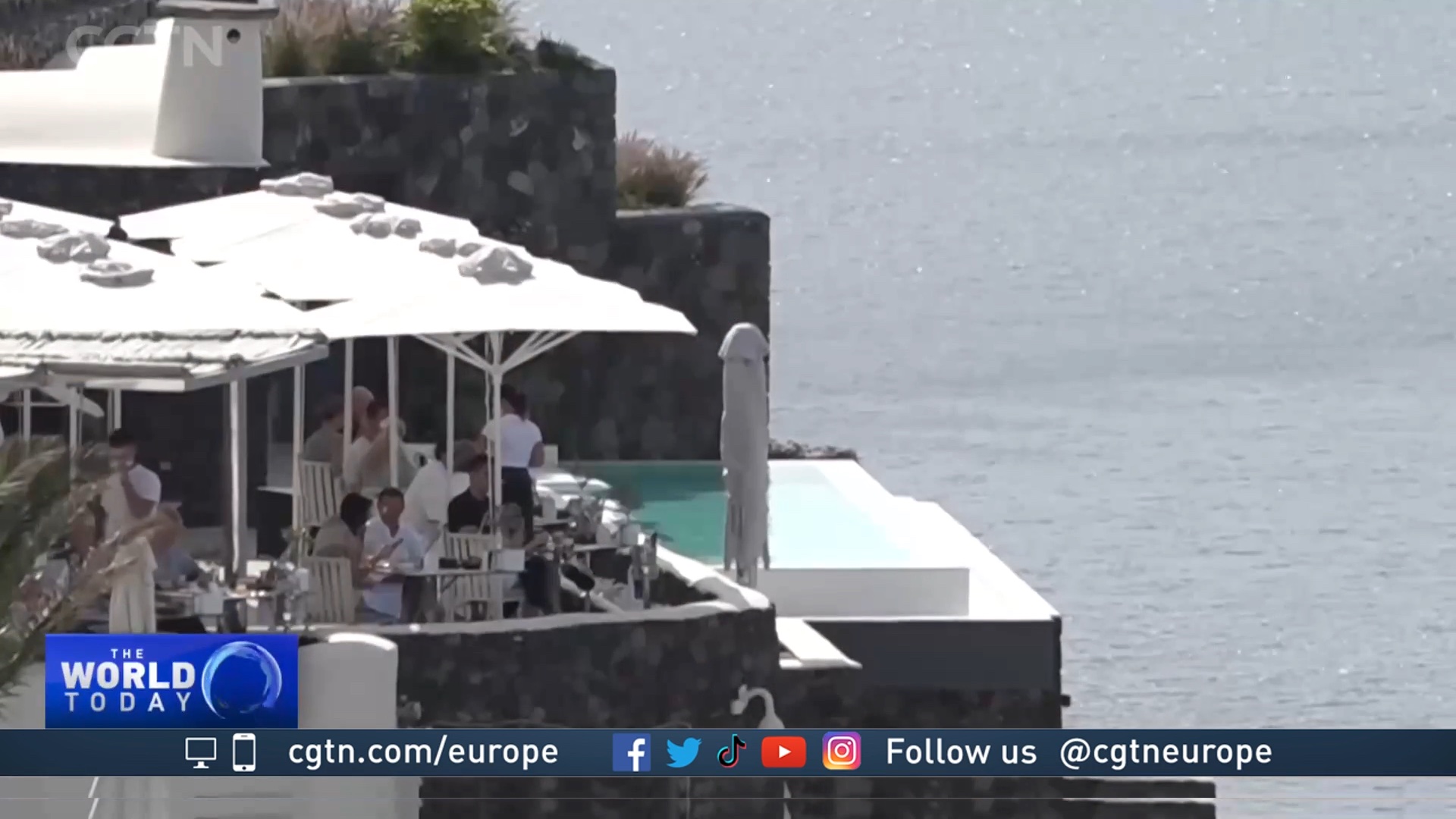 Bars, restaurants and holiday resorts in Greece are looking forward to what they hope will be a busy summer, with COVID-19 travel restrictions set to be relaxed at the end of May.

Many in the tourism sector are expecting a surge in arrivals – but some say there's not enough staff.

Notis Chaldeos runs a family hotel business on the island of Aegina. He's part of the backbone of Greece's tourism economy: without such places, it wouldn't function.

But Chaldeos has a problem. He has lots of shifts to fill at Vagia, his hotel – and not enough people to fill them.

"I have to do everything alone – plumbing, electrical work and even the garden," Chaldeas tells CGTN. "I don't have enough workers, most of them decide to leave Greece for a better pay. This will make us have a big problem."

Vagia is a traditional hotel on the island of Aegina, a seasonal getaway for Athenians. Like so many other Greek islands, it relies on tourism to survive.

But with droves of young Greeks switching to jobs that can be done remotely during the pandemic, the industry is facing staff shortages.

According to the government, the trend towards homeworking means that more than 50,000 tourism sector jobs remain vacant – that's one in every five positions. And Chaldeos says there's been no support from Athens.

Greece is known for its warm weather, its beaches and its crystal clear waters. COVID-19 dealt a huge blow to the tourism industry, and the relaxation of measures at the end of May is promising a more profitable summer.

But some say there aren't enough staff to cope with the surge, and that employees at resorts and hotels will be working more for less – which will have multiplying effects in subsequent years.

"If the issue of staff shortages doesn't get resolved in the next month, the issue will get bigger or even double next year," said Giorgos Xontzoglou, president of the Greek Federation of Food, Tourism and Hotels.

"Imagine if a seasonal worker goes for work somewhere this year and there are shortages: that person will be required to fill in positions that are vacant, as a result of him or her working more hours and positions for the same money.

"That will prevent them from doing it again next year. And I'm afraid that we will reach the point of having good services and products to give to tourists, but no workers."

Europeans are already making reservations and hotels like the Vagia are getting booked up. But it remains to be seen whether there'll be enough staff to offer visitors a five-star service.