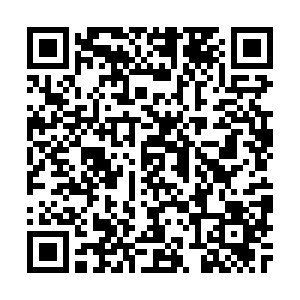 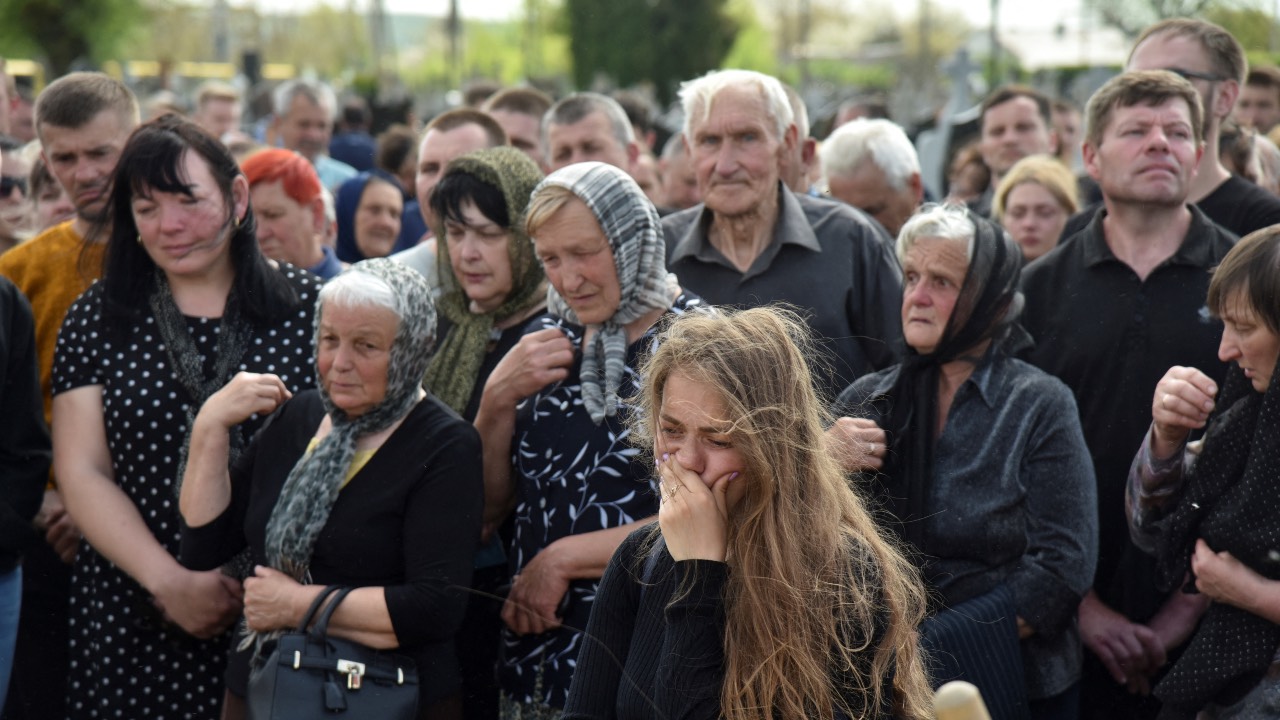 People attend the funeral of a Ukrainian serviceman who died on May 9 near the town of Zolote, Luhansk region. /Pavlo Palamarchuk/Reuters

People attend the funeral of a Ukrainian serviceman who died on May 9 near the town of Zolote, Luhansk region. /Pavlo Palamarchuk/Reuters

• The number of people who have fled Ukraine to escape Russia's military campaign has passed six million in Europe's worst refugee crisis since the end of World War II, U.N. refugee agency said on Thursday.

• Kyiv condemned the "sheer horror" and "pure evil" of Russia's offensive in Ukraine at an extraordinary meeting of the United Nations Human Rights Council about Moscow's alleged violations on Thursday.

• Kyiv said it was holding "difficult" talks with Russia to secure safe passage for 38 badly wounded fighters from the Azovstal steel plant in Mariupol.

• Europe must end its reliance on Russian gas and cut off Moscow's "energy oxygen", Ukrainian Foreign Minister Dmytro Kuleba said Thursday, adding that Moscow had shown itself to be an unreliable supplier.

• Germany's energy regulator said a stop of Russian gas flows through the Yamal pipeline to Europe via Poland was not expected to endanger German supply security.

• NATO chief Jens Stoltenberg welcomed a decision by Finland's leaders to back joining the alliance, and said the eventual membership process would be "smooth and swift". France also fully supported the country's choice to join NATO, the Elysee presidential office said in a statement. U.S. senators promised to move quickly to bring Finland into NATO after the country's leaders voiced support for joining the alliance.

• The Kremlin said Finland's move to join NATO was "definitely" a threat to Russia and that the expansion of the military bloc would not make Europe or the world more stable.

• Russian oil company Lukoil announced it had acquired a Shell subsidiary that operates retail stations in the country, as Western firms continue to leave in the wake of the Ukraine conflict. 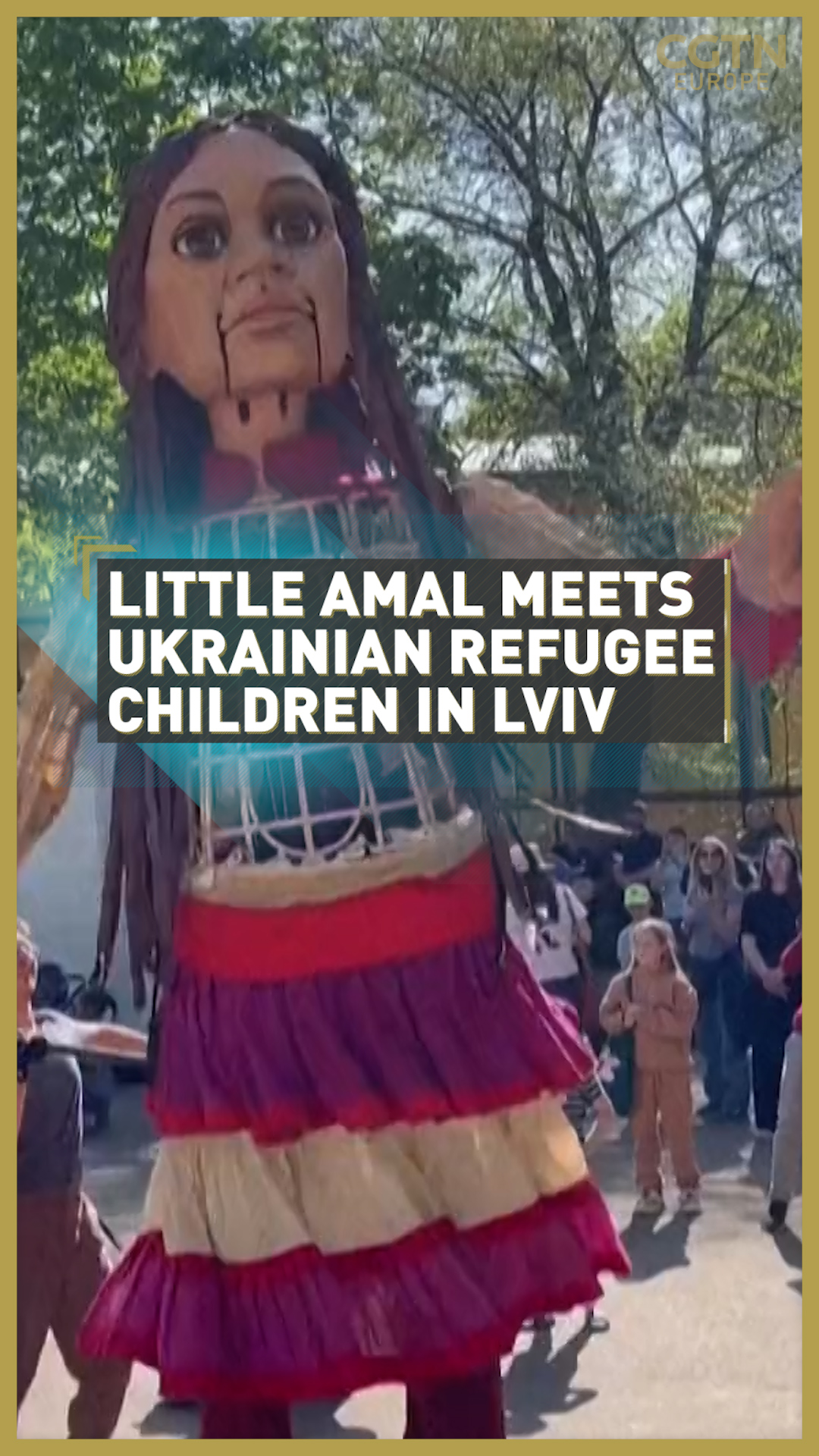 • A Moscow law firm that has filed cases against Apple and Netflix over what it says are consumer rights violations is aiming to "punish" other Western companies that have quit Russia, its senior partner told Reuters news agency.

• Russian President Vladimir Putin said Western countries were worse hit by sanctions imposed on Moscow over Ukraine than Russia, which he insists has been resilient in the face of "external challenges".

• Commerzbank, Germany's second-biggest lender, said it would not part ways with its Russian subsidiary as it reported improved first quarter profits.

• The EU urged member states to urgently find ways to move Ukraine's grain by land in order to break Russia's Black Sea blockade, which has destabilized the world food supply.

• The European development bank raised $1.04 billion in aid for Ukraine at its annual meeting this week, the institution's president said.

• The Kremlin says Russia is prepared to give the most decisive response to any side which tries to get involved in Ukraine and hinder the "special military operation."

• Ukraine announced it will hold its first war crimes trial over the Russian offensive, as Moscow accused Kyiv of shelling a Russian city in the war's latest flashpoint.

• Russia's growing isolation will not create an "acute" global oil supply crunch as production from other countries is rising and demand from China is falling, the International Energy Agency said.

• German industrial conglomerate Siemens said its profits were cut nearly in half in the second quarter as the group announced it would wind down its operations in Russia. 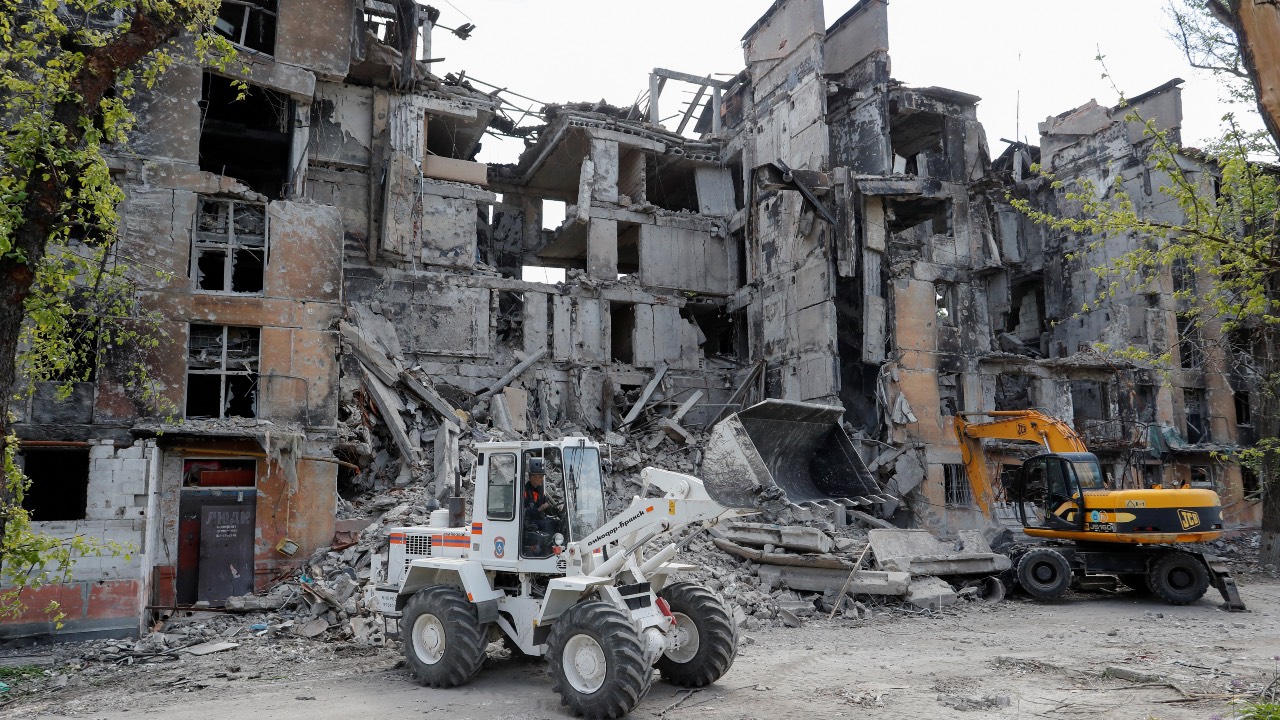 Members of Russia's Emergencies Ministry operate excavators while removing debris of a residential building destroyed during the conflict in the southern port city of Mariupol. /Alexander Ermochenko/Reuters

Members of Russia's Emergencies Ministry operate excavators while removing debris of a residential building destroyed during the conflict in the southern port city of Mariupol. /Alexander Ermochenko/Reuters

'The most gruesome human rights violations'

Kyiv condemned the "sheer horror" and "pure evil" of Russia's offensive in Ukraine at an extraordinary meeting of the United Nations Human Rights Council about Moscow's alleged violations on Thursday.

The UN's top rights body approved a draft resolution calling for an investigation into alleged violations since  the start of the conflict in Ukraine, with a view to holding those responsible to account.

More than 50 countries backed Kyiv's request for a special session of the UN's top rights body to examine "the deteriorating human rights situation in Ukraine stemming from the Russian aggression".

"These have been 10 weeks of sheer horror to the people of my country," Dzhaparova said, speaking from Kyiv.

"Torture and enforced disappearances, sexual and gender-based violence; the list of Russia's crimes is endless.

"Only the world standing strong in solidarity with the Ukrainian people can defeat this pure evil." 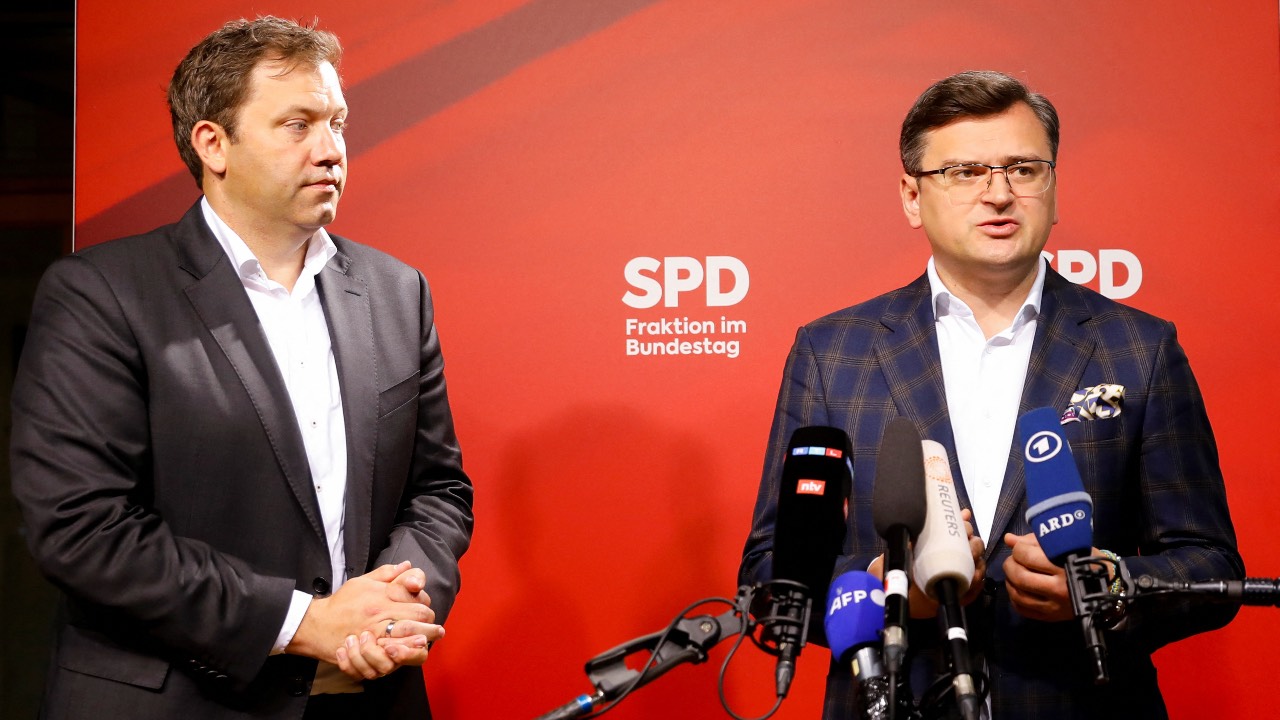 Ukraine wants a spot reserved in the European Union, even if obtaining full membership could take time, Foreign Minister Dmytro Kuleba said on Thursday in Berlin.

"It is not about the fastest possible membership for Ukraine in the EU. But what is very important for us is for this spot to be reserved for Ukraine," he told German broadcaster ARD.

"We hear often that Ukraine belongs in Europe, belongs in the European family, and now it's about reserving this place," he added.

French President Emmanuel Macron warned early this week that it would take "decades" for a candidate like Ukraine to join the EU.

Macron suggested instead that a broader European political community could be created to include members like Ukraine or post-Brexit Britain.

Kuleba, who is in Germany both to meet German political leaders as well as to attend talks with counterparts from the G7 most industrialized nations, said he will discuss further sanctions against Russia over its military campaign in Ukraine.

Another key topic, the ministry said, is the battle against global food shortages sparked by the war.