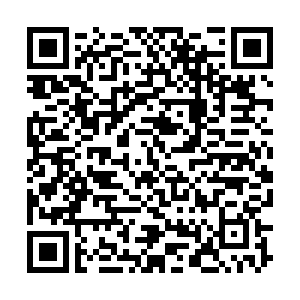 Macron posted this photo on Twitter after a video conference call with China's Xi Jinping./@EmmanuelMacron/

Macron posted this photo on Twitter after a video conference call with China's Xi Jinping./@EmmanuelMacron/

Confrontation exacerbated by a widening political divide fueled by the Ukraine conflict could become a bigger and more lasting threat to global peace than the crisis itself, China's President Xi Jinping told Emmanuel Macron.

China has repeatedly urged European countries to exercise their collective diplomatic autonomy instead of aligning with the U.S. in what Beijing says is a "cold war mentality" and has frequently urged both sides to bring an end to the conflict through peaceful resolution.

"We must be particularly vigilant against the formation of group confrontation, which will pose a bigger and more lasting threat to global security and stability," China's President said in a statement released by Beijing's Ministry of Foreign Affairs.

Xi also said he hopes France will play an active role in promoting China-EU ties as it holds the rotating presidency of the EU and described the relationship during Macron's time as leader as "fruitful."

Macron said the two men restated their commitment to respect for Ukraine's sovereignty.

"I discussed the tragic situation faced by the Ukrainian people because of the Russian aggression. We share the goals of a ceasefire and of respect for Ukraine's territorial integrity and sovereignty," Macron posted on Twitter.

In regards to COVID-19, Macron called on the Chinese authorities to listen to the concerns of the French community, in particular keeping air routes to France open.

Macron said that China and the EU should progress towards a rebalancing of relations in the direction of greater reciprocity.

Despite differences of opinion over the rule of law in Xinjiang and Hong Kong, something China has consistently said is an internal matter, there are areas of alignment between the two nations.

Xi evoked those, celebrating the shared work on the climate crisis, biodiversity protection, and clean energy, along with multilateralism and the global order based on international law.