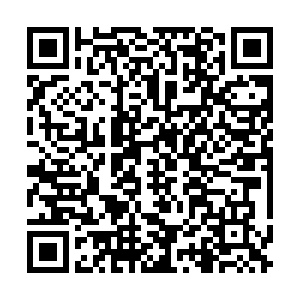 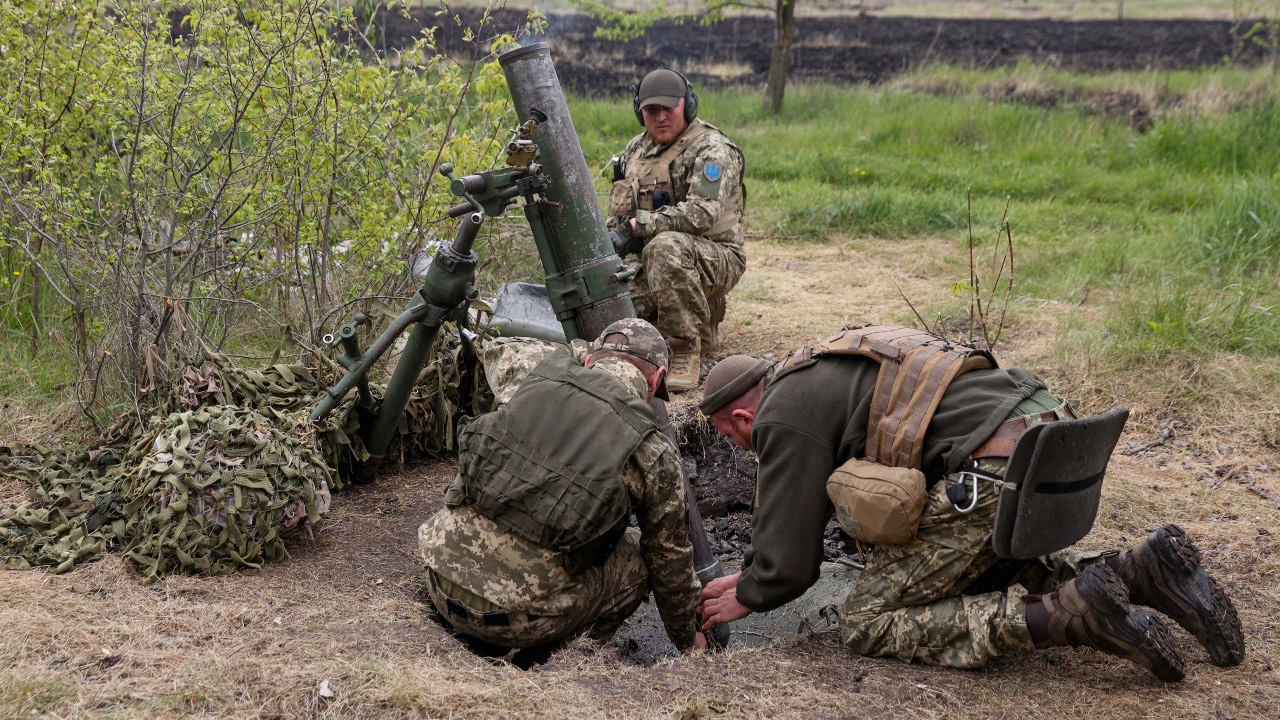 Ukrainian serviceman prepare a mortar for shelling at a position at an unknown location in Kharkiv region, Ukraine. /Serhii Nuzhnenko/Reuters

Ukrainian serviceman prepare a mortar for shelling at a position at an unknown location in Kharkiv region, Ukraine. /Serhii Nuzhnenko/Reuters

• Ukraine's President Volodymyr Zelenskyy, in his statement to mark the anniversary of the Soviet victory over Nazi Germany, said of his country's conflict with Russia, "the road to [victory] is difficult, but we have no doubt that we will win."

• President Vladimir Putin said Russian forces in Ukraine were defending the Motherland from an "absolutely unacceptable threat," as he opened the annual parade marking victory over Nazi Germany in World War II.

• Russian forces used tanks and artillery in "storming operations" at the Azovstal steel plant in Mariupol where the city's last defenders are holed up, Ukraine's defense ministry said on Monday.

• The Russian defense ministry said on Monday that its forces had destroyed a U.S.-made counter-battery radar station near the Ukrainian town of Zolote in the country's east.

• As the conflict in Ukraine drags on, Russia's stockpiles of precision-guided munitions are likely being depleted, leaving it reliant on "ageing" munitions that are less accurate, Britain's military intelligence says.

• French President Emmanuel Macron says peace efforts will not be served by Russia's "humiliation". He told reporters in Strasbourg,"Tomorrow we'll have a peace to build, let's never forget that." 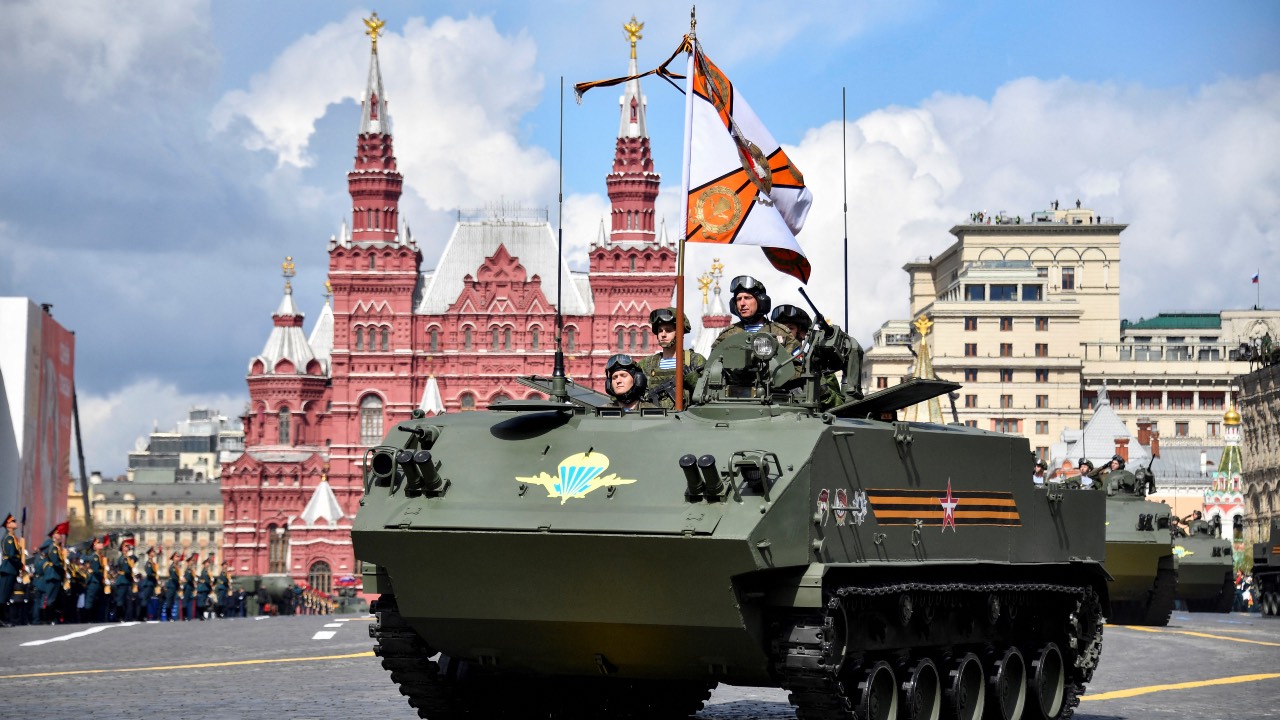 • China's President Xi Jinping held a video conference with German Chancellor Olaf Scholz. Xi told Scholz that all efforts must be made to avoid the Ukraine conflict turning into an "unmanageable situation," Chinese state radio reported.

•  The United States will suspend tariffs on Ukrainian steel for one year, the Commerce Department said, citing the damage Russia's offensive in Ukraine has done to the industry.

• EU chief Ursula von der Leyen was headed to Hungary on Monday to meet Prime Minister Viktor Orban, who is holding up Brussels' plans for an embargo on Russian oil.

• The UN Human Rights Council announced it will convene a special session on Thursday to address alleged Russian human rights violations during its military offensive in Ukraine.

• Von der Leyen says the bloc will give its opinion on Ukraine's membership bid next month but Macron appears to rule out the prospect of the country joining the club in the near future. Macron, whose country currently holds the rotating EU presidency, says joining the bloc would take "decades" and suggests instead that Ukraine and other EU hopefuls like Moldova and Georgia be integrated into a new, yet-to-be-created "European political community."

• European Council President Charles Michel is forced to break off a meeting and take cover from missile fire during a surprise visit to the southern Ukrainian city of Odesa to mark Victory Day. The strike took place as he held talks with Ukrainian Prime Minister Denys Shmygal, an EU official said. 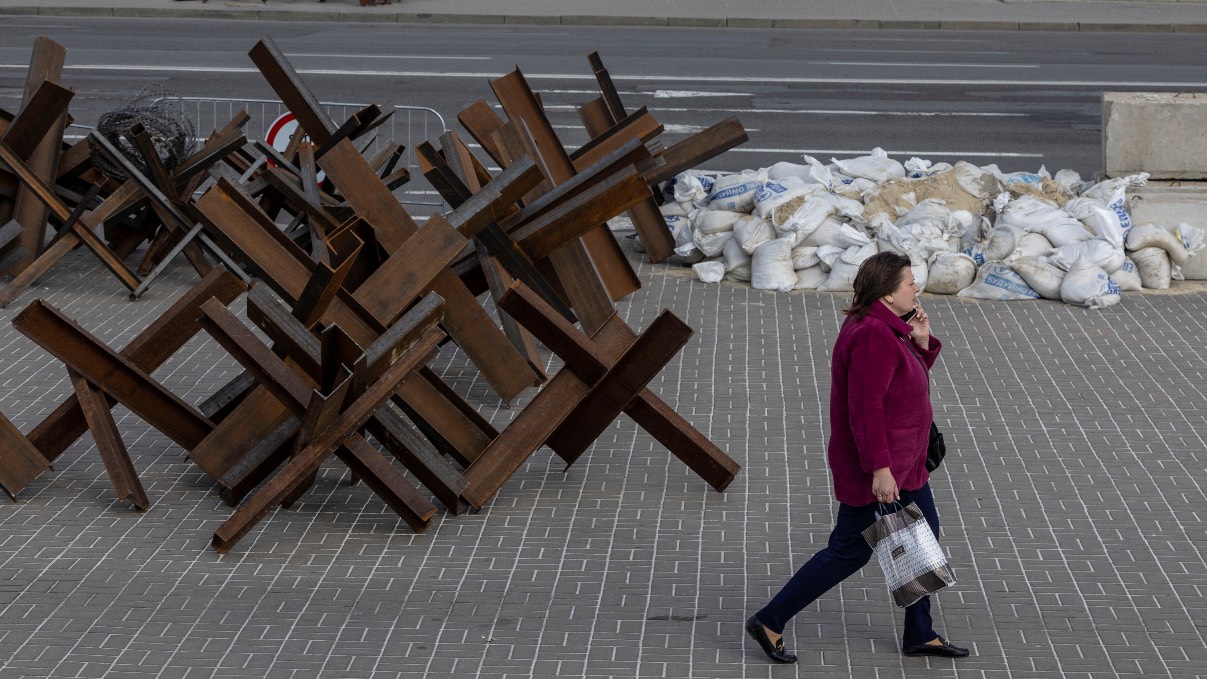 A woman walks by a metro station in downtown Kyiv, as Russia celebrates Victory Day, which marks the 77th anniversary of the victory over Nazi Germany in World War II. /Carlos Barria/Reuters

A woman walks by a metro station in downtown Kyiv, as Russia celebrates Victory Day, which marks the 77th anniversary of the victory over Nazi Germany in World War II. /Carlos Barria/Reuters

The UN Human Rights Council announced it will convene a special session on Thursday to address alleged Russian human rights violations during its offensive in Ukraine.

More than 50 countries on Monday backed a request from Kyiv and demanded an extraordinary meeting of the UN's top rights body to examine "the deteriorating human rights situation in Ukraine stemming from the Russian aggression".

Yevheniia Filipenko, Ukraine's ambassador to the UN in Geneva, said it would send a strong signal to Russian President Vladimir Putin about Moscow's international isolation.

"Together, we are sending another strong message to Putin and his clique of war criminals: you are isolated as never before," she said in a video message on Twitter. "We want to see the UN take practical steps to address Russia's violation of human rights in Ukraine and the war crimes which it commits daily against our people."

This includes an investigation by the Commission of Inquiry into Russia's crimes committed in Bucha and other liberated areas Filipenko revealed.

"This is also an opportunity for the international community to focus on the situation in Mariupol, as well as forced transfers of our population, and other violations and abuses against innocent Ukrainian civilians. We will not rest until we ensure that those who commit these crimes are held to account," she said.

The meeting will convene at 0800 GMT and be webcast live in the six official UN languages. 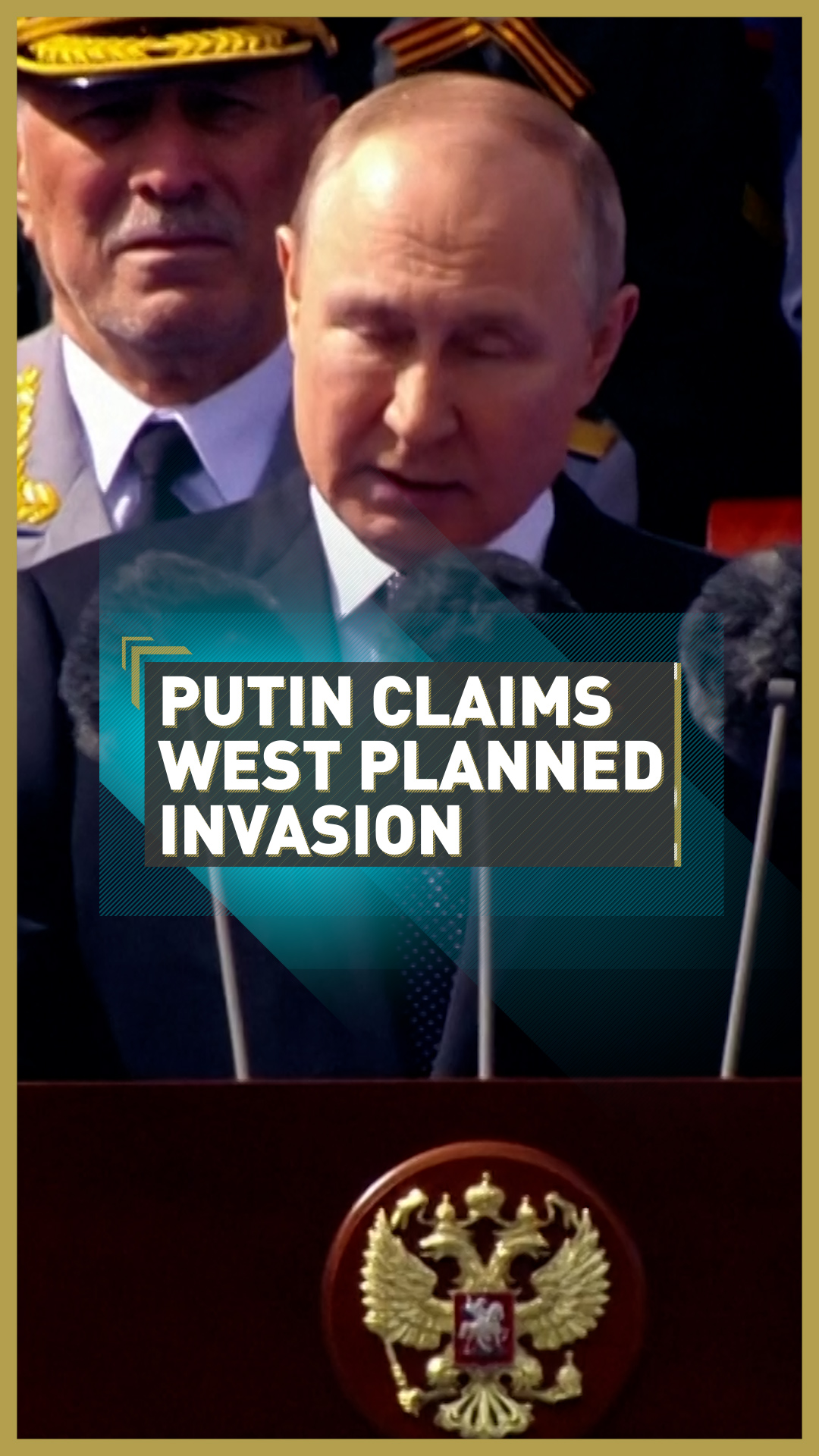 Putin pledges to help the families of fallen soldiers

Putin evoked the memory of Soviet heroism in World War II on Monday to urge his army towards victory in Ukraine but acknowledged the cost in Russian lives as he pledged to help the families of fallen soldiers.

Addressing massed ranks of service personnel on Red Square on the 77th anniversary of victory over Nazi Germany, Putin condemned what he called external threats to weaken and split Russia, and repeated familiar arguments that he had used to justify Russia's military offensive - that NATO was creating threats right next to its borders.

He directly addressed soldiers fighting in the Donbas region of eastern Ukraine, which Russia has pledged to "liberate" from Kyiv's control.

"You are fighting for the Motherland, for its future, so that no one forgets the lessons of World War II. So that there is no place in the world for executioners, punishers and Nazis," he said.

Putin's speech included a minute of silence. "The death of each one of our soldiers and officers is our shared grief and an irreparable loss for their friends and relatives," said Putin, promising that the state would look after their children and families.

But his 11-minute speech, on day 75 of the conflict, was largely notable for what Putin did not say.

He did not mention Ukraine by name, gave no assessment of progress in the war, and offered no indication of how long it might continue. There was no mention of the battle for Mariupol, where Ukrainian defenders holed up in the ruins of the Azovstal steel works are still defying Russia's assault.

Putin has repeatedly likened the conflict - which he casts as a military operation against dangerous "Nazi"-inspired nationalists in Ukraine - to the challenge the Soviet Union faced when Adolf Hitler invaded in 1941.

Ukraine's President Zelenskyy has said it is Russia that is staging a "bloody re-enactment of Nazism" in Ukraine.