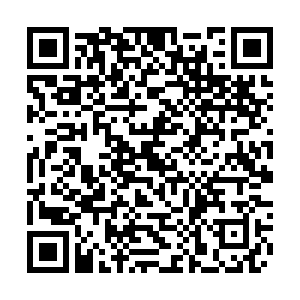 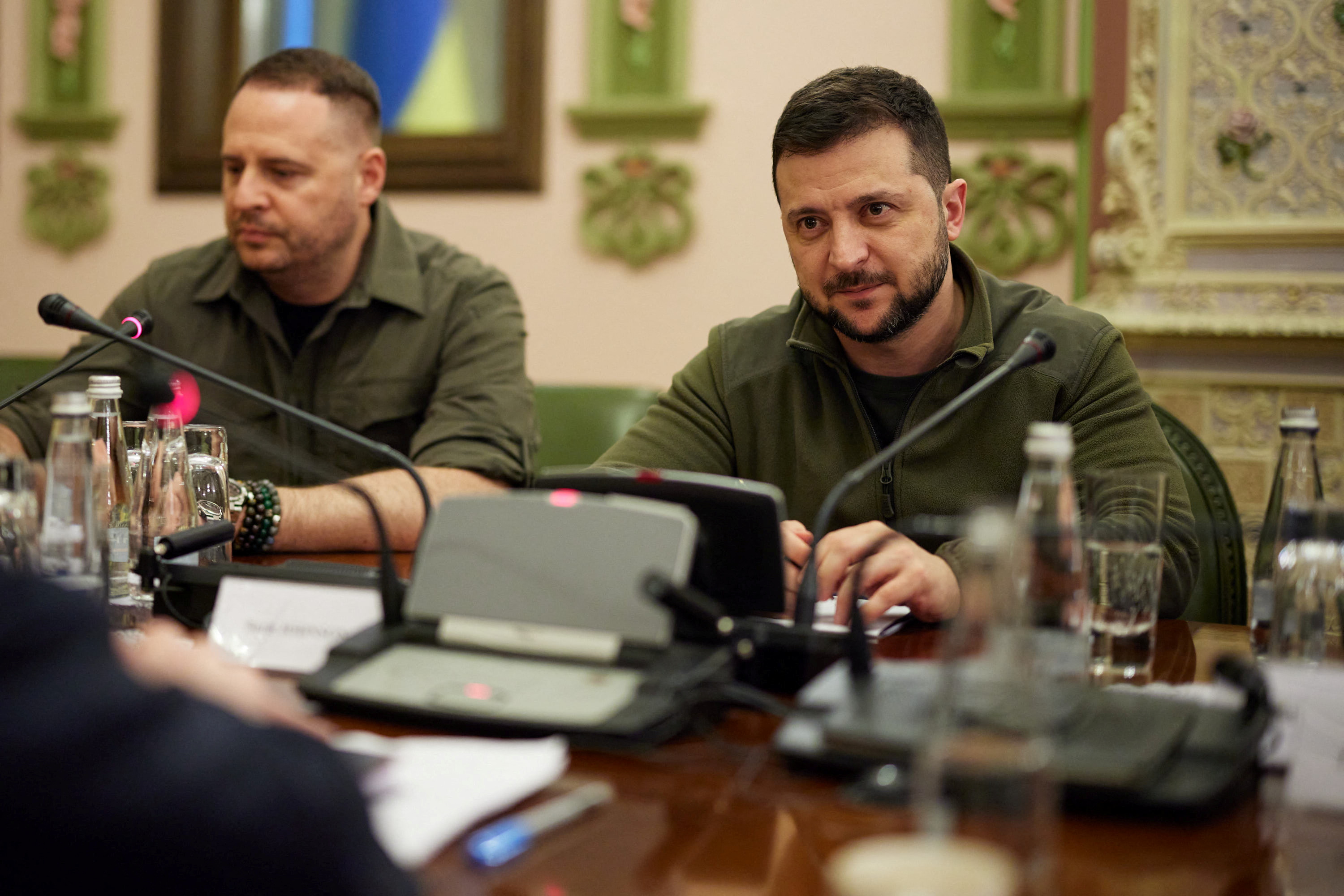 • President Volodymyr Zelenskyy says "evil" has returned to Ukraine as he spoke on Victory Day to commemorate the end of WWII and the surrender of Nazi Germany. The life that soldiers fought for in that war came to an end on February 24 when Russian forces invaded, he said in a video message.

• The entire G7 club of rich nations is "committed to phasing out or banning the import of Russian oil," the White House said.

"This will hit hard at the main artery of Putin's economy and deny him the revenue he needs to fund his war," the Biden administration said in a statement.

• As many as 60 people are feared to have been killed at a village school in Luhansk from Russian bombing, regional governor Serhiy Gaidai has said. The bomb was dropped at the school in Bilohorivka where around 90 people were sheltering, leading to a massive fire.

• German Chancellor Olaf Scholz stood firm on his policies in Ukraine in an address to the nation, saying Germany will help Kyiv but won't give in to every demand.

Scholz said Germany has along with allies imposed unprecedented sanctions against Moscow, delivered weapons to Ukraine and offered refuge to Ukrainians. "At the same time we won't simply do everything that one or the other demands," he said.

• Russia's defense ministry has said it has sunk a Ukrainian navy ship near Odesa in a missile strike. It also claimed to have shot down two SU-24 bombers and a Mi-24 helicopter over Snake Island in the Black Sea.

• The U.S. first lady met her Ukrainian counterpart Olena Zelenska at a school sheltering civilians, including children displaced by the conflict, near Ukraine's border with Slovakia.

"I wanted to come on Mother's Day," sid Jill Biden. "I thought it was important to show the Ukrainian people that this war has to stop and this war has been brutal and that the people of the United States stand with the people of Ukraine."

The video showed a vessel being hit by the drone, before being engulfed in smoke and flames. Footage also showed a further drone attack on a building shortly after people were seen moving around it.

• Ukraine's last soldiers in the port city of Mariupol face a showdown with the Russian army as the invading forces seek a complete takeover ahead of the country's victory day. The Azov battalion are leading the defense of the steelworks and a soldier was killed and six injured in attempts to evacuate people by car.

• Intense fighting is continuing in the Kharkiv region as Ukrainian forces attempt a counter-attack and retake control of the area from the Russians. The Ukrainians claimed on Saturday they had taken five villages in the north east of the city.

• The president of the German parliament Baerbel Bas was in Kyiv to commemorate victims of WW2 and to hold political talks, a parliament official said on Twitter. Enrico Brissa, Bundestag's chief of protocol, posted on Twitter pictures of Baerbel arriving on a train and her meeting with Ukrainian Prime Minister Denys Shmyhal.

• French President Emmanuel Macron marked the anniversary of the Allies' victory over Nazi Germany in World War II, overshadowed this year by the war in Ukraine. Paris' traditional WWII commemorations began on the Champs-Elysees avenue, with the president laying a wreath at the statue of Charles de Gaulle.

• European diplomats are locked in difficult negotiations on the terms of the EU's sixth round of sanctions against Russia with several members seeking guarantees for their oil supplies. The package suggested last week by the European Commission would see most EU members halting oil imports from Russia by the end of the year, to punish Moscow for invading Ukraine.

• Hungary, Slovakia and the Czech Republic have been offered permission to continue importing Russian oil until the end of 2024 in the EU's negotiations over sanctions - but they also want help securing new sources of oil and retooling their refineries.

Budapest wants a five-year period to wean itself off Russian oil and will need a new pipeline with Croatia, which has access to the sea. 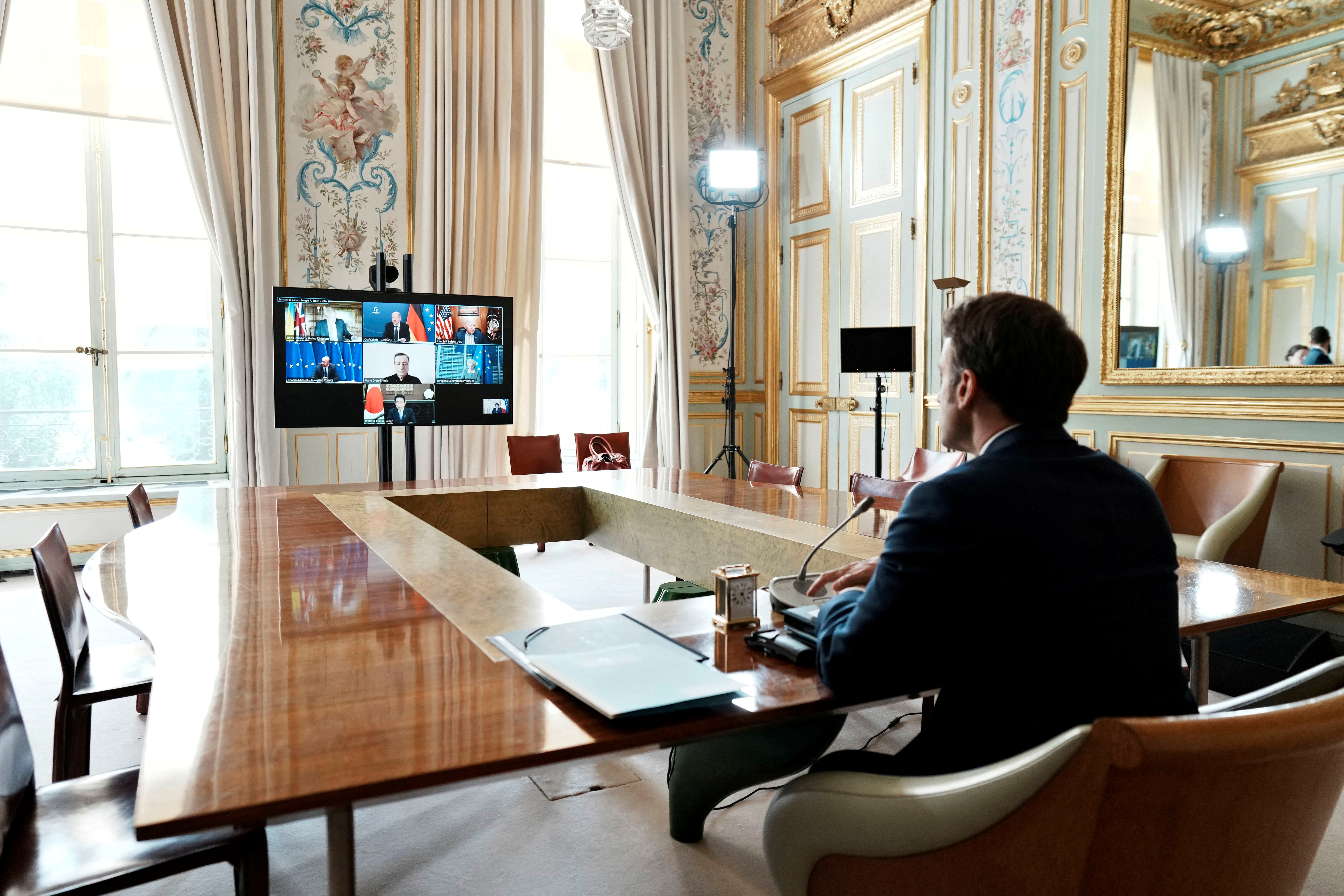 Ukraine's President Volodymyr Zelenskiy said evil had returned to Ukraine as he gave an emotional address for Victory Day, when Europe commemorates the formal surrender of Germany to the Allies in World War Two.

The life that soldiers fought for in that war came to an end on February 24 when Russian forces invaded, he said in a video message.

"The evil has returned. Again!" Zelenskiy said. "In a different form, under different slogans, but for the same purpose."

But he said Ukraine and its allies will win.

"No evil can escape responsibility, it cannot hide in a bunker," he added.

Nazi leader Adolf Hitler spent the last days of his life in a bunker in Berlin where he committed suicide in the final days of the war.

Moscow calls its actions since February 24 a "special military operation" to disarm Ukraine and rid it what it calls "Nazis" and anti-Russian nationalism fomented by the West. Ukraine and the West say Russia launched an unprovoked war of aggression.

The invasion in Ukraine has killed thousands and displaced nearly 10 million people. It has left Russia in the grip of tough Western sanctions, and has raised fears of a wider confrontation between Russia and the West.

In Russia, Victory Day on May 9 is one of the country's most important national events - a remembrance of the enormous sacrifices made by the Soviet Union in defeating Nazi Germany. 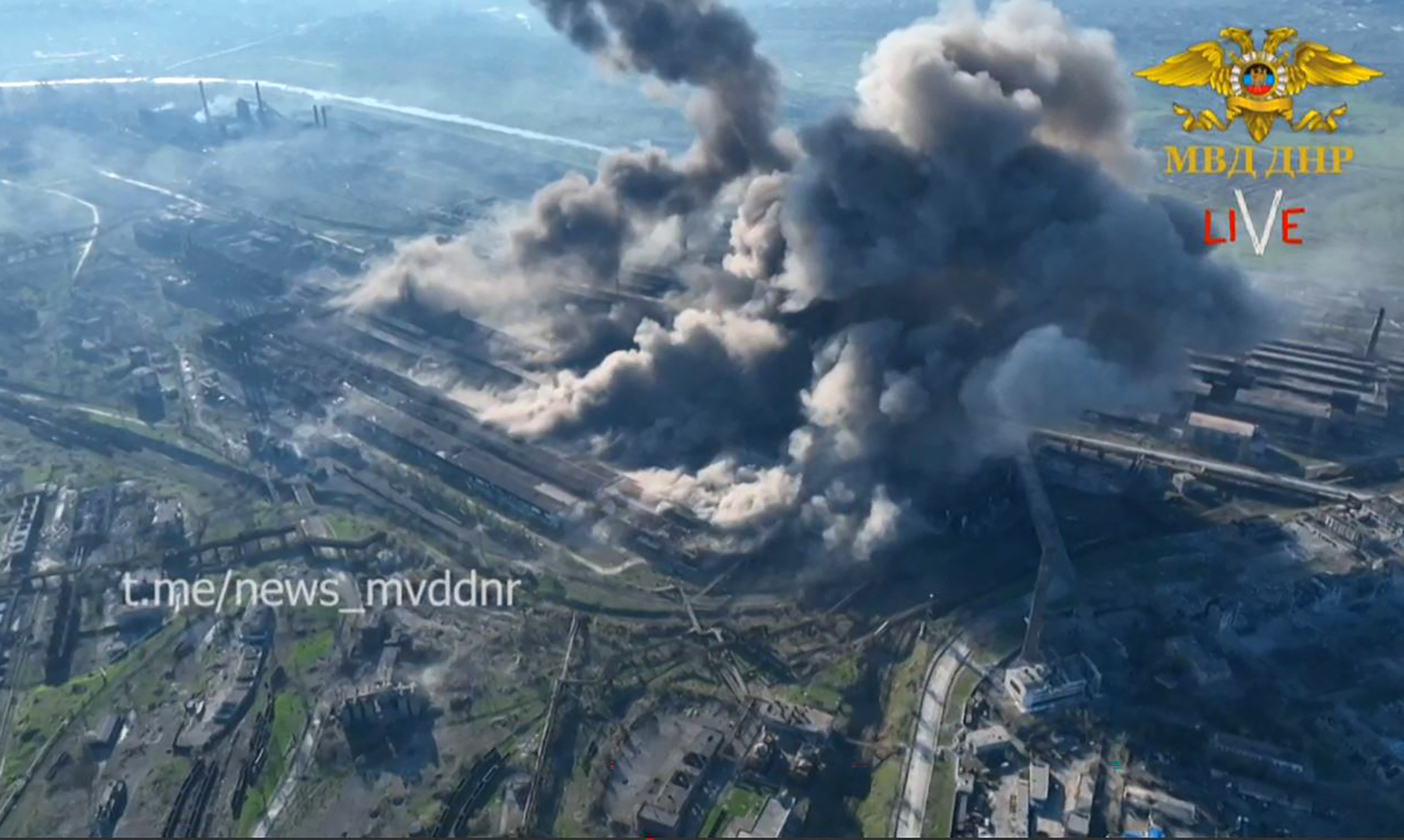 Cover picture: U.S. first lady Jill Biden reaches out to hug Olena Zelenska, wife of Ukraine's President Volodymyr Zelenskiy, at the end of their visit to a public school that has taken in displaced students in Uzhhorod, Ukraine. Susan Walsh/Pool via Reuters.