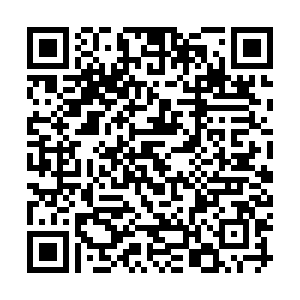 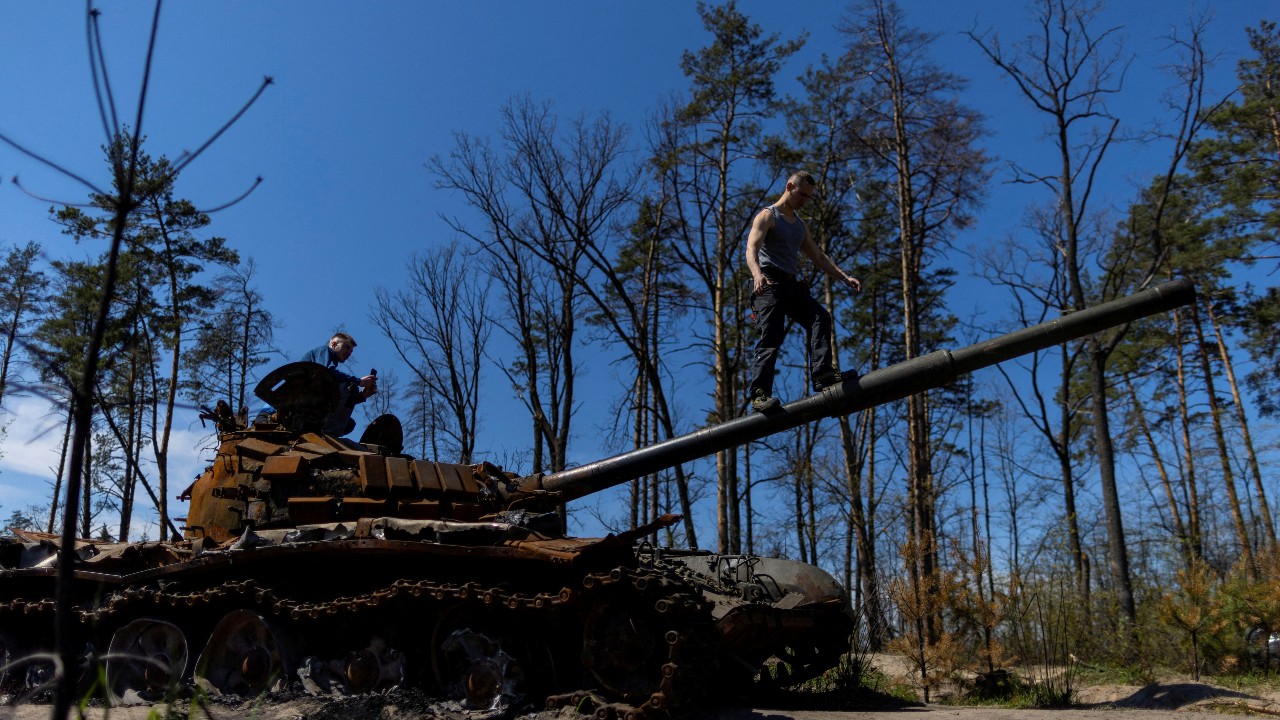 • Ukraine is working on a diplomatic effort to save defenders trapped in Mariupol's Azovstal steelworks and this involves influential intermediaries and states, President Volodymyr Zelenskyy said.

• Fifty more people have been evacuated from the Azovstal steelworks, according to the self-declared Donetsk People's Republic's territorial defense HQ, cited by Russia's Interfax news agency.

• Shelling and bombing continued along the whole frontline in the Donetsk region, the Ukrainian military said. It said that in Donetsk and Luhansk regions, Ukrainian forces repulsed eight attacks, destroying three tanks and eight artillery systems.

• Pro-Russian separatists in Moldova said four suspected drones had hit the Rybnitsa district of Transnistria, near the Ukrainian border. Ukraine has repeatedly claimed Russia is staging false-flag attacks to provoke war, which Moscow denies. See IN DETAIL, below

• Russia's defense ministry said it had destroyed a stockpile of military equipment from the U.S. and European countries near the Bohodukhiv railway station in the Kharkiv region. The ministry said it hit 18 Ukrainian military facilities overnight, including three ammunition depots in Dachne, near Odesa.

• Biden announced a package of security assistance to Ukraine that will provide additional artillery munitions, radars and other equipment that a U.S. official separately said was worth $150 miillion.

• The UK government will give Ukraine 287 mobile generators in addition to 569 generators it has already donated. The UK has also relaxed rules on support for overseas fossil fuels, to boost energy supply to Ukraine.

• The Italian government ordered police to impound a $700 million yacht believed to be linked to Russian President Vladimir Putin.

• G7 leaders will hold a video call on Sunday with Zelenskyy in a show of unity the day before Russia marks its Victory Day holiday, the White House said. 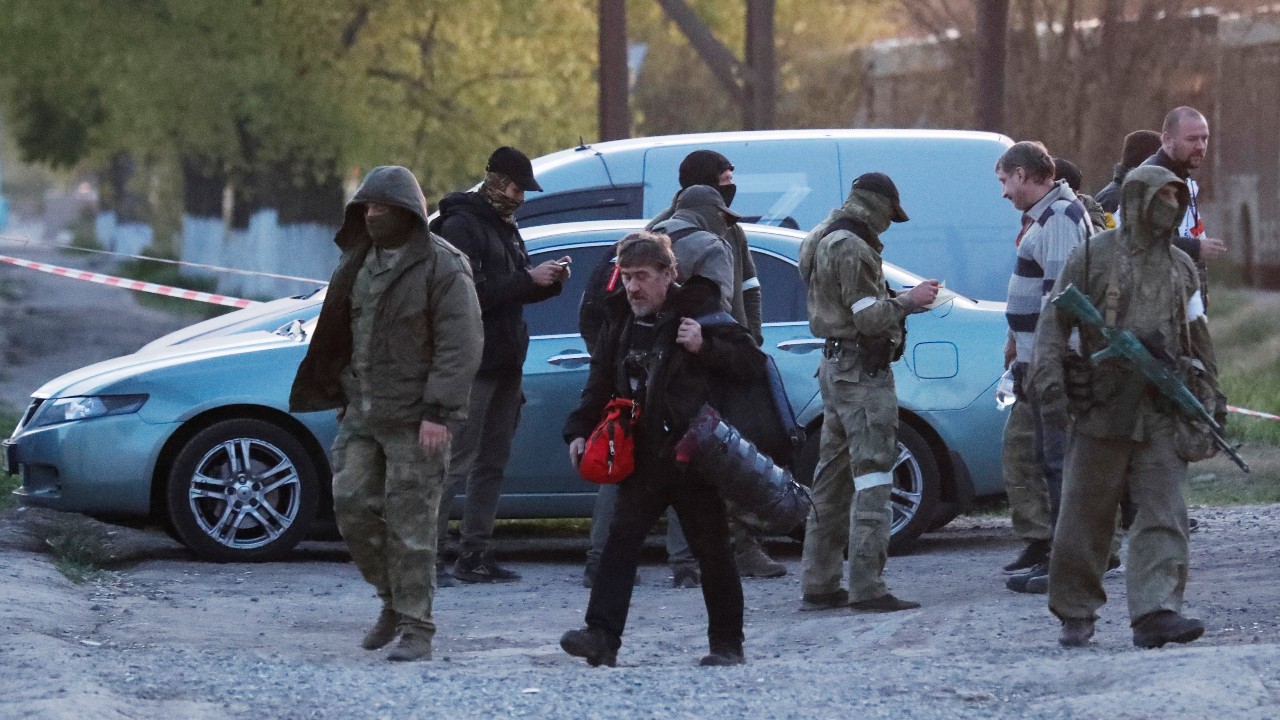 A man evacuated from Azovstal steel plant in Mariupol arrives at a temporary accommodation center in the village of Bezimenne. /Alexander Ermochenko/Reuters

A man evacuated from Azovstal steel plant in Mariupol arrives at a temporary accommodation center in the village of Bezimenne. /Alexander Ermochenko/Reuters

Pro-Russian separatists in Moldova said on Saturday their region had been hit four times by suspected drones overnight near the Ukrainian border.

Nearly two weeks of similar reported incidents in the Transnistria breakaway region have raised international alarm that Russia's war in Ukraine could spread over the frontier.

Transnistria's interior ministry released photos of craters that it said had been gouged by the strikes overnight. It said nobody had been hurt in the attacks, which took place in the Rybnitsa district in the north of the region. Russian troops guard a military base with a large Soviet-era ammunition dump in the district on the Ukrainian border.

The ministry's statement did not say who was suspected of being behind the latest strikes. Ukraine has repeatedly denied any blame for the incidents in Transnistria, saying it believes Russia is staging false-flag attacks to provoke war. Moscow, too, has denied blame.

Russia has had a small force of peacekeepers in the separatist region for 30 years, and the reported incidents have raised international concern that they could be drawn into the conflict. Moldova's pro-Western government says it suspects "pro-war" factions among the separatists themselves.

A senior Russian commander said last month that Russia planned to take full control of southern Ukraine, and that this would improve Russian access to Transnistria.

Russia calls its actions in Ukraine a "special operation" to disarm the country and protect it from fascists. Ukraine and the West say the fascist allegation is baseless and that the war is an unprovoked act of aggression.