An elderly man stands in front of an apartment damaged by a missile explosion in Kramatorsk, eastern Ukraine. /Yasuyoshi Chiba/AFP

An elderly man stands in front of an apartment damaged by a missile explosion in Kramatorsk, eastern Ukraine. /Yasuyoshi Chiba/AFP

• A new UN convoy was heading to the Azovstal steelworks in Mariupol to try to evacuate civilians, its humanitarian chief said on Thursday.

• Russia "violated" a promised truce at Mariupol's steelworks, where Ukrainian forces are making a last stand in the city, a Ukrainian commander said on Thursday, pleading for help for "dying" soldiers and the evacuation of civilians. The Kremlin denied that its forces were storming the plant and said humanitarian corridors were currently operating there.

• Russian President Vladimir Putin told Israeli Prime Minister Naftali Bennett in a phone call on Thursday that Russia was still ready to provide safe passage for civilians from the besieged Azovstal steel works in Mariupol, the Kremlin said. Putin also said that Kyiv should order Ukrainian fighters holed up in Azovstal to put down their weapons.

• The two leaders also discussed the Ukraine crisis and the Holocaust amid tensions over Moscow's remarks regarding Adolf Hitler. Bennett said that Putin had apologized for his foreign minister's comments claiming Adolf Hitler had Jewish origins and that he had accepted the apology.

• World Health Organization states will consider a resolution against Russia next week following its offensive in Ukraine, including the possible closure of a major regional office in Moscow, a document obtained by Reuters news agency showed on Thursday. 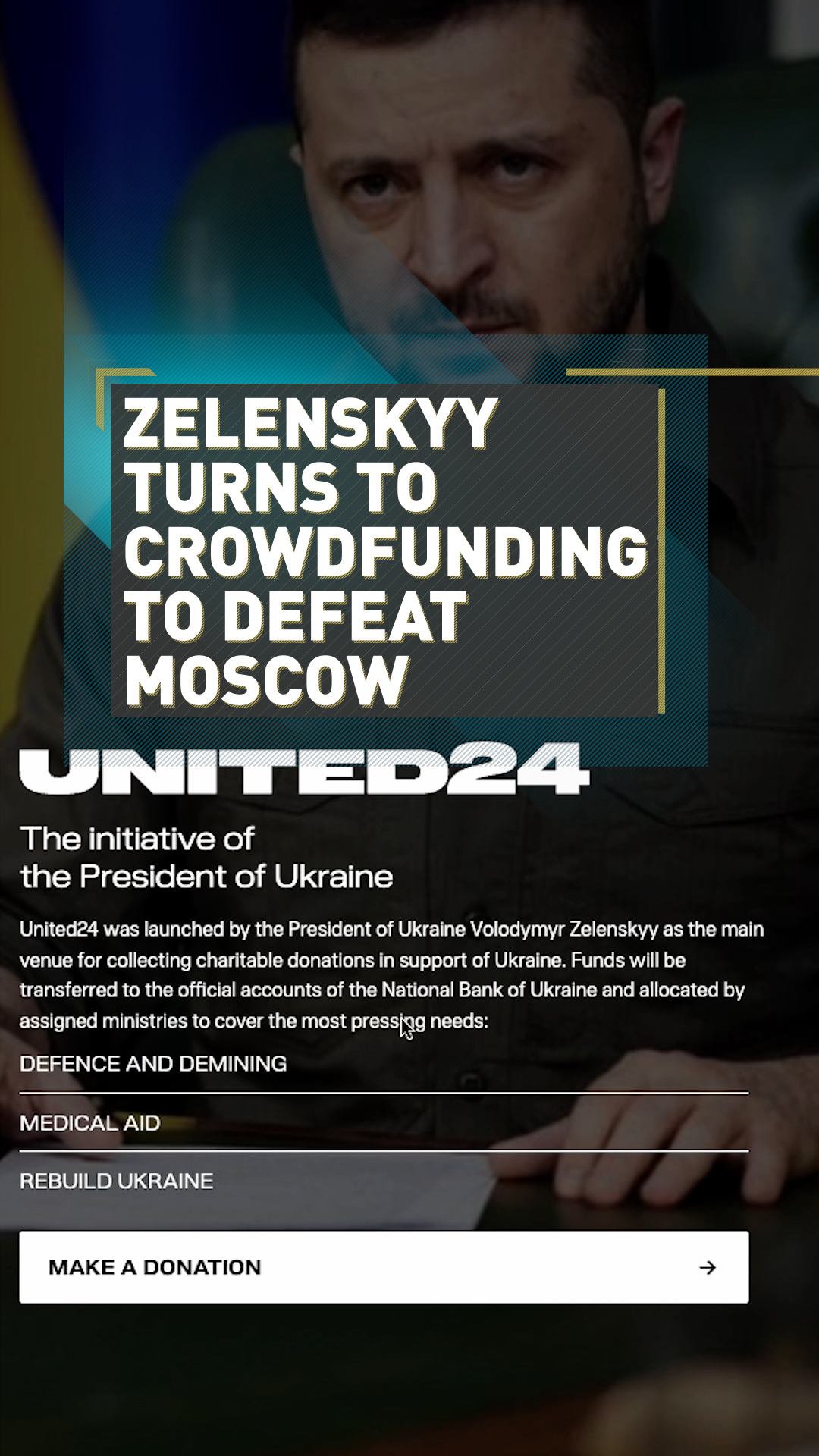 • The U.S. has provided intelligence that helped Ukrainian forces kill about 12 Russian generals, the New York Times reported on Wednesday. The Kremlin spokesman Dmitry Peskov said intelligence provided to Ukraine would not stop Russia from achieving its objectives.

• Russia said Western aid to Kyiv had slowed its offensive in Ukraine but would not thwart its victory.

• France will increase its overall financial aid to Ukraine this year to $2 billion from $1.7 billion, President Emmanuel Macron said in a video address to an international donors' conference in Warsaw. Ukraine has received over $12 billion in weapons and financial aid according to Kyiv. A woman stands in her living room in front of shattered window panes covered with plastic sheets in Dobropillia, eastern Ukraine. /Yasuyoshi Chiba/AFP

A woman stands in her living room in front of shattered window panes covered with plastic sheets in Dobropillia, eastern Ukraine. /Yasuyoshi Chiba/AFP

'The countries of the free world have to bring aid'

"When Russia brings death, the countries of the free world have to bring aid and I think this conference here in Warsaw showed an enormous amount of solidarity amongst all of us."

Ukrainian President Volodymyr Zelenskyy spoke via video link at the conference organized by Poland and Sweden with EU participation. He called on the bloc to grant it EU candidate status "right now."

"Ukraine's membership in the European Union must be an absolute reality, not just promises or prospects, but practical steps," he said.

He also called on partner countries to take part in a patronage project in Ukraine "to ensure the full recovery of these regions, cities and industries."

At the conference, European Commission President Ursula von der Leyen announced €200 million in new aid for displaced people in Ukraine on the occasion of the conference.

"Today, we came together with a clear purpose: to support the brave people of Ukraine, who fight the aggressor and stand up for their freedom," she said. "Today, the European Union answered the call, once more, to support Ukraine. On behalf of the European Commission, I pledged €200 million for Ukraine."

EU chief Charles Michel for his part, said at the conference that "our solidarity efforts will focus on three key areas: humanitarian support, short-term liquidity needs, and reconstruction." Shell reported a record first-quarter profit of $9.13 billion on Thursday, boosted by higher oil and gas prices, stellar refining profits and the strong performance of its trading division.

The last of the energy majors to report results, Shell joins sector rivals, including BP and TotalEnergies, in making big profits from the commodity price volatility stoked by Russia's military campaign in Ukraine that began on February 24.

It beat its previous highest quarterly profits recorded in 2008 even after writing down $3.9 billion post-tax as a result of its decision to exit operations in Russia. It is also winding down oil and gas trading with Russia.

Shell's shares rose 3.3 percent in early trading, outperforming the 1.8 percent rise of an index of oil and gas companies.

By the end of this year, Shell said it would stop all of its long-term Russian crude oil purchases, except two contracts with a "small, independent Russian producer" that it did not name.

Shell, the world's largest LNG trader, said sales of the fuel rose by 9 percent in the quarter to 18.3 million tonnes. LNG is seen as crucial to ending Europe's reliance on Russian pipeline gas.

The European Union's chief executive on Wednesday proposed a phased oil embargo on Russia that – if backed by member states – would be a watershed for the world's largest trading bloc given its dependence on Russian fuel, although the bloc has yet to work on a gas ban.

Shell maintains $1 billion in value of Russian assets on its balance sheet, including for petrol stations, a lubricants plant and future dividends from its stake in Sakhalin-2 LNG project, a spokesperson said.