Download
In their hands: Boris Johnson's future may rest on local elections
CGTN 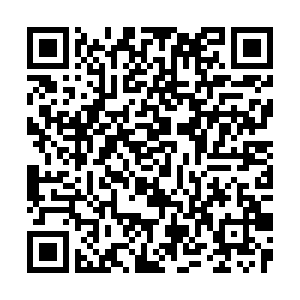 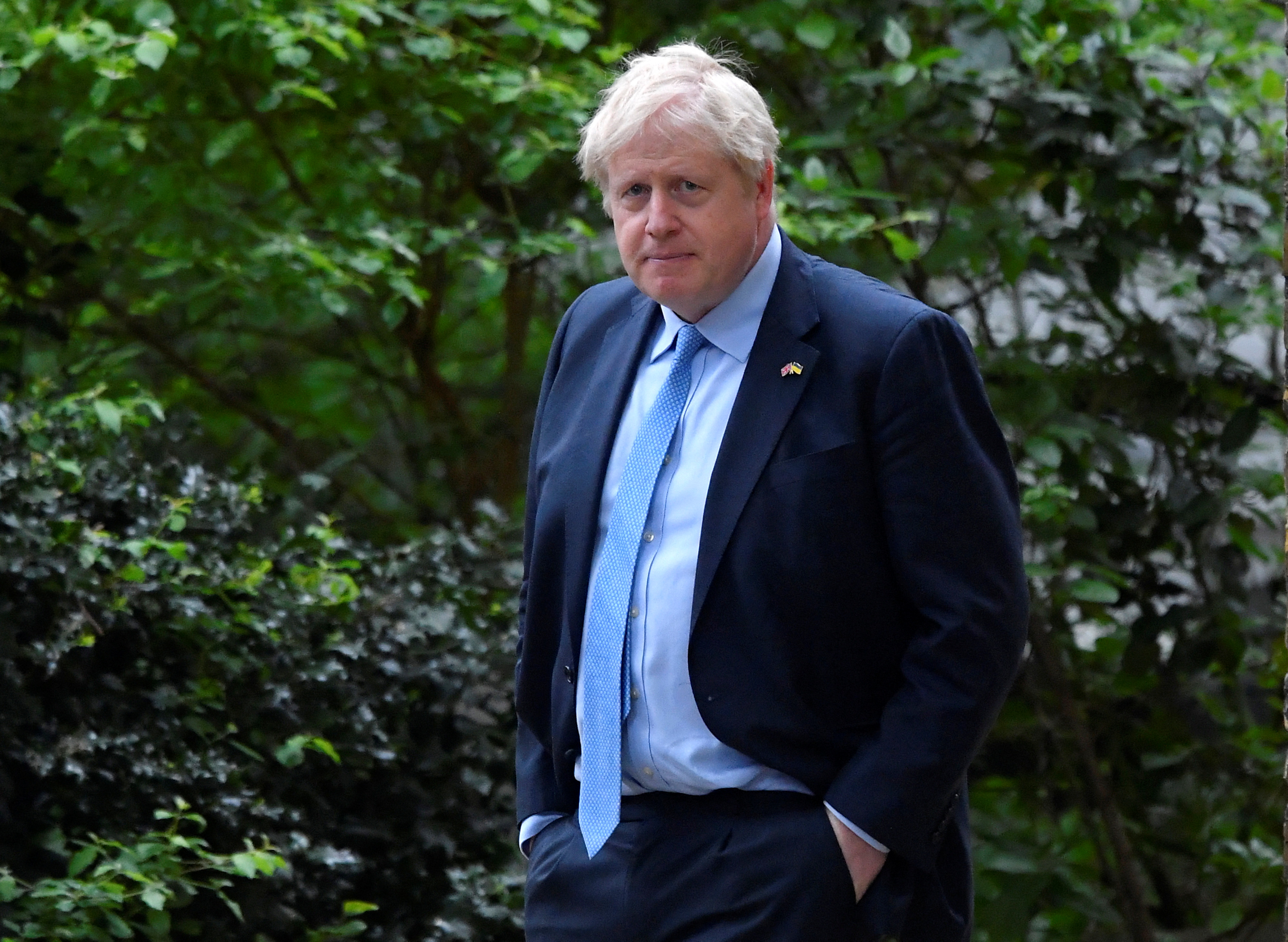 Voters go to the polls in the UK on Thursday, in a mid-term test for the Conservative government that could determine beleaguered Prime Minister Boris Johnson's future.

Although strictly local-council elections, their results will be seen as a barometer of support for Johnson's Conservatives nationally, as well as an indicator of whether the opposition Labour party poses a serious threat.

Johnson, 57, won a landslide general election victory in December 2019 on a promise to break years of political deadlock and deliver Brexit – the country's divisive departure from the European Union (EU).

But his position has looked increasingly fragile, because of damaging evidence of lockdown-breaking parties at Downing Street and an inflationary surge that is squeezing voters' incomes.

Not all UK councils are contesting elections. In England, 4,360 seats are up for grabs on 146 councils, in major conurbations including Birmingham, Leeds and Manchester, and all 32 London boroughs.

In addition, Northern Ireland is voting for all 90 members of the legislative assembly (MLAs), the devolved administration in Belfast, in a crucial ballot.

Just over half the councils in England will be counted after the close on Thursday, with the remainder from Friday morning.

Counting starts on Friday morning in Scotland, Wales and Northern Ireland, with full results expected in the evening.

In England and Northern Ireland, the polls are open to British citizens and people from the EU or Commonwealth countries resident in the UK aged 18 or over.

In Scotland and Wales the voting age is 16.

A police investigation last month into lockdown-breaking parties in Downing Street saw Johnson become the first British prime minister to be fined for breaking the law while in office.

Irate Tory MPs, mindful of public outrage at double standards and denials, had looked set to force a no-confidence vote on his leadership in January.

But Russia's February attack on Ukraine, during which Johnson has shown hawkish support for President Volodymyr Zelenskyy, took the heat out of any mutiny.

An analysis by pollster Find Out Now and political consultancy Electoral Calculus suggested the Conservatives could lose some 800 council seats and Labour gain control of about 20 councils.

A poor performance in local elections can lead to the ousting of an unpopular prime minister. Johnson's predecessor Theresa May lost some 1,330 seats in May 2019 and within a month announced she would step down.

Local issues play an important part in voting intentions, but national ones usually come to the fore in these elections.

Despite widespread disgust among the UK electorate over Johnson's role in 'Partygate', pollsters say this not proved the key election issue for voters. The cost-of-living crisis, with UK energy bills rising 50 percent this winter and rising food prices, is thought to be the dominant issue.

Polling indicates Labour will win the most seats in England. While an electoral drubbing could be terminal for Johnson, there will conversely be pressure on Labour leader Keir Starmer if his party does not make plentiful gains, and gain a strong second place in its former heartlands of Scotland. 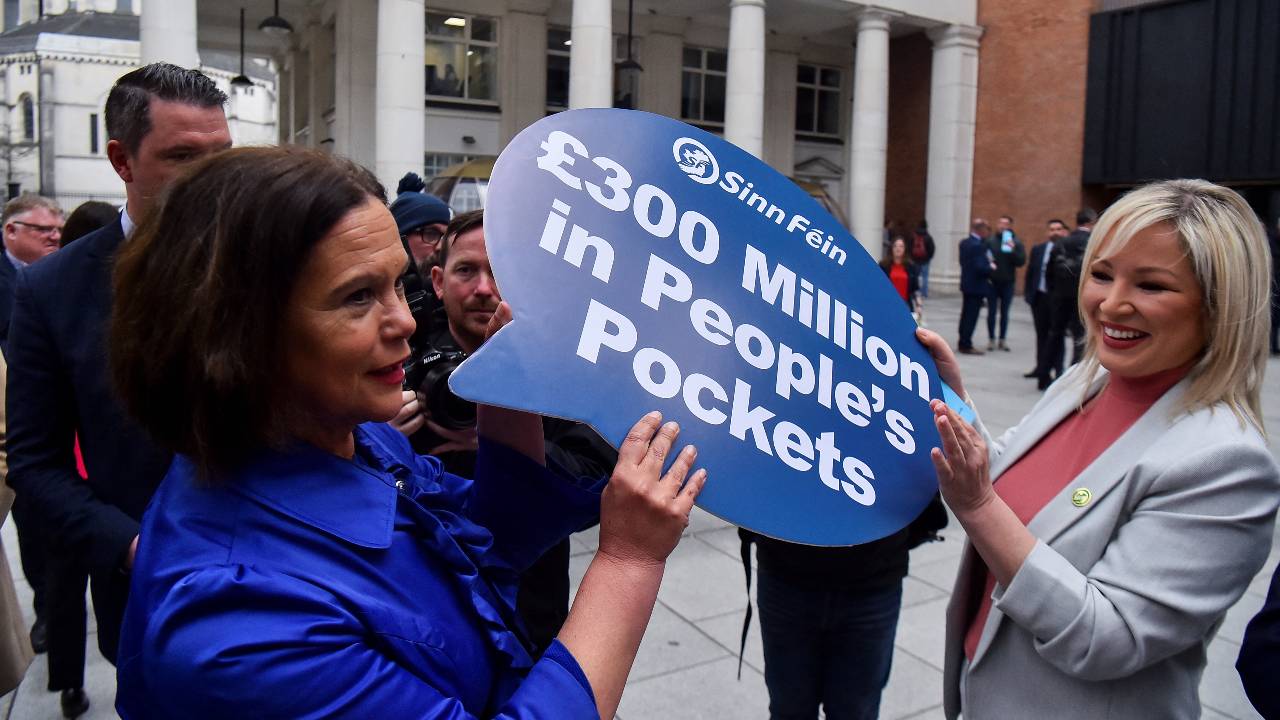 President of Sinn Fein Mary Lou McDonald and its Northern Ireland leader, Michelle O'Neill, hold a placard after the launch of the party's manifesto. /Clodagh Kilcoyne/Reuters

President of Sinn Fein Mary Lou McDonald and its Northern Ireland leader, Michelle O'Neill, hold a placard after the launch of the party's manifesto. /Clodagh Kilcoyne/Reuters

The long-term future of the United Kingdom of Great Britain and Northern Ireland may face some challenging questions this week.

Elections are being held for the power-sharing assembly in Belfast, with Irish nationalists Sinn Fein widely tipped to become the biggest party. An opinion poll released on Tuesday suggests Sinn Fein is on course to receive 26 percent of first-preference votes.

The same poll suggests the Democratic Unionist Party (DUP), which has dominated elections in recent years, will get 18 percent and may finish third behind the non-aligned Alliance Party.

No pro-Irish nationalist party has ever been the largest party in the British province's troubled 100-year history.

Sinn Fein – the former political wing of the Irish Republican Army (IRA) paramilitary group – has a longstanding aim to hold a 'border poll' on the continued British sovereignty of Northern Ireland.

Sinn Fein's Northern Ireland leader Michelle O'Neill said the Dublin government must start planning for the possibility of a referendum that could result in a united Ireland.

Brexit has weighed heavily on Northern Ireland too, with unionist parties concerned that new trading arrangements with the EU are threatening its place in the union.