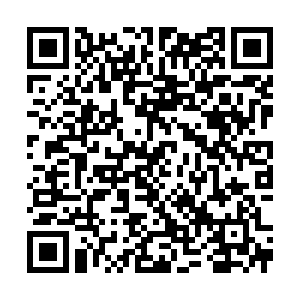 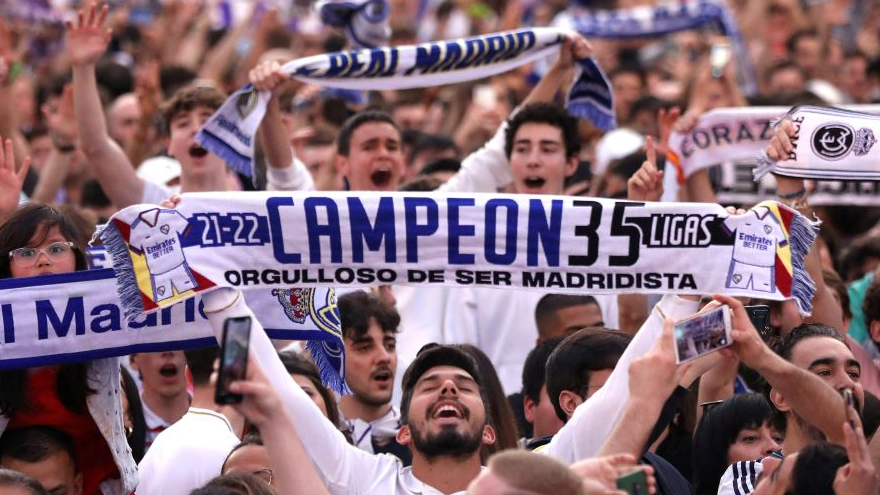 Welcome to the Plaza de Cibeles fountain in the heart of Madrid.

This is traditionally where Real Madrid fans have gathered to celebrate the team's successes and was where thousands flocked to on Saturday after "Los Blancos" beat Espanyol 4-0 to claim a record 35th La Liga title.

What made  Saturday's party really special is that it was the first time in two years fans of Real Madrid had the chance to properly celebrate with the team, and without having to wear face masks.

This is because Real Madrid's last league title came in 2020 while Madrid and Spain were in the middle of a lockdown thanks to the COVID-19 pandemic.

CGTN Europe spoke to a female fan as she acclaimed her heroes.

"We are not from here I'm from Mexico, and I'm living here in Madrid, and I think this is a great great opportunity and this happens once in a lifetime so we are very very happy.”

"We're really happy, it's amazing being all together celebrating, the vibes are great, I'm so happy."

And a youngster told us:

"It's great to be able to celebrate with all the fans, all together." 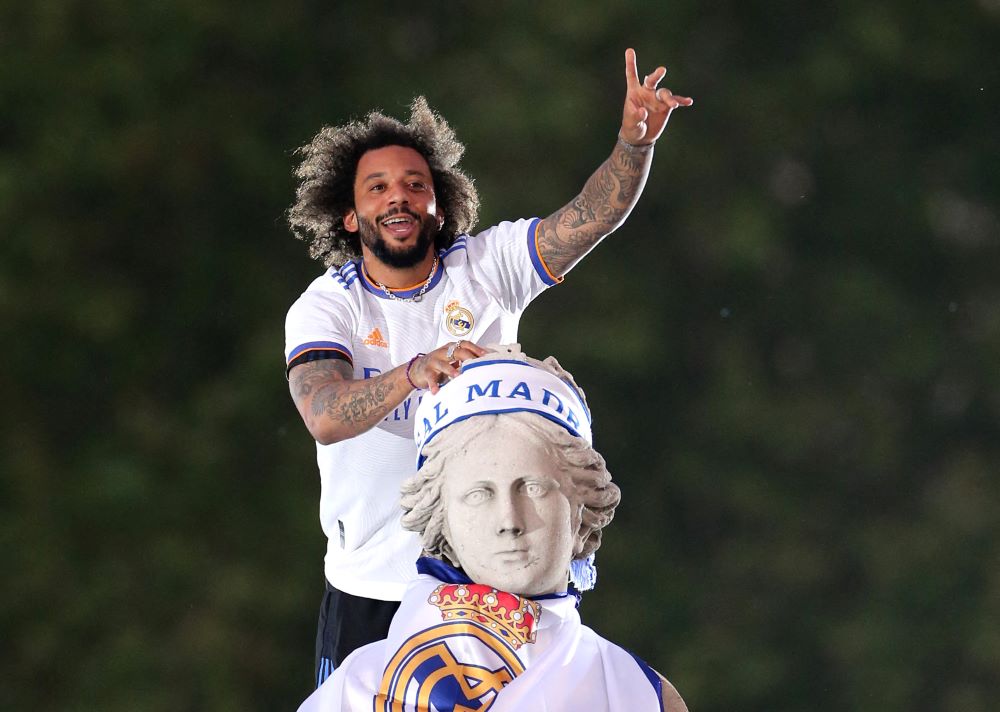 One Down Another to go?

Normally this party would expect to go on till the early hours, but while most of the supporters celebrated for as long as they could, the Real players had an early night.

On Wednesday they'll host Manchester City at the Bernabeu stadium in the Champions League semi finals.

Real lost the first leg in Manchester 4-3, so they'll be looking to overturn that deficit as they attempt to win European club football's top competition for a record 14th time.

And if they manage to win the Champions League, expect that party to be even bigger and louder than Saturday's.