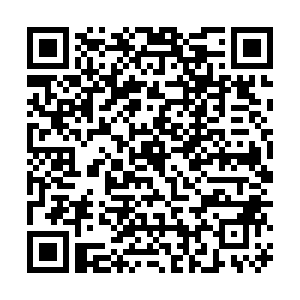 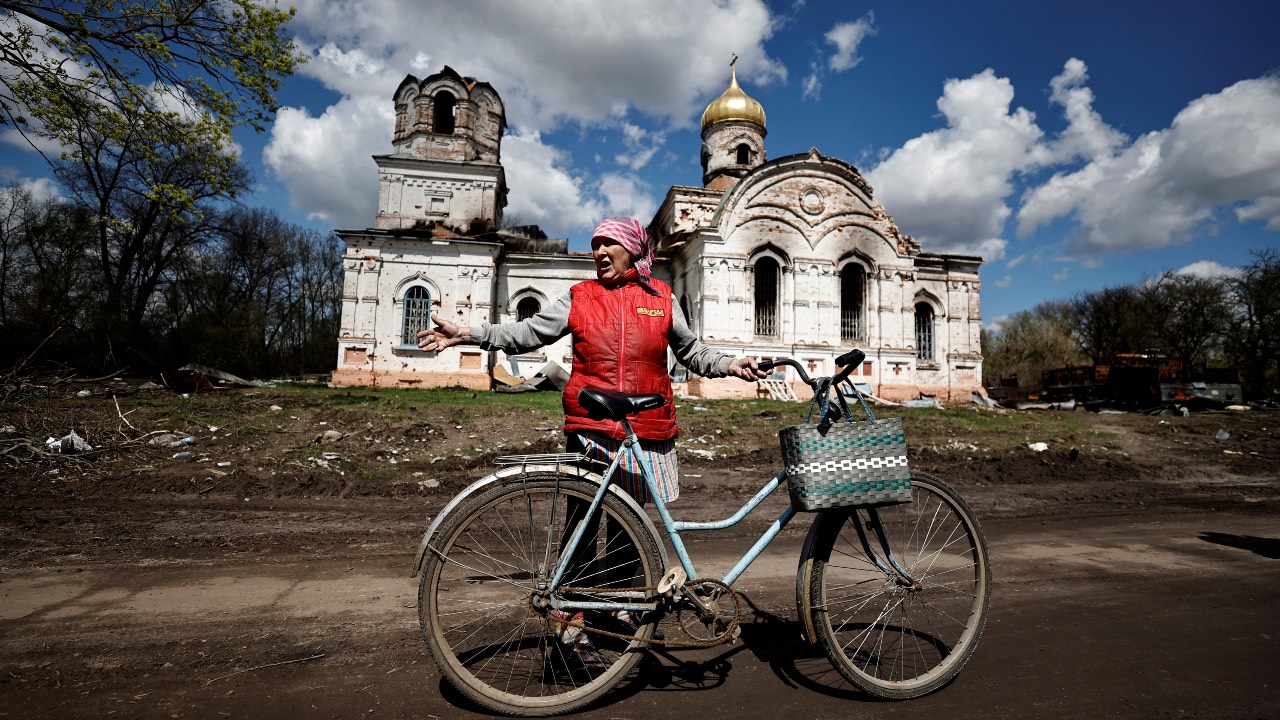 A 62-year-old woman stands in front of the destroyed church that according to residents was used by the Russian Army as a munitions warehouse, in Lukashivka, Chernihiv region. /Zohra Bensemra/Reuters

A 62-year-old woman stands in front of the destroyed church that according to residents was used by the Russian Army as a munitions warehouse, in Lukashivka, Chernihiv region. /Zohra Bensemra/Reuters

• Russian President Vladimir Putin said any countries attempting to interfere in Ukraine would receive a 'lightning response', and that the relevant decisions had been taken.

• Kyiv has said its troops struck a Russian checkpoint and an anti-aircraft system on the Black Sea's Snake Island, according to the Ukrainian military's statement on social media.

• The Kremlin said the halt of natural gas supplies to Poland and Bulgaria over the refusal to pay in rubles was a result of unfriendly actions towards Russia.

• Ukraine's lead negotiator said no agreement had been reached for the Ukrainian and Russian presidents to discuss the conflict despite efforts by Turkey to arrange talks. 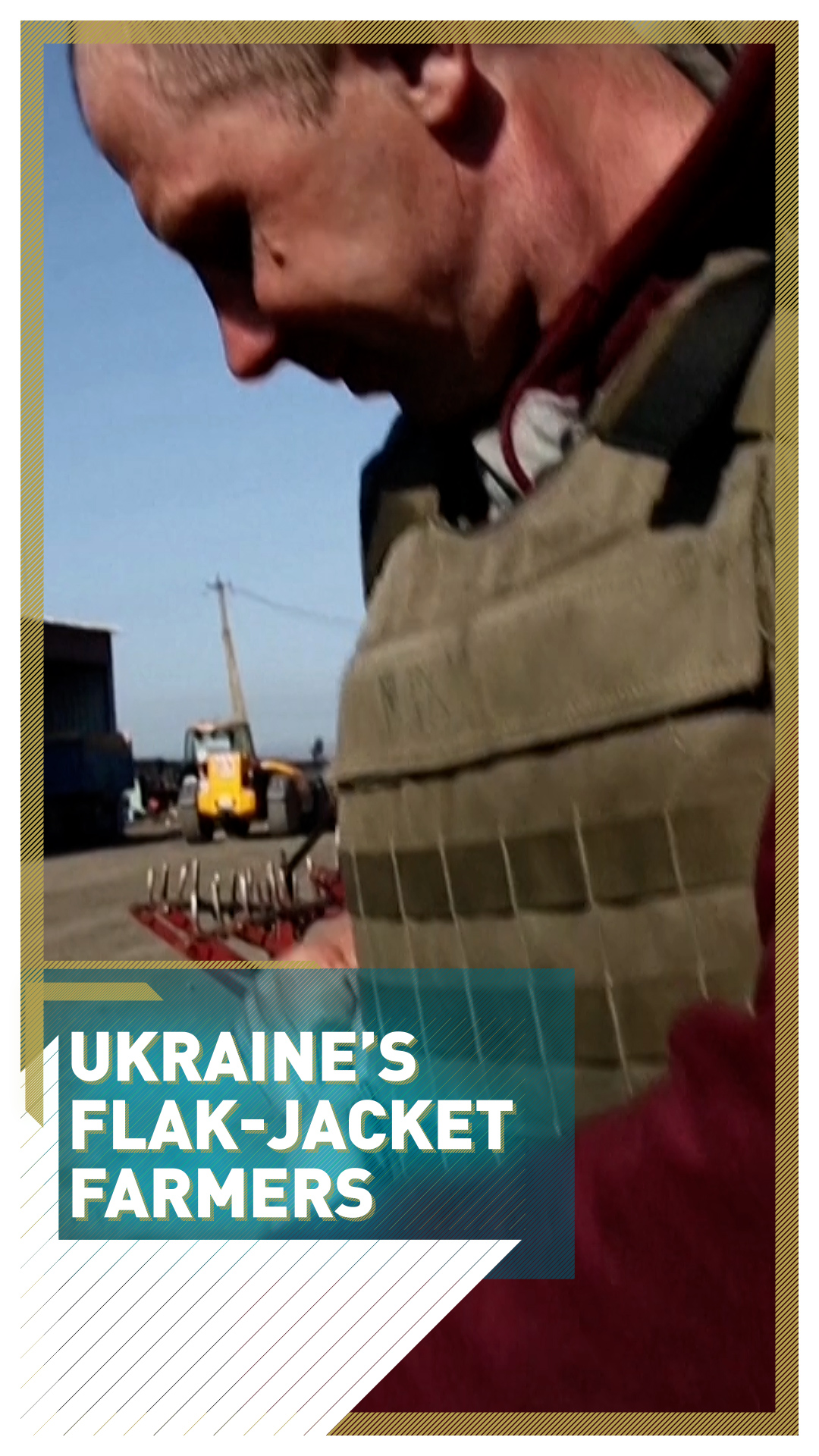 • The European Commission proposed to suspend import duties for a year on all Ukrainian goods and to exempt Ukraine's steel exports from anti-dumping and safeguard measures to help its economy.

• Russia says its missiles have taken out a "large batch" of Western-supplied weapons and ammunition that were being stored at an aluminum plant in Ukraine's southeastern city of Zaporizhzhia.

• Putin agreed "in principle" to U.N. and International Committee for the Red Cross involvement in the evacuation of civilians from the Mariupol steel plant, the United Nations said.

• Germany announced its first delivery of heavy weapons to Ukraine, after weeks of pressure at home and abroad.

• Moscow said it was expelling eight Japanese diplomats in a retaliatory response to expulsions by Tokyo over the conflict in Ukraine.

• The world's largest drone maker DJI has said it will pause all business operations in Russia and Ukraine. 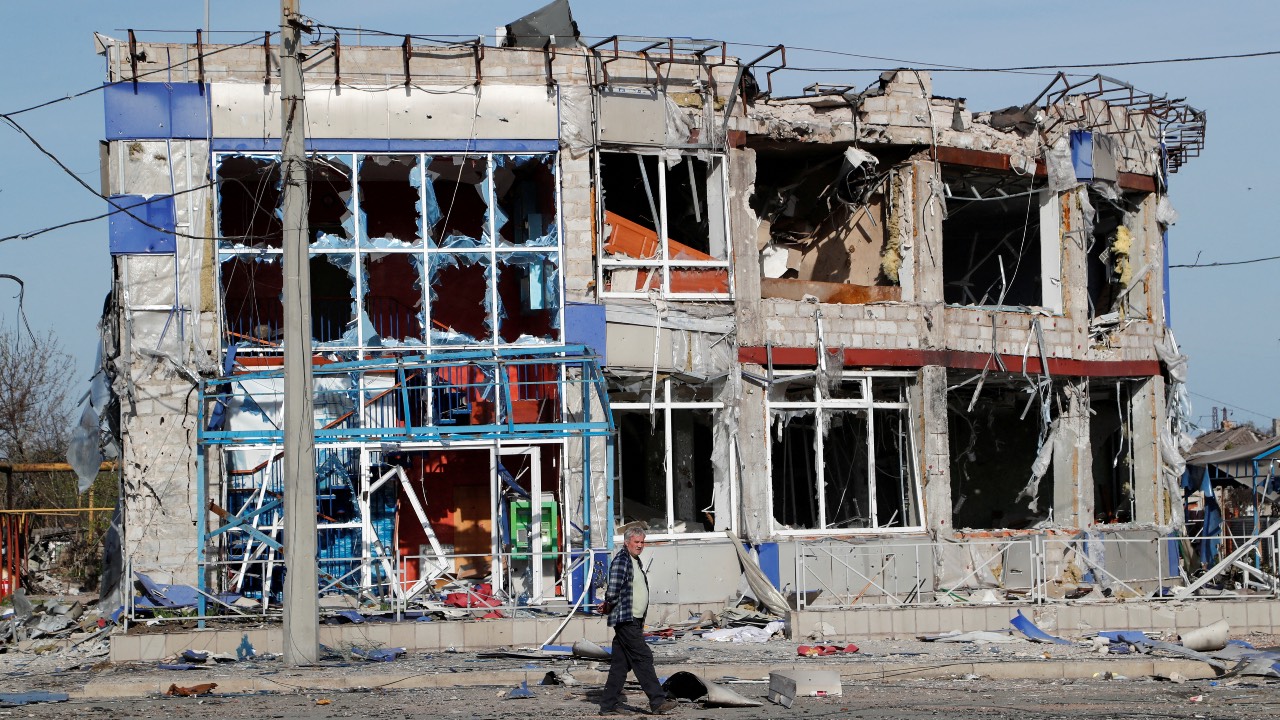 A man walks near a building destroyed during the conflict in Mariupol. /Alexander Ermochenko/Reuters

A man walks near a building destroyed during the conflict in Mariupol. /Alexander Ermochenko/Reuters

A leading aid agency said on Wednesday that pausing hostilities is the best way to allow trapped Ukrainians to flee conflict zones, instead of humanitarian corridors that are often "overcomplicated" and ineffective.

In the two months since the start of the conflict in Ukraine, outsiders have repeatedly called for humanitarian corridors to allow civilians to escape, though both sides have accused each other of violating agreed routes.

Several humanitarian corridors have failed, including from the besieged southern port city of Mariupol, leaving vulnerable civilians at risk.

"Humanitarian corridors are generally not working because they are overcomplicated," said Jan Egeland, the head of the Norwegian Refugee Council.

"The two armies that do not trust each other need to agree on where the corridor starts, along which safe passage it should go, and where it should end," he told reporters, following a trip to Ukraine.

Egeland, who oversaw negotiations of such corridors in Syria, insisted it was far better to try to negotiate "general humanitarian pauses for an area, 48 hours, 72 hours, ideally more."

Such a pause would allow people to "leave in whichever direction they want in a sizeable area," he added.

And humanitarians would also be given the space "to replenish, to go in to deliver," he said, calling humanitarian corridors "a very crude measure".

"The reason they very often fail is that they are too narrow. It's one road, a few hours."

Even a single sniper who has not been informed can "have the road closed", he pointed out, by effectively breaking the temporary ceasefire.

Egeland also warned that other Ukrainian cities and towns could suffer the same fate as Mariupol, where thousands of civilians remain trapped in increasingly dire conditions, with little access to food, water and medicines. 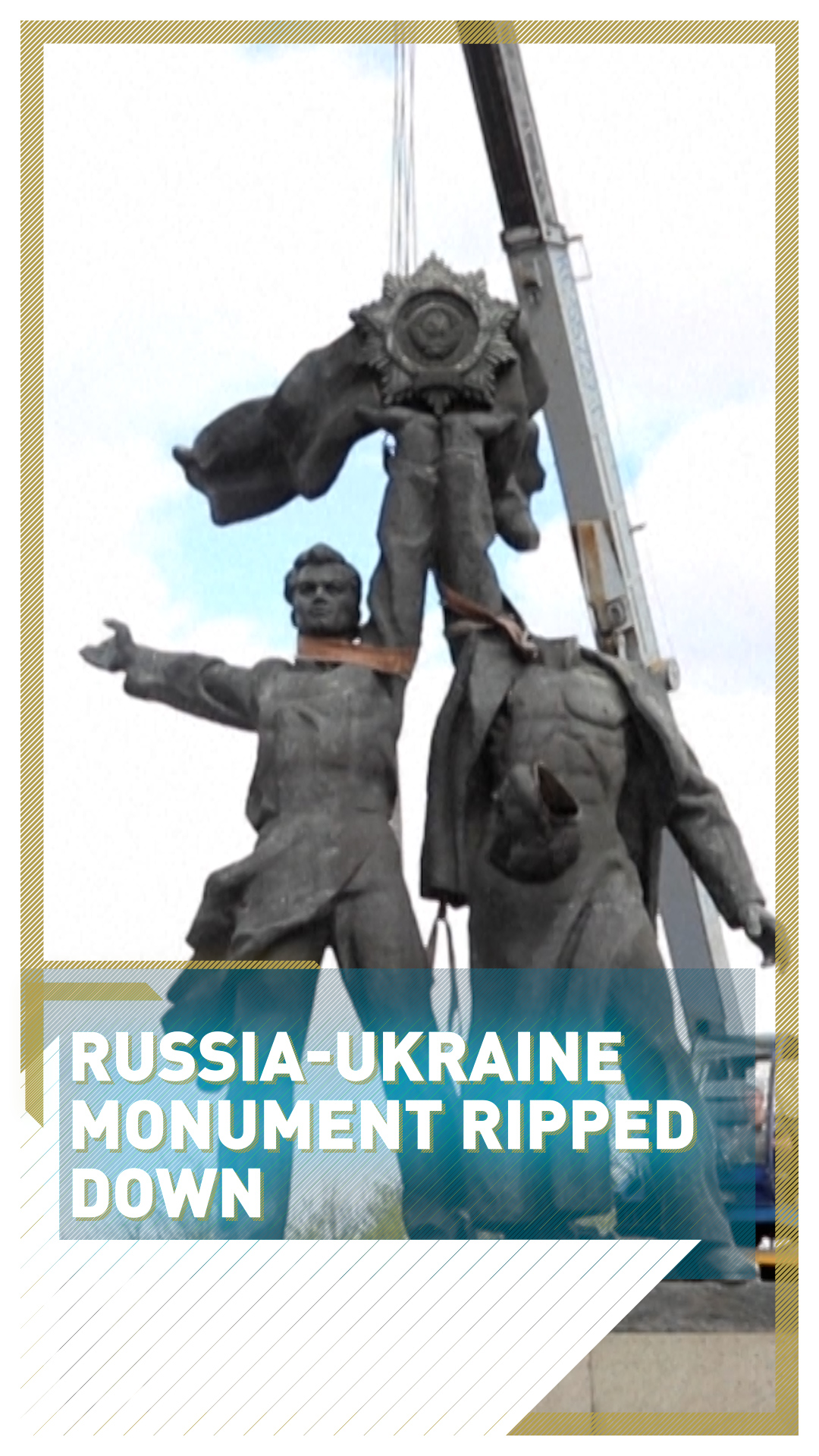 'Air attacks on Azovstal are not subsiding'

Russian forces were pounding Azovstal steel works in Mariupol where the southern Ukrainian city's last defenders and some civilians are holed up, a local official said on Wednesday.

Petro Andryushchenko, an aide to the city mayor, said there had been no let-up in air strikes on the steel plant despite Russian President Vladimir Putin saying there was no need to storm it after declaring victory in Mariupol.

"Air attacks on Azovstal are not subsiding. No ceasefire, but attempts to storm again and again. Despite the statements [by Putin]," Andryushchenko wrote on the Telegram messaging app.

"At the same time, street fighting continues again in the sector between the Azovstal plant's management [buildings] to the street."

Local officials say much of Mariupol has been destroyed in weeks of Russian bombardment and siege since the conflict began on February 24, and that about 100,000 civilians are still in the city. Hundred of fighters and civilians are believed to still be in the vast steel works.

Ukrainian officials have described the situation in Mariupol, a strategic port on the Sea of Azov, as a "humanitarian catastrophe".

Andryushchenko said no agreements had been reached on trying to evacuate civilians from Mariupol on Wednesday. Many previous efforts to arrange a ceasefire to allow residents to leave the city have broken down.

Russia denies targeting civilians in its "special military operation" in Ukraine and each side blames the other for the repeated failure to establish humanitarian corridors.