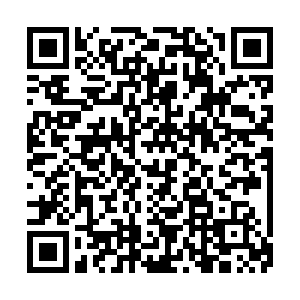 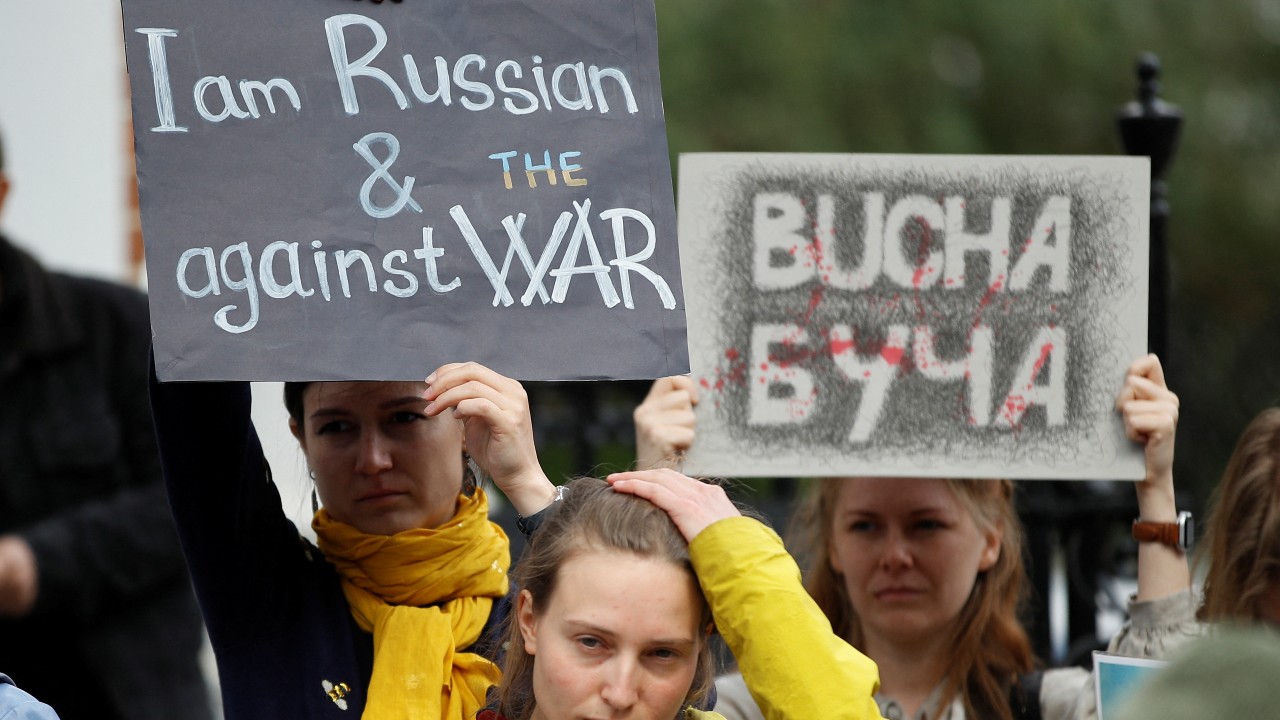 Protesters hold up placards outside the Russian embassy in London. /Peter Nicholls/Reuters

Protesters hold up placards outside the Russian embassy in London. /Peter Nicholls/Reuters

• Ukrainian President Volodymyr Zelenskiy said he discussed with Turkey's Tayyip Erdogan the need for the immediate evacuation of civilians from the city of Mariupol. Erdogan is due to speak with Russian President Vladimir Putin on Monday.

• The U.S. has not confirmed the talks, but on Zelenskyy said "we will discuss this exact list of weapons that are essential for us and the pace of deliveries… We would like to have ... powerful heavy weapons."

• The governor of Ukraine's Donetsk region said two children were among those killed in shelling on Sunday. Pavlo Kyrylenko said on Telegram that two girls aged five and 14 had died in the Ocheretynsk community after the building where they lived was destroyed.

• Russia said its missiles hit eight military targets overnight, including four arms depots in the northeast Kharkiv region and one facility in the Dnipropetrovsk region producing explosives for the Ukrainian army.

• An unspecified multiple number of civilians were killed by Russian shelling in Ukraine's Luhansk region on Sunday, local governor Serhiy Gaidai said. In a sombre video address commemorating Orthodox Easter Sunday, Gaidai said "today, once again, civilians have died. Our compatriots. The (Russians) do not hold anything sacred."

• The governor of Russia's Ukraine-bordering Kursk region, Roman Starovoit, said a checkpoint had come under fire from Ukrainians.

• A village in Russia's Belgorod region, bordering Ukraine near Kharkiv, was shelled from within Ukraine, according to a local official cited by the TASS news agency.

• Ukraine said that Russian forces were bombarding the steel works in Mariupol where Ukrainian defenders were holding out, days after Moscow declared victory in the southern port city and said it did not need to take the plant.

• Senior Ukrainian presidential advisor Mykhailo Podolyak called for "a real Easter truce in Mariupol," claiming "the place where our civilians and military are located is shelled with heavy air bombs and artillery."

• On Orthodox Easter Sunday, the governor of the eastern Luhansk region said seven churches there had been "mutilated by Russian artillery." "Usually we would come to our churches with Easter baskets. But now this is impossible," Serhiy Gaidai said, although agencies could not independently verify the claim.

• Ecumenical Patriarch Bartholomew, the spiritual head of Eastern Orthodox Christians worldwide, called for humanitarian corridors in Mariupol and other areas of Ukraine, where he said "an indescribable human tragedy is unfolding".

• British military intelligence said Ukrainian resistance had been strong, especially in Donbas, despite some Russian gains. "Poor Russian morale and limited time to reconstitute, re-equip and reorganize forces from prior offensives are likely hindering Russian combat effectiveness," it said.

Ukrainian President Volodymyr Zelenskyy said on Sunday that he had discussed with Turkey's President Tayyip Erdogan the need for the immediate evacuation of civilians from the mostly Russian-occupied port city of Mariupol.

He said the two spoke, on the eve of the Erdogan's talks with Russian President Vladimir Putin, about the Mariupol evacuation, including the surrounded but Ukrainian-held Azovstal factory.

"I stressed the need for immediate evacuation of civilians from Mariupol, including Azovstal, and immediate exchange of blocked troops," Zelenskyy wrote on Twitter.

NATO member Turkey shares a maritime border with Ukraine and Russia in the Black Sea and has good ties with both countries. It has supported Ukraine while opposing sanctions on Moscow.

The Turkish presidency said Erdogan told Zelenskiy during the phone call that the evacuation of the wounded and civilians in Mariupol must be ensured as "the situation gets more saddening by the day".

"President Erdogan said he was ready to provide all the assistance he can during the negotiation process and to offer the necessary support, including mediation," the statement said. 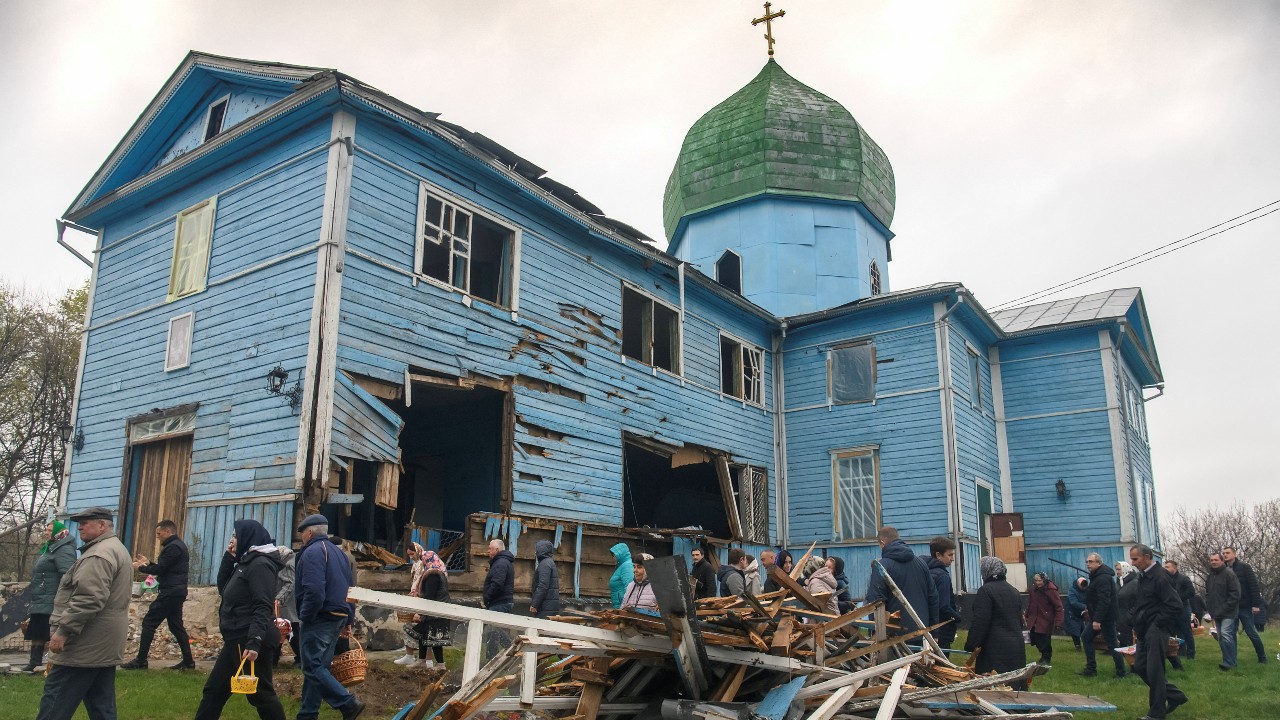 On Orthodox Easter Sunday, residents walk past the damaged Nativity of the Holy Virgin Church in Peremoha, near Kyiv. /Vladyslav Musiienko/Reuters

On Orthodox Easter Sunday, residents walk past the damaged Nativity of the Holy Virgin Church in Peremoha, near Kyiv. /Vladyslav Musiienko/Reuters

Ukrainian President Volodymyr Zelenskyy said Ukraine hoped to secure heavy weapons at talks with the U.S. secretaries of state and defense in Kyiv on Sunday, supplies that he said were vital for Ukraine to eventually retake Russian-occupied territory.

The Ukrainian leader warned that Kyiv would quit talks with Moscow if Russia destroyed "our people" surrounded in the war-torn city of Mariupol or staged referendums to create more breakaway republics on newly-occupied Ukrainian soil.

At one point in an emotional news conference, he said that he thought Russia could use a nuclear weapon, but that he did not want to believe that Moscow would.

He said that it was absolutely vital for Ukraine to obtain more weapons.

"As soon as we have (more weapons), as soon as there are enough of them, believe me, we will immediately retake this or that territory, which is temporarily occupied," he told reporters.

He used his news conference held in Kyiv's metro system to announce the imminent arrival of U.S. Secretary of State Antony Blinken and Secretary of Defense Lloyd Austin for talks on Sunday.

"Tomorrow we will discuss this exact list of weapons that are essential for us and the pace of deliveries," he said. "We expect this. We would like to have ... powerful heavy weapons."

He fought back tears at one point saying that he shared the pain of every Ukrainian who had lost children in Russia's war and that Saturday's missile strikes had killed eight people in the city of Odesa, including a three-month-old child.

He said that Saturday had been one of the most difficult days yet for Ukrainian forces encircled in Mariupol and that Kyiv had offered Moscow every possible kind of exchange deal to secure their release.