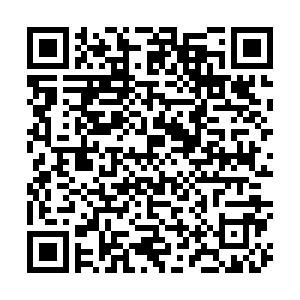 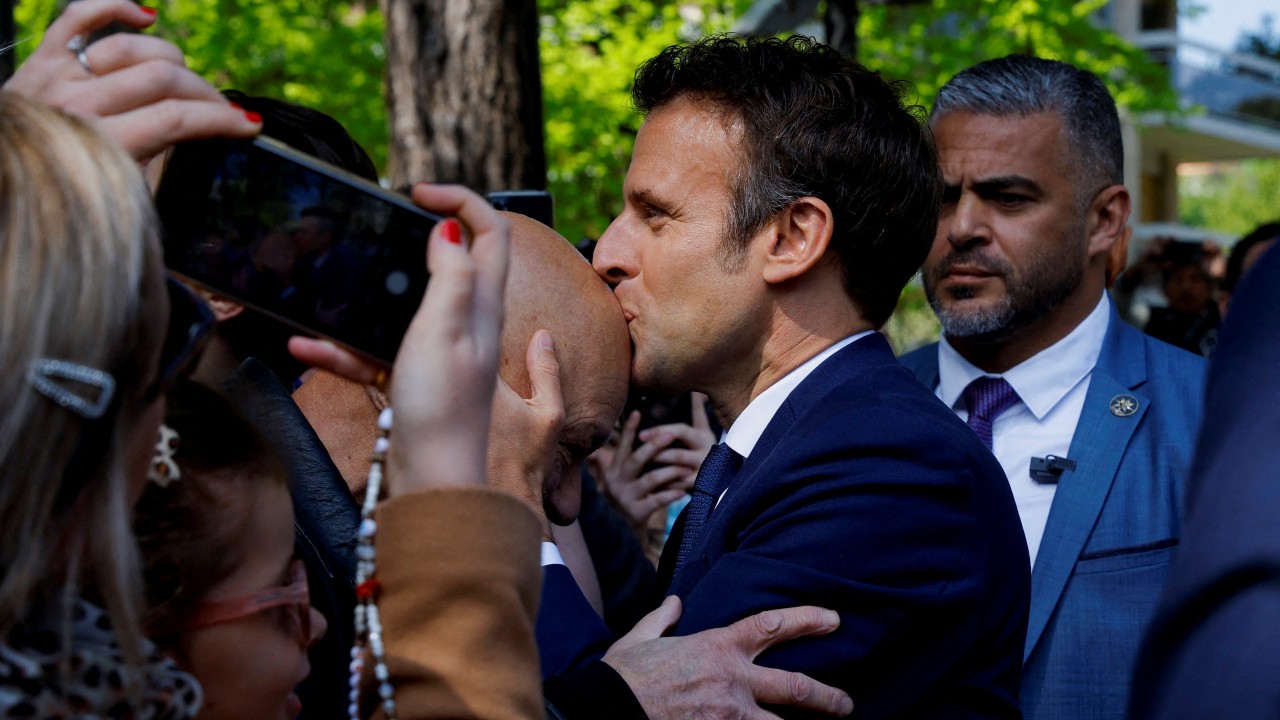 French President Emmanuel Macron kisses a supporter as he arrives to vote in the Le Touquet-Paris-Plage. /Gonzalo Fuentes/Pool/Reuters

French President Emmanuel Macron kisses a supporter as he arrives to vote in the Le Touquet-Paris-Plage. /Gonzalo Fuentes/Pool/Reuters

After a tight presidential election, incumbent Emmanuel Macron has held off the challenge of Marine Le Pen.

Although they may be fine-tuned as results come in, such predictions are usually seen as accurate, and Le Pen quickly conceded defeat – but her defiant tone reflected the bruising battle she had put up against Macron.

"The French showed this evening a desire for a strong counterweight against Emmanuel Macron, for an opposition that will continue to defend and protect them," she told supporters.

The abstention rate is expected to be higher than the previous election in 2017, reaching approximately 28 percent – up from 25.4 percent in 2017, without threatening 1969's record low of 31.3 percent.

If he is confirmed as victorious, Macron will become only the third president to win a second term since the Fifth Republic was founded in 1958. The others given a second mandate were Francois Mitterand (in 1988) and Jacques Chirac (2002, defeating Le Pen's father Jean-Marie).

Opinion polls in recent days gave Macron a solid and slightly growing lead as analysts said Le Pen – despite her efforts to soften her image and tone down some of her National Rally party's policies – remained unpalatable for many.

But even on the day, a surprise Le Pen victory could not be ruled out. With polls showing neither candidate able to count on enough core supporters to win, much may have depended on those still weighing up anxiety about the implications of a far-right presidency against anger at Macron's record since his 2017 election. 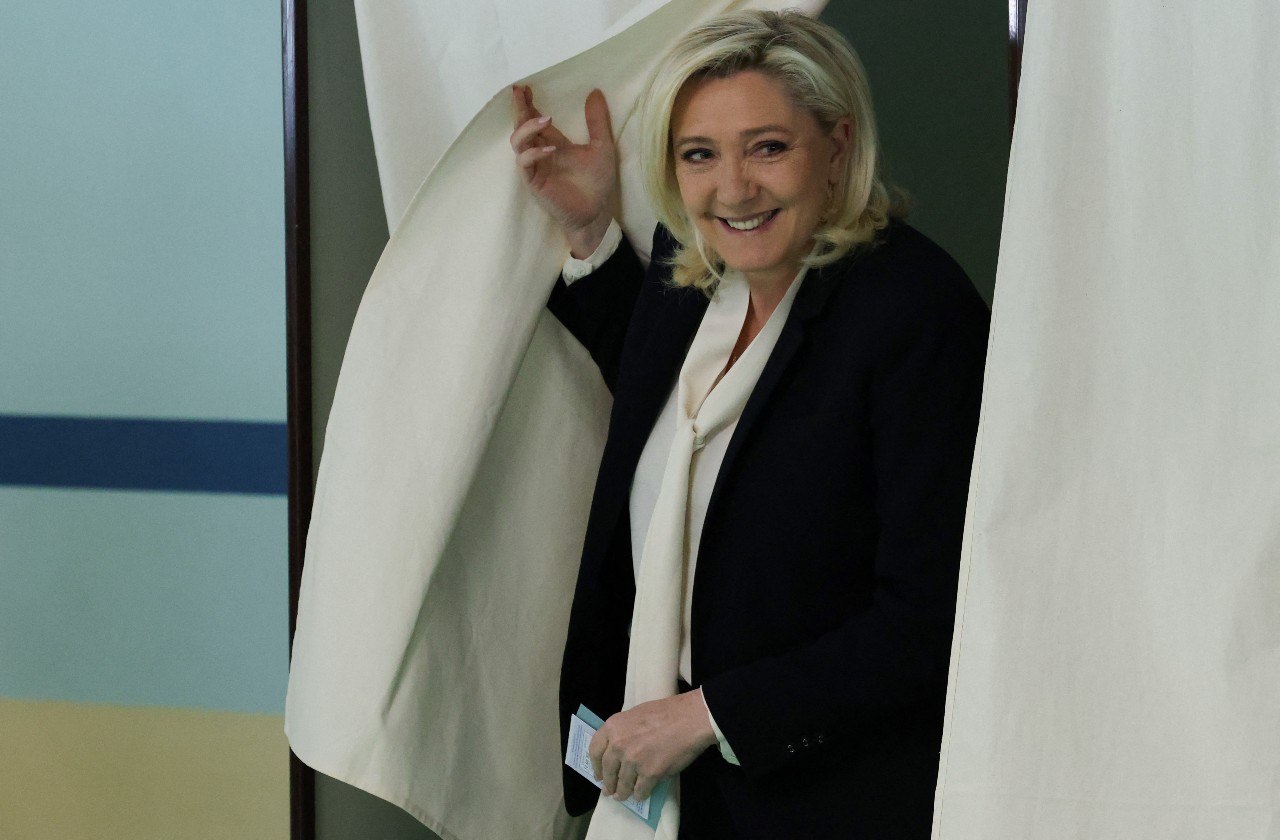 A Le Pen victory would have marked a political upheaval for Western democracies on a par with Brexit or the U.S. election of Donald Trump in 2016, ending decades of rule by mainstream French leaders and the latest threat to the future of the European Union.

Voter discontent: 'We live in a parallel world'

Hugo Winter, a 26-year-old salesman in Paris, said he would be among those who would not bother to cast a vote.

"I don't see the point in choosing between two things that don't correspond to my ideas," Winter said as he did some morning food shopping. "We live in a parallel world. The politicians don't represent the people."

In Douai, a mid-sized town in northern France where Le Pen was ahead of Macron in the first round of voting two weeks ago, pensioner Andrée Loeuillet, 69, said she had voted for Macron, as she did on April 10.

"He has his faults but he has qualities too. He is the one best placed to continue, we are living through difficult times," she said. 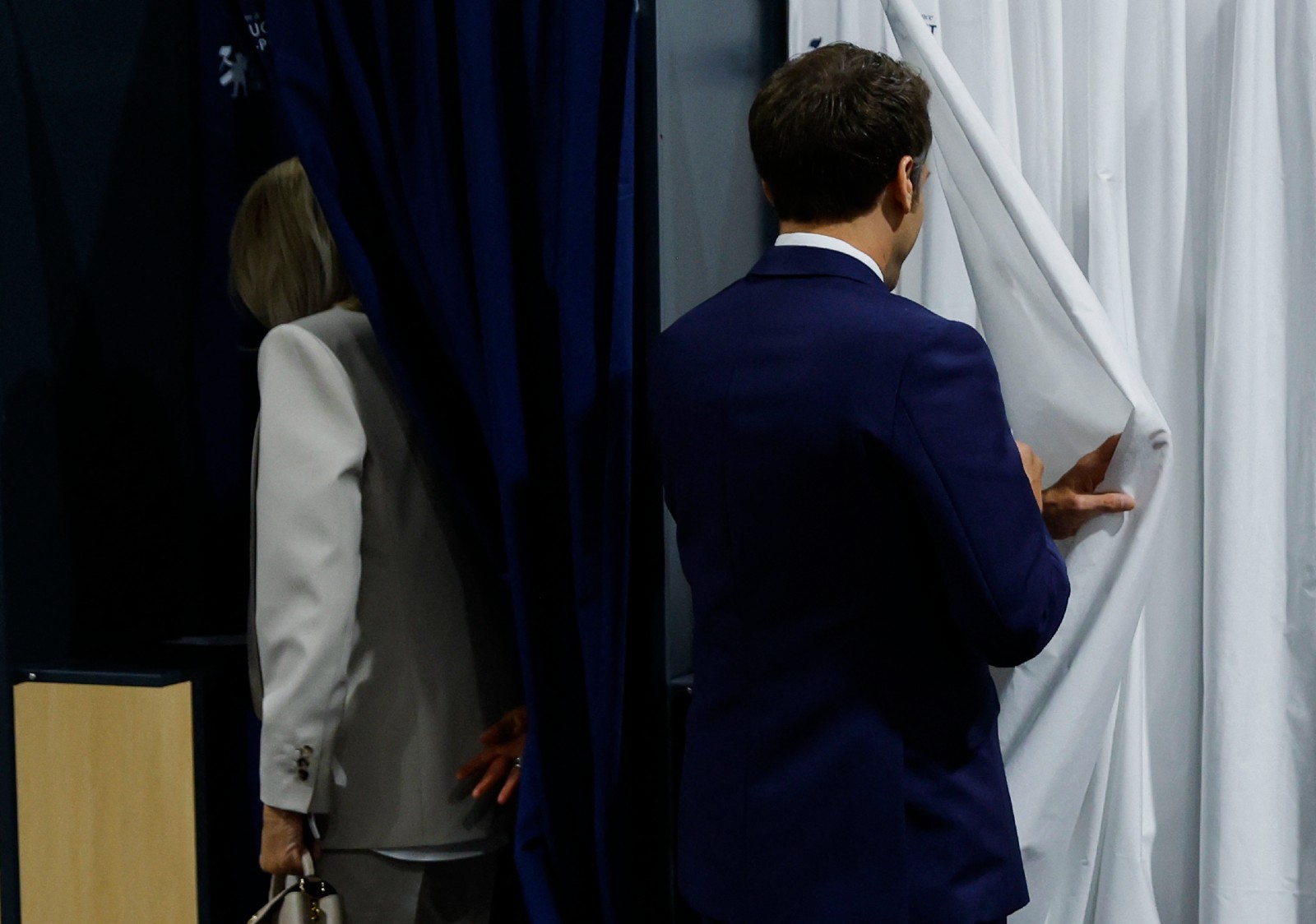 Macron, 44, who won against Le Pen in the last presidential election five years ago, warned of "civil war" if Le Pen – whose policies include a ban on wearing Muslim headscarves in public – were elected and called on democrats of all stripes to back him.

Le Pen, 53, focused her campaign on the rising cost of living in the world's seventh-largest economy, which many French say has worsened with the surge in global energy prices. She also zeroed in on Macron's abrasive leadership style, which she says shows an elitist contempt for ordinary people.

"The question on Sunday is simple: Macron or France," she told a rally in the northern town of Arras on Thursday.

'I am very disappointed'

Among early voters in the village of Souille, near the northwestern town of Le Mans, civil servant Pascal Pauloin, 56, said he had voted for Le Pen out of disenchantment with Macron.

"Frankly, I am very disappointed. Our France has not been working well for years. Macron has done nothing for the middle classes, and the gap with the rich is getting ever wider," he said.

Le Pen, who has also been criticized by Macron for her past admiration of Russian President Vladimir Putin, rejects accusations of racism. She said her plans to give priority to French citizens for social housing and jobs and scrap a number of welfare benefits for foreigners would benefit all French, independently of their religion or origins.

Even if re-elected Macron will face a difficult second term, with none of the grace period that he enjoyed after his first victory, and protests likely over his plan to continue pro-business reforms, including raising the retirement age from 62 to 65.

If she were victorious, Le Pen would seek to make radical changes to France's domestic and international policies, and street protests could start immediately. Shockwaves would be felt across Europe and beyond.

Whoever comes out on top, a first major challenge will be to win parliamentary elections in June to secure a workable majority to implement their political program.