Download
What is the UK's Commonwealth, who's in it and what is its future?
Gary Parkinson 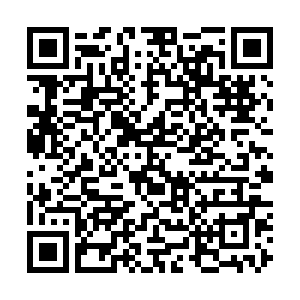 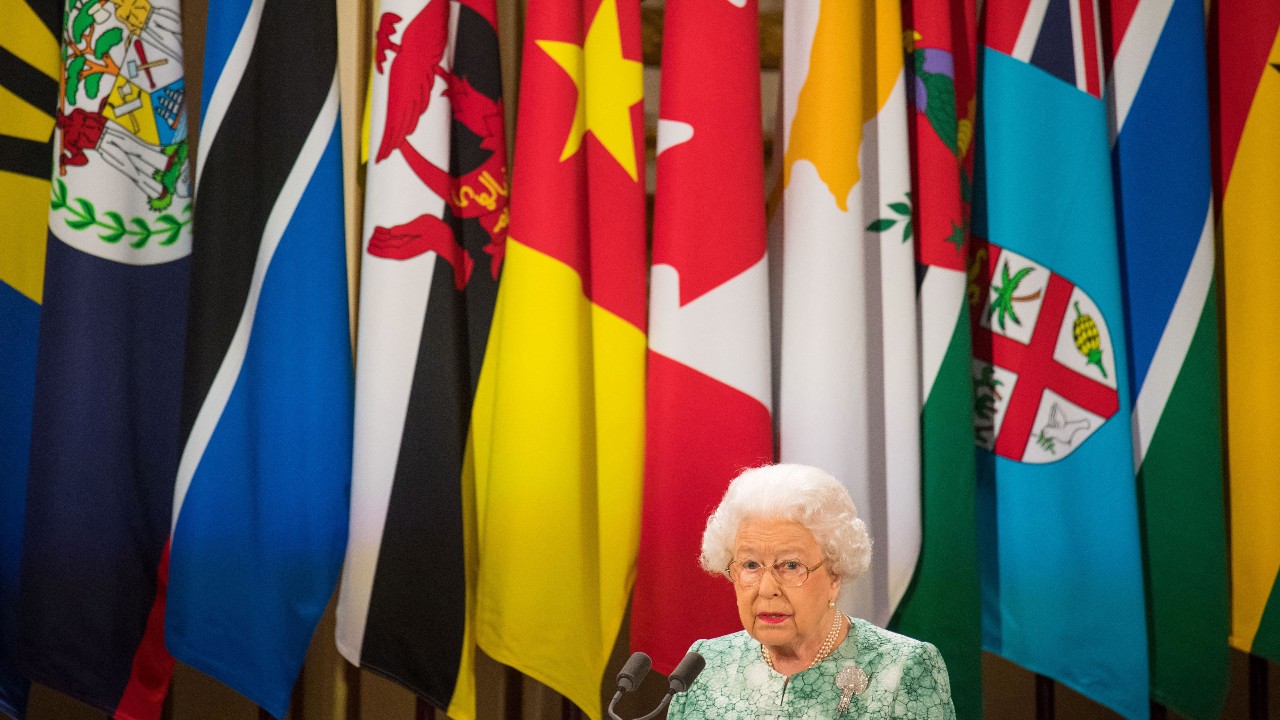 Queen Elizabeth II at the formal opening of the Commonwealth Heads of Government Meeting in 2018. /Dominic Lipinski /AFP

Queen Elizabeth II at the formal opening of the Commonwealth Heads of Government Meeting in 2018. /Dominic Lipinski /AFP

Queen Elizabeth II was the monarch of the United Kingdom, but she was a figurehead for a much wider swathe of people – some 2.5 billion – in her role as Head of the Commonwealth.

So how many countries does the British Crown still reign over? What is the Commonwealth? How many members does it have? What's the history of the bloc – and what is its future?

What is the Commonwealth?

The Commonwealth of Nations, to give it its full title, is a voluntary association of sovereign states.

There are 56 Commonwealth member states, all of whom are seen as independent and equal. Member states have no legal obligations to one another, but see themselves as united by English language, history, culture, and shared values of democracy, human rights and the rule of law. 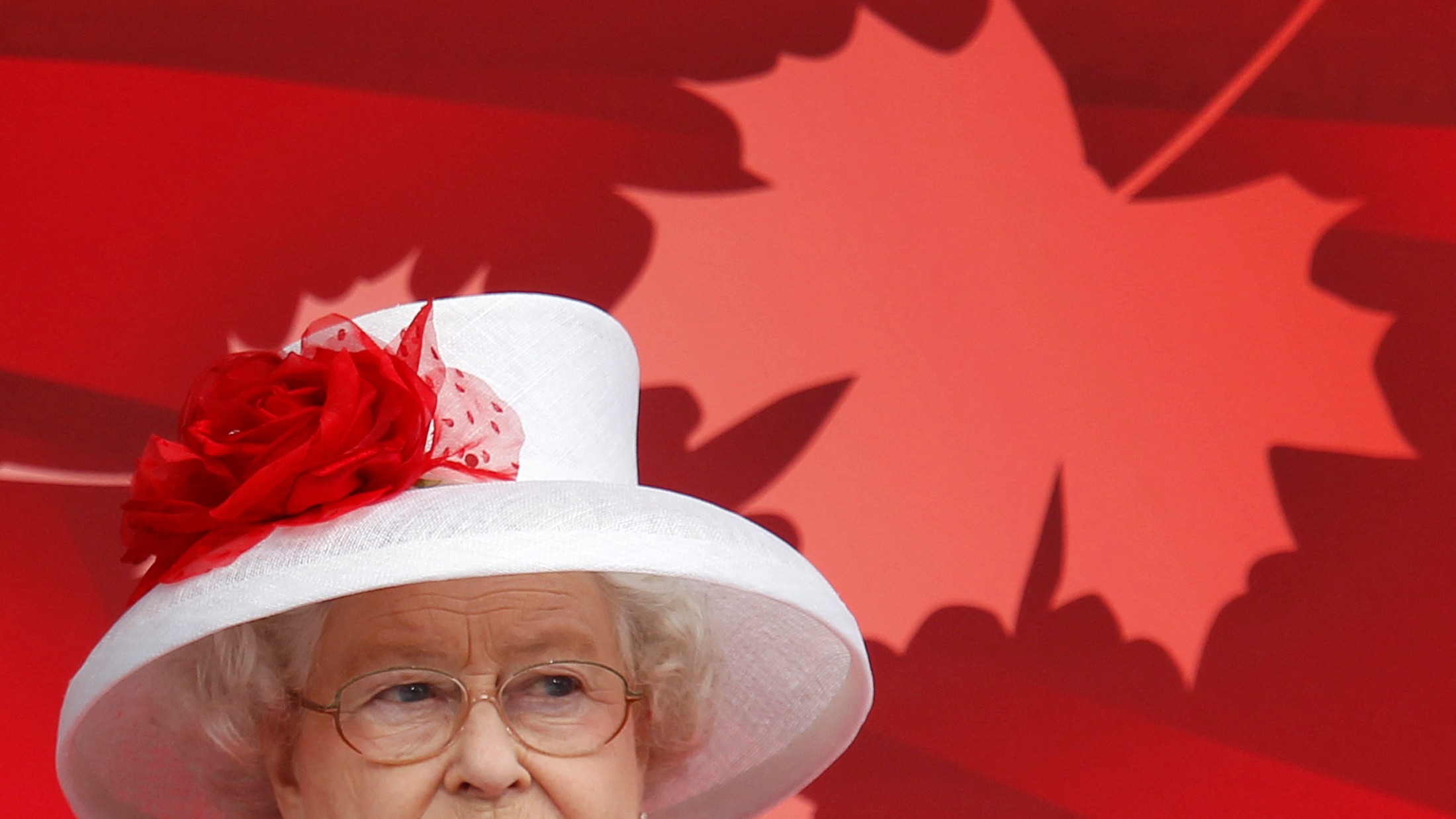 Who is in the Commonwealth?

The Commonwealth states are home to almost 2.5 billion people across the globe. Some live in populous countries like the UK, Canada and India, but many member states are much smaller, including many island states. Whatever their size, member countries are supported by a network of more than 80 intergovernmental, cultural and professional organizations.

Who has the Queen as head of state?

Of the 56 member states, 15 'Commonwealth realms' have Queen Elizabeth as their head of state. Most of the others are republics, but some have different monarchs – namely Brunei, Eswatini, Lesotho, Malaysia and Tonga. 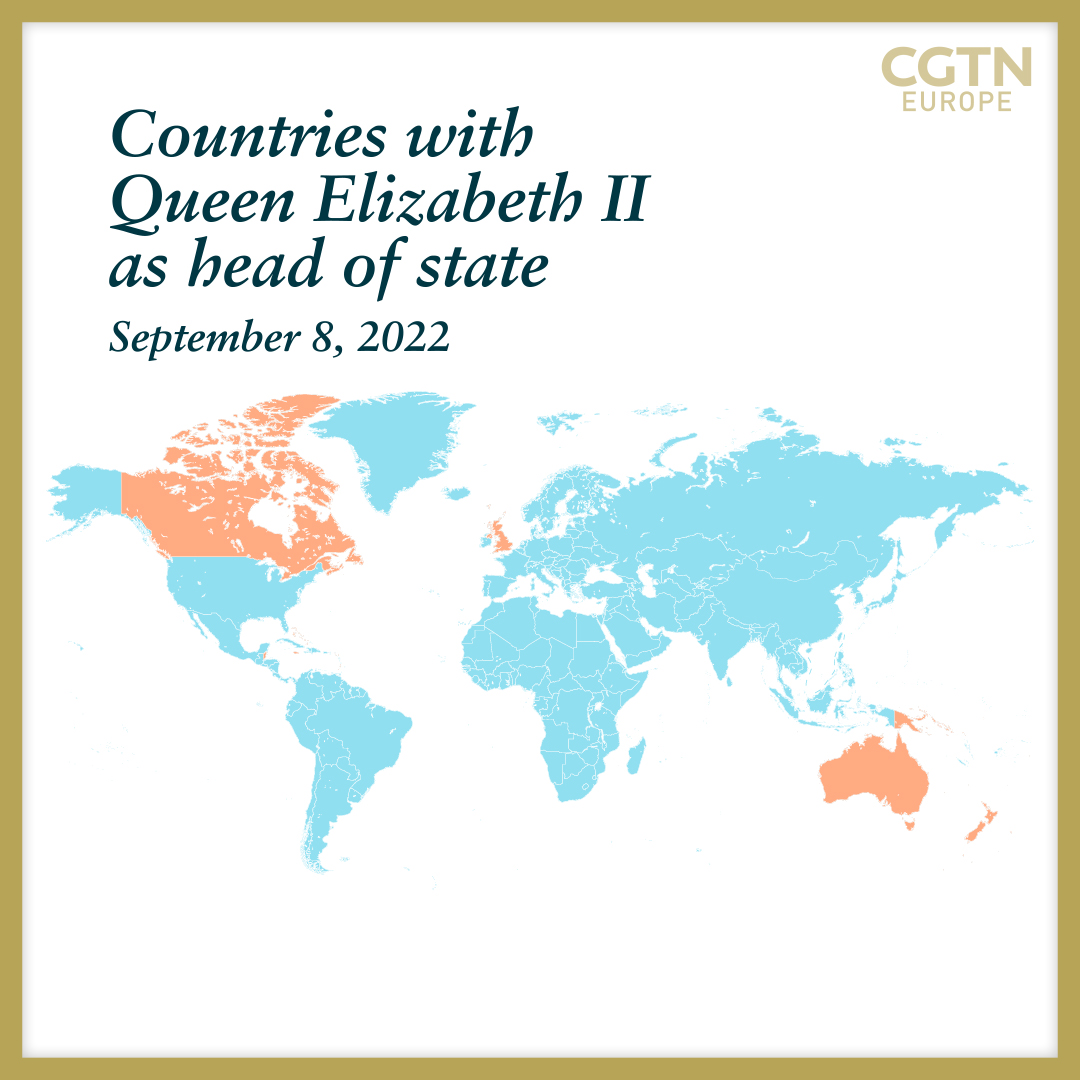 When was the Commonwealth formed?

The official starting point is generally seen as the 1949 London Declaration, which formally enshrined the Commonwealth of Nations with "free and equal" members. That also coincided with a wider feeling, in the aftermath of World War II, against imperialism.

Queen Elizabeth herself noted an earlier precedent. Speaking in 1959, she said that the 1867 confederation of Canada had made it the "first independent country within the British Empire… So, it also marks the beginning of that free association of independent states which is now known as the Commonwealth of Nations."

Why is the Commonwealth controversial?

Taken at face value, the Commonwealth itself is a benign grouping of independent states with no official power over one another. However, it with the UK at its heart, it remains for many a relic of imperial expansionism, with the associated legacies of inequality and often outright violence.

This is felt particularly keenly in some parts of the Caribbean, as exemplified by demonstrations during Prince William's 2022 Caribbean tour, which was marked by protests against British imperialism and colonialism. Britain's part in the slave trade, and its colonies' use of slave labor, is still a highly contentious subject.

While the majority of members seem relatively content with the balance of being in the bloc without having the Queen as head of state, the Commonwealth's own self-declared dedication to democracy means each of its members remains able to vote itself out if that is what it decrees a majority of its population to desire. 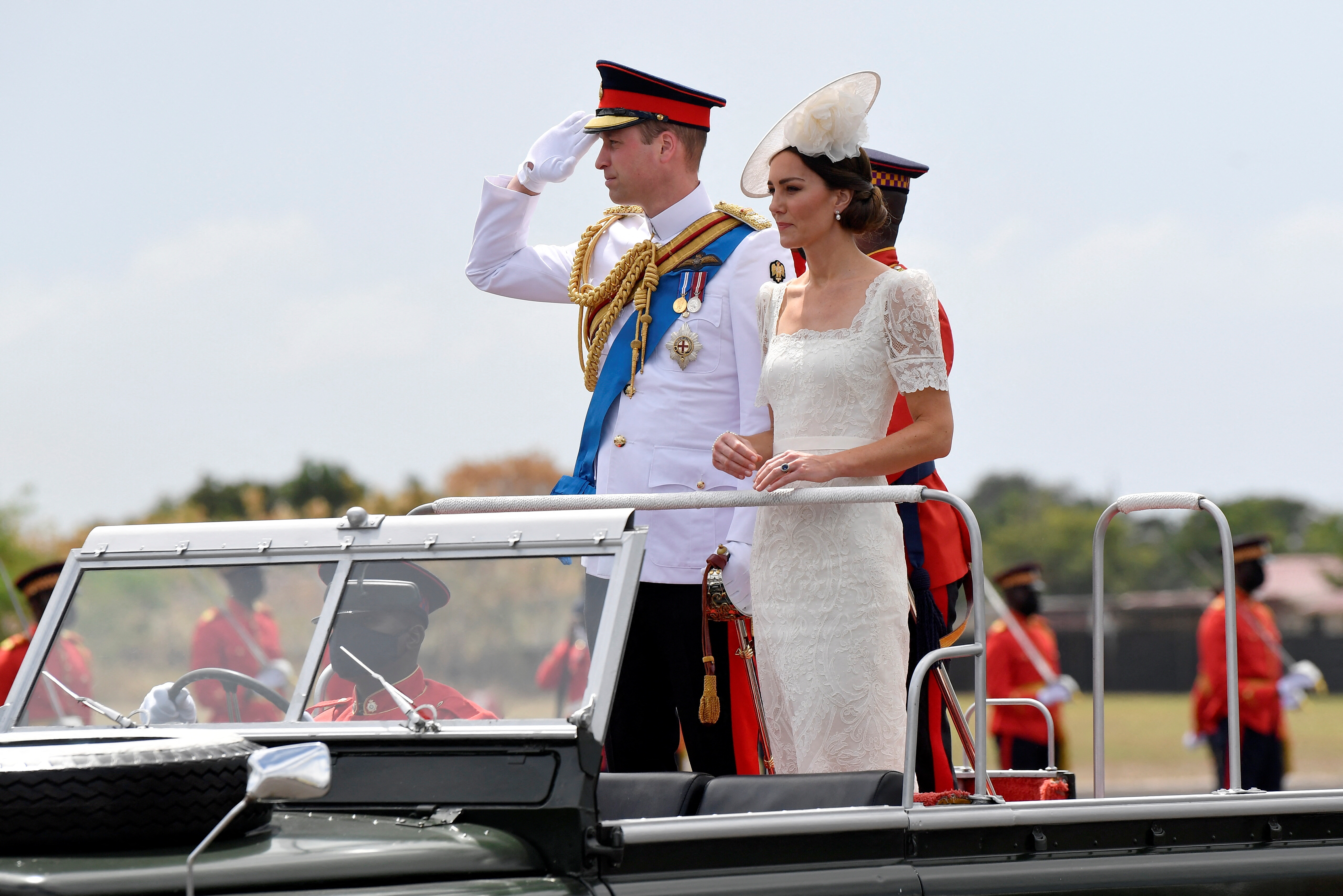 Prince William and his wife Kate, Duchess of Cambridge, received criticism as perceived vestiges of colonialism during this 2022 tour of the Caribbean. /Toby Melville/Reuters

Prince William and his wife Kate, Duchess of Cambridge, received criticism as perceived vestiges of colonialism during this 2022 tour of the Caribbean. /Toby Melville/Reuters

Who has left the Commonwealth?

Only two countries have left the group for good. The first was Ireland, which withdrew in 1933 according to its own government (the Commonwealth itself agreed in 1949). The second was Zimbabwe, in 2003, and it has since applied to rejoin. That path – resigning and rejoining – has already been taken by South Africa, Pakistan, The Gambia and the Maldives.

What has more commonly happened is that countries have stopped becoming Commonwealth realms, with the British monarch as head of state, but stayed in the wider group.

The latest state to become a republic but stay in the Commonwealth is Barbados, in 2021 – almost 30 years after the previous state to switch from realm to republic, Mauritius. 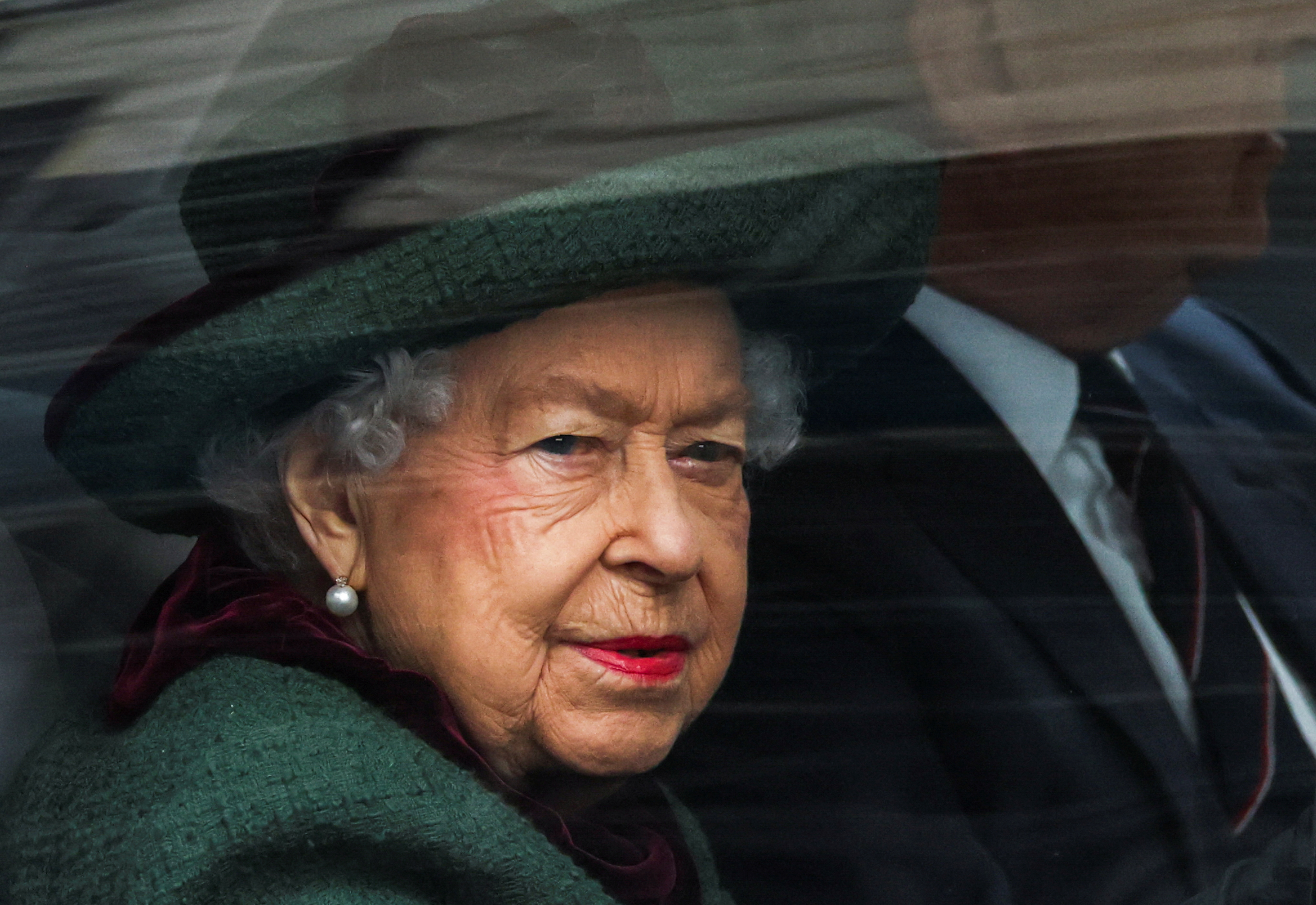 Queen Elizabeth II's death marks the end of an era for the Commonwealth, but her son King Charles III will also succeed her as its head. /Tom Nicholson/Reuters

Queen Elizabeth II's death marks the end of an era for the Commonwealth, but her son King Charles III will also succeed her as its head. /Tom Nicholson/Reuters

What is the Commonwealth's future?

Until her death in 2022, the Head of the Commonwealth was Queen Elizabeth. Due to her longevity – she was monarch for almost 70 years, almost all of Commonwealth's lifespan – and her regular trips to member states, she became almost synonymous with the concept of the Commonwealth.

The title Head of the Commonwealth is not hereditary, but in 2018 Prince Charles was ratified as Elizabeth's designated successor. Even so, the global respect for Queen Elizabeth doesn't necessarily transfer to all of her family, and the Commonwealth may be weakened without her.

Over the years, there have been eight referendums in Commonwealth realms on becoming republics – but none have been successful in half a century. Ghana (1960), South Africa (1960) and The Gambia (1970) voted in favor.

However, subsequent votes in Tuvalu (1986 and 2008), Australia (1999) and Saint Vincent and the Grenadines (2009) rejected republicanism. The most recent realm to turn republic, Barbados, did so without a referendum, just by a parliament vote.

There have been new applicants in recent years to become Commonwealth members. They include self-declared sovereign states like Somaliland and South Sudan, plus Suriname (which was a 17th-century English colony before becoming a Dutch colony), Burundi and Zimbabwe.

For all the understandable concern over the historical legacy of colonialism, it seems there is still at least some appeal to a global bloc of like-minded states. With new applicants queuing to get in and relatively few members turning republican, perhaps the Commonwealth will survive for a few years yet.