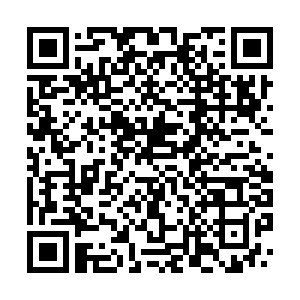 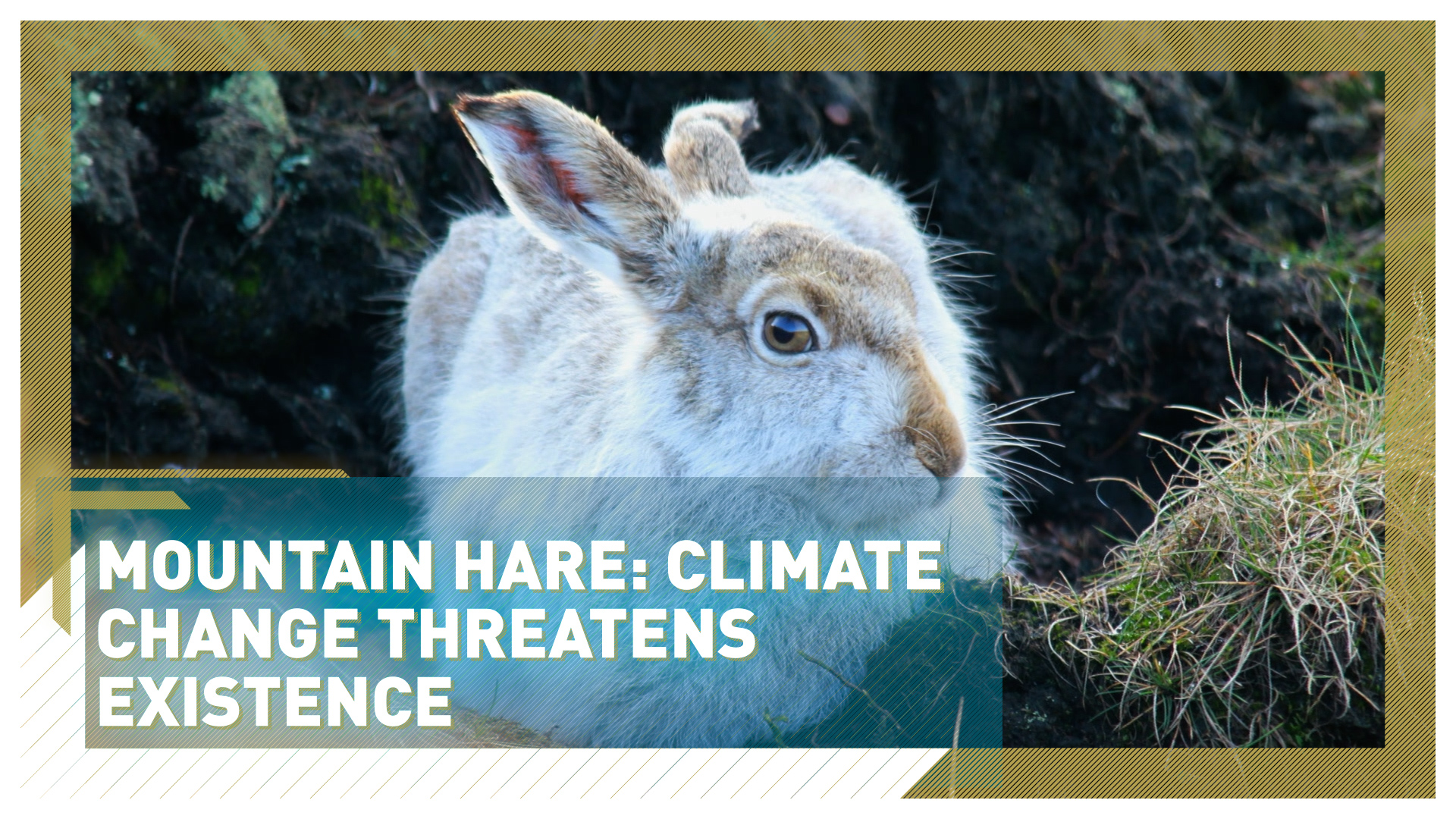 High up in the British Peak District, mountain hares shelter from the biting wind in clumps of heather, their white fur rendering them invisible to the naked eye in the bleak, snow-covered landscape.

With origins in the Arctic, these exotic-looking animals were left behind in Britain after the Ice Age. Facing the threat of extinction by the late 1800s, a small number were then reintroduced to several areas in England. But it was only in the Peak District that the population thrived, and the species remains vulnerable today. 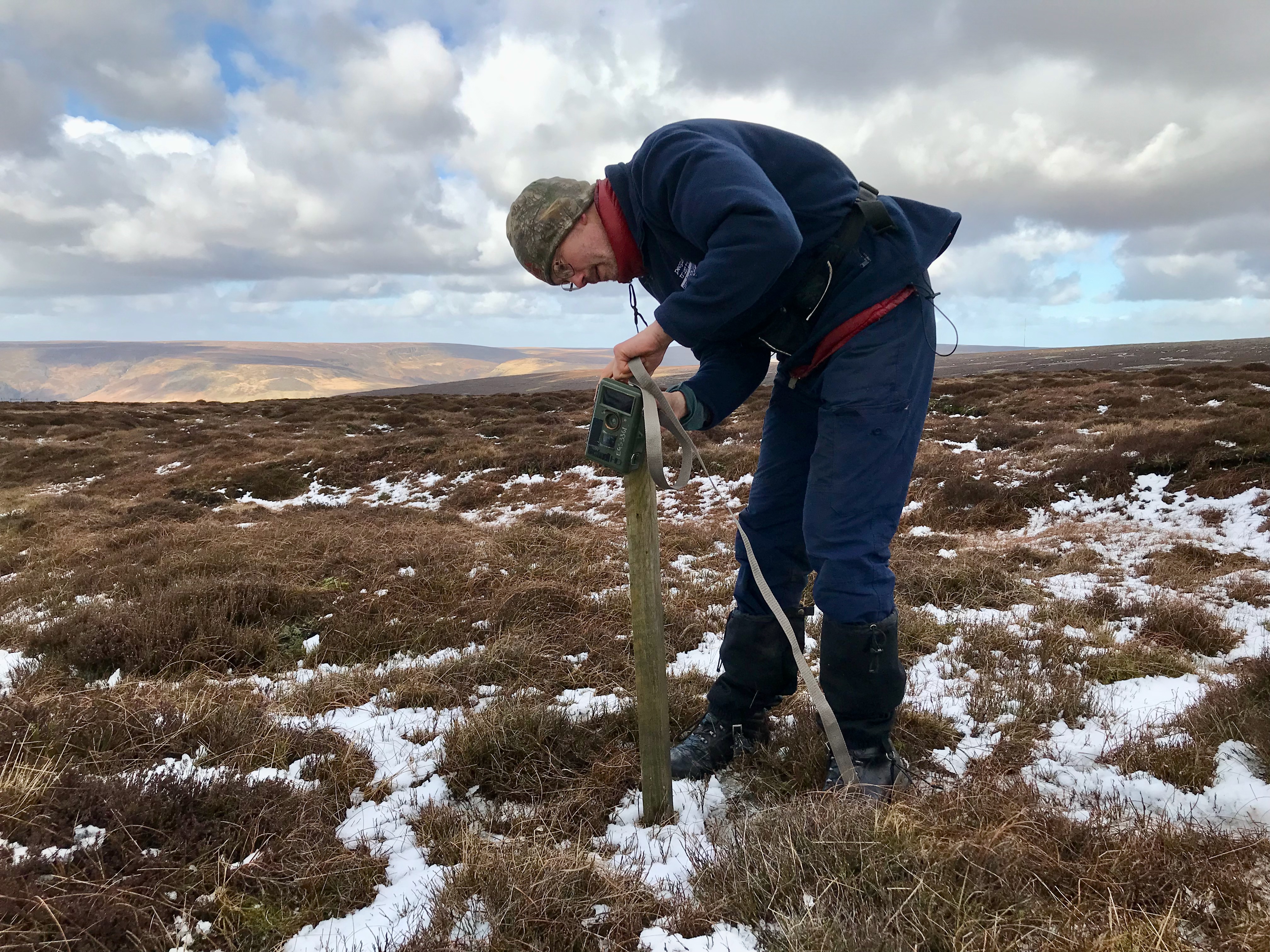 Carlos Bedson, a specialist conservation biologist from Manchester Metropolitan University, is conducting a four-year survey on mountain hares, working on behalf of the People's Trust for Endangered Species.

His tireless work, out alone in all weathers in this rugged terrain, has helped determine a current estimate of mountain hare numbers in the area, using the latest thermal imaging technology and line transect sampling techniques.

"Here in England, we have a small population of about three thousand mountain hares which is below the number that's considered viable to persist," he says. "Mountain hares breed prolifically, but they lose a lot of their babies, their leverets, literally within the first four weeks of birth. Probably about 50 percent pass away and are lost."

Mountain hares are hard to spot in the daytime, their white coats blending into the pockets of snow on the hillside. When disturbed, they suddenly sprint away with astonishing speeds of up to 70 kph. Bedson has installed a series of camera traps to observe them more closely.

The hares mostly move around in the hours of darkness, leaving distinctive tracks in the snow and a clearly-defined 'hare trail' – a kind of nocturnal hare highway – imprinted into the moorland landscape. 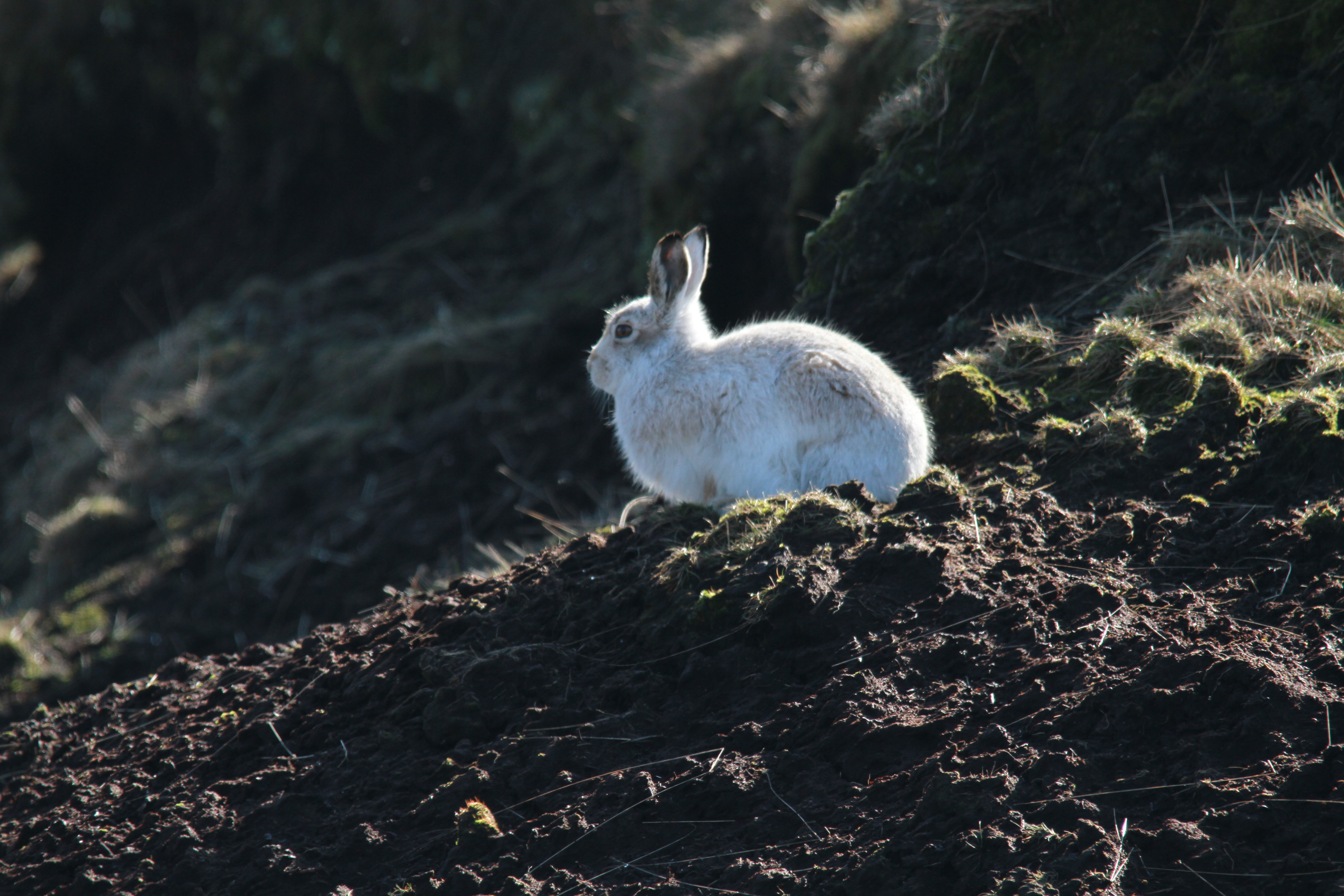 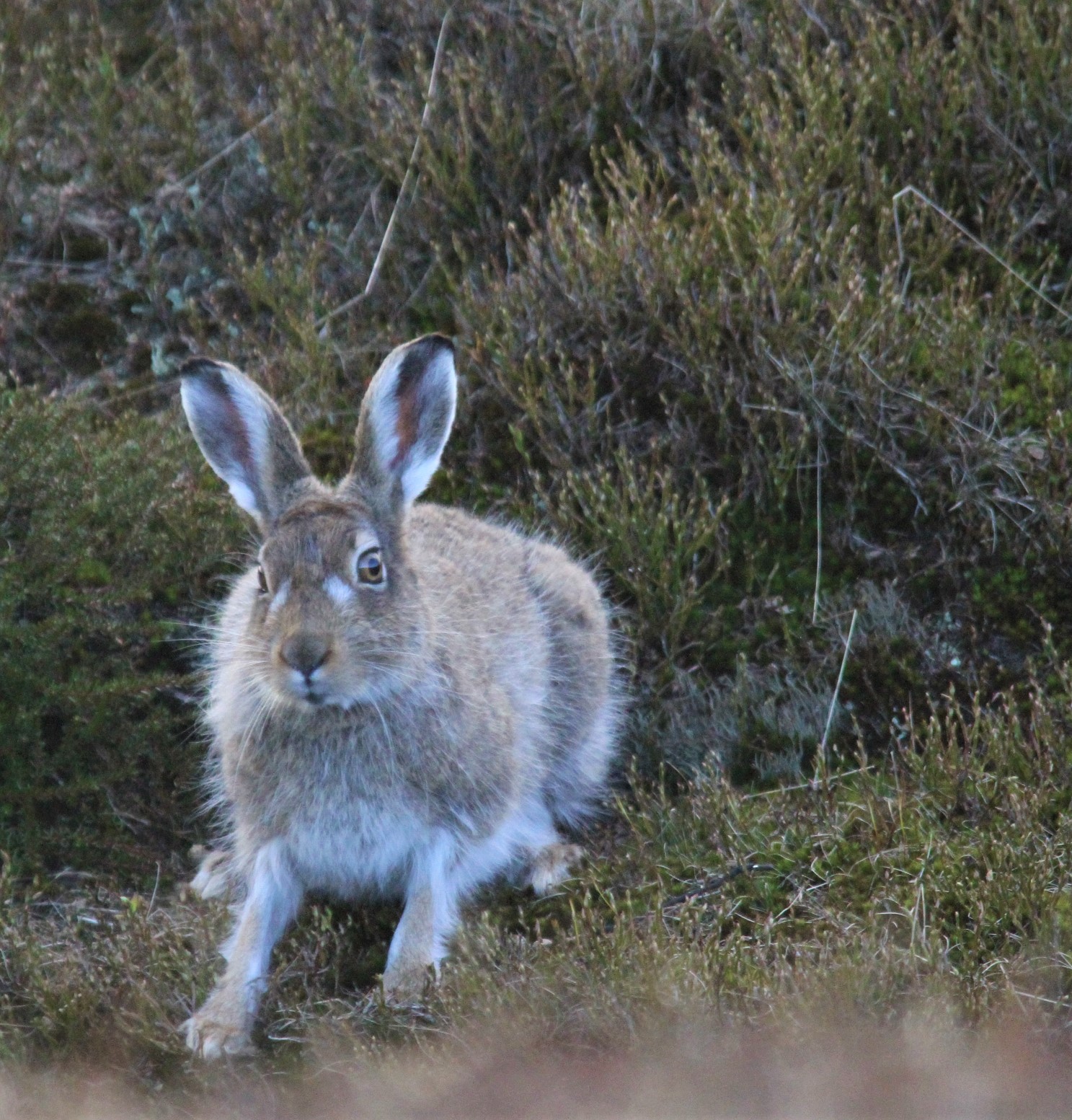 In the summer months, their fur turns brown, but as temperature start to drop again in late autumn, they lose this pigment, their coats turning white again, creating a camouflage for when snow falls.

This hollowed-out hair also affords additional insulation. But while mountain hares withstand the cold, they are vulnerable to disease, predators, parasites and other threats.

"There are human pressures as well. There are changes to land use, which causes habitat fragmentation," says Bedson.

"So, there may be less food available for hares to use. But the most important thing which is affecting them is climate change. The temperatures are increasing. Mountain hares are adapted for cold environments. They love the cold. They love winter. And as the temperature increases, they keep moving up the hill to where it is colder. And so, they actually move to the top of the hills where there's less land." 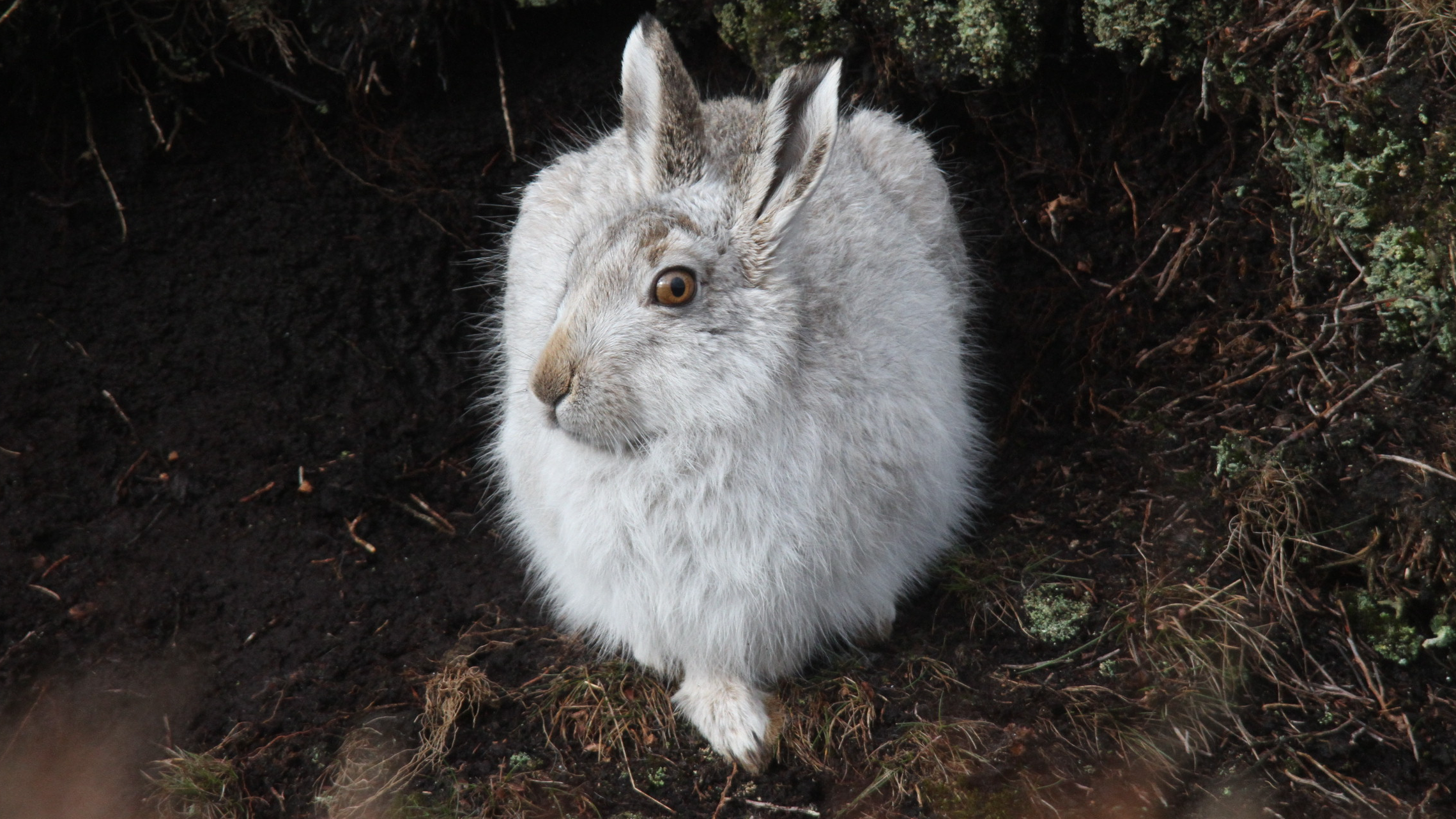 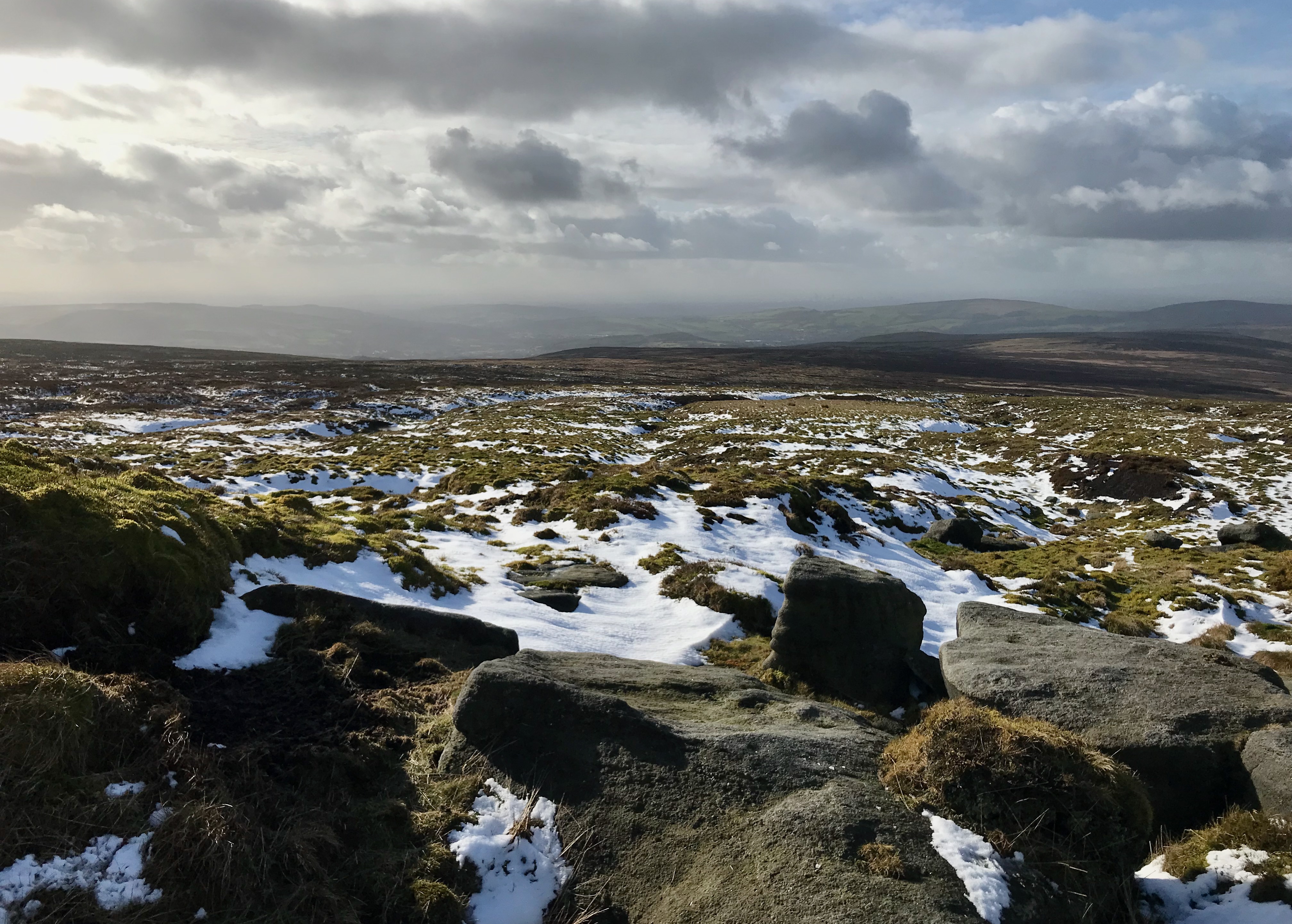 That shrinking space brings them in closer competition to their rivals, the brown hare. And with rising temperatures come other hazards, such as more frequent wildfires. There are some signs of progress for the mountain hare habitat, though.

Extensive peat bog restoration work in the Peak District in recent years, carried out by Moors for the Future and the National Trust, has dramatically improved the environment they live in. Both favorite foods for mountain hares. Heather and cotton grasses are now growing back in abundance.

The hope is this latest research will reveal what more could be done to help save the mountain hare and give a better sense of just how endangered the species is. But Bedson is already warning that without help, it may struggle to survive.

"The future looks difficult and bleak for the mountain hare," he says. "Rising temperatures here by 2-4 degrees C within the next 30 years. We can see snow here. It's doubtful there will be any snow here in 30 years' time."

And perhaps by then, without the ideal conditions, there could be fewer mountain hares.