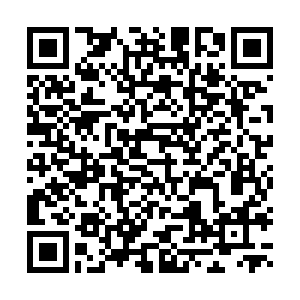 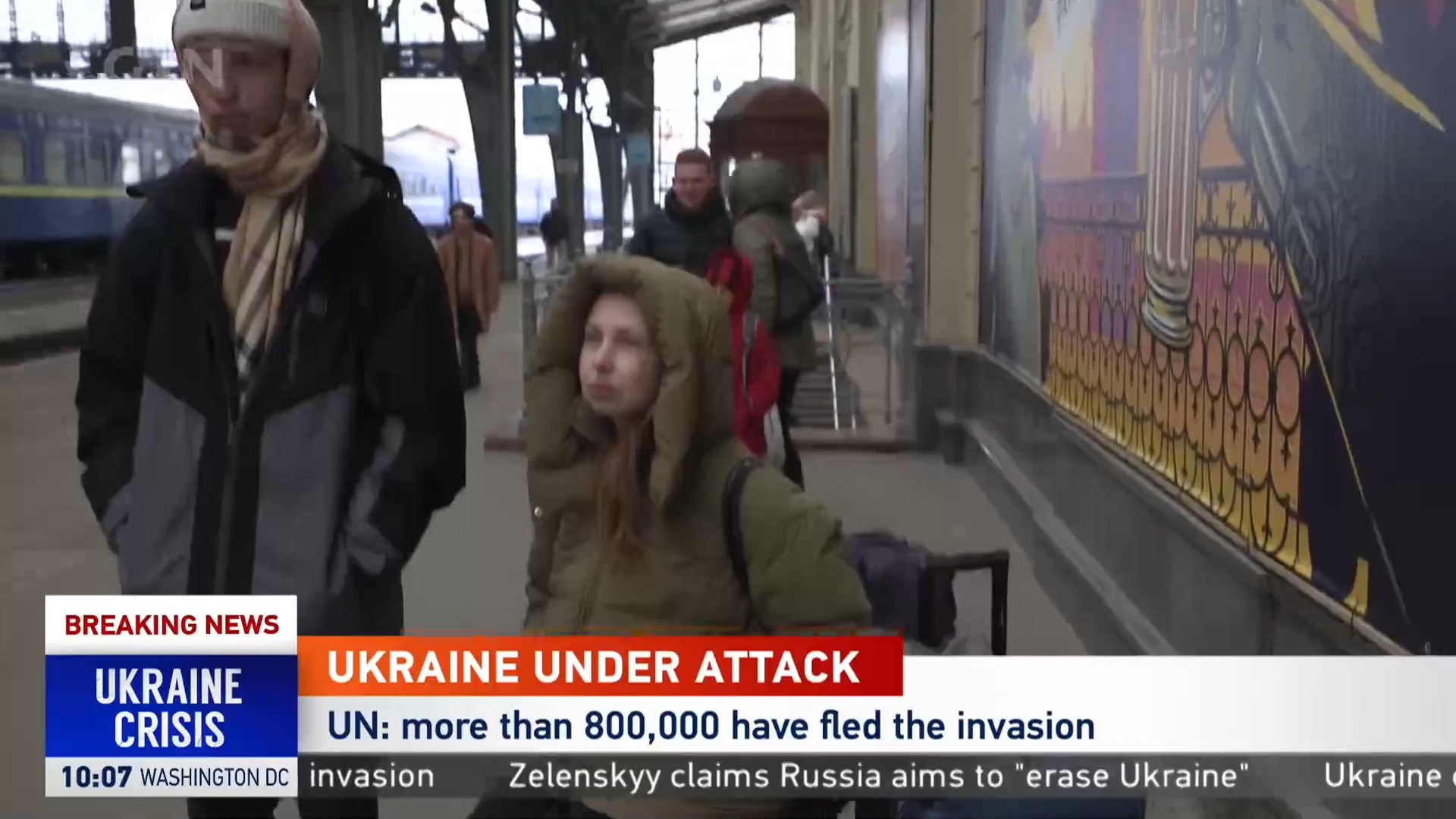 • Russia and Ukraine both claim control of southern port Kherson

• Kyiv prepares for battle as Russian forces wait to the north

• Talks could resume today despite both sides' tough rhetoric

Other cities: Disputed control of Kherson

Both Russia and Ukraine have claimed they are in control of Kherson, a southern city of more than 250,000 people. Strategically located on the Dnieper river's exit into the Black Sea – and just north of Crimea, the peninsula annexed by Russia in 2014 – the provincial capital would be the biggest prize to fall to Russian forces so far.

A Russian defense ministry spokesperson claimed that Russian forces have taken control of Kherson, but an adviser to Ukrainian President Volodymyr Zelenskyy denied this, insisting that there was still street fighting going on in the southern port. "The city has not fallen, our side continues to defend," said the adviser, Oleksiy Arestovych. Local authorities have admitted that Kherson is completely surrounded by Russian forces.

Meanwhile, 500 kilometers to the east and close to the border with Russia, the Azov Sea port of Mariupol was under constant shelling and unable to evacuate the injured, according to local authorities. The city council said that Russian attackers were shelling civilian sites, including residential blocks, hospitals and dormitories for people displaced by fighting. 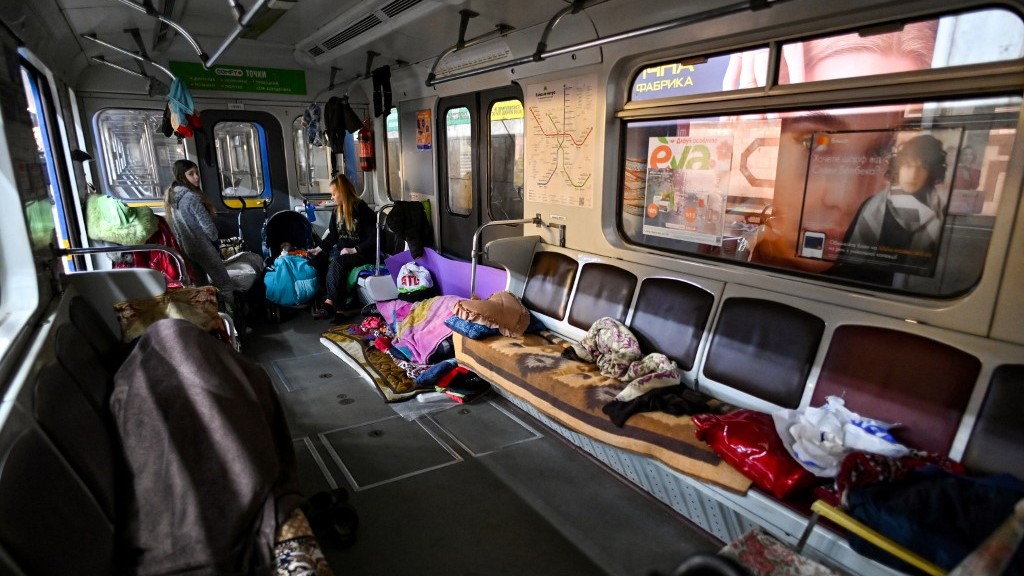 A family takes shelter in a metro car in Kyiv. /Genya Savilov/AFP

A family takes shelter in a metro car in Kyiv. /Genya Savilov/AFP

Leaders on both sides have predicted further action in Ukraine's capital Kyiv – but with very different tones.

The mayor of Kyiv has warned residents that Russian forces are moving in and has urged people to stay indoors and prepare to defend the city.

"The enemy is massing forces closer and closer," said mayor Vitaliy Klitschko, adding that there was now fighting on the capital's outskirts. "We are preparing and will defend Kyiv! I call on all Kyivans not to lose their fortitude."

On the other hand, Russia's defense ministry has urged residents to flee and said it would strike unspecified areas used by Ukraine's security services and communications. Russia bombed a TV tower in the capital on Tuesday.

An armored Russian convoy 65km long approached Kyiv from the north early yesterday, but U.S. officials said its progress had been thwarted by logistical problems such as shortages of fuel and food. Some analysts also believe it could be there to provide support for an invasion attempt from the west.

Ukrainian president Zelenskyy said Russia was aiming to "erase" Ukraine, its history and people – but praised his compatriots' defense of their country, which he said had cost Russia the lives of 6,000 troops.

"This is no time to be neutral," said Zelenskyy, going on to reference shelling of a Kyiv TV tower next to Babyn Yar, the site of a World War Two massacre of tens of thousands of Jews by occupying Nazi forces.

"This strike proves that for many people in Russia our Kyiv is absolutely foreign. They don't know a thing about Kyiv, about our history. But they all have orders to erase our history, erase our country, erase us all. 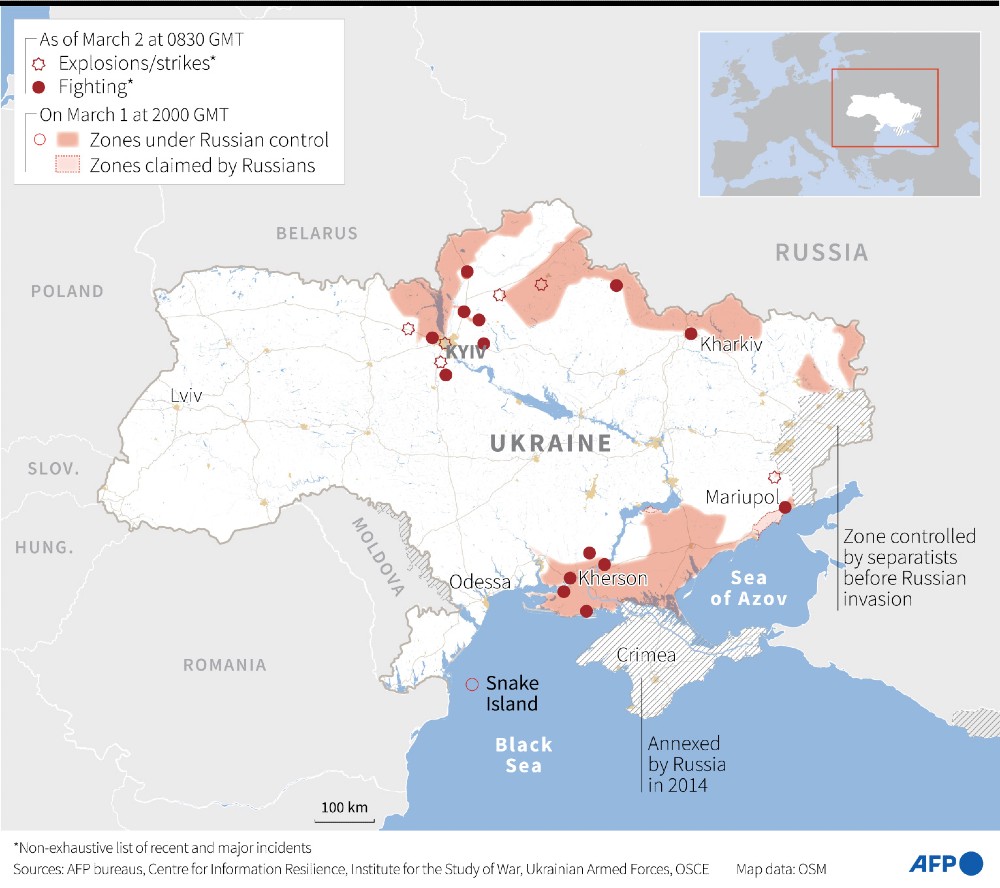 New talks seem set to take place in the coming hours and days, despite conflicting claims of each side's readiness to negotiate.

A second round of talks will take place on Wednesday, Russia's TASS news agency cited Zelenskyy's adviser Oleksiy Arestovych as saying on Ukraine-24 TV. However, Zelenskyy himself said Russia must "first stop bombing people" before peace talks could make any headway.

Meanwhile Russia's ambassador to the United Nations in Geneva, Gennady Gatilov, said his government sees "no desire on the part of Ukraine" to try to find a legitimate and balanced solution.

U.S. President Joe Biden led Democratic and Republican lawmakers in a rare display of unity during Tuesday evening's State of the Union speech to Congress. Lawmakers stood together to applaud Ukraine, many waving Ukrainian flags and cheering.

Biden announced that Russian flights are barred from American airspace, and in a deviation from his prepared remarks, said of Russian President Vladimir Putin: "He has no idea what's coming… Russia's economy is reeling and Putin alone is to blame.

"He thought he could roll into Ukraine and the world would roll over. Instead he met a wall of strength he never imagined. He met the Ukrainian people," Biden said. "From President Zelenskyy to every Ukrainian, their fearlessness, their courage, their determination, inspires the world." 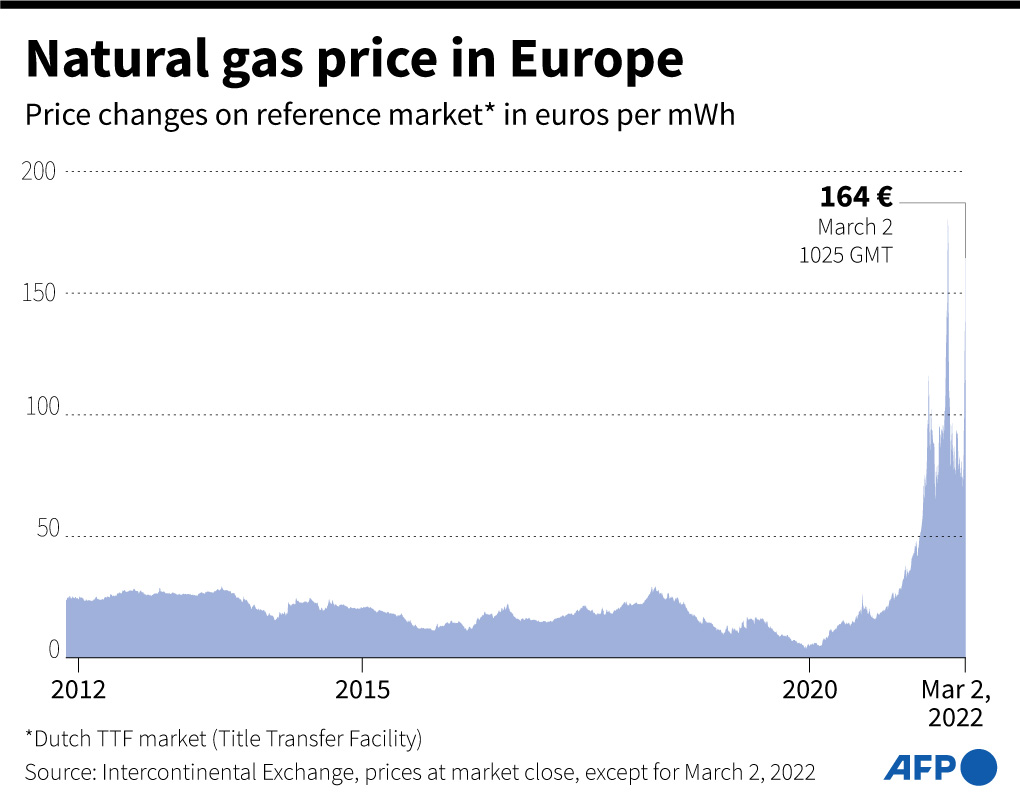 Oil prices soared past $113 per barrel and natural gas spiked to a record peak as investors worried over key producer Russia's intensifying assault on Ukraine. Later on Wednesday, traders will digest a meeting of OPEC and other major producers, including Russia, who will discuss whether to ramp up output to temper spiking prices that fan inflation.

The EU has suspended the broadcasting activities of Sputnik and Russia Today (RT), including RT English, RT UK, RT Germany, RT France and RT Spanish in response to the Russian attack on Ukraine.

Russia's ambassador to the UK raised the possibility of breaking off diplomatic relations between Moscow and London. "This possibility always remains, but we are not in a state of war," the TASS news agency quoted Andrei Kelin as saying on the Russia-24 TV channel. "The severance of diplomatic relations will mean that not only we, but also the British Embassy in Moscow will be forced to leave."

Russian and Belarusian athletes can compete as neutrals at the Winter Paralympics in Beijing. "They will compete under the Paralympic flag and not be included in the medal table," the International Paralympic Committee said.