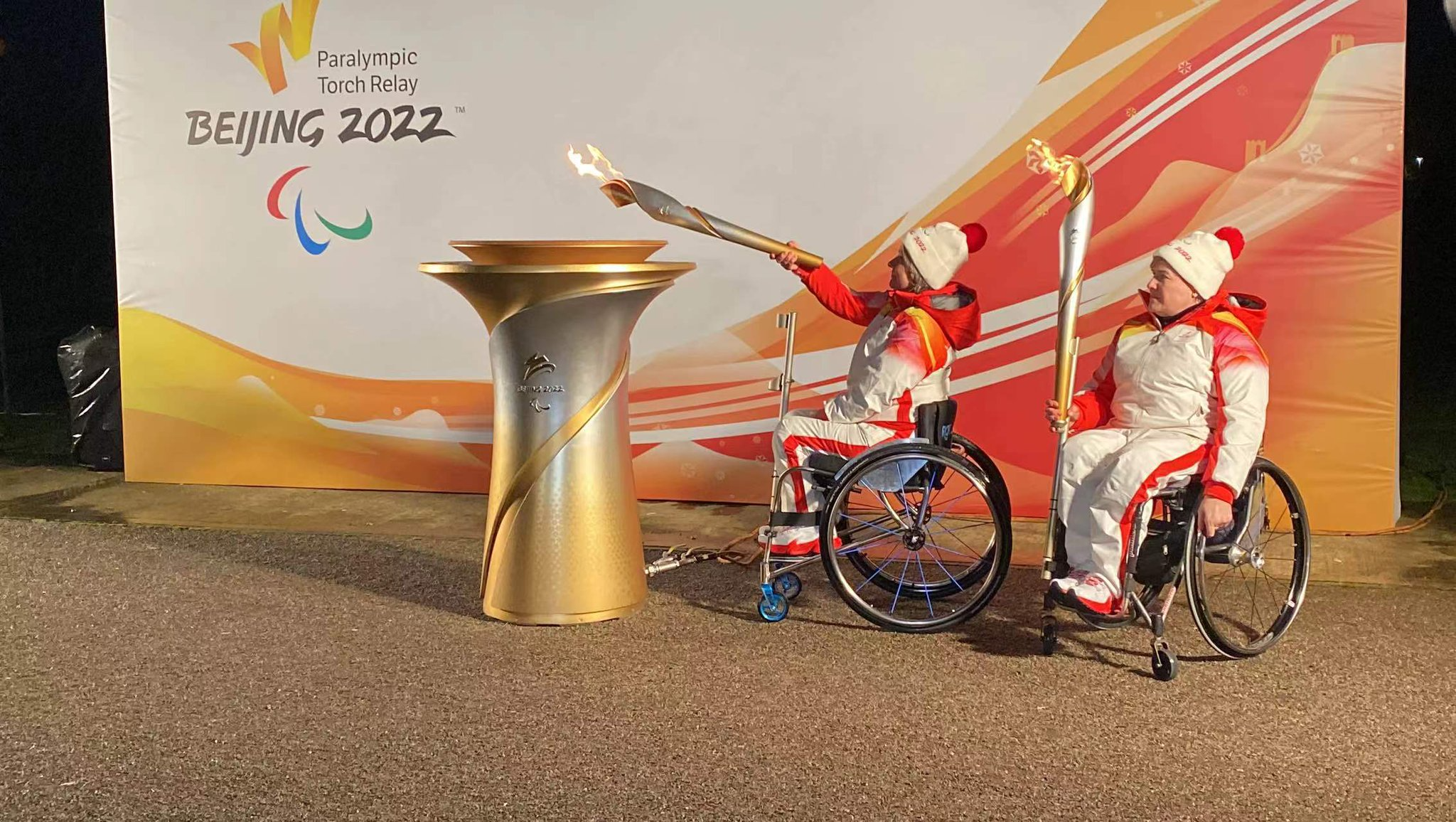 The flame for the Beijing 2022 Winter Paralympic Games has been lit at Stoke Mandeville Stadium in Buckinghamshire, UK.

Following on from the successful Beijing 2022 Winter Olympic Games, the Winter Paralympic Games will open in Beijing on Friday.

Stoke Mandeville was chosen as the venue for the flame lighting due to the history as the site of a leading spinal injuries hospital. In 1948, the hospital organized the first sports competition for the physically disabled. The event is generally regarded as the birth of the Paralympic Movement.

Representatives of the British and international Paralympic movement and Chinese Ambassador to UK Zheng Zeguang attended the event, in person or via video link.

"This is a flame of courage, determination, inspiration, and equality that will burn bright and light up the cold winter days. It will bring us health, joy, and vitality. For persons with disabilities from all corners of the world, it will ignite the confidence and courage inside and light up the way ahead," Zheng said ahead of the event.

The Beijing Paralympics will take place from March 4 to 13 and are expected to be among the biggest ever, with around 600 athletes from 48 delegations.

The Paralympic flame will be sent virtually from Stoke Mandeville to Beijing, where it will be joined by eight other flames seeded around China.

The flames will then be integrated into a single flame on Wednesday at the Temple of Heaven, a historic landmark in Beijing.

Stoke Mandeville Hospital opened one of the world's first spinal injury units during WWII. Its founder Sir Ludwig Guttmann believed that sport was an effective therapy for injured military personnel, helping them build up physical strength and confidence.

The Paralympic Games were launched in 1960 in Rome, and, ever since the 2012 London Paralympics, the flame lighting ceremony has been taken place at Stoke Mandeville.