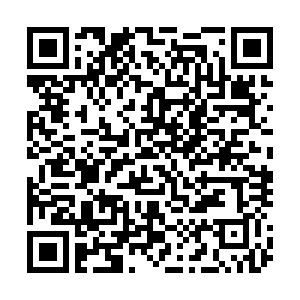 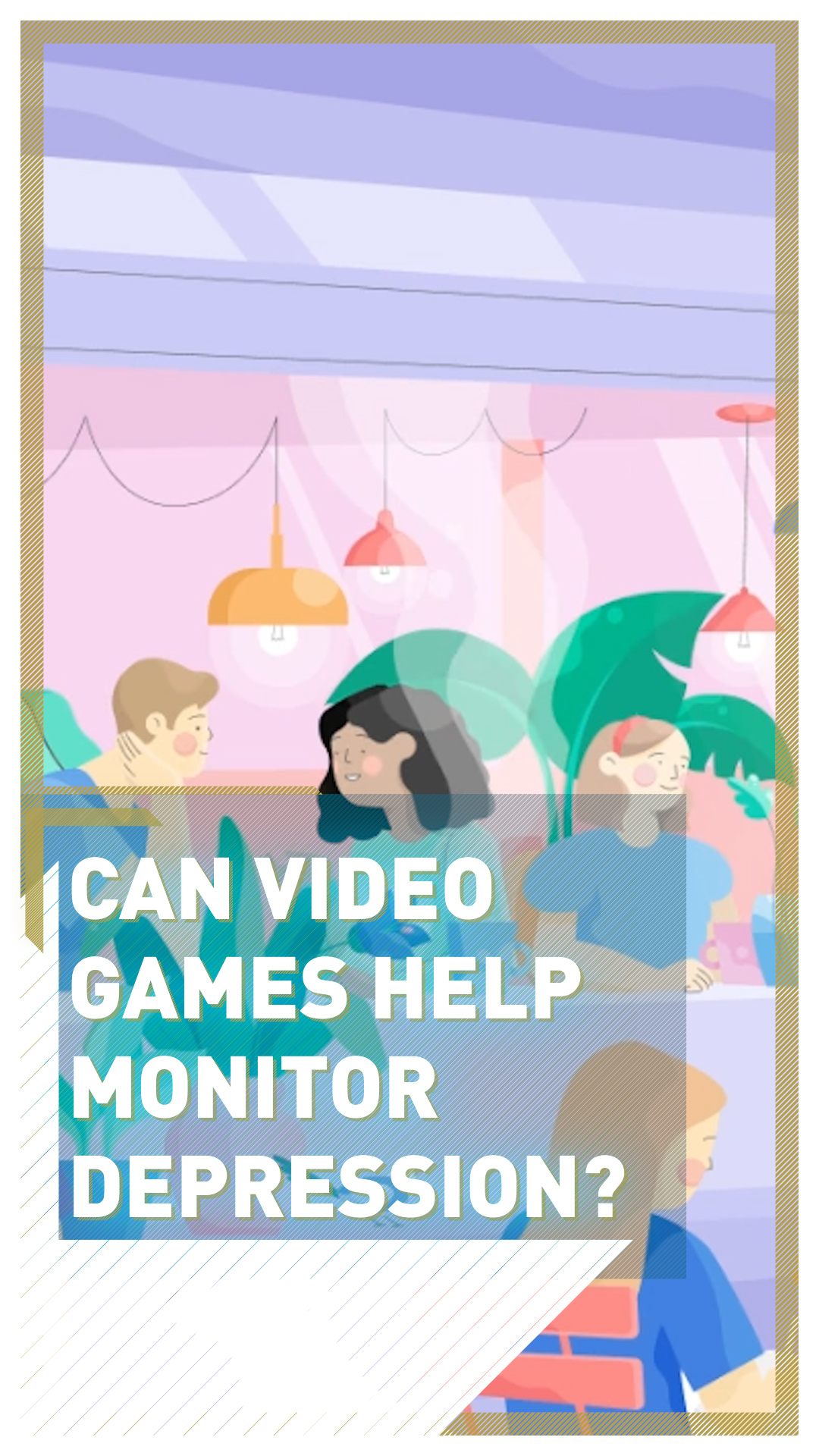 The pandemic had a terrible impact on people's mental health, with young people reporting feeling more depressed and anxious than ever, after extended periods of lockdowns and restrictions.

COVID-19 has brought health systems to the brink of collapse, and mental health services are struggling to keep up with an increasing number of people seeking support.

But what if patients had a different, more immediate tool at their hands to check on their mental wellbeing? What about something that's already likely on your hands most of the time - your smartphone?

This was the idea of two London-based scientists and entrepreneurs, Dr Emilia Molimpakis and Dr Stefano Goria, who have created a smartphone app that can help diagnose and monitor depression by using video game-like tools and AI. 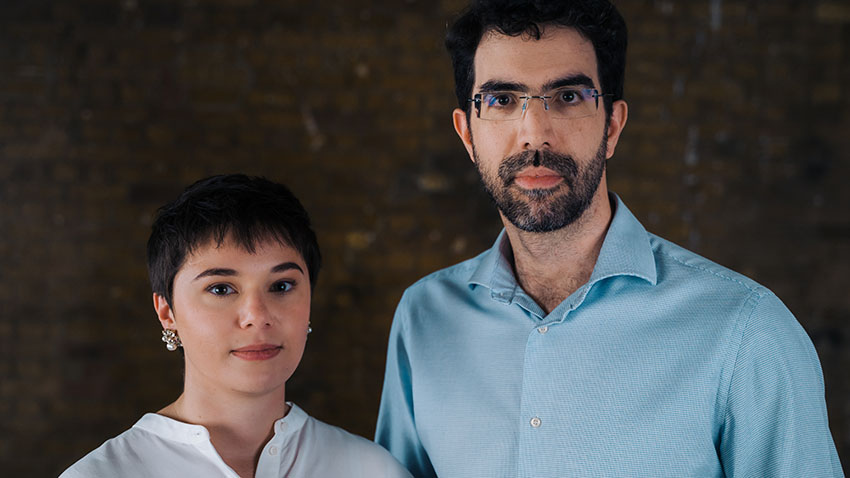 How can video games assess depression?

The app, called 'thymia' (a suffix which means 'state of mind'), combines voice monitoring, facial expression-reading AI and behavioral data to assess how a user, or patient, is feeling at any time they engage with the online platform.

"We look at both the way somebody speaks - the acoustic properties of their voice - and also what they're saying," explains Molimpakis.

The pitch of your voice and the words you use can reveal a lot about your psychological state, she says. For example, people who may have depression tend to use more personal pronouns, Molimpakis explains.

"We also use the camera on your laptop or on your mobile phone to assess your eye-gaze patterns, so where you're looking on the screen, and also facial micro-expressions. So thousands of little data points on your face, like the areas where the muscles combine," she adds.

"And then finally, the last data stream is behavioral data. And this we gather through specially designed video games, which are based on neuropsychology protocols."

In the span of two to three minutes, the total duration of the exercises and games on the app, thymia is capable of making an accurate and objective assessment on the user's mood - a result that the app will then crosscheck and combine with all the reactions gathered in a week, a month, or a year.

In one of the games, patients have to click on each bumblebee on the screen, remembering which they've already tapped. People with depression can have lapses in this type of memory cognition, according to Molimpakis. /thymia

In one of the games, patients have to click on each bumblebee on the screen, remembering which they've already tapped. People with depression can have lapses in this type of memory cognition, according to Molimpakis. /thymia

How did it all start?

At the heart of the creation of this potentially revolutionary technology, there's a profound human story. Molimpakis decided to create 'thymia' after a close friend of hers tried to take her own life as her depression got more severe, something both her friends and family and clinicians failed to spot.

"I kind of watched her go through the whole [health service] process, seeing a GP, then a clinical psychologist, eventually a psychiatrist," Molimpakis says.

"And what happened was, even though she was being seen so closely by people within just three short months, she ended up trying to kill herself.

"So nobody really saw how bad the situation was until it was actually too late, and I was one of the people who found her when it happened.

"And obviously, as a friend, you feel a sense of responsibility, like why did you not see this? And how could this have happened? But really, what struck me was, you know - why? How could the clinicians not have seen this, when they were monitoring her?"

Time for a revolution

What happened to Molimpakis's best friend pushed her to look deeply into the industry, and what she discovered was shocking: clinical psychology and psychiatry were  still using methods that had remained unchanged, and unchallenged, for decades.

"Some of the questions have been the same since World War I, and they just use these subjective questionnaires that never actually give you a clear view of what's happening," she explains.

The questionnaires given to potential patients in the UK are prone to bias, easily manipulated and subjective, Molimpakis says, while she believes mental health disorders can be objectively measured.

"Both require treatment, and both are equally important and part of the person."

Before founding thymia in April 2020, Molimpakis had worked for 12 years with patients suffering from neurodegenerative disorders like Alzheimer's disease and Parkinson's, and mood disorders like schizophrenia, bipolar disorder and depression.

As a specialist in cognitive neuroscience and linguistics, she looked at patients' language use as an indicator of their cognitive function. After briefly working for a company that asked her to produce a video game based on neuroscience, Molimpakis realized that video games could be useful tools to monitor mental health disorders too.

"I realized I could bring my knowledge from language and adapt these video games, tweaking them to actually be able to look at depression science," she says.

She teamed up with Stefano Goria, an expert in multimodal artificial intelligence, to create thymia. 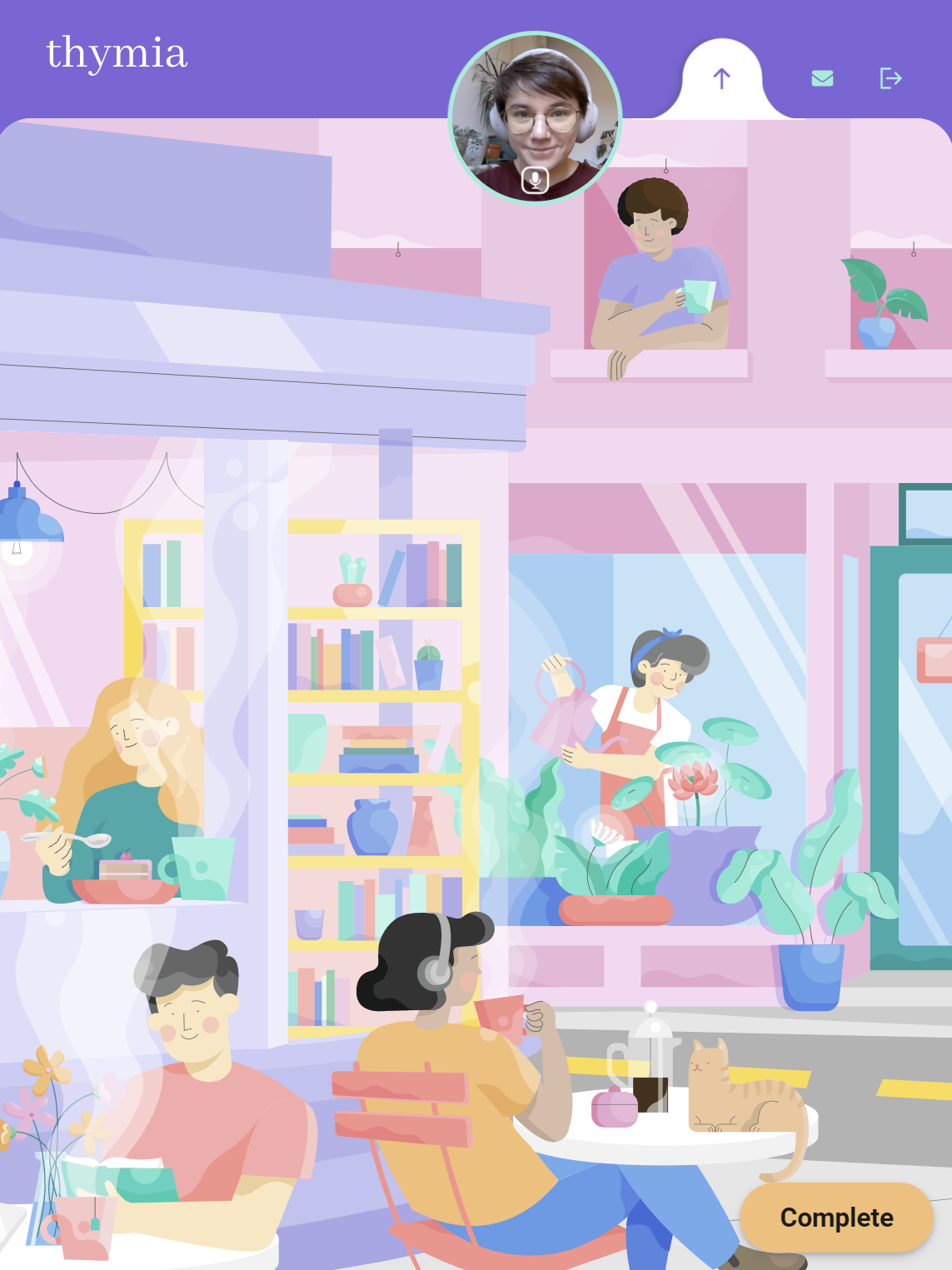 Over 85 percent of users in the pre-clinical stage wanted to play the games daily just for fun, even without output, Molimpakis says. /thymia

Over 85 percent of users in the pre-clinical stage wanted to play the games daily just for fun, even without output, Molimpakis says. /thymia

How could this technology be used?

Molimpakis and Goria say they do not want to replace clinicians, but work hand-in-hand with them, providing them with "an objective metric system and toolset," that will help clinicians make a therapy choice while at the same time empowering patients to better understand their conditions.

Is it ready yet?

Thymia has just entered clinical trials, after a successful pre-clinical stage where thousands of individuals played the app and provided enough data to train thymia's models.

"We have about 3,500 hours of data on our platform, which makes it the largest multimodal depression dataset in existence," says Molimpakis.

To her surprise, thymia's aesthetically pleasing interface was found calming and enjoyable by an overwhelming majority of users, and the games were loved by both young people and older people.

Last year, Molimpakis and Goria raised $1.5m to 'scale up' the app, and they're now looking at expanding out of the UK.

Thymia is also looking into extending its area of expertise from depression only to other disorders like Alzheimer's and Parkinson's.

"Our aim is to become the gold standard of assessment for all cognitive disorders within the next 10 years," Molimpakis said.