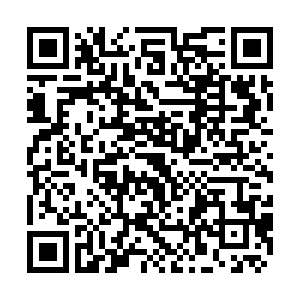 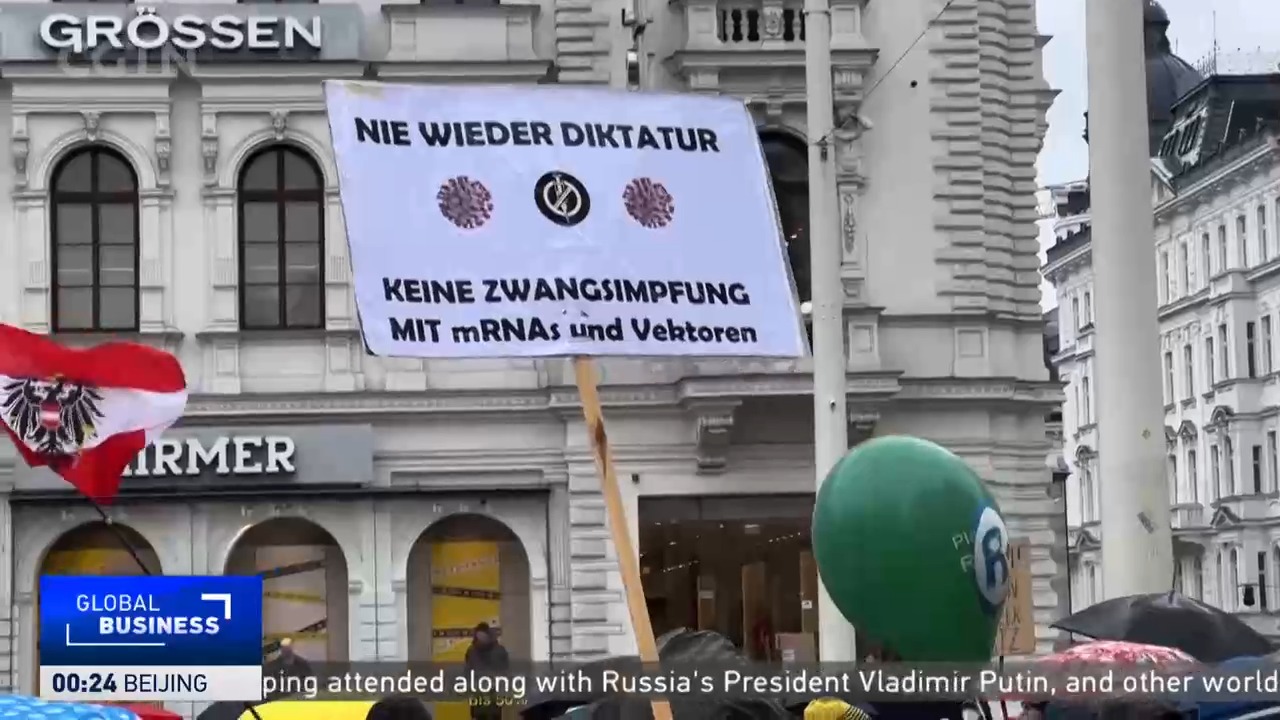 In Austria, the EU's first general COVID-19 vaccine mandate is coming into force. The highly controversial law passed both chambers in parliament and is now set to be signed by the president, after which it immediately comes into effect.

Unvaccinated people face fines of up to $4,000.

"I will do what all the other people do - I won't pay it," Vienna resident Reinhard Jesionek told CGTN. He is one of tens of thousands of  unvaccinated Austrians who have repeatedly taken to the streets to protest what they consider an oppressive vaccination requirement. "We will see, we will go to a lawyer," the 57-year-old journalist added.

But paying for a lawyer might not even be necessary. The opposition right-wing Freedom Party, the third biggest party in the Austrian parliament, is offering to help those among the 1.5 million affected citizens who wish to escape the fines.

"I want to give them a solid, serious and an easy-to-understand guide so that they can do what is their right, namely to appeal against the penalty notice," party leader Herbert Kickl said during a press conference.

Fines for the unvaccinated will not be issued immediately. First, the government is sending a letter to all residents, informing them of the new mandate. Then from mid-March, the police will carry out checks in public area and - if necessary - impose penalties.

The new law applies to the entire adult population. Exceptions are provided for pregnant women and those who cannot be vaccinated for health reasons, as well as for those who have recovered during the past 180 days.

"The pandemic is not over yet," Austrian Chancellor Karl Nehammer declared. "We see Omicron behaving differently. But we cannot yet predict what will happen in the fall. That's why vaccination continues to be so important."

However for Jakob-Moritz Eberl from the University of Vienna, the mandatory vaccine measures don't go far enough, as it will not be applied in the workplace. "I believe that enforcing a vaccine mandate for specific worker groups might make more sense as it also has shown to be more effective."

Eberl is working for the Austrian Corona Panel Project, which is conducting studies on the anti-mandate protest movement. According to the data, around 15 percent of demonstrators advocate violent resistance to the vaccine mandate. "To some extent it is understandable that there is a potential for violence in these protesters, because they fear for their lives, they fear for the lives of their children because they are wrongly informed that the vaccine is unsafe and that it might kill them," he explains

Because of the potential for violence, Austria's secret service is reported to be keeping a very close eye on the demonstrations. Around 30 percent of Austrians have not yet been fully vaccinated.