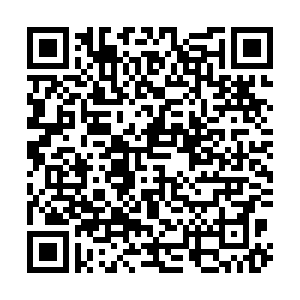 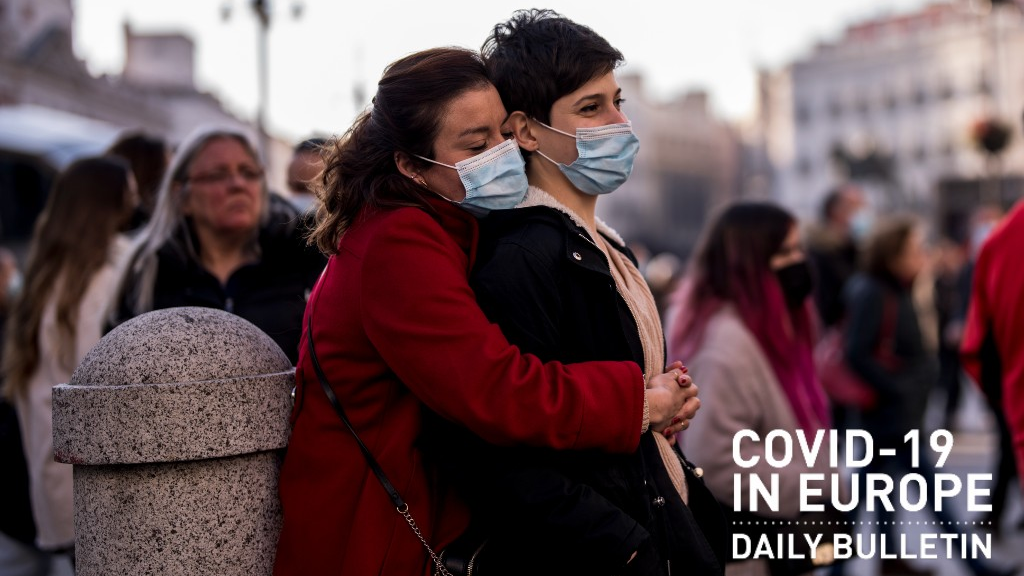 People in Spain will no longer be required to wear a mask outdoors from next Thursday. /Manu Fernandez/AP

People in Spain will no longer be required to wear a mask outdoors from next Thursday. /Manu Fernandez/AP

- People in Spain will no longer be required to wear a mask outdoors from next Thursday, the country's health minister Carolina Darias said on Friday.

"We always said it would last only while it was strictly necessary. As contagion rates have fallen for several days, the government considers the situation has changed," she said.

- France has surpassed 20 million confirmed cases since the start of the pandemic after health ministry data reported a further 274,352 infections in the past 24 hours, pushing the overall total to 20.15 million.

- Austria's upper house has approved a vaccine mandate that would see all adults aged 18 and older required to be fully vaccinated.

Once the mandate, which is the first of its kind in Europe, comes into effect, officials will write to every household to inform them of the new rules.

- The European Commission has proposed an extension of its EU COVID certificates for another year because it is currently not possible "to determine the impact of a possible increase in infections in the second half of 2022 or of the emergence of new variants."

The certificate is aimed at facilitating travel across all of the 27-nation bloc countries during the pandemic.

- Portugal is to drop its requirement to present a negative test result for air passengers arriving in the country with a valid digital European Union certificate or recognized proof of vaccination.

The decision was approved in a cabinet meeting, before being announced by the government on Thursday. International passengers will no longer have to take a present a negative test on arrival into Portugal. /Armando Franca/AP

International passengers will no longer have to take a present a negative test on arrival into Portugal. /Armando Franca/AP

- The World Health Organization's regional director Hans Kluge has said that Europe's COVID-19 situation is entering a "plausible endgame," but urged nations not to get complacent.

"I wish to reiterate the firm call I made last week, which is indeed referring to a plausible endgame for the pandemic, not to say that it is now all over, but to highlight that in the European region there is a singular opportunity to take control of the transmission," Kluge said.

- The popular tourist island of Bali reopened its borders to visitors worldwide on Friday, but a strict quarantine period is still required on arrival.

Bali had opened up to a limited list of countries, namely China, Japan, South Korea, Dubai and New Zealand back in October, but now it's allowing flights from all over the world.

- The ongoing saga involving British Prime Minister Boris Johnson - accused of creating a culture of ignoring coronavirus rules in his own office - has damaged public confidence in the government, finance minister Rishi Sunak has admitted.

"Yes I think it has (damaged public confidence). I can appreciate people's frustration and I think it is now the job of all of us in government, all politicians to restore people's trust," he told the BBC.

- Meanwhile, Britain has approved Novavax's two-dose vaccine for use in adults, meaning the country has now given the green light to five different shots as it continues to fight against the Omicron variant.

- Germany has reported 248,838 new cases in the past 24 hours, the highest daily figure the country has recorded since the start of the pandemic.

Meanwhile, fatalities linked to the virus also rose by 170 people, brining the overall death toll to 118,504.

- Researchers in the UK have begun a small trial to see whether it is possible to repurpose anti-viral therapies to treat the virus.

Scientists from the University of Oxford will initially screen 138 drugs with known antiviral activity against the SARS-CoV-2 strand to study and identity combinations which would boost their potential.