Gao Jisheng has been looking to sell his stake in Southampton for more than two years. /Catherine Ivill/Getty Images

Gao Jisheng has been looking to sell his stake in Southampton for more than two years. /Catherine Ivill/Getty Images

Chinese businessman Gao Jisheng has sold his 80 percent stake in English Premier League soccer club Southampton for a reported $136 million, more than two years after declaring he wanted to sell.

It represents a significant loss for Gao, who used his personal wealth to purchase the holding in 2017 for $272 million. He has agreed to sell his shares to Sports Republic, an investment firm backed by Serbian billionaire Dragan Solak, the club confirmed via a statement on its website.

Southampton CEO Martin Semmens described the buyout as "the perfect solution." The remaining 20 percent of shares will be retained by Katharina Liebherr, who inherited the club from her late father Markus in 2010.

"We searched the world for good people with the ambition and resources to lead us into the next era and I am happy to confirm we have found them," Semmens said.

Sport Republic's Chairman Henrik Kraft revealed the acquisition was the first of several planned investments in sports clubs for the company.

Kraft told Southampton supporters: "We expect more investments to follow over the coming years. Our ambition is to build a portfolio of high-influence stakes in football [soccer] clubs and other sporting assets across the world." 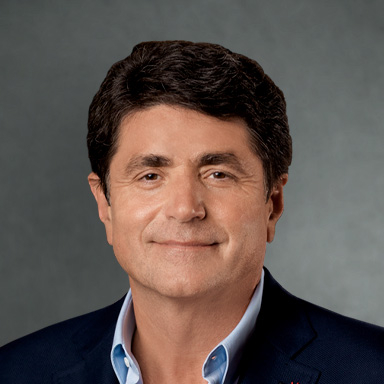 Entrepreneur Dragan Solak has founded several companies but his most successful has been media giant United Group. /United Group

Entrepreneur Dragan Solak has founded several companies but his most successful has been media giant United Group. /United Group

Who is Dragan Solak?

Solak is a media mogul who began his career by founding the cable TV operator United Group in central Serbia in 2000. After several acquisitions, it merged with SBB and Telemach Slovenia to form a company that has an annual revenue of $2.04 billion and employs more than 13,000 people.

Solak is the lead investor in Sports Republic, and describes the company's goal as "to apply proprietary intelligence and data analytics to help sports businesses and sports technology companies reach their full potential."

The company's portfolio includes Tonsser, a football app designed for young players to enhance their performance.

"Southampton has so many of the qualities we have been looking for in a major sports organization. It has a great management team, excellent talent development, talented teams playing attractive football and a dedicated fan base," said Solak.

Solak is also a passionate amateur golfer who is helping promote the sport in Eastern Europe and serves as the Chairman of the Board of the international golf group Eligo.