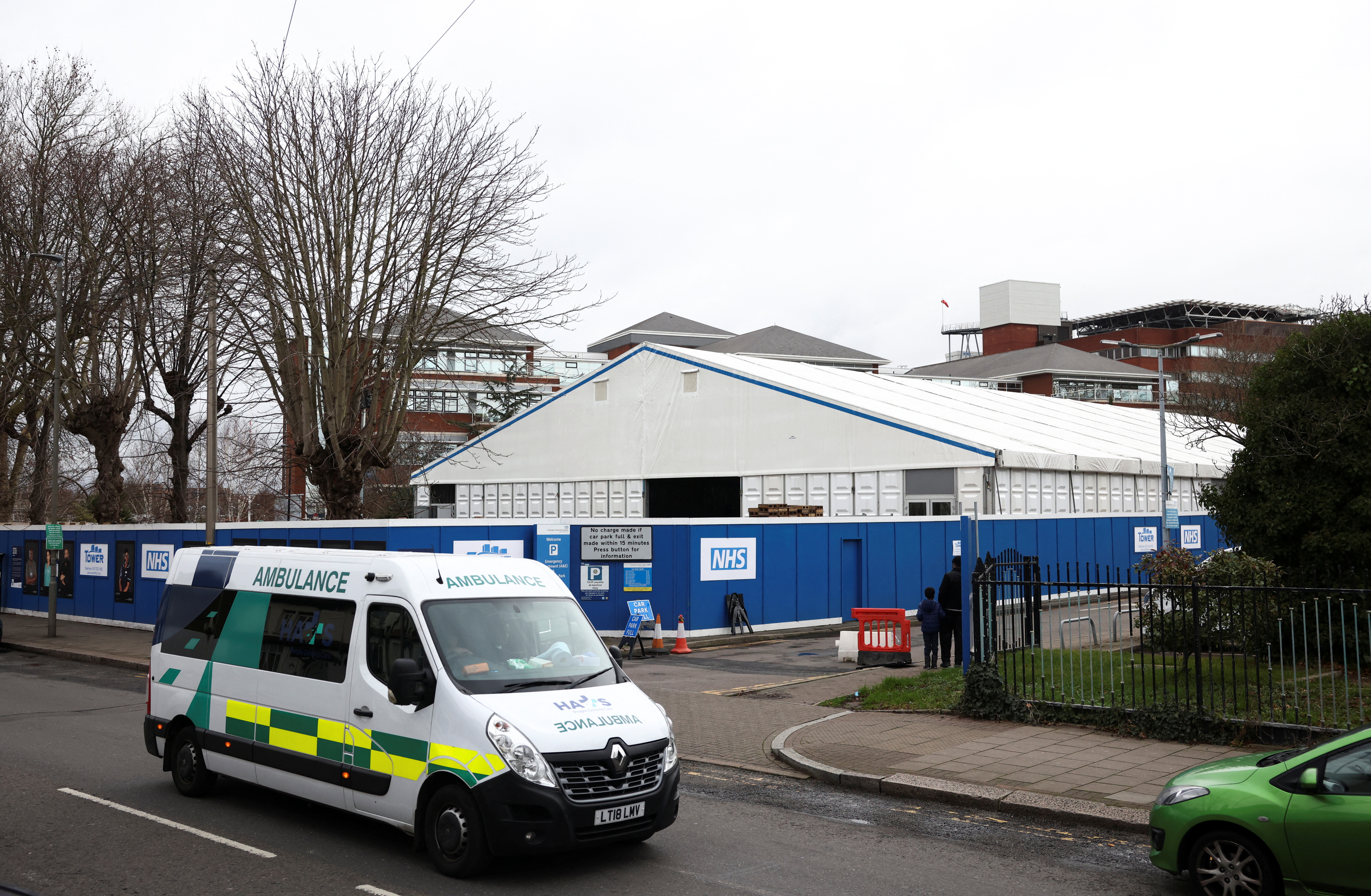 Temporary field hospitals, like this one in the grounds of St. George's Hospital, in London, have been established to meet anticipated demand as Omicron cases surge. Reuters/Henry Nicholls

Temporary field hospitals, like this one in the grounds of St. George's Hospital, in London, have been established to meet anticipated demand as Omicron cases surge. Reuters/Henry Nicholls

Several hospitals in the UK have declared ‘critical incidents’ as they struggle to cope with the impact of COVID-19.

Many are facing staff shortages because of a surge in Omicron infections with at least half a dozen trusts in the National Health Service (NHS) affected.

On Monday, 157,758 cases of coronavrius were recorded in England and Scotland. There were delays in data from the other two countries that make up the UK - Wales and Northern Ireland.

In a blog post, the chief executive of the NHS Confederation, Matthew Taylor, said the situation was becoming unsustainable: “In many parts of the health service, we are currently in a state of crisis," he wrote.

He also said the country wouldn't know the full impact of Omicron “until later in the week and into next week”. On Monday, prime minister Boris Johnson said the new variant was “plainly milder” but urged people to remain cautious and follow Plan B restrictions in England. They include wearing face masks in public places and working from home, where possible.

Taylor also called for the scientific response to the virus not to be politicized: “Let's focus on facts, let's wait for the data, let's listen to those trying to cope on the frontline.”

In a letter to the UK health secretary, the Royal College of Nursing union - which represents 465,000 nurses - has also called for a “more cautious approach” to dealing with COVID-19. Government officials in England are set to review the current situation on Wednesday but have so far ruled out any further restrictions.

Scotland, Wales and Northern Ireland introduced tougher measures after Christmas, but cases in those countries are continuing to rise too.

There are some positive signs in the fight against the virus in the UK, however. Both government officials and health bosses have suggested hospital admissions in the capital London appear to be plateauing.

Nonetheless, Johnson said the pressure on hospitals “is going to be considerable for the next couple of weeks, and maybe more.”

It's not just the healthcare sector facing a shortage of workers. Other parts of the economy are also being impacted, including public transport and education. Schools in many parts of the UK are reopening on Tuesday after the Christmas holidays.

Secondary school students in England will have to wear face masks in classes and test twice a week for COVID-19. Many headteachers and teaching unions say staff shortages are a real concern in the coming weeks, with relatively high rates of absenteeism already an issue before the current surge of Omicron

Cover photo: An NHS sign at St James's University Hospital in Leeds, where a temporary coronavirus "surge hub" will be set up. Reuters/Jason Cairnduff/File Photo