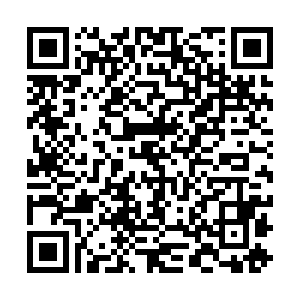 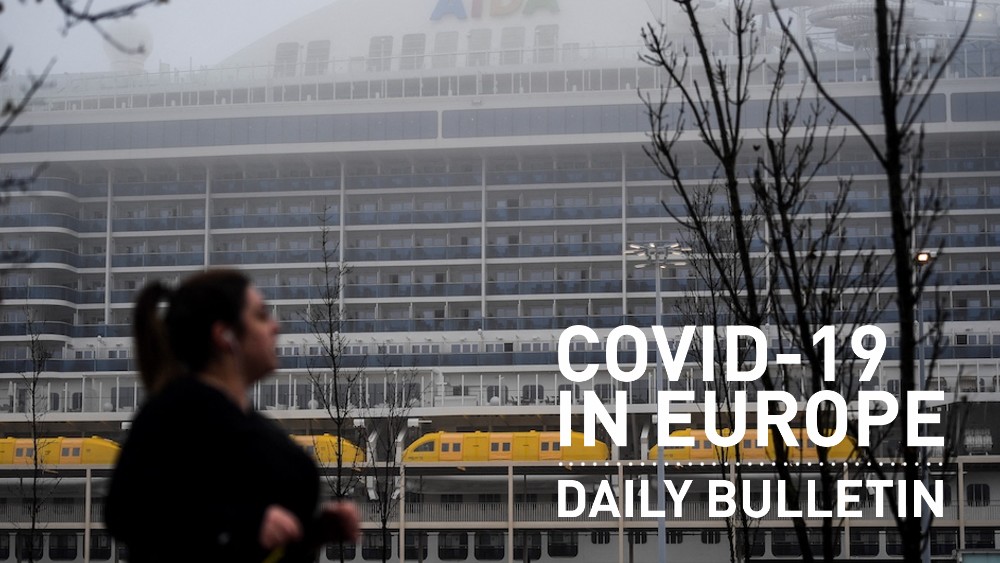 ·  France has reduced its required quarantine length for anyone who tests positive for COVID-19. Fully vaccinated people must isolate for seven days, down from 10. But with a negative test, people can finish isolation. Vaccinated "contacts" no longer need to isolate.

· 64 people have now tested positive on the German Aida Nova cruise ship, which has been stranded in Lisbon for three days after the first infections emerged. The ship was bound for Portugal's Madeira island, then the Spanish Canaries. Passengers who tested negative have begun their evacuation.

· Anti-lockdown protestors gathered in Amsterdam on Sunday, despite an order from Mayor Femke Halsema banning the demonstration. Police clashed with the group, and confirmed 30 arrests were made and four police officers were injured in the scuffles.

· In the UK, where the government has repeated that it does not plan to bring in more restrictions despite rising cases and hospitalizations, a pharmacy trade body has criticized the distribution of rapid Lateral Flow Tests after it emerged the sole national supplier shut over Christmas leaving many stores without the in-demand tests.

· UK Education minister Nadhim Zahawi announced school children would have to wear facemasks inside classrooms until at least January 26. It is the first time those aged between 11-18 have been asked to wear masks during lessons.

· Israel has expanded its vaccine program again, with fourth jabs now being administered to healthcare workers and those over 60 years old, after those with weakened immune systems began receiving the jab on Friday. It is available for those who had their "booster" at least four months ago.

· Kuwait has advised its citizens to avoid traveling to Europe, or even returning home due to a continuing spike in cases. The foreign ministry released a series of statements telling people to "delay their trips" to the continent as a whole, and avoid France, Germany, the UK, Spain and Italy.

· Belgium's health spokesperson said the government had "finalized" talks with pharmaceutical firms Merck and Pfizer over the purchase of both firms' COVID-19 treatment pills. Belgium said it wants 10,000 full treatments of both pills.

· Three new positive cases have been announced in the Swiss ski team camp, only a month ahead of the Beijing 2022 Winter Olympics. Camille Rast, Melanie Meillard and Aline Danioth tested positive in Zagreb ahead of tomorrow's Slalom World Cup race. It puts their participation in Beijing in doubt due to strict COVID-19 rules in place in China. 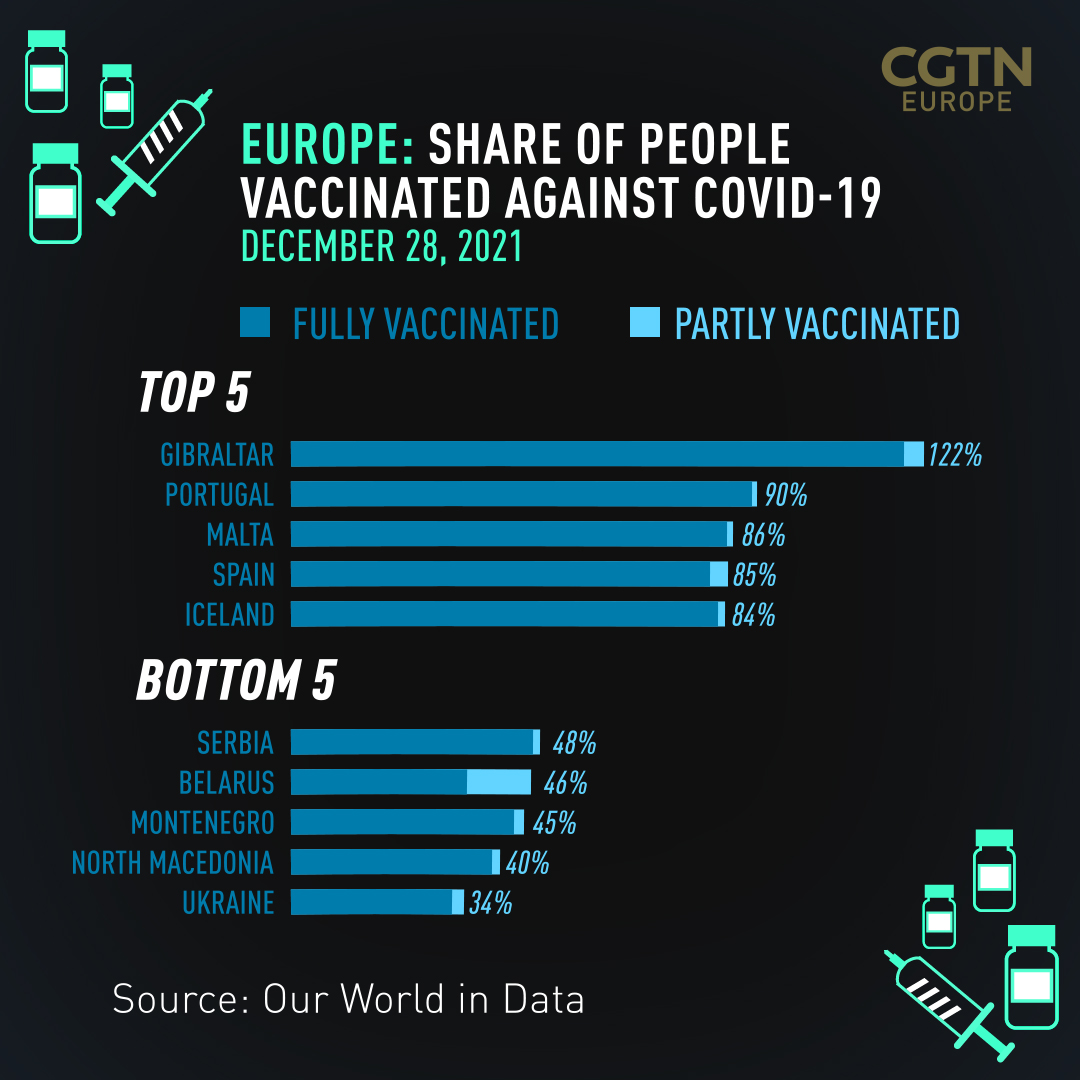 Research and graphics by James Sandifer