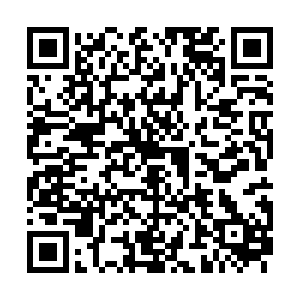 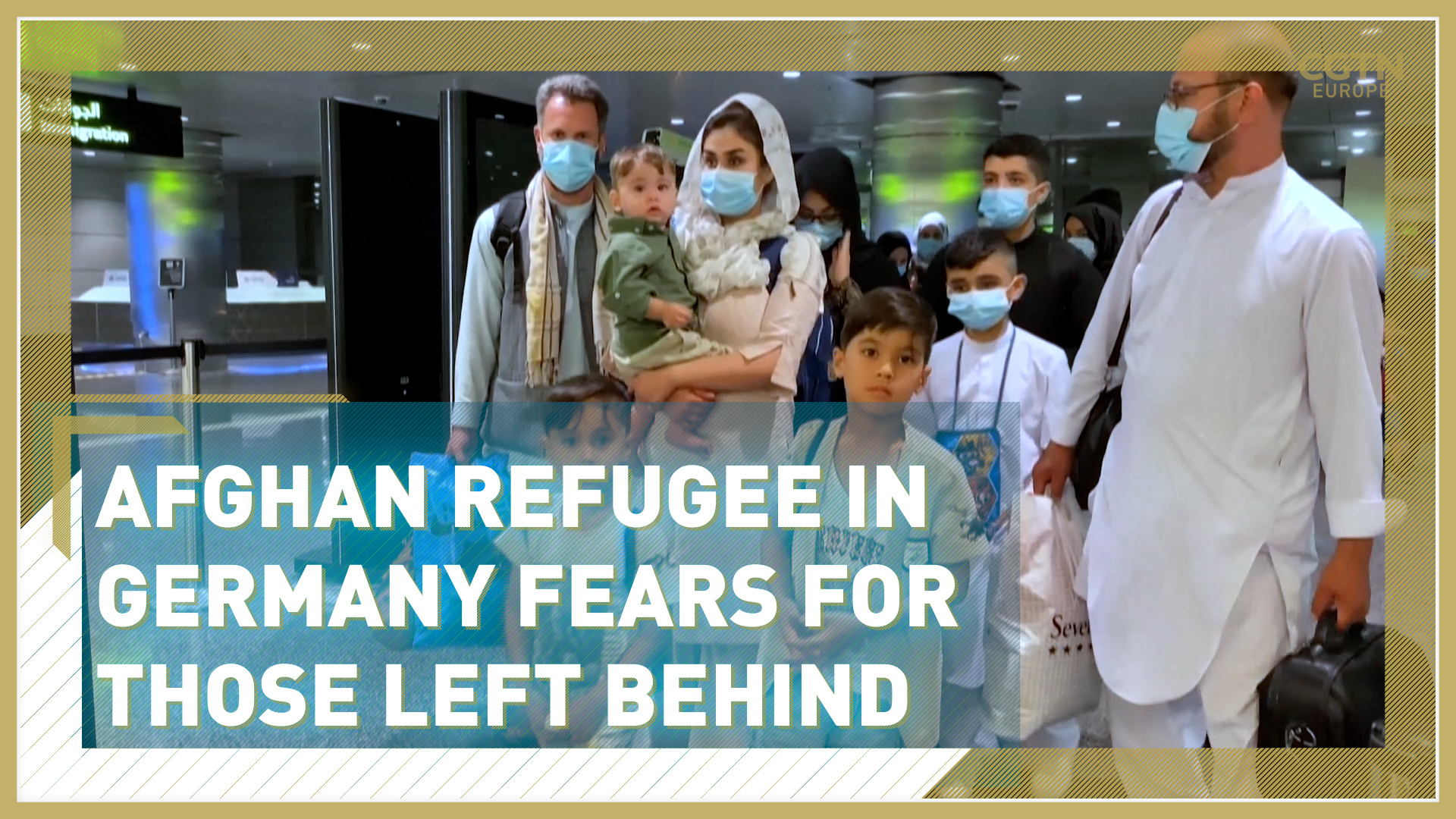 Afghans Fear for Their Lives

For 10 years, Mustafa (not his real name) worked with the German army, the second largest military presence in Afghanistan after the U.S.. He was a translator and guard for them in the northern Afghan city of Mazar i Sharif.

"I had some good times when I worked with the foreigners. I had a good salary," Mustafa tells CGTN.

But on August 14, the Taliban declared it now controlled the city and its forces were heading towards the capital Kabul. He knew his life was at risk.

"If the Taliban find out maybe from their workplace, neighbors or homes, that this person worked with foreigners," he says, "they just take him right in the middle of the road, shoot him in the head and kill him."

Germans help some to leave

The Germans knew this, too. Mustafa and his colleagues were told by their German superiors to prepare their IDs for possible evacuation.

"I got married," recalls Mustafa, "because I was already engaged. I got my national ID and my sister's. But the German authorities told me 'you can only take your wife with you.'"

But Mustafa did not leave immediately. He waited to see what could be done for his 17-year-old sister.

"Then the situation got really bad. My sister finally asked me to leave. She said in case the Taliban come here and find us, they will kill us both. You should go."

Mustafa then made the toughest decision of his life, he says, and left his sister alone in Afghanistan and flew to Germany with flight tickets and travel documents provided by the German authorities.

Mustafa and his wife arrived in Germany just a day before the Taliban took control of Kabul. Four months on and Mustafa and his wife are taking language classes and looking for their own independent apartment, for which Germany's Federal Office for Migration and Refugees will pay initially. 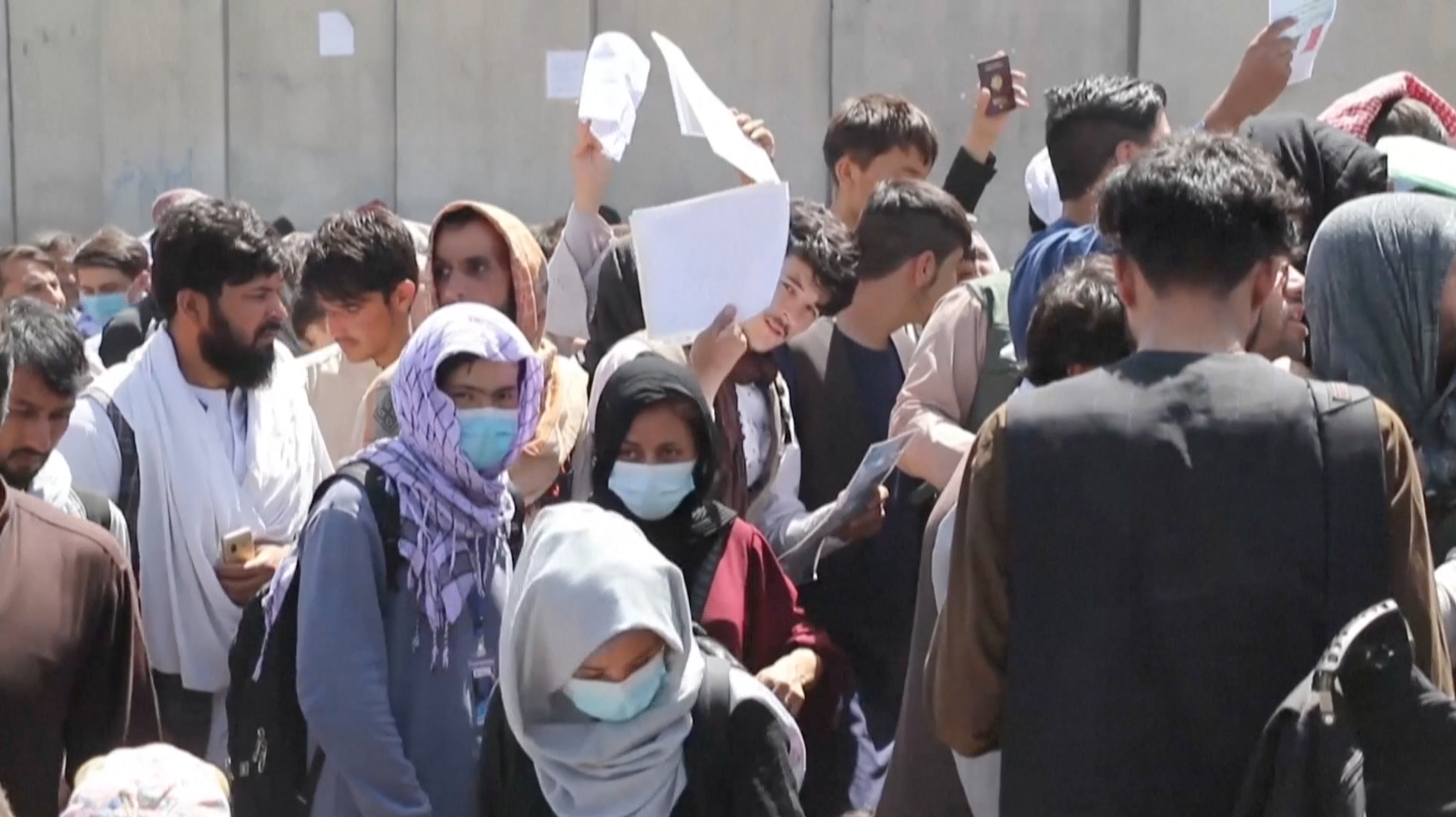 Some 25,000 staff and family members are earmarked for resettlement in Germany. /Reuters

Some 25,000 staff and family members are earmarked for resettlement in Germany. /Reuters

But Mustafa says many more Afghans whose lives are at risk have been left behind.

"I have a former colleague who stayed there because his wife was eight months pregnant," he recalls. "Now they are stuck because it's almost impossible to cross the border. I know another person who came here but his six-month-old baby was left behind. We worked with German soldiers and should be honored."

However, only a little more than 7,000 have arrived in the country. According to the German foreign office, another 345 people were evacuated from Kabul to Doha at the end of November and Annalena Baerbock, Germany's new foreign minister, says Berlin will continue to do everything it can to evacuate more people from Afghanistan.

But Mustafa still has no word on whether one of those will be his sister.

"I talk to her once in a while," Mustafa tells CGTN, "and she seems very worried. I promised her that I will bring her here before the new year. I'm trying my best but the law is not in my favor. There are many Afghans here who are not really happy because they have had to leave one of their family members behind."

Germany's family reunification program is one of the most comprehensive in the EU, but siblings are only considered in exceptional cases and German officials have yet to deem Mustafa's sister's case such.

While governments around the world decide whether to recognize the repressive Taliban authority, millions of dollars in critical donor money has been suspended, putting Afghanistan on the brink of a humanitarian crisis.

Munich may feel a world away from the life Mustafa left behind, but he is grateful he is here.

"I'm happy that I'm here," he smiles, "but my first priority will be to bring my people who are stuck there, here. After that, I will feel relaxed because I left nobody behind. If I have a stable life here, I can start helping my people back in Afghanistan in many ways."