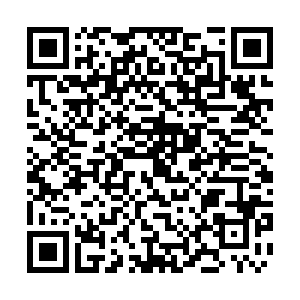 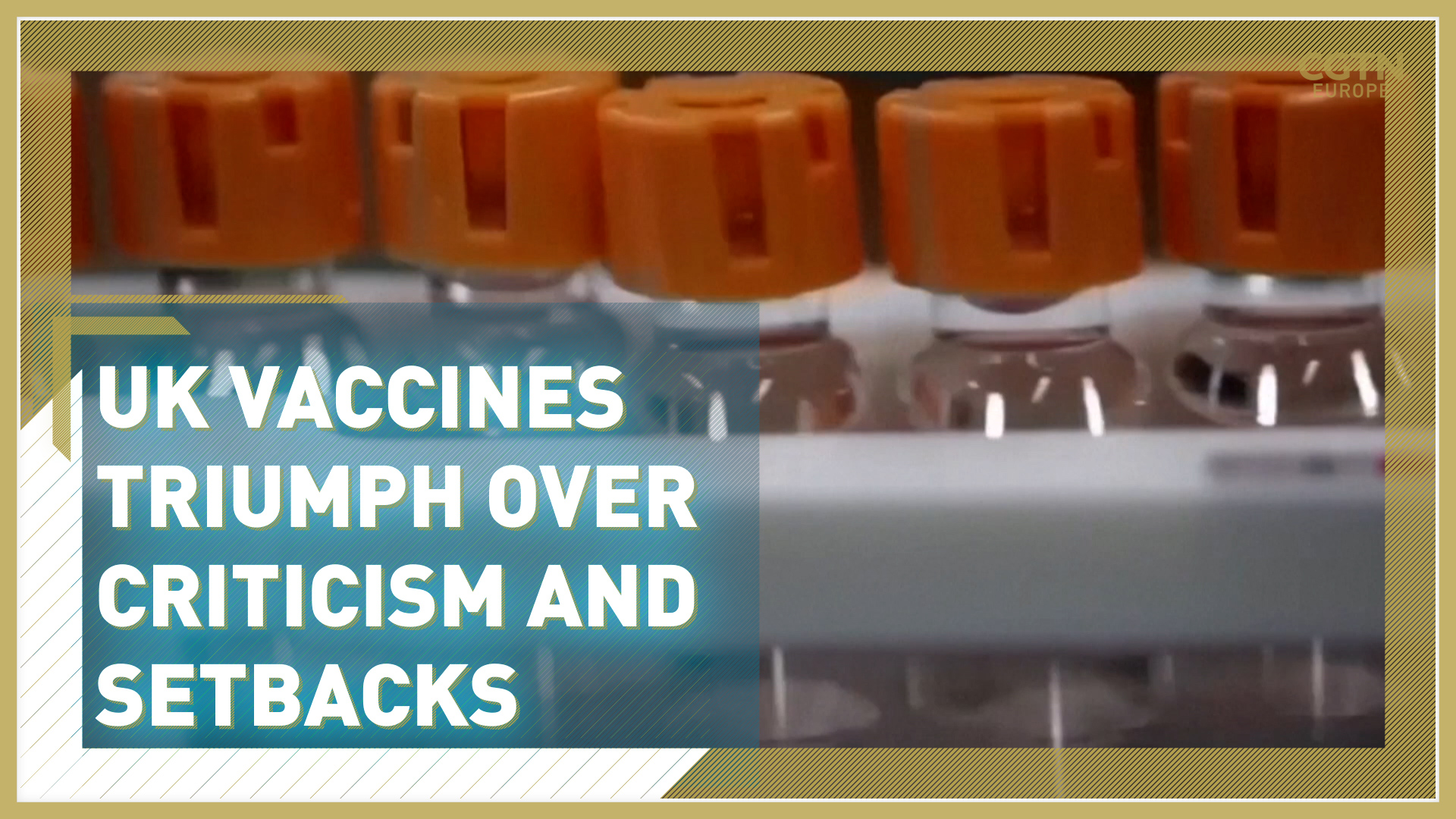 They were seen as the path out of the pandemic. But vaccines have not got us there yet.

Two shots are not going to be enough to keep at bay a virus that keeps even leading experts guessing nearly two years on. Latest research in the UK even suggests a third booster shot begins to wane after just ten weeks, meaning a fourth jab may need to be distributed in spring 2022.

A year that started with high hopes that rapid scientific breakthroughs might lead to a swift path back to normality ends on a rather more somber note, and an increasingly global acknowledgment that the UK, like most of the world, must learn to live with COVID-19 for the foreseeable future, rather than continue to try and stamp it out.

90-year-old Briton Margaret Keenan became a household name in England after becoming the first person in the world to receive a vaccine outside of a trial on December 8, 2020.

Millions across the country followed in Keenan's footsteps in the months ahead, queueing up mainly for the home-grown Oxford/AstraZeneca vaccine, which had been developed and rolled out at lightning speed. In those early days, the world watched on as the UK led the way in vaccinating its population, starting with the most vulnerable age groups and working its way towards eventually offering a jab to its entire adult population. 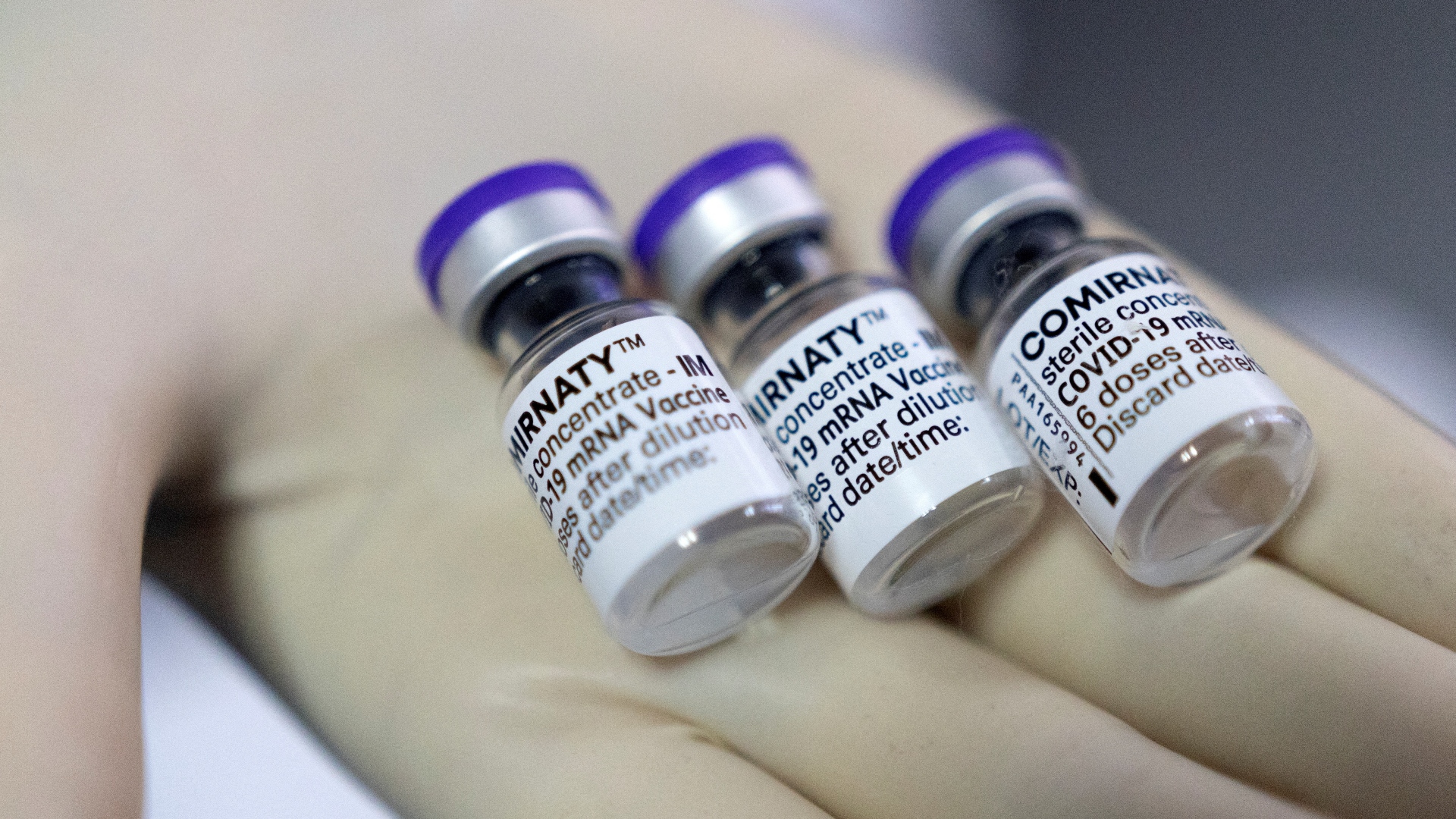 Pfizer offered the European Union 500 million doses in July 2020 – but Brussels turned the proposal down for being too expensive./Dado Ruvic/Reuters

Pfizer offered the European Union 500 million doses in July 2020 – but Brussels turned the proposal down for being too expensive./Dado Ruvic/Reuters

Over in the European Union (EU), the scale-up was much slower initially, and in the scramble to save lives and livelihoods, tempers at times became frayed in Brussels as its recently departed British member raced ahead with inoculations.

Both the UK and the EU signed contracts with AstraZeneca but a row broke out after the bloc was told its orders would not be fulfilled on time. The UK had agreed its deal with the pharmaceutical companies months before the EU and had ensured there was a guarantee their orders would be delivered first.

That did not go down well at the European Commission, particularly as many of the jabs were manufactured in the EU and then exported to the UK.

"It is hard to explain to our citizens why vaccines produced in the EU are going to countries that are also producing vaccines but hardly nothing is coming back to the EU," said an exasperated European Commission President Ursula Von Der Leyen on March 17 this year.

"If the situation does not change, we will have to reflect on how to make vaccine exports dependent on their level of openness."

Brussels triggered an emergency article in the Brexit deal to impose export controls on vaccines sent to Northern Ireland only to perform a u-turn a few hours later following outrage from London, Dublin and Belfast.

Export controls did not materialize as the bloc's centralized system for distributing vaccines to its 27 member states began to kick start into life. 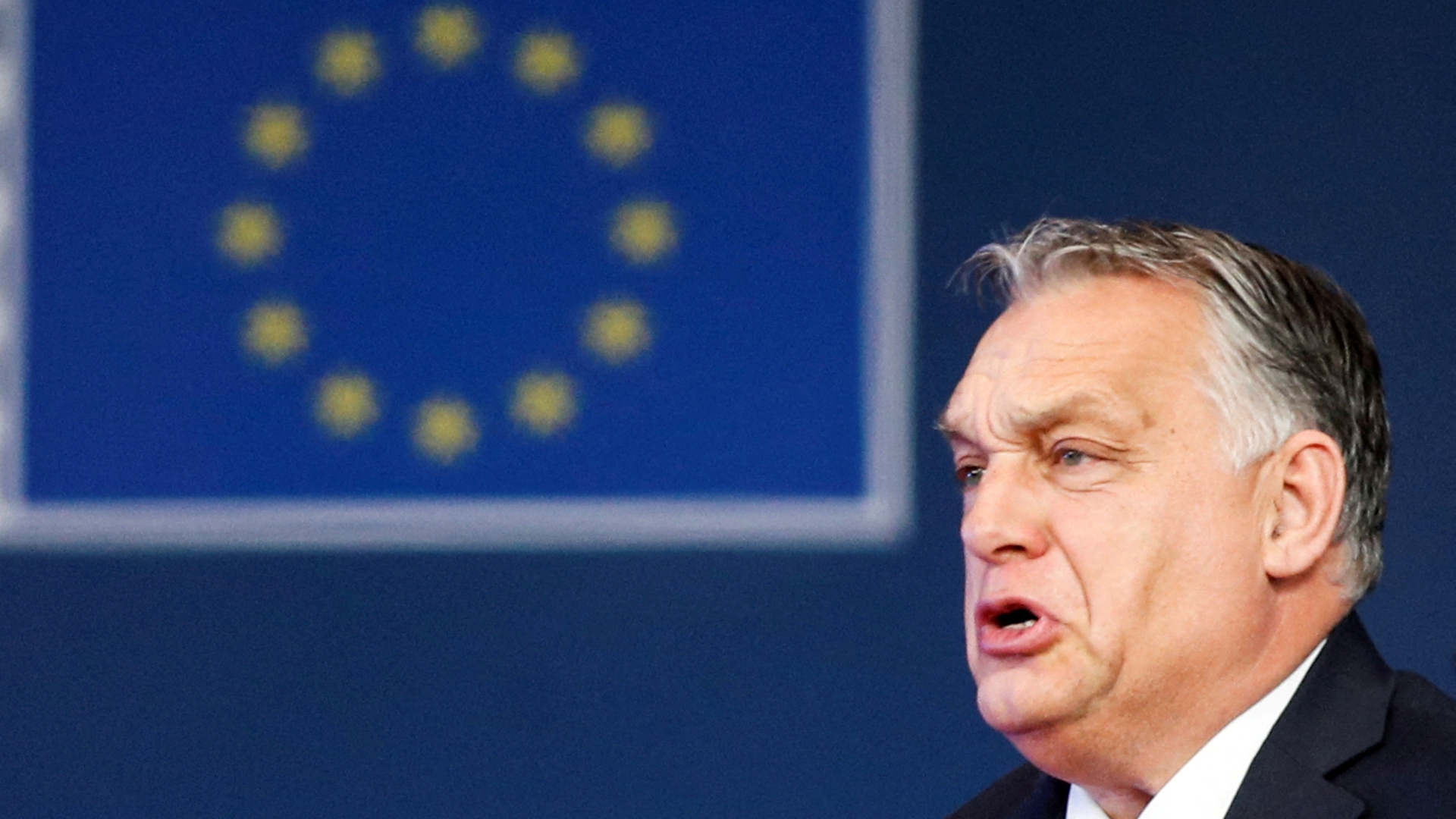 Hungary opted back into the EU's vaccine purchase agreement after Prime Minister Viktor Orban initially withdraw after a row over the delayed rollout scheme./Johanna Geron/Reuters

Hungary opted back into the EU's vaccine purchase agreement after Prime Minister Viktor Orban initially withdraw after a row over the delayed rollout scheme./Johanna Geron/Reuters

Some, like Hungary, were not prepared to wait. Prime Minister Viktor Orban decided to break with Brussels and order jabs from China and Russia, which had yet to receive regulatory approval for use in the EU.

Given broader geopolitical tensions, such a move drove a further internecine wedge between the bloc's east and west.

Some of those more willing to play by EU rules, despite the initial vaccine shortfalls, then put a pause on the most readily available inoculation, over emerging evidence that the Oxford jab caused blood clots in a tiny proportion of recipients.

"There is a one in 90,000 chance for 25-year-olds to get this vaccine induced side-effect," said Abhishek Singharoy from the Arizona State University, whose recent research into adenovirus vaccines, of which the Oxford jab is one, identified a possible cause of the clots.

And for 55-year-olds the risk of clots is one in 4.5 million. That, Singharoy points out, makes it more likely someone would die in a road accident (one in 26,000) or from coronavirus (one on 46,000), than from the side-effects of the vaccines that protect patients.

Still those facts - and perhaps those regulatory wobbles -- gave the anti-vaxx movement something else to shout about. Indeed hesitancy, particularly inside the EU, has become a major challenge.

"There is a bit of a gradient from west to east with decreasing vaccination coverage," admits Piotr Kramarz, Deputy Chief Scientist at the European Centre for Disease Prevention and Control.

"There are usually several factors playing a role: concerns over safety or effectiveness, part of it may be complacency where people may not feel like COVID poses a threat to their health. And sometimes maybe access, maybe people find it difficult to access vaccine sites."

So Europe's primary issue morphed from the availability of vaccines to persuading people to go out and get them. Current death rates followed a similar east-to-west pattern, as first Delta and Omicron variants swept across the region.

Hungary, for example, is currently seeing amongst the highest death rates in the world. And with vaccine immunity waning, booster programs may continue to be vital. Recent research in the UK suggests even the efficacy of a third shot may start to wane after ten weeks.

"If we have to make a guess based on everything I have seen so far, I would say that it is likely we will need annual revaccination to maintain a very robust and very, very high level of protection," Albert Bourla, the Chief Executive of Pfizer told the BBC in late November.

The Pfizer/BioNTech RNA vaccine, alongside Moderna's, have both become vital breakthrough technologies for helping battle the pandemic through this year.

Despite those early wins and the hope that came with them, learning to live with COVID-19 is a journey Europe still seems some way from completing.

Vaccines have had a huge impact but nearly two years into this pandemic, the streets were subdued in the days before Christmas, even in those countries, like the UK, that had rolled them out extremely quickly.

Those jabs remain the principal means by which life might return to normal. But it's all taking much, much longer than most of us anticipated.