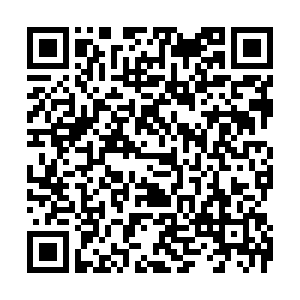 The UK's new Brexit negotiator Liz Truss says the UK will stand its ground against the European Union and has threatened to rip up part of the trade deal her country signed just 12 months ago.

She spoke virtually with her European Commission counterpart Maros Sefcovic, to find "a comprehensive solution" to the ongoing dispute over the Northern Ireland Protocol, which the British government now believes damages the integrity of the UK.

No further talks had initially been scheduled before Christmas, but Tuesday's video call comes after months of tensions between the two sides and amid warnings from the UK that it would trigger Article 16 of the Protocol to override it.

The Protocol is designed to prevent a hard border between Northern Ireland and the Republic of Ireland, thereby preserving the Good Friday Peace Agreement. It does this by leaving Northern Ireland in the EU's single market for goods, meaning customs checks are imposed between Great Britain and Northern Ireland, which are both part of the UK. 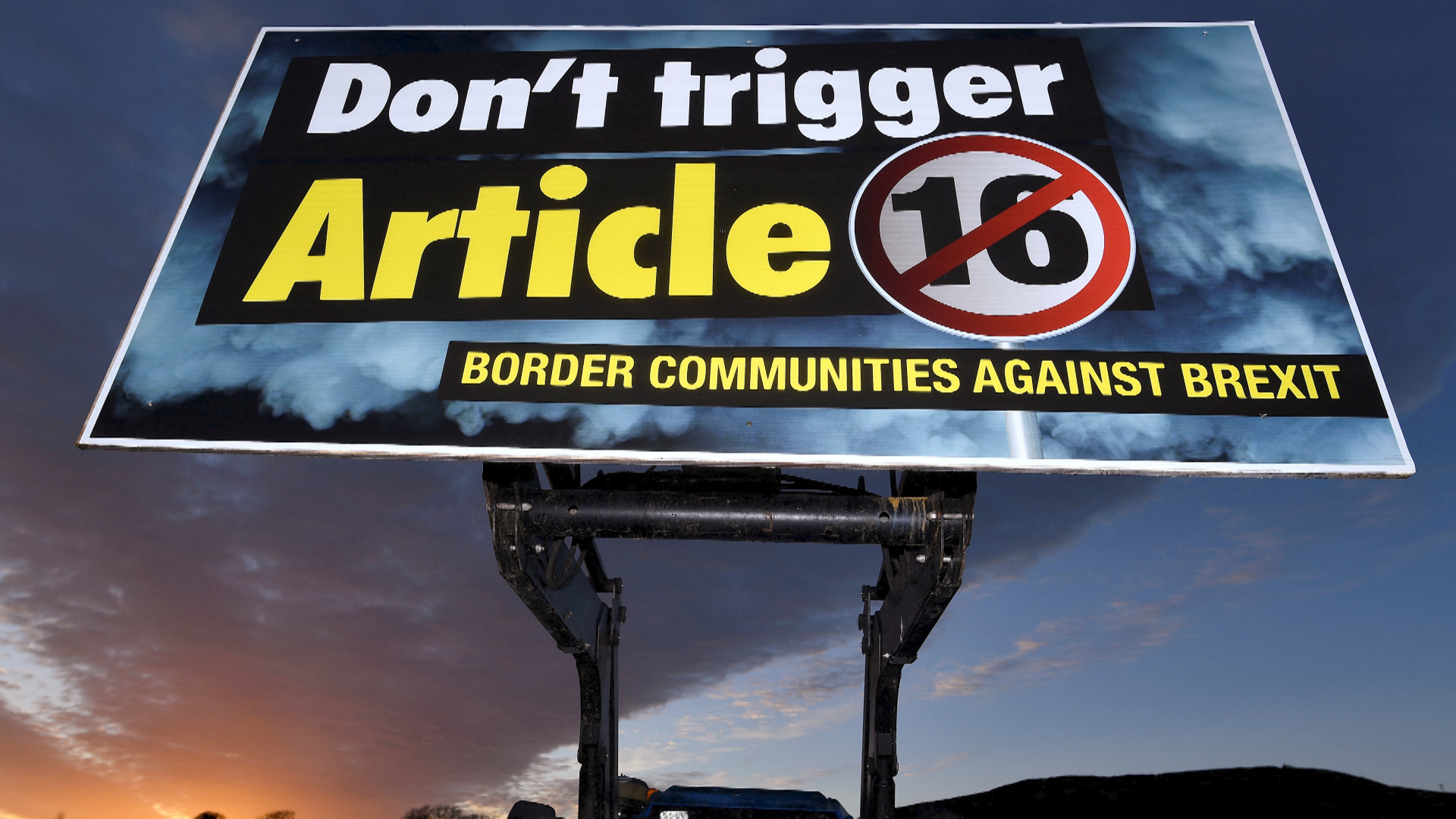 A billboard on the island of Ireland warning against triggering Article 16 of the Protocol. /Reuters

A billboard on the island of Ireland warning against triggering Article 16 of the Protocol. /Reuters

Article 16 can be activated in the event of "serious economic, societal or environmental difficulties" or "trade diversion." The UK argues that as a result of the customs checks, it is increasingly difficult to move goods, or even medicines, within the country. The value of the Republic of Ireland's exports to Northern Ireland in 2021 is also up by 40 percent compared with the year before.

The EU wants to ensure the integrity of its single market is not undermined and is interested in "stability and predictability." But in October, the bloc did publish proposals to reduce by half checks between Great Britain and Northern Ireland. 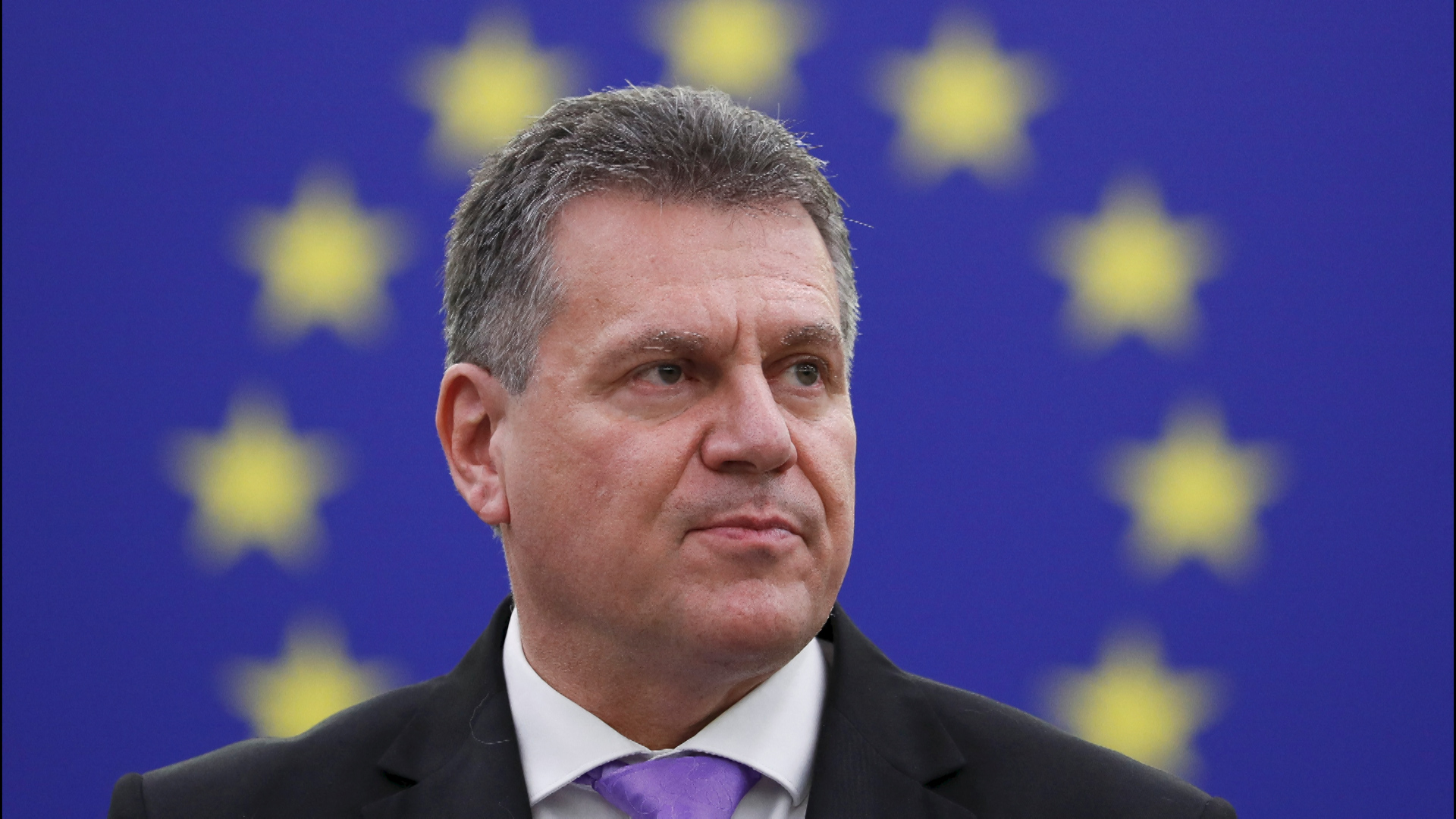 The European Commission's Maros Sefcovic has been locked in talks with the UK over the Northern Ireland Protocol. /Reuters

The European Commission's Maros Sefcovic has been locked in talks with the UK over the Northern Ireland Protocol. /Reuters

Negotiations have since continued, yet Truss insists "the UK position has not changed." In a statement, she added: "We need goods to flow freely between Great Britain and Northern Ireland."

She has agreed to "pick up the pace on talks in the new year." However if this does not happen, she is "prepared to trigger Article 16 safeguards to deal with the very real problems faced in Northern Ireland."

Truss is the seventh person to take the role of chief Brexit negotiator since the UK voted to leave the EU. Her appointment follows the resignation of her predecessor David Frost over the weekend, prompted by disagreements over the government's direction on Brexit and COVID-19. She will continue in her other roles of Foreign Secretary and Minister for Women and Equalities.

A former campaigner for remaining in the bloc, Truss burnished her Brexit credentials by signing a series of free trade agreements as international trade secretary, a position she held until September. She now ranks top of the ConservativeHome website's survey of the Conservative Party members' most popular MPs.

But her additional job title comes with extra pressure from fellow Conservative lawmakers to maintain a firm approach. Her task will be to meet their tough demands, while also appeasing an appetite from many voters to move on from Brexit.