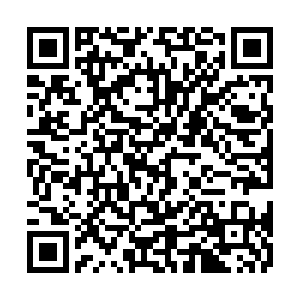 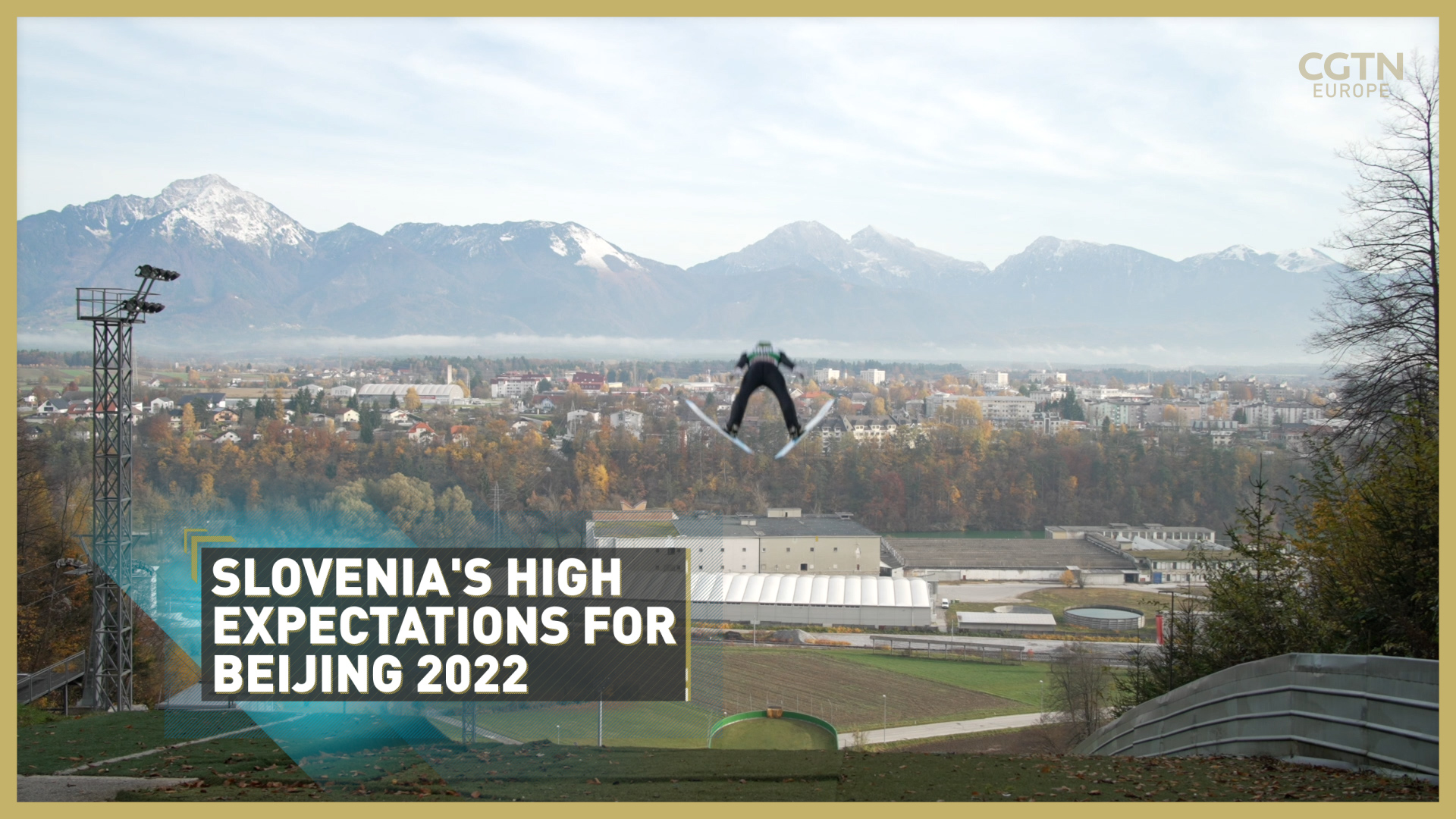 With only about two months to go until the start of the Beijing Winter Olympics, the Slovenian Olympic team is sharpening its skills. Slovenia is aiming high as an Alpine country with a long skiing tradition.

CGTN visited their ski-jumping squad at the training in the Slovenian town of Kranj. There is no snow there yet, so they jump from the artificially iced ski jump and land on watered plastic grass.

Their bravery and skill are amazing and their determination to demonstrate that in Beijing puts them among the top contenders for Olympic medals.

The nation's expectations are high, as Uroš Zupan, Director of the Ski Association of Slovenia, explains "Of course, we expect medals... they will produce the best races, the best shooting, they will for sure be in the top three, and we could say that we are competitive in all disciplines." 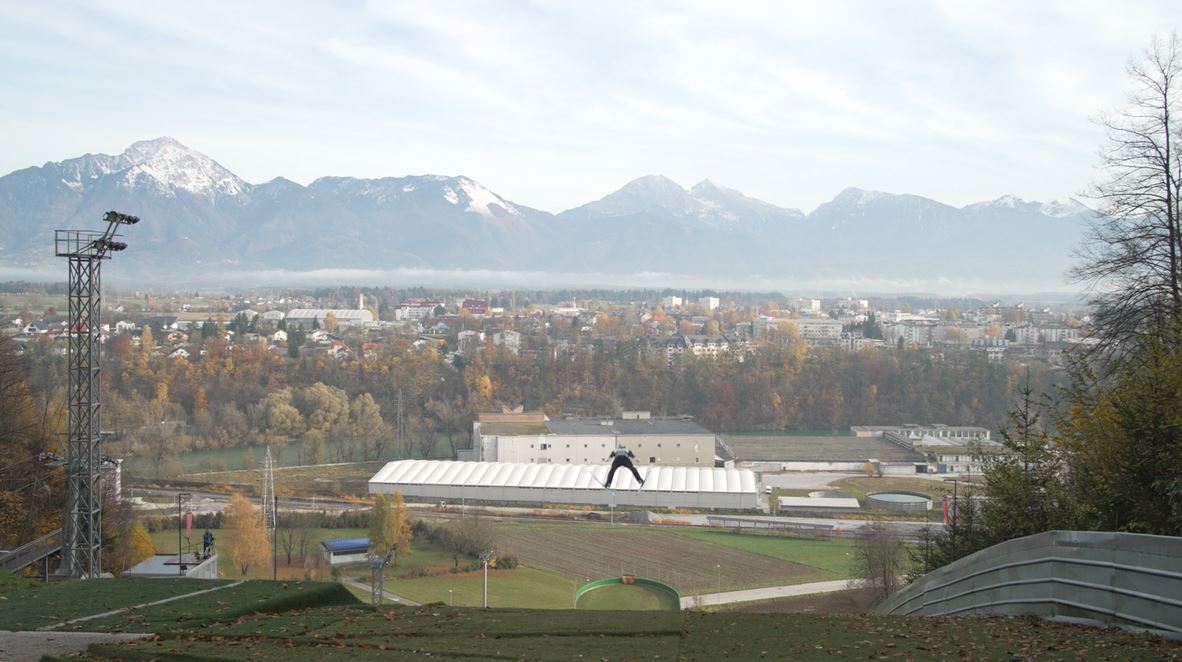 This is the first time the skiers have competed in China. They will be taking off from ski jumps built especially for the competition. /CGTN Europe

This is the first time the skiers have competed in China. They will be taking off from ski jumps built especially for the competition. /CGTN Europe

Regardless of all the preparations, there is a fear of the unknown among the contestants, as none of them have ever competed in Asia before. They will be taking off from ski jumps built especially for the competition.

"Everyone is going there fresh with no experience, and that's kinda magic for everyone," One of Slovenia's best ski jumpers, Peter Prevc, explained. "No one has the advantage of knowing the territory or knowing the conditions. So, it will be a lot of how fast you can adapt to something new."

Just days after the interview, we learned that Peter had dropped out of the Olympics at the last minute, having just become a father. But the rest of the team remains focused.

"I think everybody is eager to go to China, eager to try the weather conditions, the snow conditions, the atmosphere." Robert Hrgota, Head coach of the Slovenia Ski Jumping Team, told CGTN. "I think only the positive things would come from this and I believe that these Olympic Games will be one to remember."

All the Slovenian team members, coaches, and assistants share these expectations. They say they'll be ready when the Olympic flame ignites over the sports venues in Beijing. 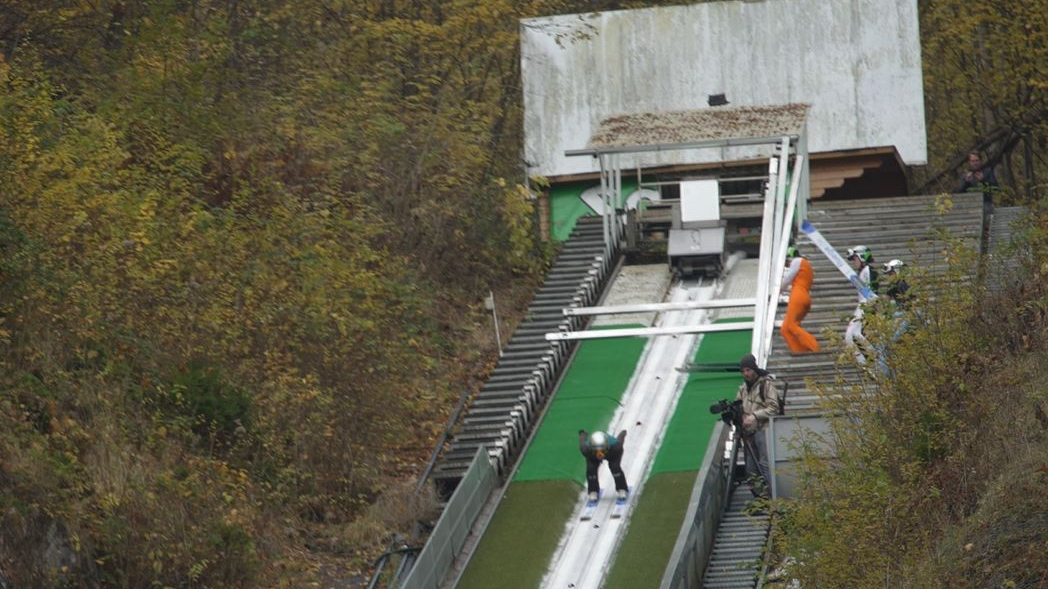 Everybody is looking forward to the weather conditions, the snow and the atmosphere in China. /CGTN Europe.

Everybody is looking forward to the weather conditions, the snow and the atmosphere in China. /CGTN Europe.