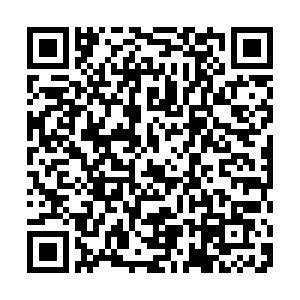 France is going to try to push for reform of the European Union's Schengen border policy during its upcoming presidency of the bloc.

The French president made the announcement as he set out his aims for France's stint in the presidency of the European Union.

The border-free Schengen Area guarantees free movement to more than 400 million EU citizens, along with non-EU nationals living in the EU or visiting the EU as tourists.

Emmanuel Macron said that he would propose an official political mechanism to manage the border-free zone, in much the same way as the Eurogroup organization oversees the single currency used by 19 of the EU countries.

Macron said that Europe must move from being inward-looking to taking a "more powerful" place in the world as a region that is "fully sovereign, free and in charge of its own destiny".

He said that during France's presidency there would be many major challenges to face, including the COVID-19 pandemic, the climate emergency, the migrant crisis, the digital transition, and "attempts to destabilize our democracy".

Why could France's EU presidency be controversial at home?
France's time in the presidency will coincide with the country's domestic presidential election in April 2022 and then legislative elections in June.

French opposition figures have argued that France should have requested to bring forward or delay its six-month EU leadership to avoid a clash with the presidential vote.

Emmanuel Macron says that the rotations are agreed many years in advance and any request to change the dates from one country would have knock-on effects on other member states.

The Republicans argue that Emmanuel Macron could use the position to campaign directly on foreign policy issues with his counterpart European prime ministers and presidents.

And if President Macron, who has not yet officially declared his candidacy for re-election, does not win the 2022 election, the French opposition says the country's EU presidency will be a 'lame duck' period in office undermined by the change of president in the Elysee Palace.

France is not scheduled to hold the EU presidency again until 2034.

The last time France held the position was in 2008 during Nicolas Sarkozy's term in office.

What exactly is the European Union presidency?
It is the top seat at the table in the EU.

Every six months, a different EU member state takes on the role.

One of the main tasks for the country holding the presidency is finding compromises between the 27 member states.

On January 1 2022, France will formally take over from Slovenia and will then hand over to the Czech Republic on 30 June next year.

During the six-month period in charge, the country holding the EU presidency chairs meetings at every level in the European Council.

The European Council is made up predominantly of the heads of state or government of the 27 EU member states.