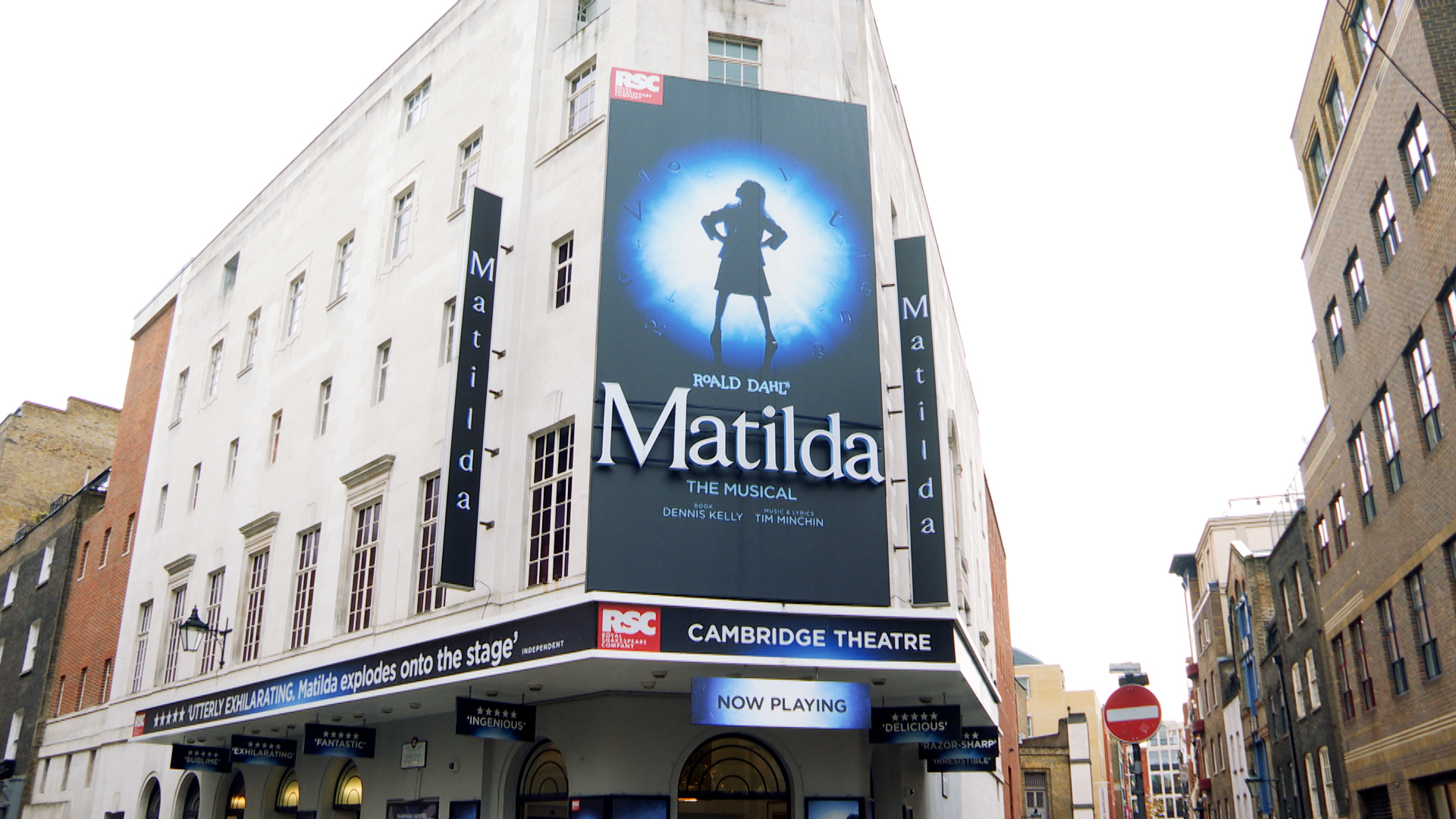 The UK's theater industry is hoping new self-imposed restrictions designed to curb the spread of COVID-19 do not lead to another major drop in business during the key Christmas period.

Earlier this week, face masks were made mandatory in shops and on public transport in England for the first time since July but not in theaters.

The measures – which were overwhelmingly backed by lawmakers – were a response to the new Omicron variant, with 42 cases recorded in the UK. Officials expect that figure to rise in the coming weeks. Although face coverings are not required in hospitality venues such as theaters, many businesses are taking matters into their own hands.

A new scheme called "See it Safely" has been developed by the Society of London Theatre and UK Theatre groups. It includes regular testing for staff and performers as well as asking audiences to wear face coverings and use contactless payments.

The Royal Shakespeare Company was the first to impose safety measures, announcing on Monday that face coverings are now required at its venue in Stratford-upon-Avon, except for those under 12 years old or those who are medically exempt.

"Our industry is one of the industries throughout the pandemic that's been hit the hardest," said James Lane, producer at Crossroads Live, the world's biggest pantomime production company and the name behind current global musical shows Cats and Chicago.

"We've had to go out and be proactive as to how we keep our theaters open and our audiences safe."

That extends across the sector, according to Lane, from venue owners to production firms, actors and thousands of support staff. Here in the UK, the run up to Christmas is traditionally one of the busiest times of the year for those on stage. Pantomime shows are a national tradition – a mix of folklore tales around the story of the birth of Jesus, teamed with musical hits and a sprinkle of comedy.

They attract up to 3 million visitors each year and are the financial "lifeblood" for many smaller venues around the country, according to Lane.

"This four- to six-week period is vitally important to many regional theaters, they can often make more money in ticket sales now than throughout the summer," he explained.

The cold winter months and long nights (including sunsets before 4 p.m.) have also traditionally boosted the industry at this time of the year, when outdoor socializing is more difficult.

The UK government has set up a Culture Recovery Fund worth more than $2 billion to help arts and culture venues weather the pandemic. However, many workers in the sector, especially those who rely on freelance work, have been disappointed with the lack of direct assistance.

So far, bookings for pantomime shows at Crossroads Live are holding up well this month. But Lane, like thousands of others in the industry, knows any further coronavirus restrictions could quickly dent consumer confidence and that could mean the final curtain call for many UK theaters.