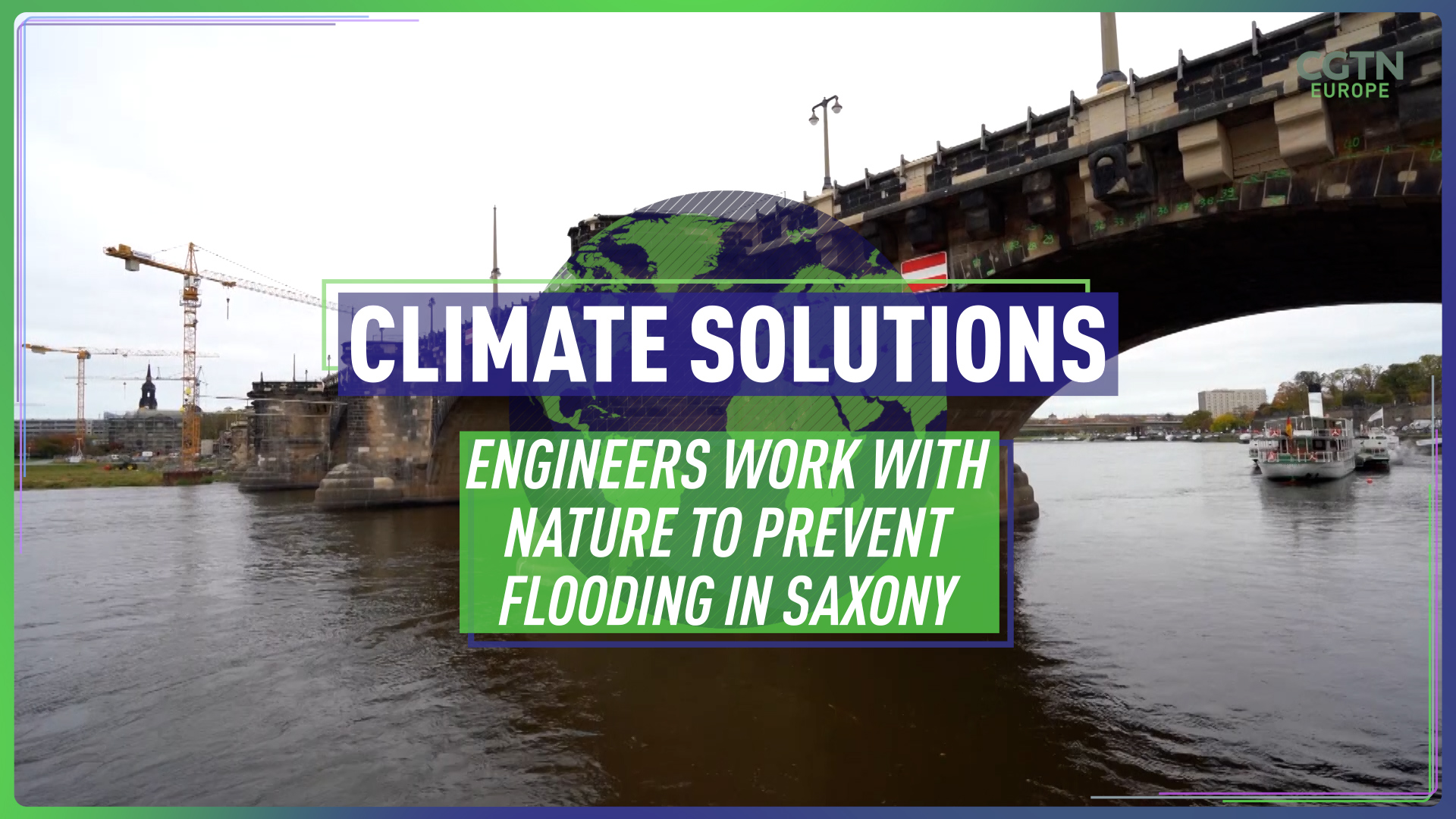 In 2002, when heavy rains led the Elbe river to reach historic heights of nearly 9.5 meters in the eastern German city of Dresden, it was called the flood of the century.

The waters flooded communities all along the Elbe, causing approximately $6.8bn in damages in the state of Saxony alone and forced tens of thousands of people to evacuate.

"On August 17, 2002, the Elbe rose to levels that had not been experienced until then," recalls Frank Frenzel, an employee at Dresden's Environmental Protection Department.

"In Dresden, there were four deaths and damages amounting to billions."

Following this, the state of Saxony invested $1.5bn in flood protection measures, developing close to 50 different concepts with more than 1,000 individual projects, including the expansion of flood plains along the Elbe River and reinforcing levees. Bridges were also remodeled and reservoirs were built. More than 200 projects were implemented in the state capital Dresden. 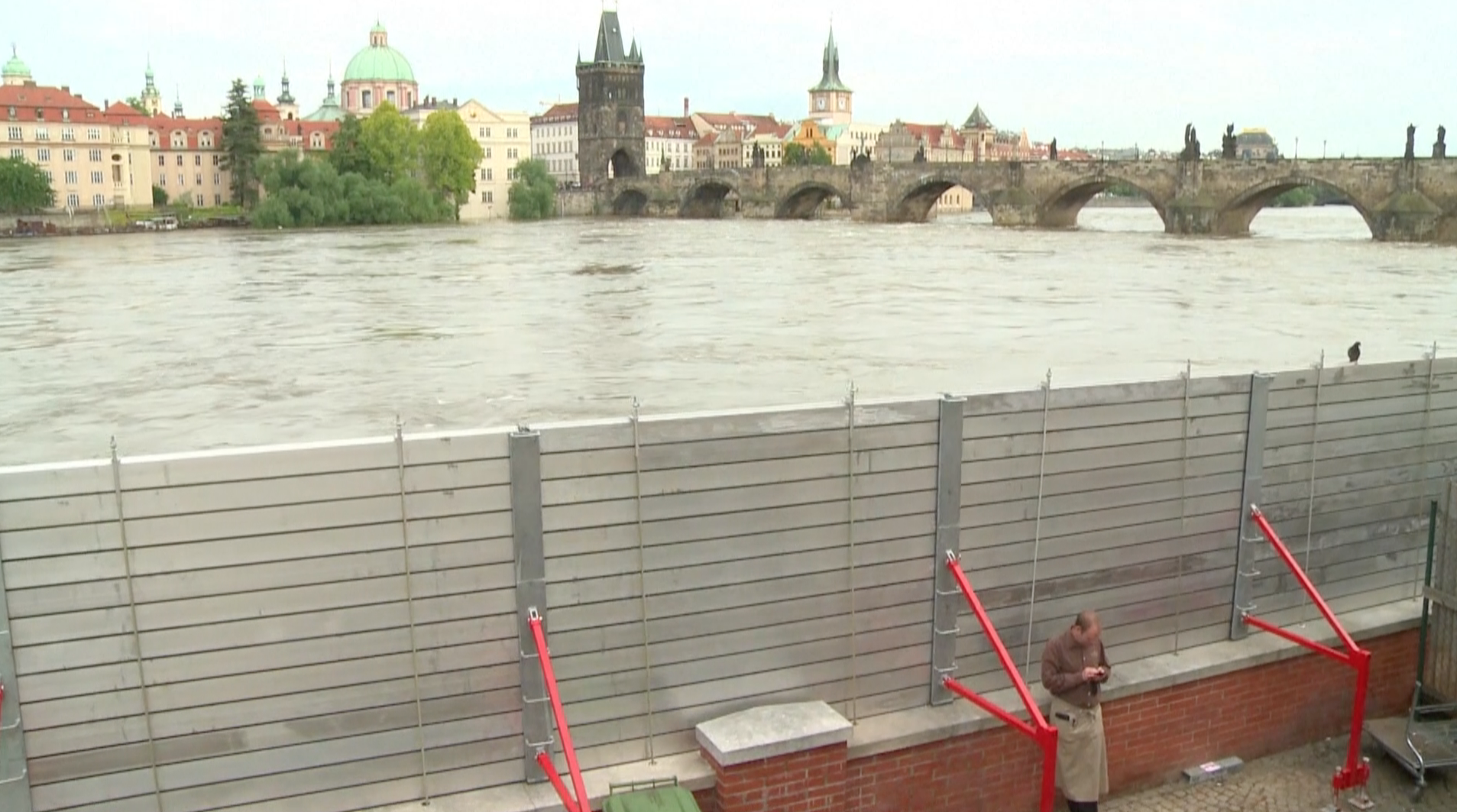 Flood protection projects were completed in 2011, in time for another flooding event in 2013. This time the city was prepared and saved millions in damages. /CGTN

Flood protection projects were completed in 2011, in time for another flooding event in 2013. This time the city was prepared and saved millions in damages. /CGTN

Around $16m was spent on the building of a 3.5km protection wall along the Elbe and mobile barriers around the city.

"For this protective line, we used existing structures, e.g. the former fortress of Dresden, the Bruhl's Terrace," Frenzel explains to CGTN. "We have built a marble top clad with sandstone and are also able to use mobile elements." These additions heighten the wall close to the city's historical area to keep the Elbe out in the event of high waters.

Mobile walls have also been installed that can be brought up to further protect the city.

"The widest crossing that we have here in the city center is 23 meters and is closed with a flood protection gate," says Frenzel. "The gate is extended and closes the entire width of the street. The protective line for the old town has about six or seven such crossings, which are closed in the event of a flood."

Yet with more than 400 waterways surrounding the city, it takes more than these large-scale projects.

"If we protect the city from the Elbe, then all water that flows into it can no longer do that," says Jens Seifert, the head of Dresden's Environmental Protection Department. "In 2002, we realized that these small rivers can come from behind with a huge amount of water and flood the city."

This is why projects such as the retention areas and sponge parks were created around the city. Seifert showed CGTN such a project in Dresden's Hugo Buckner park, which sits on the Kaitzbach river.

"We have here a green park, that was lowered so that we have created around 20,000 cubic square meters, which in such a flood situation can be held back in the middle of the city," he says.

Walking around this sunken green space Seifert explains what is possible.

"We made sure that a small football field was created as well with it. We have also made sure that the Kaitzbach has also been given some space so that it can move more naturally in the middle of the city." 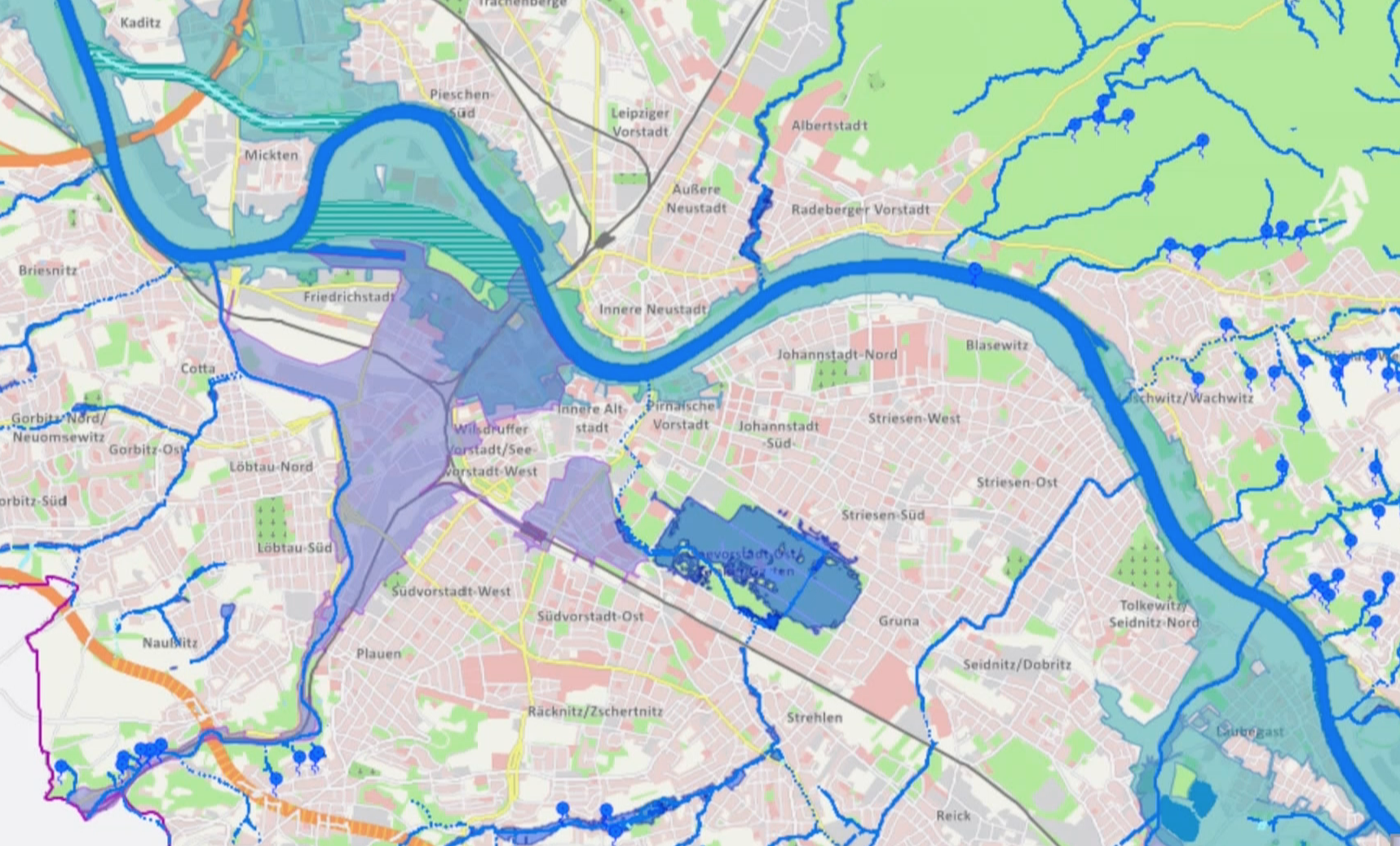 With such vulnerability, well over 200 anti-flood projects have been established around Dresden. /CGTN

With such vulnerability, well over 200 anti-flood projects have been established around Dresden. /CGTN

Most of the city's flood prevention projects were completed in 2011, just in time for the next flooding event in 2013 – but this time, these defenses helped to save millions from potential damages including to historic buildings, such as the city's cathedral and opera house.

Yet, more can still be done, says Seifert, "especially in times of climate change, where the behavior of waters is also changing, it is very important not to rest on what has been created so far, but to think about whether we can still do something. We have to adapt to do justice to these changing conditions."

Following one of Germany's most devastating floods, this past summer, which killed 184 people, federal and regional governments have allocated $35bn to reconstruction and further flood prevention measures in the country's most vulnerable areas.