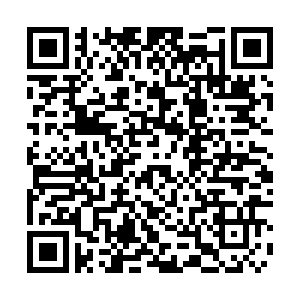 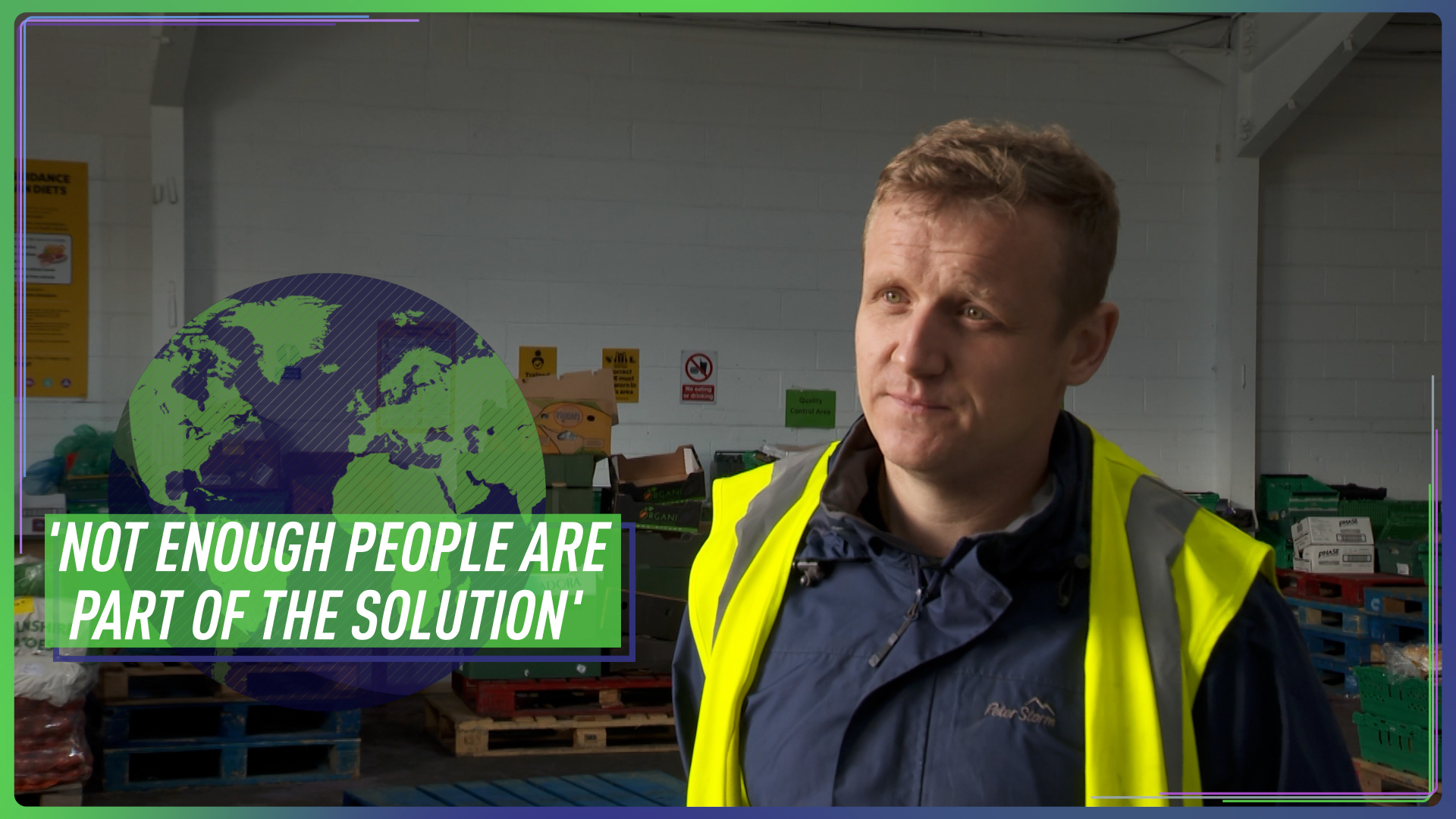 Adam Smith was standing in the middle of the Australian desert, 15,000 kilometers away from home, when he decided he was going to do something about the problem of food waste.

While working at a pig farm, he had noticed how the pigs were getting fed food that was perfectly fine for people  to eat, but which ended up there because for the neighboring farms it was unprofitable surplus.

"I kind of questioned why this perfectly edible food was being wasted, and the farmers explained to me the process of supermarkets canceling contracts on farmers," he recalls.

"And then I just said it - I said, I'm going to create The Real Junk Food Project, and it's going to feed the world." 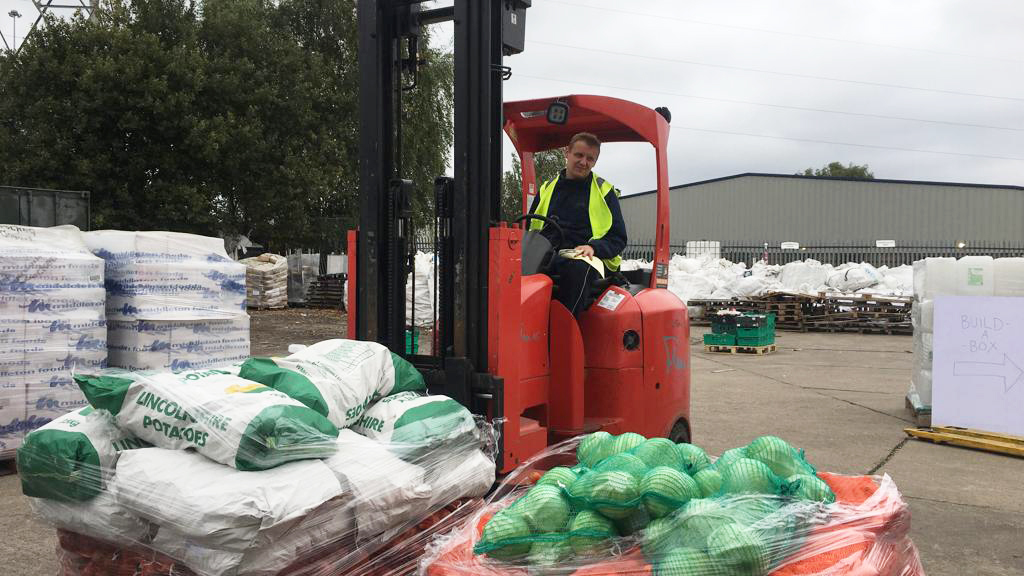 Adam Smith made a bid to end food poverty, while also trying to highlight the scale of food waste and its environmental impact. /CGTN

Adam Smith made a bid to end food poverty, while also trying to highlight the scale of food waste and its environmental impact. /CGTN

Eight years later, he's in a warehouse in the middle of an industrial area of Leeds, in northern England, single-handedly loading and unloading kilos and kilos of surplus food on a forklift, getting it ready to be sent to charities, food banks and wherever the food will be put to good use.

Adam is now the CEO of The Real Junk Food Project, the non-profit organization he founded in 2013. It was the first food-waste 'supermarket' in the UK, but it's so much more than that.

Through the organization, Adam collects surplus food from supermarkets and big chains and then resells it in food boxes, uses it for pay-as-you-feel catering in wedding banquets and funeral parties, sends it to charities or, when not fit for human consumption, sends it to pig farms or uses it as compost.

In the Kindness Warehouse in Leeds, there are mountains of food, fresh and packaged: bags and bags of flour, rice and pasta, bottles of spicy sauces, piles of cabbages, apples and bread, shiny boxes of  pretty pink cupcakes. If not for Adam, it would all be destined for the bin.

"We don't take donations of food, we intercept food that's going to waste, so that could be food that's had accidental damage, past 'Best-before,' or just surplus to requirements," Adam explains.

"We've got vehicles on the road at all times. We collect it from supermarkets, wholesalers, farms, hospitality, people's houses. We bring it here and then we weight it, record it, control it. And then if it's fit for human consumption, we'll get it out and will feed people's bellies as quickly as possible." 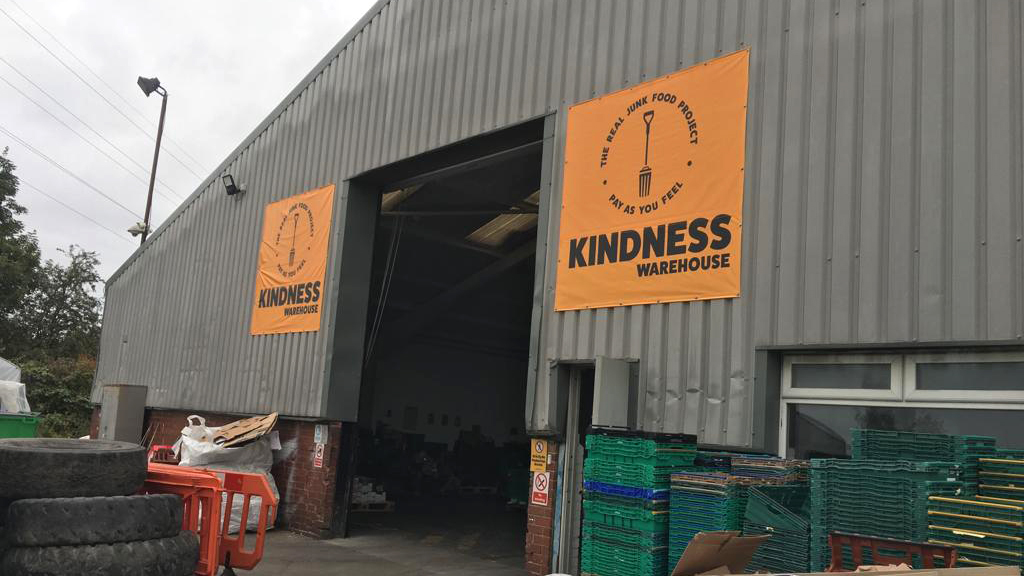 Since 2013, The Real Junk Food Project has saved 7,000 tons of food in seven countries. That's around 16.5-17 million meals saved from the bins in total. There are several cafes in the UK which, thanks to Adam, are now 'food waste cafes.'

Adam thinks that's a fantastic achievement - but not necessarily a mark of success.

"Success would be if we were no longer here," Adam says. "If I could close this warehouse and we could all work in a bank or a post office, I wouldn't have to do this.

"And I think far too many people in society would rather just carry on regardless until the end, really." 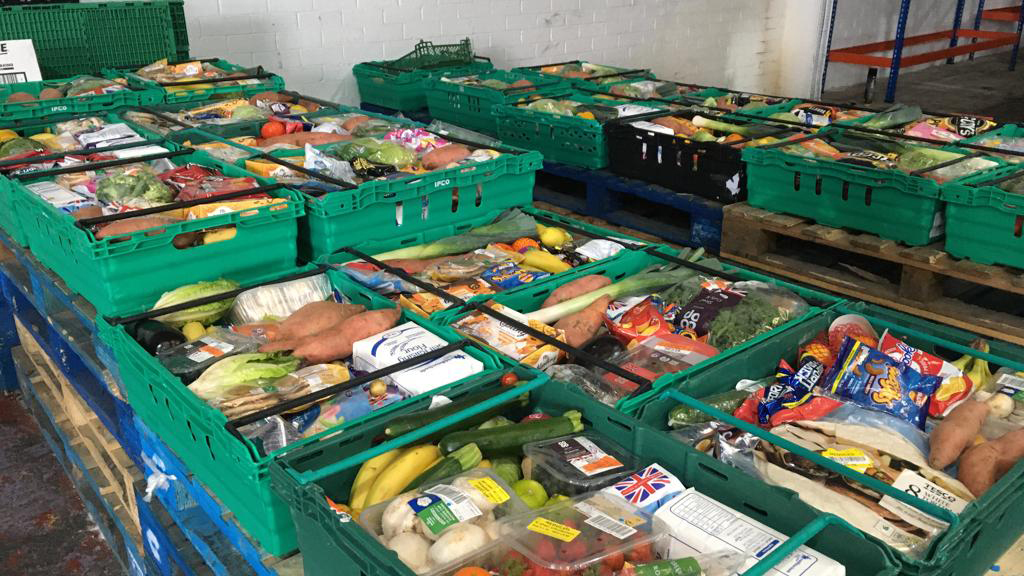 People can go visit the Kindness Warehouse in Leeds to purchase a box full of perfectly edible food that the supermarkets would have thrown away, at a bargain. /CGTN

People can go visit the Kindness Warehouse in Leeds to purchase a box full of perfectly edible food that the supermarkets would have thrown away, at a bargain. /CGTN

Adam has been to the UK Parliament several times to raise the issue of food waste with MPs.

"We spoke to politicians, I've been down to parliament, I've given evidence around the problem," he says.

"They don't care, really - the politicians. They shout about it when there's a camera in their face, but when it actually comes to it, there's not very much involvement in terms of what they do."

And Adam think that's true about most people. Many, since he has started The Real Junk Food Project, have taken the initiative to fight food waste in their own cafes, restaurants and homes, but Adam thinks the general tendency is to ignore the issue and carry on with business as usual.

"And unfortunately, I don't think there's enough people who are part of the solution."