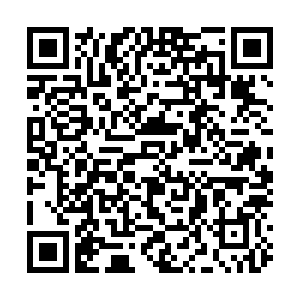 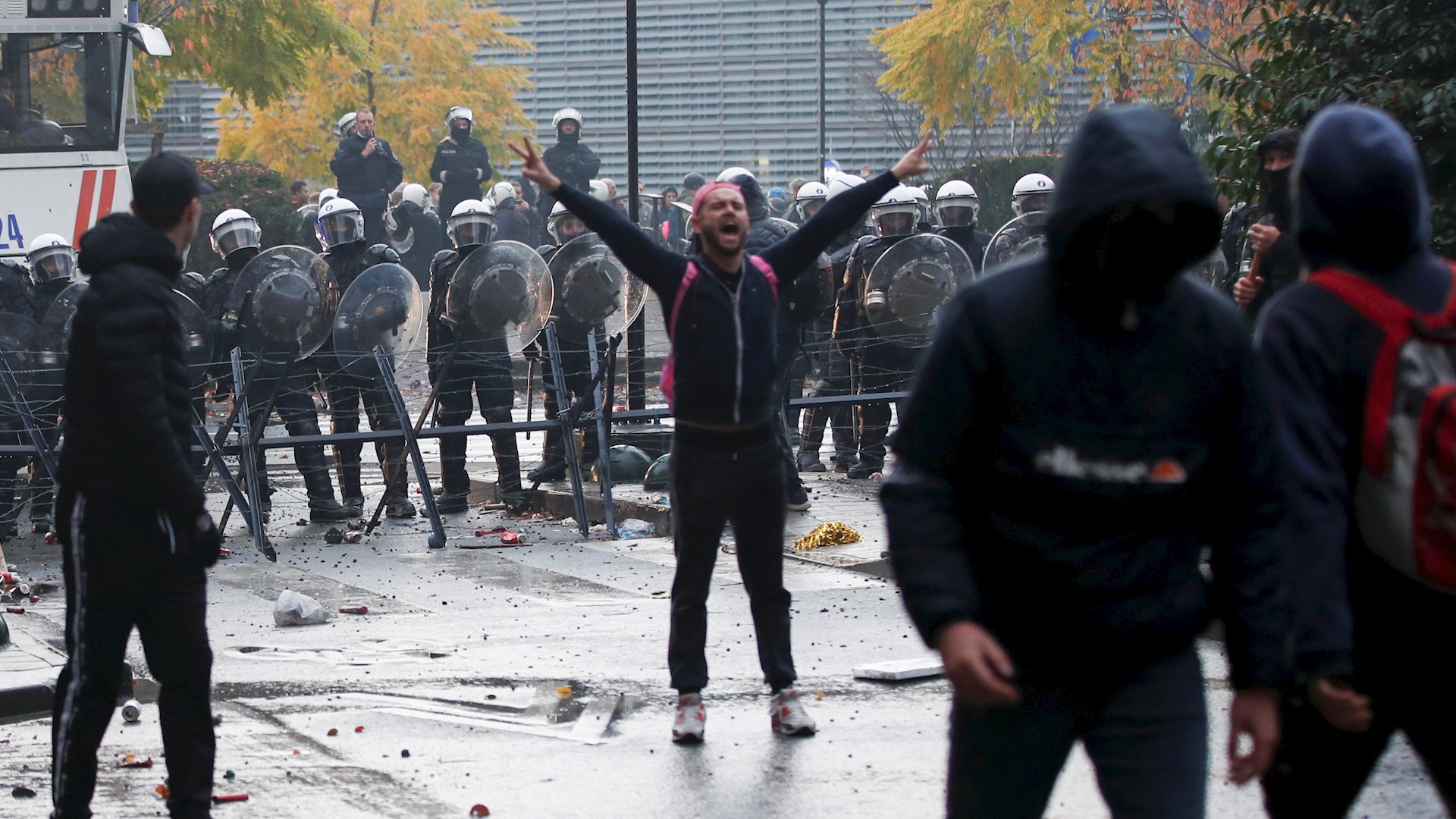 As Belgium's government tries to encourage citizens to stay home with new coronavirus restrictions, angry protestors came face-to-face with police in the heart of Brussels on Sunday.

Tens of thousands of people marched through the country's capital in a demonstration called: 'Together for Freedom.'

As night fell, police used tear gas and water cannon to disperse a group of violent demonstrators near a park.

Earlier in the day, protestors had gathered at a train station carrying signs with slogans such as: 'Belgians for Freedom' and 'Stop Discrimination.'

To sit inside at bars and restaurants in Belgium, customers must now show proof of vaccination with a special mobile phone app, known as the COVID Safe Ticket. 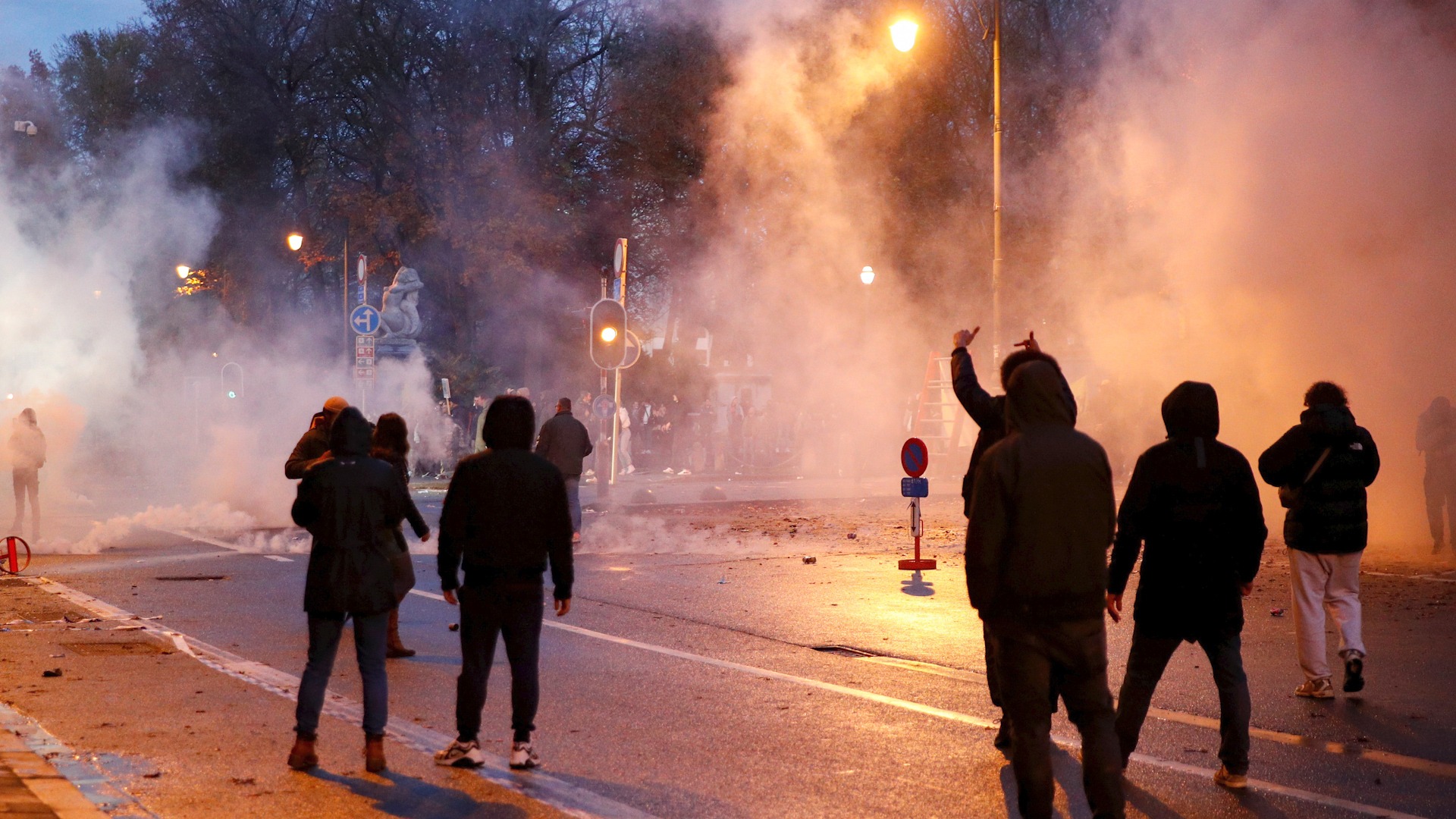 After meeting with his French counterpart on Monday, Belgium's Prime Minister condemned the violence that broke out over the weekend.

Belgium's new measures are much less restrictive than the partial lockdown next door in the Netherlands or the full lockdown in Austria. With some exceptions, Belgians must work from home four days per week until at least the middle of December. Face masks are also now mandatory for anybody over the age of 10 in public places such as shops and sports venues.

As member states in the European Union tighten restrictions, the European Commission says they should remain focused on boosting vaccination rates. 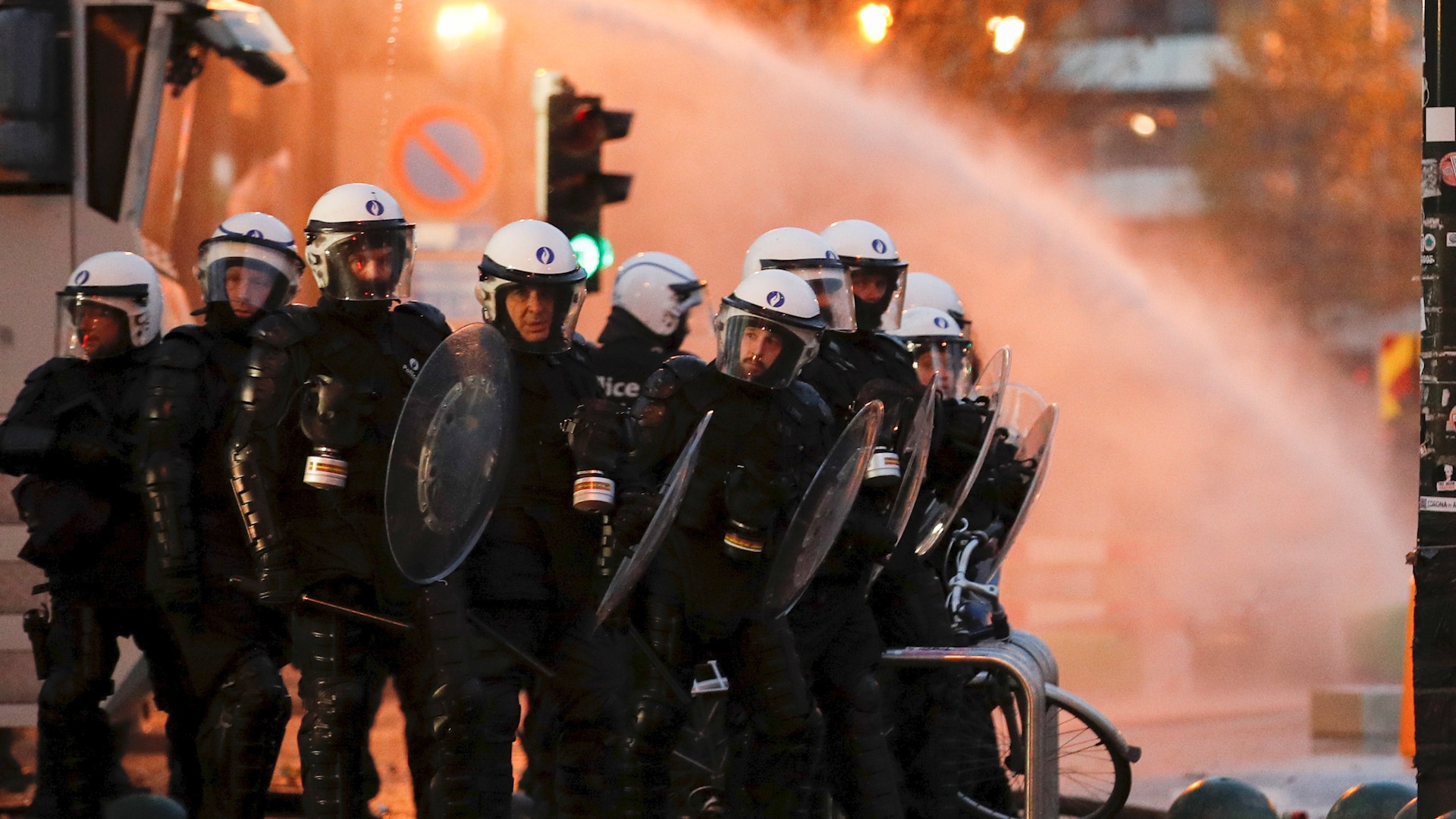 Water cannon were deployed on the streets of Belgium's capital as protests turned violent. / Reuters

Water cannon were deployed on the streets of Belgium's capital as protests turned violent. / Reuters

"It is important in our fight against this virus that we continue to implement the vaccination strategies in different member states. You know the three words very well: vaccinate, vaccinate, vaccinate. These are the words that will make sure we are able to tackle this virus," said Stefan de Keersmaecker from the European Commission on Monday.

Officials in Belgium are also carefully watching occupancy rates in intensive care units to see if the new measures bring numbers down in the coming weeks.