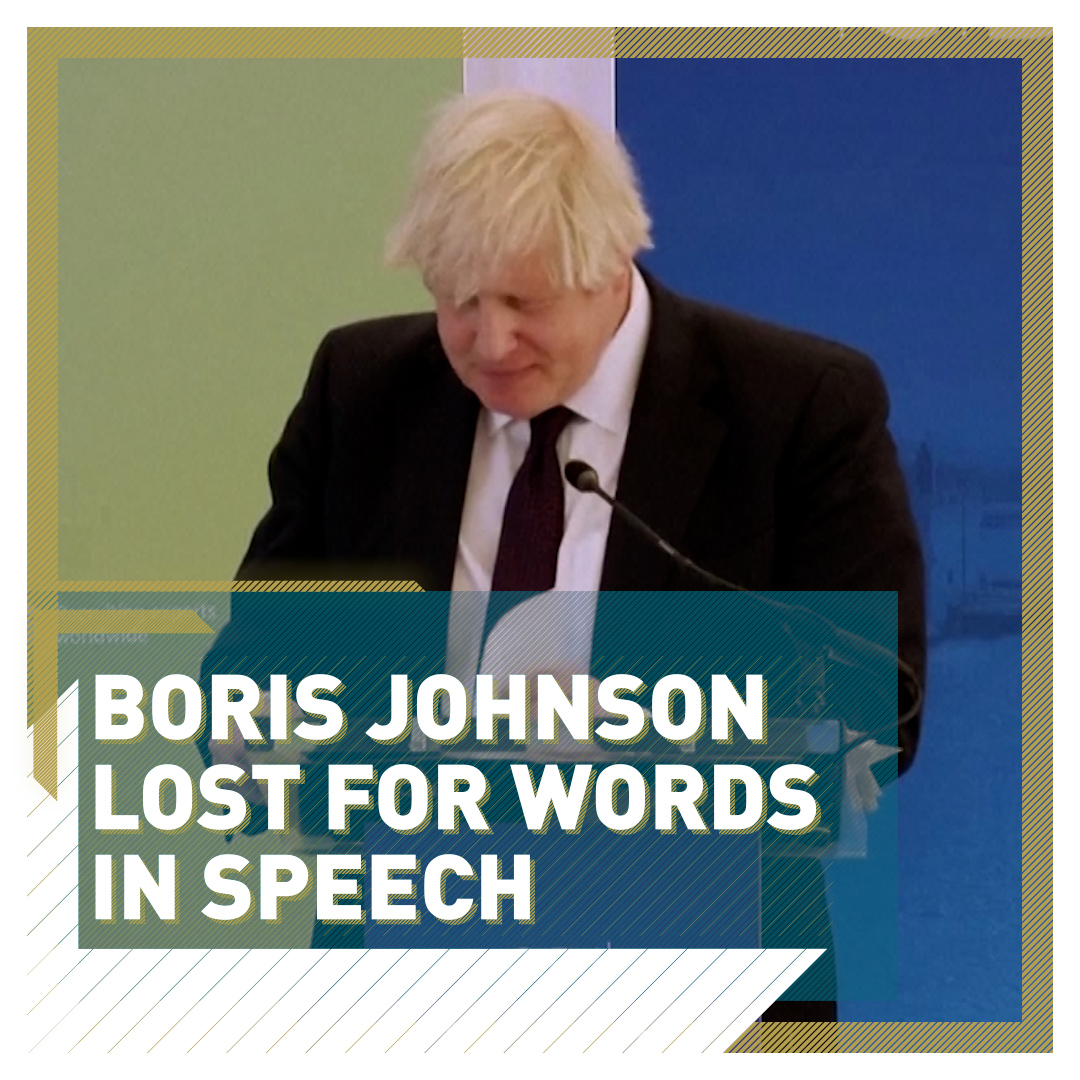 Boris Johnson got lost as he was explaining his roadmap for addressing inequality between different regions of England.

The British prime minister was delivering a speech to the Confederation of British Industry (CBI) when he found himself struggling to locate the correct page from his notes.

"Forgive me," he muttered several times as he leafed through the A4 pages for around 25 seconds trying to find his place after describing improvements in broadband coverage.

The speech was delivered at the CBI's annual conference in the north east of England, an area which has seen lower levels of investment than the south east of the country. It was seen as an important opportunity for Johnson to set out the impact of the "leveling up" policies, which helped him win votes from the opposition Labour Party in more deprived areas away from London at the 2019 election.

During his speech Johnson, who has been under pressure after mishandling accusations of misconduct aimed at members of his party, discussed the transition towards a greener economy, investments in transport and other infrastructure as well as education and training aimed at improving opportunities.

He also delivered a lengthy anecdote about a recent family trip to Peppa Pig World, an amusement park based around the children's television character. Johnson said the character, which he described as resembling a hairdryer, epitomized the success of British creativity in global business.