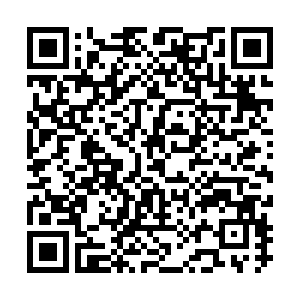 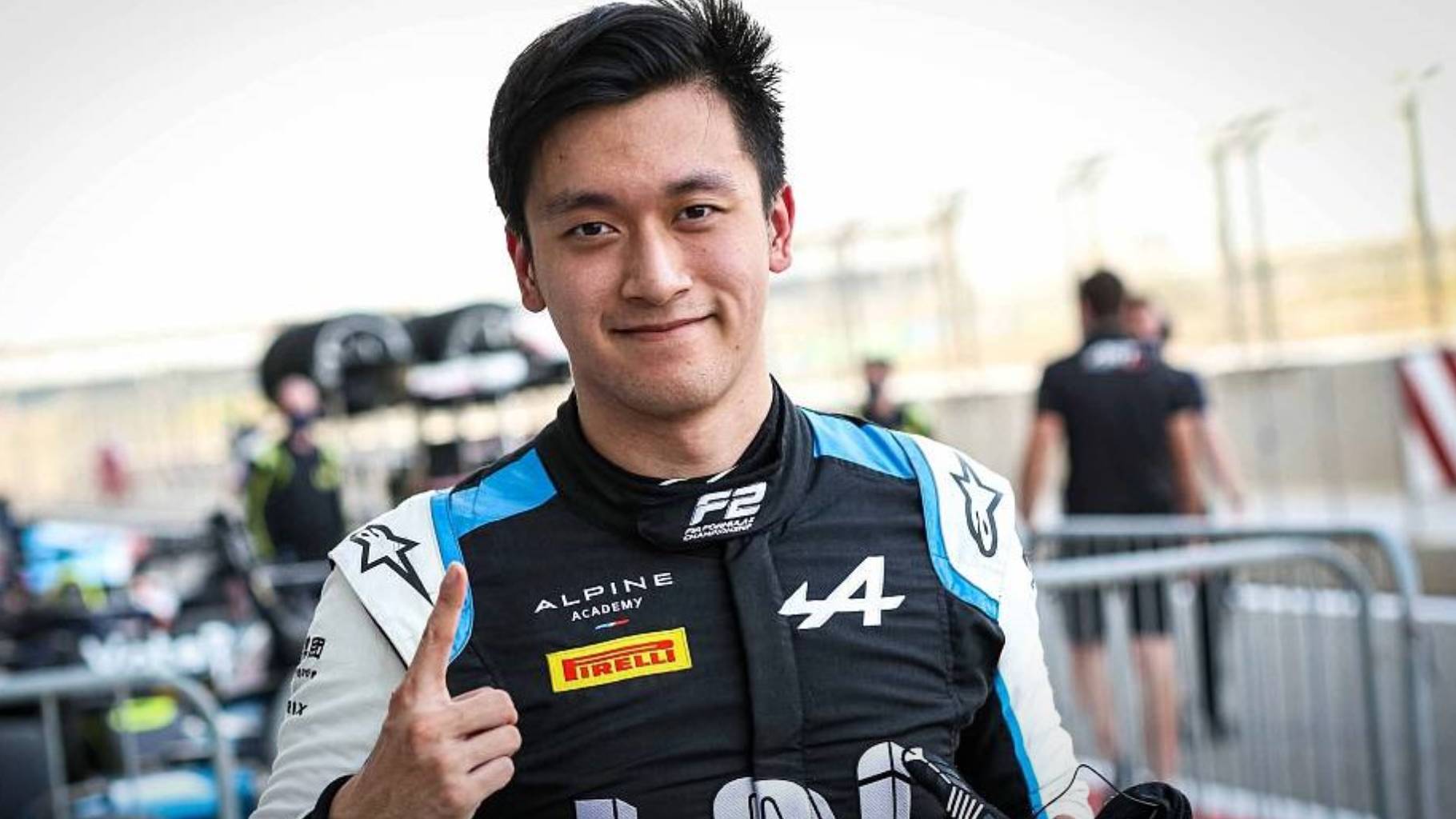 Zhou will be teammates with Valtteri Bottas in 2022. /VCG

Zhou will be teammates with Valtteri Bottas in 2022. /VCG

Zhou Guanyu described it as a dream come true as he joined Alfa Romeo Racing to become the first Chinese driver to compete in the Formula 1 World Championship.

In an interview with China Media Group, the 22-year-old said: "I want to thank all of my fans who have supported me along the way. I will keep improving myself before the new season and I am looking forward to the opening race. I hope people will pay more attention to Chinese auto racing and I will also keep fighting." 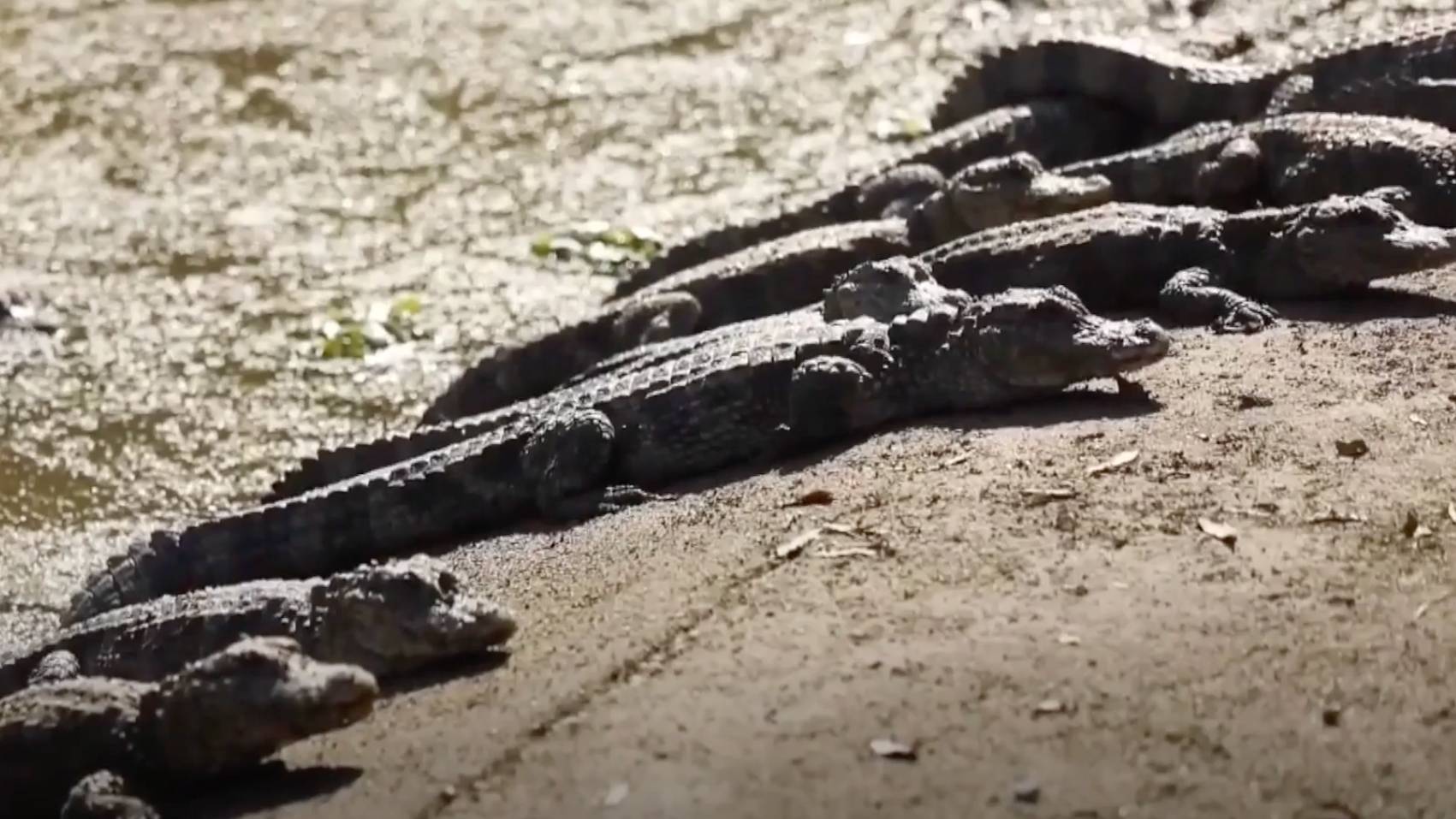 The alligators are moved indoors to avoid the winter cold. /CGTN

The alligators are moved indoors to avoid the winter cold. /CGTN

The Chinese alligator, or Yangtze alligator, which is under first-class state protection in the country, will go through hibernation indoors when the outdoor temperature averages 10 degrees Celsius in the area. Click on the link above to see a video report on how the handlers do it.

China-Africa trade reached $185.2 billion between January and September of this year, up 38.2 percent year-on-year, establishing a new record for the period. China has become Africa's largest trading partner over the past decade.

More than 3,500 Chinese companies have been set up in Africa, of which private companies account for more than 70 percent. China's foreign direct investment stock in the region was $43.4 billion and it has become the fourth largest investor in Africa.

The document was agreed at the sixth plenary session of the 19th CPC Central Committee. /Xinhua

The document was agreed at the sixth plenary session of the 19th CPC Central Committee. /Xinhua

The Resolution of the Central Committee of the Communist Party of China on the Major Achievements and Historical Experience of the Party over the past century was released on Tuesday. The document was adopted at the sixth plenary session of the 19th CPC Central Committee, held in Beijing from November 8 to 11.

It is only the third resolution of its kind in the Party's 100-year history – the first was in 1945 before the victory of the War of Resistance against Japanese Aggression, and the second was in 1981 with the advent of the reform and opening-up drive.

The resolution, with a total of more than 36,000 Chinese characters, reviewed the Party's history and called for further efforts to realize the Chinese Dream of national rejuvenation. 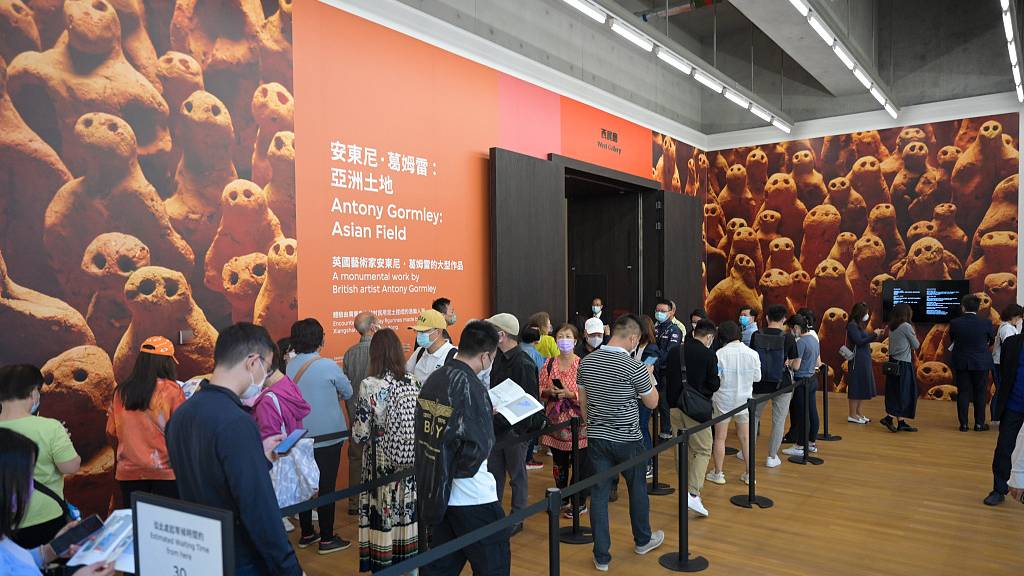 Chinese villagers made the clay figurines for the Gormley exhibit. /China News Service

Chinese villagers made the clay figurines for the Gormley exhibit. /China News Service

Hong Kong's M+ museum, billed as Asia's premier art institution, has opened its doors to the public and is offering free admission for the first year. Some 1,500 works from 30 countries and regions worldwide are presented within the 17,000-square-meter exhibition space – the biggest in Hong Kong.

Among its exhibitions is Antony Gormley: Asian Field, an expansive installation of more than 80,000 hand-sized clay figurines selected from the original 210,000. Created by the British sculptor with around 300 villagers from south China's Guangdong province, it reflects China's vast territory and population. 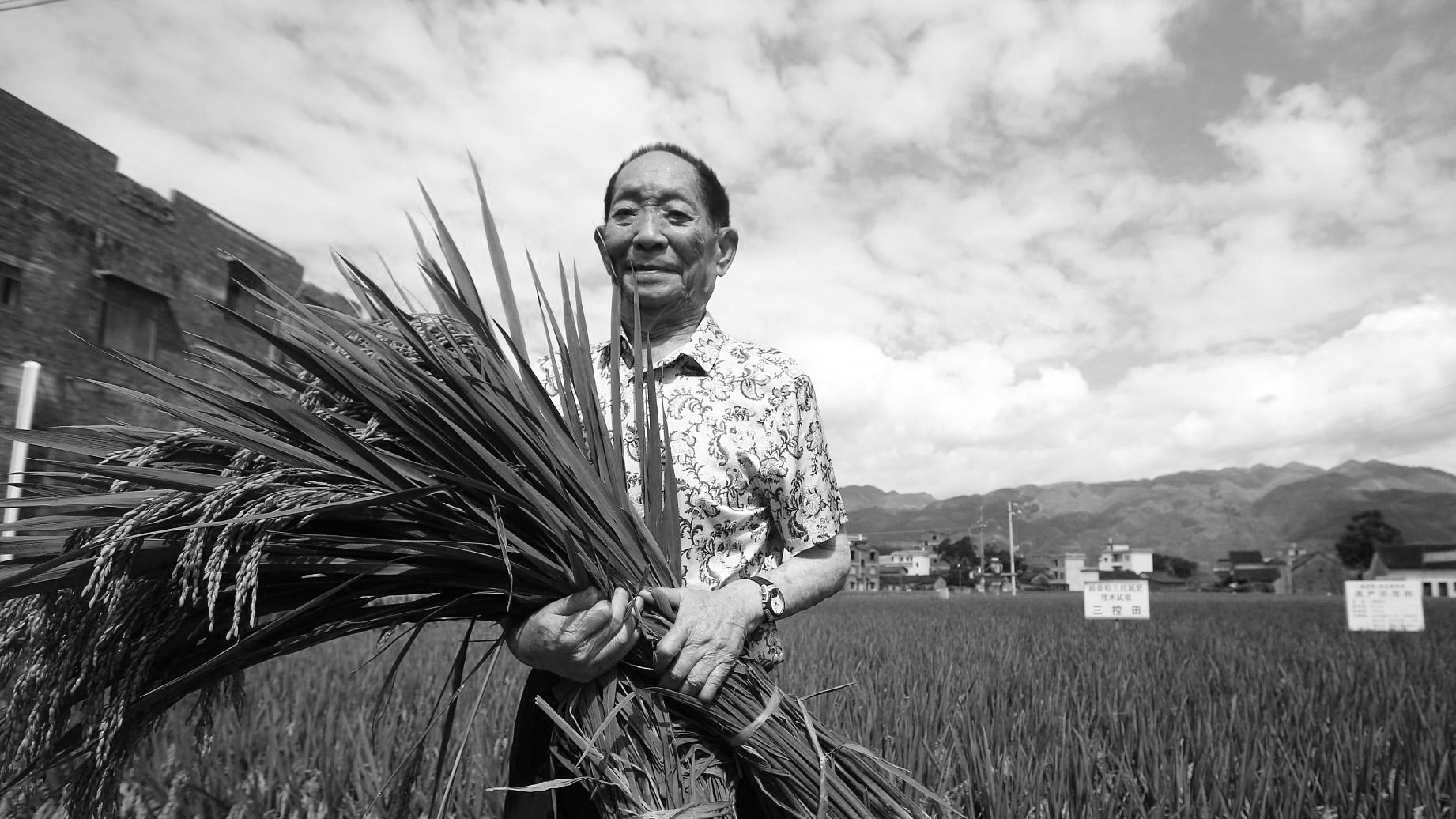 Yuan helped feed millions of people in China and across the world. /CFP

Yuan helped feed millions of people in China and across the world. /CFP

The remains of Chinese scientist Yuan Longping, known as the "father of hybrid rice," was laid to rest Monday in Changsha, the capital of central China's Hunan province.

When he died earlier this year, the United Nations praised him for saving "millions of lives" with his pioneering work in developing high-yield hybrid rice strains. Read more here.

In the annual Singles' Day shopping bonanza this year, a total of 60,000 courier stations under Alibaba's logistics arm Cainiao Network sent out 7.5 million virtual eggs for consumers who recycled their parcel boxes. For each four virtual eggs received, customers can then get a free delivery.

These are just some of the measures being taken as China seeks to peak carbon dioxide emissions before 2030 and achieve carbon neutrality before 2060.

An online poll conducted by CGTN on WeChat suggest two-thirds of people support female-only carriages or would like to give them a try. Among those supporters, nearly 64 percent were female.

They have already been introduced in some Chinese cities, as well as places in Japan and India, but the debate continues about whether to introduce them in more places, as well as trials using new technology to counter the problem of harassment.

Annual fishing ban gets under way 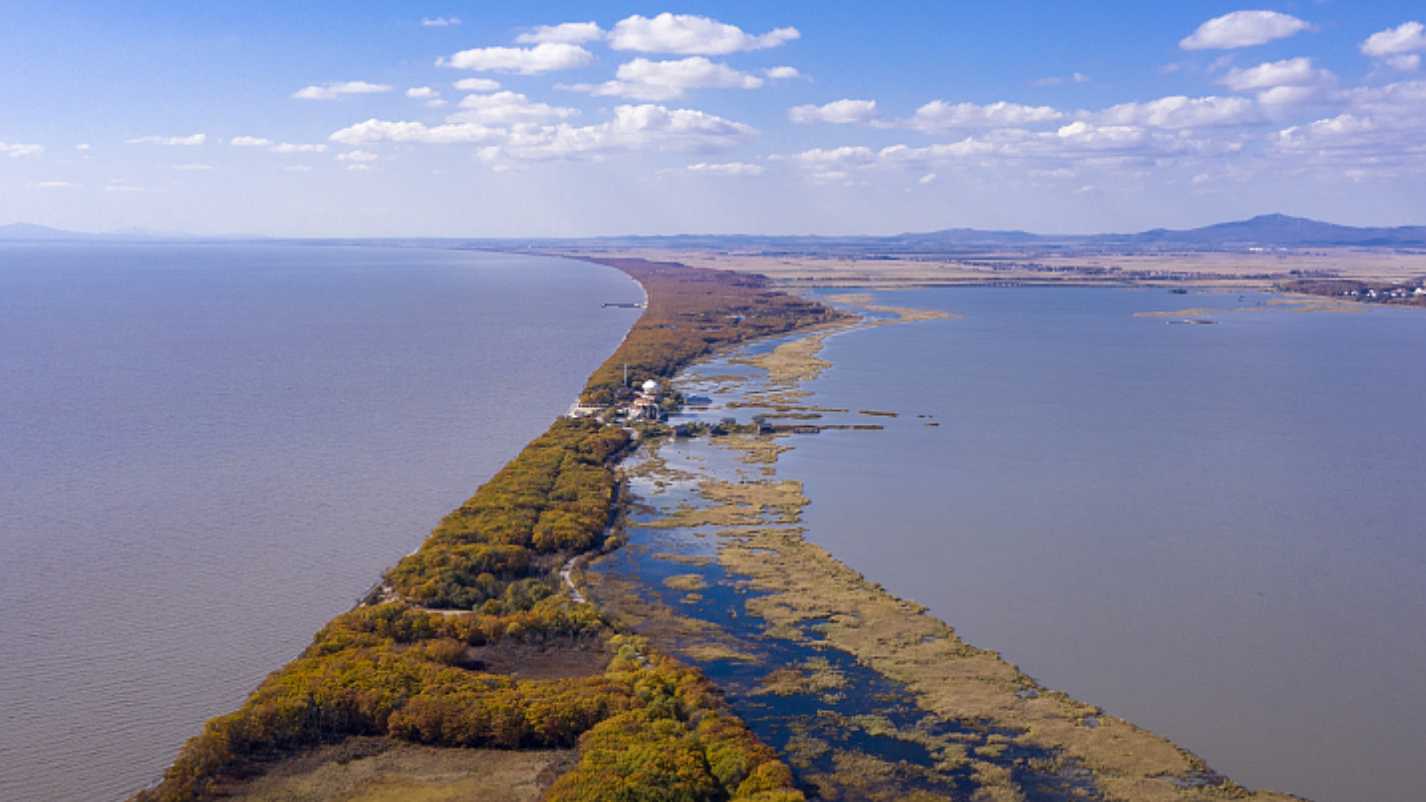 The Xingkai Lake crosses the border between China and Russia. /CGTN video

The Xingkai Lake crosses the border between China and Russia. /CGTN video

Winter fishing in the Xingkai Lake, in northeast China's Heilongjiang province, is temporarily banned, which means all fishing boats are required to evacuate from the site. The lake is home to 65 fish species, including the famous white fish and white shrimp.

A combination therapy of monoclonal antibodies BRII-196 and BRII-198 jointly developed by Tsinghua University, the Third People's Hospital of Shenzhen and Brii Biosciences has shown promising results for non-hospitalized COVID-19 patients at high risk of clinical progression to severe disease.

"The BRII-196/BRII-198 medicines have been used in the clinical treatment of over 700 patients in China, and the clinical trials data at home and overseas shows the medicines could reduce severe symptoms and mortality by 78 percent," Zhang Linqi, a professor at the Tsinghua School of Medicine told Science and Technology Daily in a recent interview.