Download
How 'heat stress' could cause 10m deaths – The Agenda
CGTN 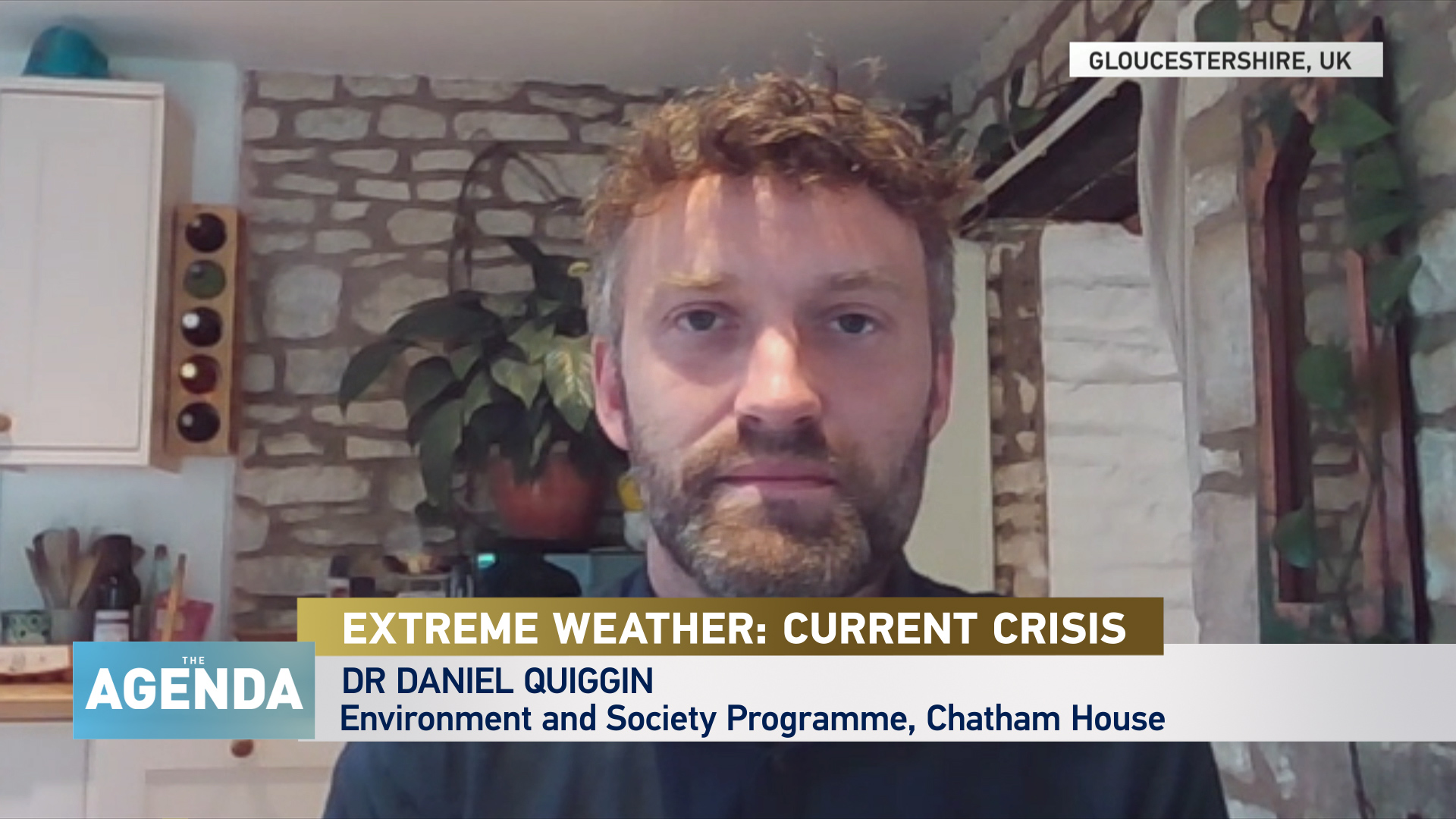 The dangers of extreme weather are becoming increasingly apparent and a recent report warns governments that as many as 10 million people are likely to die of heat stress from rising temperatures unless we substantially cut greenhouse gas emissions. The Agenda's Stephen Cole speaks to one of the authors of that report.

The Agenda's Stephen Cole is joined by one of the authors of that report, Daniel Quiggin, senior research fellow with the Environment and Society Program at Chatham House.

Quiggin is an expert in modeling, forecasting and analysis of national and international energy systems. He has previously provided his expertise to the UK government, as well as having published a UK 2030 energy scenario in collaboration with Greenpeace UK.

He holds master's degrees in particle physics and climate science, and a PhD in energy system modeling.

WHAT DOES QUIGGIN SAY?

Asked which parts of the world are most vulnerable, Quiggin explains it's not only those nations closest to the equator, but also those that have not yet needed to put protocols in place to deal with extreme heat.

"Those societies are not necessarily well prepared, well planned for those types of heatwaves because they haven't had to experience them in the past. A heatwave might strike another country to the one that a given individual may live in, but the impacts are likely to transcend those borders.

He also highlights the vulnerability of the global food system, which is reliant on predictable weather.

"We are likely to need 50 percent more food by 2050, but we anticipate that yields under the current emissions trajectory that we're on are likely to decline by around about 30 percent by the same time, so food is likely to become scarcer and cost more to consumers.

"Agriculture needs to be decarbonized as well, and that's a lot about land use. If we can prevent deforestation in areas countries like Brazil, then your agricultural or land sector emissions are commensurately reduced.

"We can't think about this in the isolation of individual countries. This really is a global problem with systemic and compounding impacts."

- Europe's first Chief Heat Officer Eleni Myrivili explains her plans for beating the heat and why air conditioning systems are proving to be a double-edged sword in attempts to keeping the planet cool.

- Wu Changhua, China/Asia Director at the Office of Jeremy Rifkin joins the conversation to explain the cause of recent flooding in China, as well as the watertight plans to fight extreme weather in the future.