More than 1.7 million people were affected by severe flooding in China's northern Shanxi province in October after torrential rain triggered landslides and led to thousands of homes collapsing across more than 70 districts and cities.

So how does China plan to fight the floods of the future? The Agenda's Stephen Cole has been finding out.

Wu Changhua is the China/Asia Director at the Office of Jeremy Rifkin.

Wu also advises governments and corporations on sustainability strategy and innovation, alongside her role as professional policy analyst for China's sustainability policy and practices.

She's also an award-winning leader of low-carbon projects and Founder of Teconet, which works with a network of young professionals to upscale clean technology to help towards delivering the UN 2030 Sustainable Development Agenda.

Additional former roles include Greater China Director of the Climate Group, Director of China Studies of World Resources Institute and Editor of the English edition of China Environment News.

WHAT DOES WU CHANGHUA SAY?

When asked what China is doing in preparation for future extreme weather events, Wu Changhua says predicting when they'll strike is vital.

"A lot of things are happening in China at this moment. We have this sort of early warning system, satellite monitoring and sensors… So we'll be able to tell as early as possible what's coming," she said.

"A sort of a highly dangerous or hazardous event means the schools will be closed, the work will be closed, a lot of facilities will be closed. Why? Because people need to have shelter in order to reduce the impacts or losses or damages as much as possible."

Despite technology helping China's interventions, Wu acknowledges that preventing the extreme weather in the first place is the only solution:

"No matter what you do, more and more evidence shows that climate change is intensifying. No single country at this moment – rich or poor, large or small – is really climate-proof.

"So the global community needs to really reduce the carbon to net zero before or around 2050 so that we'll be able to control the temperature rise and so that we won't be suffering as much as we are suffering now." 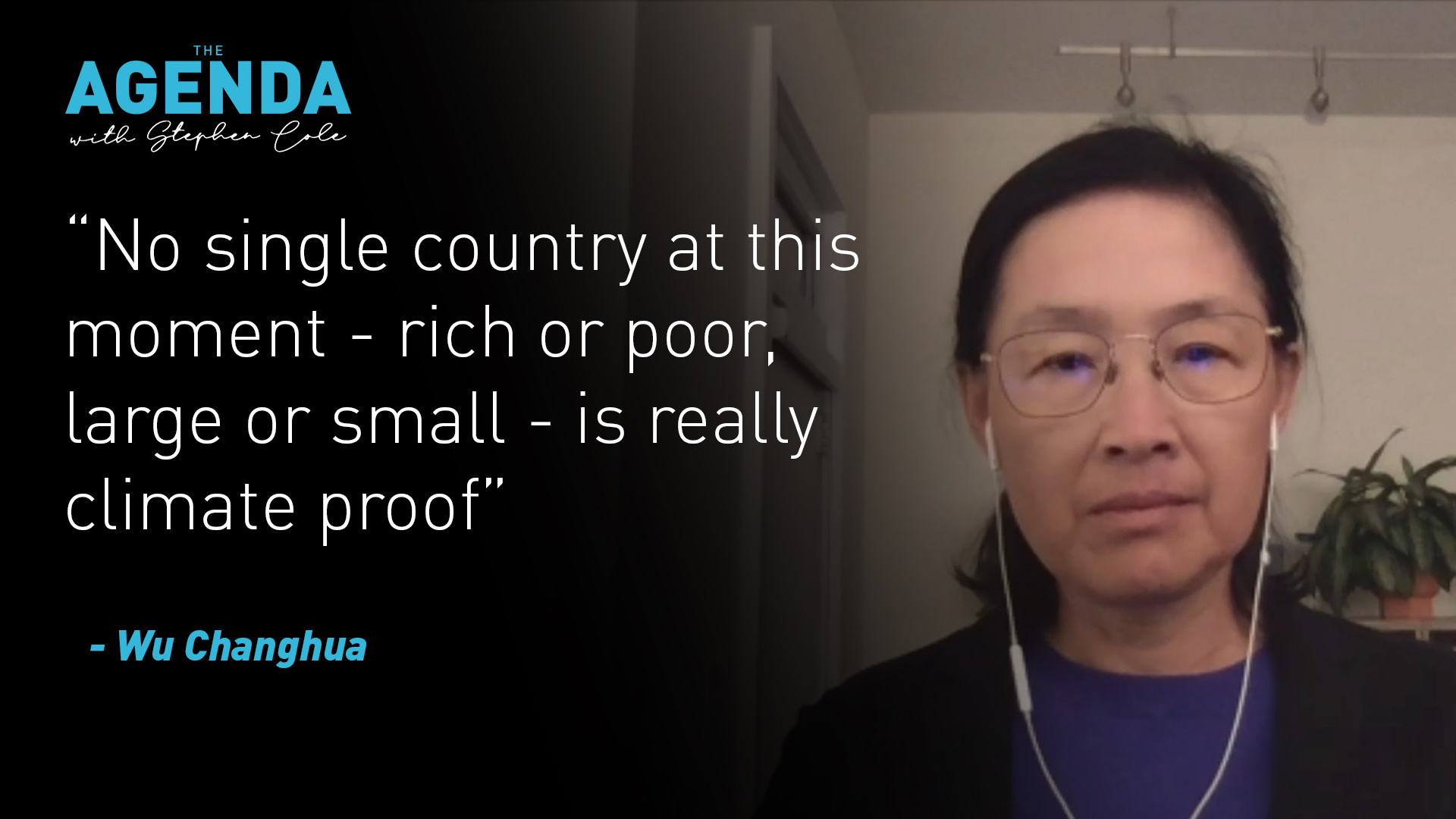 - Daniel Quiggin, senior research fellow with the Environment and Society Program, Chatham House explains why 10 million people could die from "heat stress" and what can be done to mitigate the effects and save our global food systems.

- Europe's first Chief Heat Officer Eleni Myrivili explains her plans for beating the heat and why air conditioning systems are proving to be a double-edged sword in attempts to keeping the planet cool.