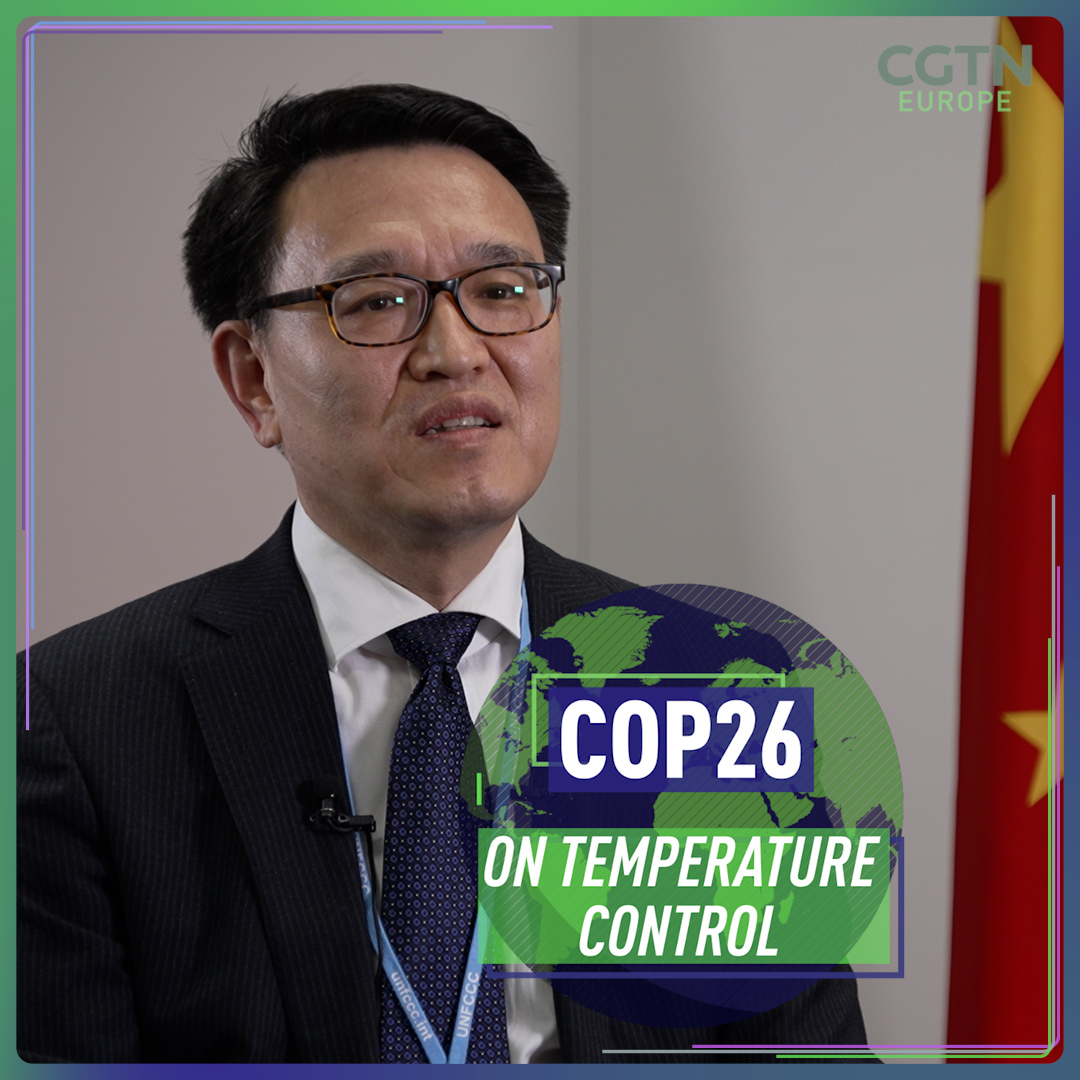 One of China's top negotiators at the COP26 talks has warned against efforts to set a lower target for global temperature rises, saying it is important to stick with the science and rules set under the Paris Agreement.

In 2015, following a summit in the French capital, 196 countries and regions vowed to act to limit climate heating compared with pre-industrial times to below 2 degrees Celsius, while keeping the possibility of reaching a lower level of 1.5 degrees Celsius. Shifting that ambition to aim at the smaller increase would risk unbalancing the fairness of the treaty, Vice Minister of Environment Zhao Yingmin told CGTN.

"A key issue in the negotiation is to whether to stick the Paris goals of keeping temperatures below 2 degrees and [have] 1.5 degrees within reach, or just 1.5 degrees. It's a question of whether we stick to the Paris Agreement and the principle of common but differentiated responsibilities. We must see that addressing climate change has become an urgent challenge. At the same time, it must be based on science and rules. This rule is the Paris Agreement." 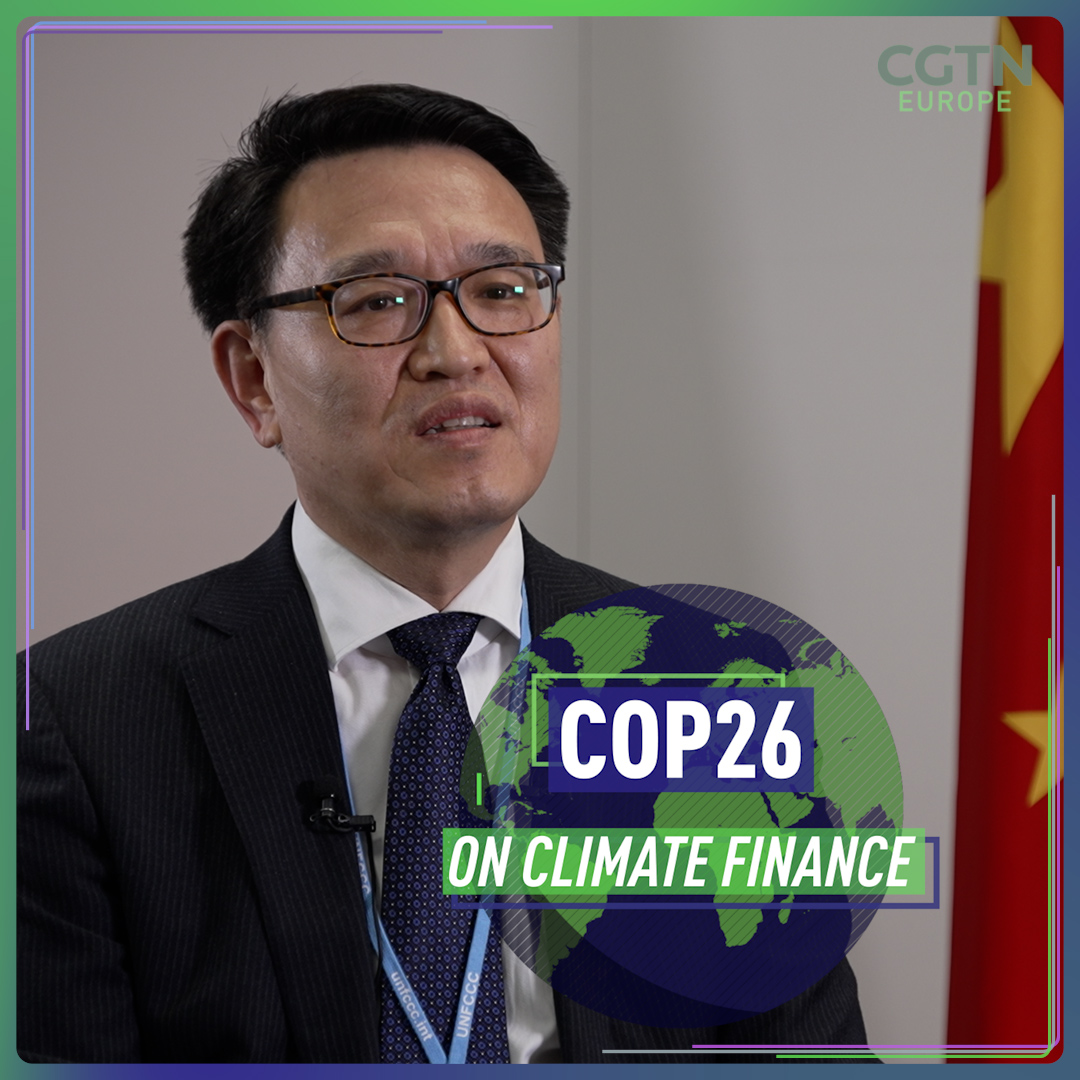 China has previously emphasized the onus for delivering the biggest impact should fall upon the countries that have been powering their economies using carbon-intensive industries for many decades, creating the crisis facing the world now. However, it has also said it is ready to make the fastest transition to net-zero emissions of any major economy – by 2060, after peaking its carbon output before 2030.

Friday is slated to be the final day of the summit, although previous meetings have been extended. Negotiators are trying to bridge the gap between countries most at risk from climate change and those where people and economies are most dependent on fossil fuels as well as finding a fair arrangement for wealthier developed nations to support both groups.

Zhao said failure to deliver on a previous agreement to find $100 billion in climate change funding per year by 2020 had undermined talks.

"This has greatly damaged political mutual trust. The success of COP26 is now hinged on whether the pledges can be met. Rich countries have yet to show their sincerity and commitment to honor their pledges. It's not looking optimistic," he said in an interview in Glasgow.

However, he pledged to work until the final moment to try to find solutions that would make the summit a success.

"At the last day of the conference, I hope that all parties can meet each other halfway. Developed countries should honor their commitment and put their best efforts into helping developing countries, so as to build mutual trust and reach agreements on key issues of the conference. The Chinese delegation has been talking to different countries, to bring positivity through constructive negotiations."