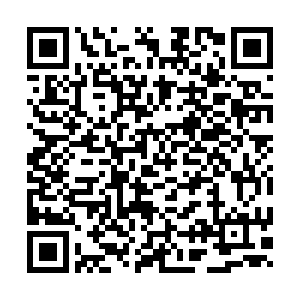 A delegate looks at a screen during COP26. /Reuters/Yves Herman

A delegate looks at a screen during COP26. /Reuters/Yves Herman

· One billion people will suffer from extreme heat stress if the planet warms by 'just' 2 degrees Celsius above pre-industrial levels, the UK Met Office has warned representatives at COP26.

Should temperatures rise by 4 degrees Celsius, half of the world's population will be affected by debilitating extreme heat.

The goal of the UN summit is to limit warming to 1.5 degrees Celsius, but leaders and experts had expressed their doubts this could be achieved even before COP26 started.

At a temperature of 32 degrees Celsius, which is estimated to be felt in parts of the world for more than 10 days per year, workers must take breaks every hour to avoid exhaustion.

The map shows areas where a wet-bulb globe temperature (combining both humidity and heat) greater than 32 degrees Celsius could occur for more than 10 days per year if the planet warms by 4 degrees Celsius above pre-industrial levels. At this temperature, workers must take regular breaks to avoid exhaustion. /Met Office

The map shows areas where a wet-bulb globe temperature (combining both humidity and heat) greater than 32 degrees Celsius could occur for more than 10 days per year if the planet warms by 4 degrees Celsius above pre-industrial levels. At this temperature, workers must take regular breaks to avoid exhaustion. /Met Office

· A new study by McKinsey issued a similar warning. Assessing the impact of 1.5 degrees warming by 2030, it said around 5 billion people (half of the world's population) would suffer heat stress, drought, flood and "water stress" (lack of water).

The study also found that if the planet warms up by 2 degrees by 2050, more than half of the world's population would be exposed to climate hazards, which will affect more people in lower-income countries than middle- and upper-income countries, with two-thirds of people impacted being concentrated in only 10 countries.

· "Gender equality and the empowerment of women and girls are essential for effective climate policies and actions" is the topic delegates will discuss on day nine of the climate summit.

But the number of women participating at COP26 events as leaders, negotiators and business representatives is not as high as many had hoped – a point picked up by both activists and media. Women from the Global South, on the front line of the climate crisis, are especially under-represented at the UN summit.

Studies have shown climate change disproportionately affects women, who in the case of weather-related disasters are more likely to die than men, and are vulnerable to gender-based violence when forced to migrate or are made homeless by climate-related events. · Nations around the world being hit the hardest by the climate criris are demanding immediate funding for "loss and damage."

Back in 2009, wealthy nations, historically the big polluters, pledged to provide $100 billion annually by 2020 to help countries decarbonize as well as adapt for the impact of climate change. But these funds are yet to be deployed and will only be ready by 2022 or 2023.

Studies show that damage inflicted by climate change could top $500 billion a year by 2030, with a research by Christian Aid released on Monday showing that the 65 most vulnerable nations could see their gross domestic product (GDP) drop by 20 percent on average by 2050.

· After making headlines with his video address to COP26 delegates filmed while standing thigh-deep in the sea, where he pleaded for help for his country, Tuvalu's Foreign Minister Simon Kofe said on Tuesday that the South Pacific island nation is looking into legal ways to keep ownership of its maritime zones and recognition as a state even as Tuvalu is completely submerged due to climate change.

"We're actually imagining a worst-case scenario where we are forced to relocate or our lands are submerged," Kofe told Reuters.

Extinction Rebellion activists hold a banner during a protest outside a COP26 venue. /Reuters/Hannah McKay

Extinction Rebellion activists hold a banner during a protest outside a COP26 venue. /Reuters/Hannah McKay

· The new emissions-cutting pledges made by countries around the world for COP26 will barely make an impact in preventing global temperatures from rising by 2.7 degrees Celsius this century, according to an update to the UN's annual Emissions Gap report made today.

To keep warming in line with a 1.5 degrees rise, countries would need to slash emissions more than seven times faster than they're currently doing, said UNEP.

· Little Amal, the 3.5-meter puppet representing a Syrian refugee girl, made it to Glasgow after walking thousands of miles across Europe. She attended the summit to raise awareness of the plight of refugee children on the front line of climate change and opened today's plenary session with Samoan climate activist Brianna Fruean.

Before delegates, the two exchanged gifts. Fruean gave Little Amal a flower representing light and hope and Little Amal gave her a bag of seeds in return.

Fruean called on the climate talks "to work and fight so that all little girls inherit the world that they deserve, to lay the foundation for change to grow."