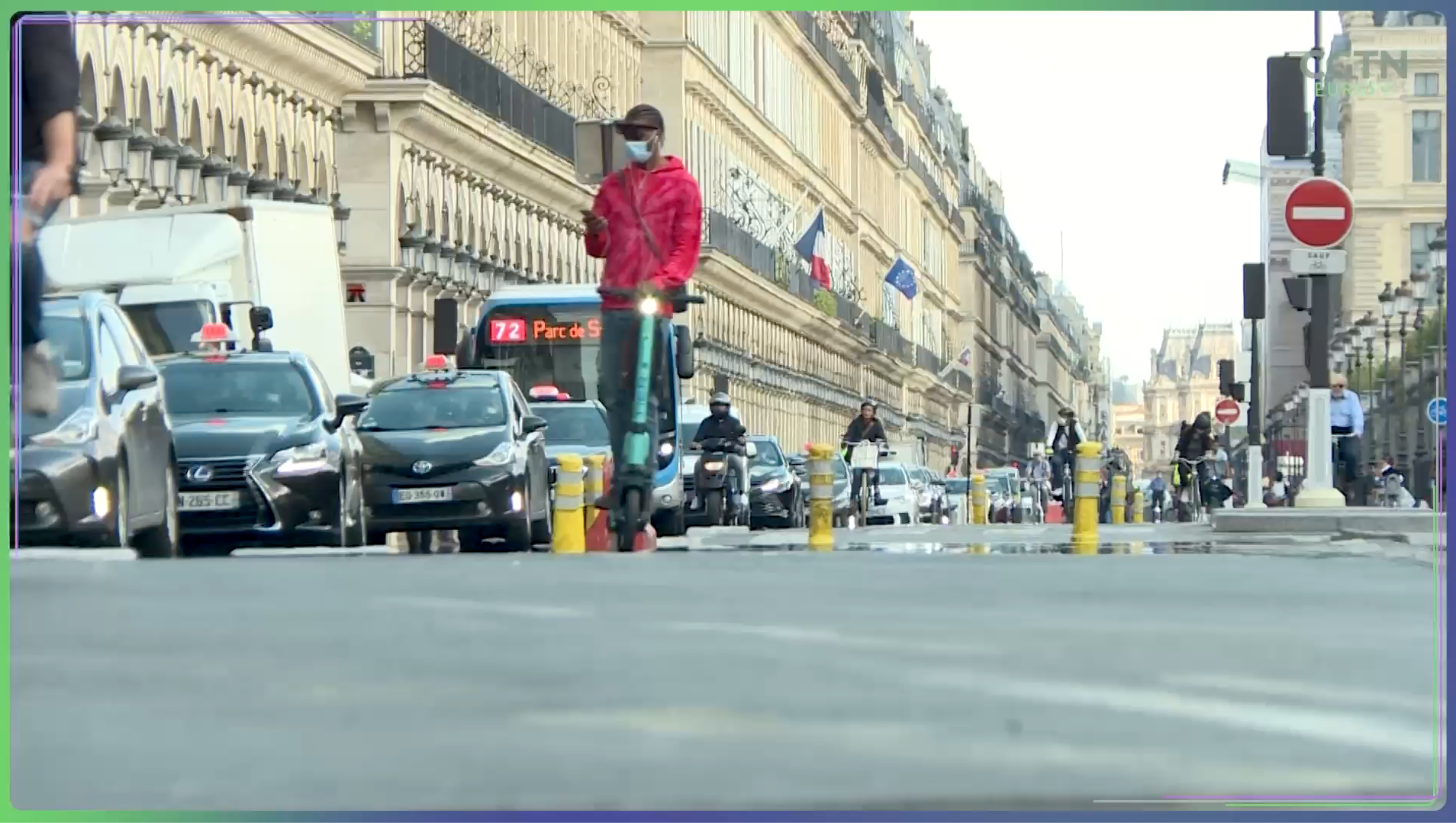 Paris mayor Anne Hidalgo says that she wants to make the French capital a so-called '15-minute city,' backing an idea conceived by a Colombian academic.

The theory is that most people's needs would be met within 15 minutes of where they lived in the city. But how would that work?

Under the 15-minute city concept, people's workplaces, their children's schools, sport centers where they exercise, cafes and restaurants where they meet their friends, and the stores they shop in, would all be within a 15-minute walk or short bike ride from their home.

Carlos Moreno is a professor at the Sorbonne University in Paris and he came up with the concept to change city life.

"With climate change and the pandemic crisis, we needed to implement another urban lifestyle for living in proximity, for using more and better resources, reducing our CO2 emissions, and to continue to develop economical and social activities in the different districts of cities," Moreno explains.

Urban travel is a central pillar of the plan. Paris is fast becoming a big biking city. Temporary cycle lanes were introduced last year at the height of the pandemic – and now those 60 kilometers of makeshift paths are being made permanent by the mayor of Paris.

Hidalgo has declared war on the pollution caused by motorists, cutting the number of car parking places, increasing electric vehicle charging points and dropping the speed limit in the French capital to just 30 kilometers per hour.

The mayor of Paris is an advocate of the 15-minute city idea. Hidalgo says she’s going to run for president next year, so Moreno's theory is likely to get more press and it will have to withstand more analysis and criticism about its viability.

Improving the urban landscape is also part of the plan. At the Place de la Bastille, in eastern Paris, trees have been planted and the canal-side area cleaned up.

The 15-minute city plan could work well in rich countries, like France, but what about cities in emerging economies? Moreno says there is interest in Latin America and Asia in changing city life.

"In India it's very chaotic urban planning in different big cities, but those in charge are very interested in changing this model," he says. "In China, two weeks ago, I had the opportunity to deliver a talk for the principal urban planner for the big metropolises in China."

The effects of the climate emergency are being felt across the world, and Moreno says there must be rapid policy changes or the next 10 years could be 'catastrophic.'

"The question today is not to avoid climate change – this is not possible today." he says. "The key word today is mitigation. We need to reduce the impact of climate change."

The coronavirus pandemic, coupled with devastating climate events, has forced governments across the world to rethink their priorities.

Many including France, the UK and the U.S. promise to embrace green initiatives as part of building back better. A re-imagining of how our cities function is likely to form a key part of reshaping our futures.