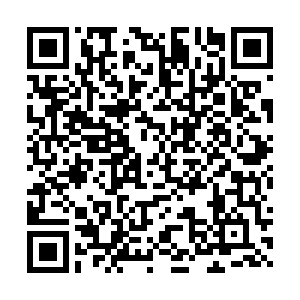 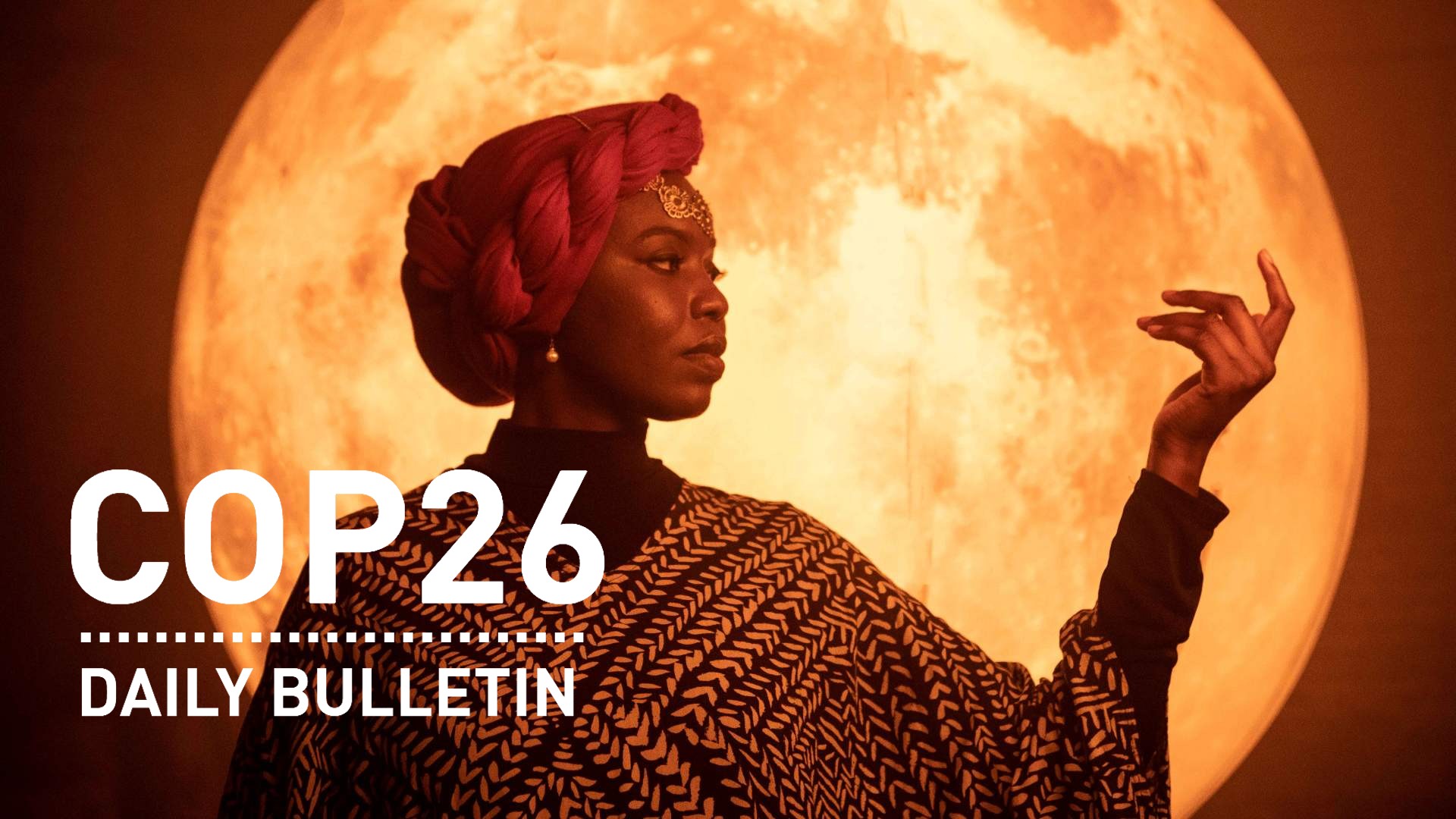 A picture of the poet Emtithal Mahmoud during the filming of her poem 'Di Baladna'. / UNHCR/Andy Hall via Reuters

A picture of the poet Emtithal Mahmoud during the filming of her poem 'Di Baladna'. / UNHCR/Andy Hall via Reuters

· Governments are pushing for an agreement on how to help vulnerable countries deal with the damage caused by climate change. One prediction by the Heinrich Boll Foundation puts the expected cost for developing countries at around $580 billion a year by 2030 and $1.8 trillion by 2050.

That prediction is dependent on governments capping temperature increases at 1.5 degrees Celsius based on pre-industrial levels. If global warming exceeds that, the expected cost will be even higher.

Developing countries are also wary because a previous promise made 12 years ago of $100 billion a year in aid by 2020 was missed. And instead, richer nations have announced they would meet it by 2023 at the latest.

· Tuvalu's foreign minister Simon Kofe got his point across by delivering a speech to the climate conference while standing knee-deep in seawater to show how his low-lying Pacific island nation is on the front line of climate change. 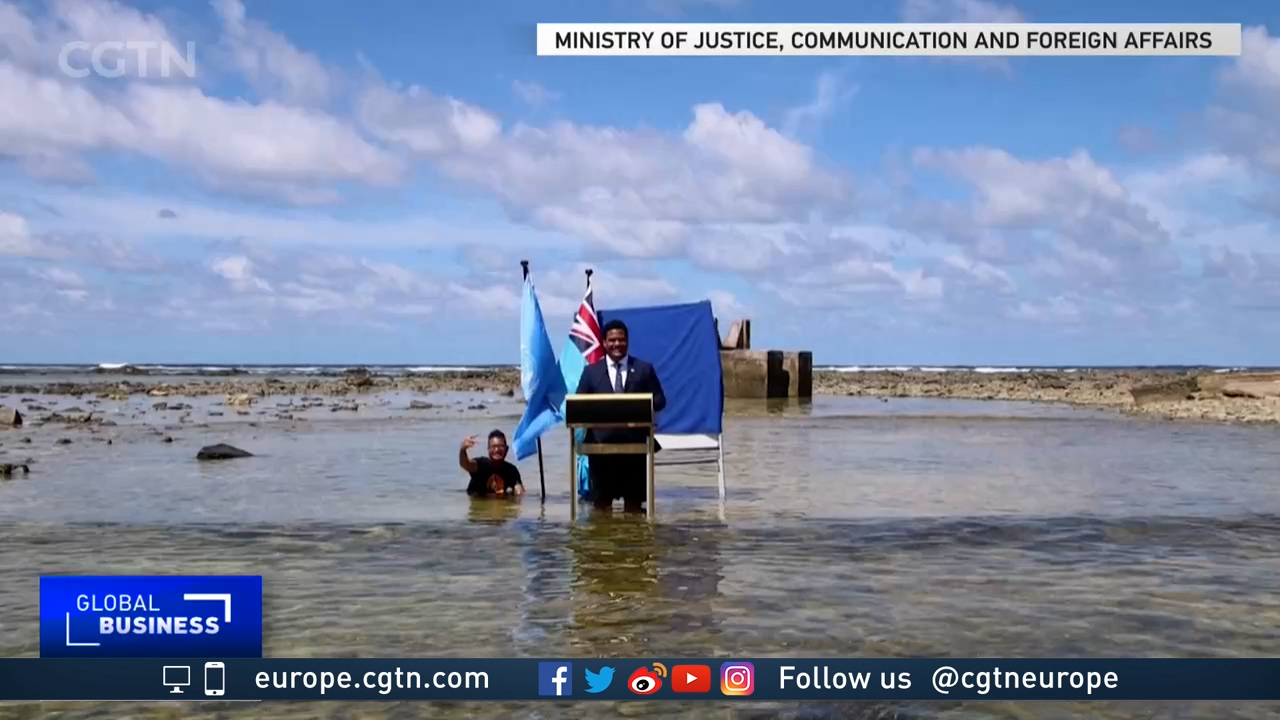 That prediction is based on temperatures increasing by 2.9 degrees Celsius compared with pre-industrial levels.

If governments can keep global warming to 1.5 degrees Celsius, those countries would still see a drop of 13 percent of their GDP by 2050 and 33 percent by 2100.

The top 10 worst-hit countries – eight in Africa and two in South America – could see a drop of 70 percent in their GDP over the rest of the century. 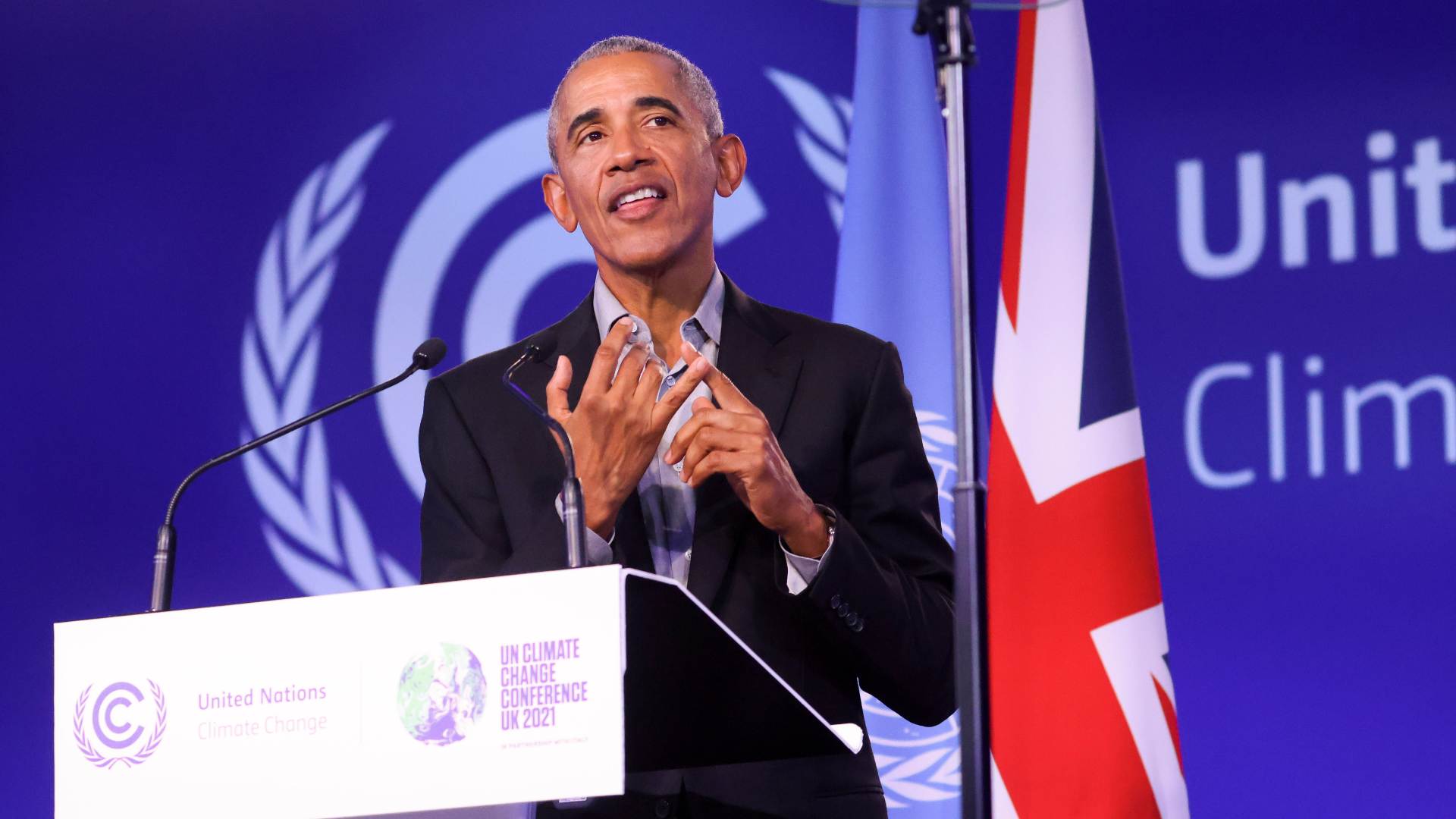 · Former U.S. president Barack Obama arrived in Glasgow on Monday, where he spoke about the risks that island nations are facing because of global warming and rising sea levels.

"I have been shaped by my experience growing up in Hawaii," he said. "We have to act now to help with adaptation and resilience."

However, several leaders of island nations pressed Obama about the U.S.'s failure to meet its previous pledge to give financial support to developing countries.

"Among others, the U.S. is woefully short of paying its fair share of climate finance," said Fiji's Prime Minister Frank Bainimarama.

"Now we are most vulnerable and are told to suck it up and wait," he added. "Developed nations are failing us."

Obama also added that the world's nations were nowhere near where they needed to be after the Paris Agreement. "So, Paris showed the world that progress is possible and created a framework, important work was done there and important work has been done here," he said.

"That is the good news.

"Now for the bad news: We are nowhere near where we need to be." 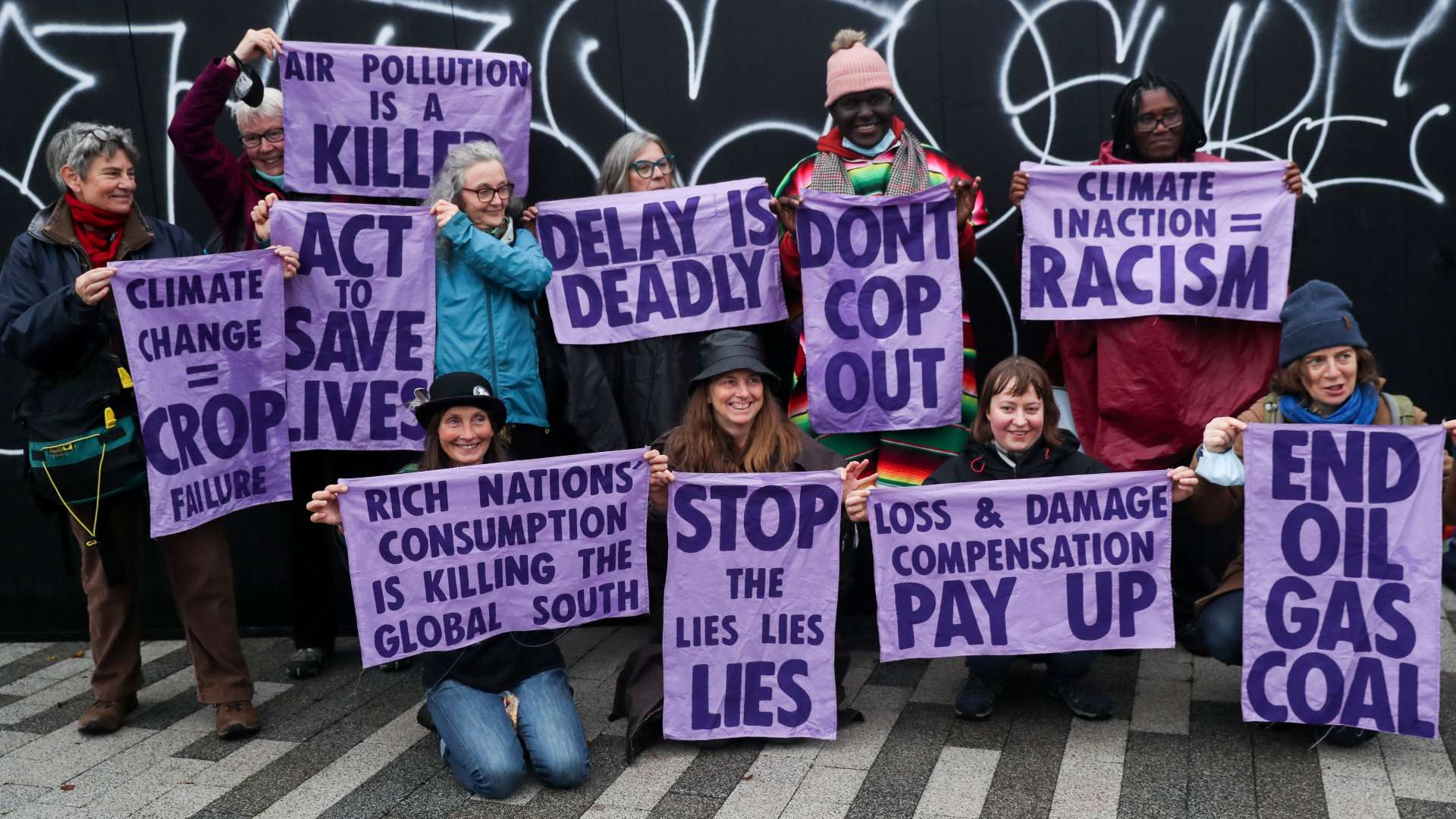 Activists at a climate protest in Glasgow. /Reuters/ Russell Cheyne

Activists at a climate protest in Glasgow. /Reuters/ Russell Cheyne

· Poet Emtithal "Emi" Mahmoud released a poem on November 8 to bring awareness to the impact climate change is having on people around the globe.

Mahmoud is currently attending COP26 this week, where she is representing refugees as both a goodwill ambassador for the UN refugee agency UNHCR and a refugee herself.

Her poem Di Baladna, or "Our Land" in Arabic, is meant "to just get the most vulnerable people's voices into spaces where we're not normally represented," Mahmoud told Reuters.

"At 11 years old, I saw my neighbor's house crumble before my eyes," her poem reads. "Our country was already locked in turmoil, and now the earth began to purge us too."

· The Netherlands has joined the U.S., Canada and 18 other countries in committing to stop financing new fossil fuel projects abroad by the end of 2022.

The other nations made the pledge last week, but the Dutch initially wanted to wait until the country's new government was formed, as it is still in the process of doing so seven months after its previous election.

But the country quickly changed this stance after it received pressure from opposition parties and climate action groups.

Between 2016 and 2020, the countries that agreed to the pledge invested around $18 billion on average every year for international fossil fuel projects.