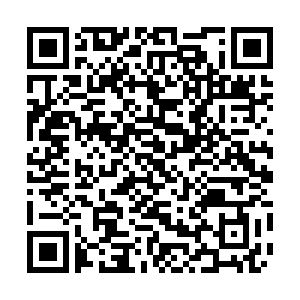 The Maldives faces an "existential threat" from climate change and the islands' efforts to protect biodiversity are doomed without substantial cuts to global emissions.

That's the view of the Maldives' special envoy for climate change, Sabra Nordeen, who told CGTN that pledges made at the COP26 summit were "nowhere near the emission targets needed."

Speaking from Glasgow, Nordeen said: "Our country is 99 percent ocean and the average height of the islands is 1.5 meters above sea level. Rising sea level ocean acidification breakdowns in our coral means the end of our livelihoods and our homes. It really is an existential crisis for us."

The archipelago is made up of more than 1,100 coral islands in the middle of the Indian Ocean and is the lowest lying nation in the world. With the current rate of global warming, almost 80 percent of the Maldives could become uninhabitable by 2050, according to NASA and U.S. Geological Survey reports.

"We have put in place measures to increase our resilience, like conservation of more protected areas, phasing out single-use plastic, those kinds of things,” said Nordeen.

"But emergency measures require a lot of money, and that is not something that the Maldives or many other small island states have, especially to deal with something as large and complex as the climate crisis."

She added: "No matter what we do in the Maldives, it's not going to be enough to save us. If temperature rises continue above 1.5 degrees, that's it.

"We need the world to agree that 1.5 is the limit that we need to stick to. We need the support to be able to live in that 1.5 world. We don't have the means to adapt to this new scenario ourselves. We need world leaders, the entire community, to commit to supporting small island states and other vulnerable countries."

Nordeen said that, while she wants to be optimistic, "last week's pledges of new financial commitments and agreements towards protecting biodiversity, are helpful, but they're not enough."