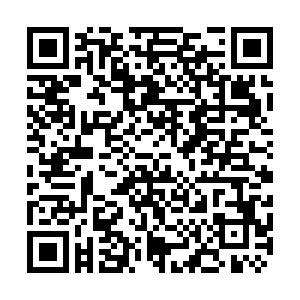 There is huge potential for practical cooperation in green finance, green technology, renewable energy, civilian use of nuclear energy, electric vehicles and carbon capture and storage between China and the UK, ambassador Zheng Zeguang has said.

However, China's ambassador to the UK added, "for such potential to bear fruit the governments of both countries need to create a favorable political environment."

In recent months the UK has decided to block Chinese firm Huawei from future involvement in the country's 5G infrastructure on security grounds, with newspaper reports suggesting that the UK government wants to avoid Chinese firms being involved in the building of future nuclear power plants in the country.

In remarks at the Responsible Energy Forum 2021, ahead of the COP26 gathering in Glasgow in the UK, Zheng said that as the world's biggest producer and consumer of energy China was "carrying out a massive energy revolution."

China and Italy to cooperate on energy, aerospace and agriculture

Why are the clocks changings in Europe?

"We are making huge efforts to develop renewable energy, promote thrift and clean use of coal, and curb high-pollution and high-energy-intensity projects," he said.

"China has become the world's largest market for renewable energy, with renewable power accounting for 29.5 percent of overall electricity consumption. China is also the biggest manufacturer of renewable energy equipment, ranks first in installed capacity of hydroelectric, wind and solar power generation, and has the largest nuclear power generating projects under construction."

He said that the country was seeking to peak carbon emissions by 2030 and achieve carbon neutrality by 2060, adding: "China always honors its commitments. We mean what we say."

There were "high expectations" from China for COP26 and "we hope all parties will work closely together, give priority to completing the negotiations of the Paris rulebook, make arrangements for issues of major concern to developing countries including financing, technology and capacity building, and push for the implementation of their respective declared objectives."

On broader trade issues he said that when restrictions were imposed on businesses "based on geopolitical or ideology reasons, you are not practising free trade, you are going against the rules of the WTO... you are doing a disservice to global cooperation on green development."

He said: "I hope China and the UK could strengthen practical cooperation on green development in all sectors rather than resorting to mutual restriction.

"China will open up even wider for businesses from all countries to expand practical cooperation in the Chinese market. We also welcome deeper academic exchanges between Chinese and British counterparts. The two sides must work together to meet the challenges of climate change and promote global cooperation on green development."