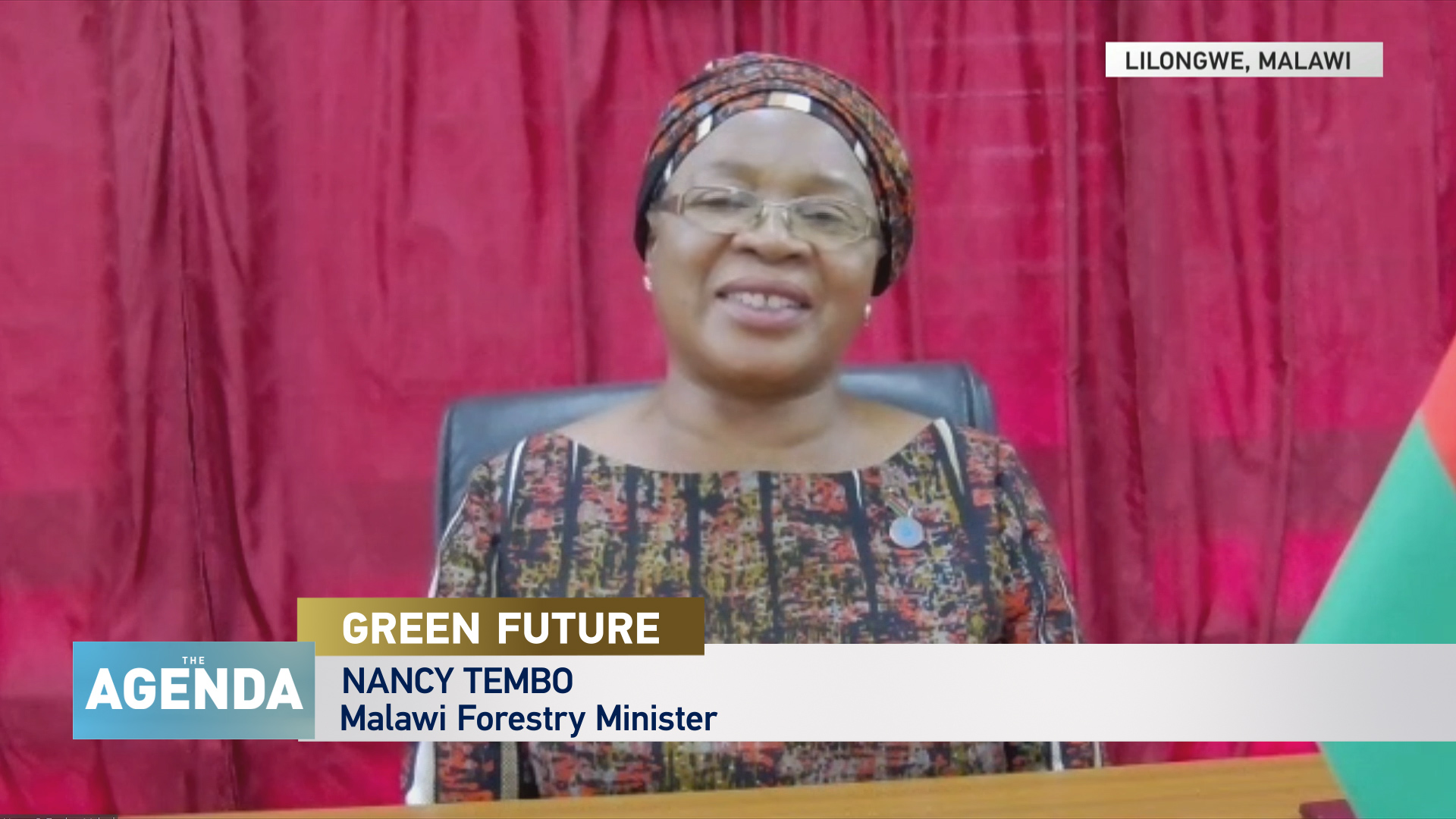 African countries bear the brunt of climate change, despite contributing very little to it, and this will be one of the items topping the agenda at COP26.

Working to save Africa from the effects of climate change is Malawi's Minister of Forestry and Natural Resources, Nancy Tembo, who joins The Agenda's Stephen Cole to talk through African countries' priorities for Glasgow, as well as ongoing mitigation and adaptation measures. She also discusses the importance of financing in hope of reaching a green and inclusive recovery.

WHAT DOES NANCY TEMBO SAY?

She says Africa's reliance on agriculture and the necessity to plan is being hampered by unpredictable weather and climate, causing increasing food insecurity.

Although they have established irrigation schemes, water harvesting and landscape restoration, Nancy Tembo says it's not enough.

"We are suffering extreme weather conditions, but we cannot just sit idle and lament. We have to find ways of making sure that we reduce the impact on the citizens of this country," she said.

"The challenge that we face is that there is not much coming from the developed world and where there is, the processes required to access that financing are so cumbersome, it's almost prohibitive."

"Money could be structured towards climate change adaptation and mitigation and that way, we all work on the same page."

- Andrea Meza Murillo, Costa Rica's Minister of Environment and Energy, one of the driving forces behind the 'Beyond Oil and Gas Alliance' due to be launched at COP26, explains why she thinks we have entered the "decisive decade" for climate change, but admits challenges remain in encouraging countries to go green to help de-carbonize the economy.