A prototype of an electric air taxi, named 'VoloCity', has gone on display at Rome's Fiumicino airport, on Wednesday. 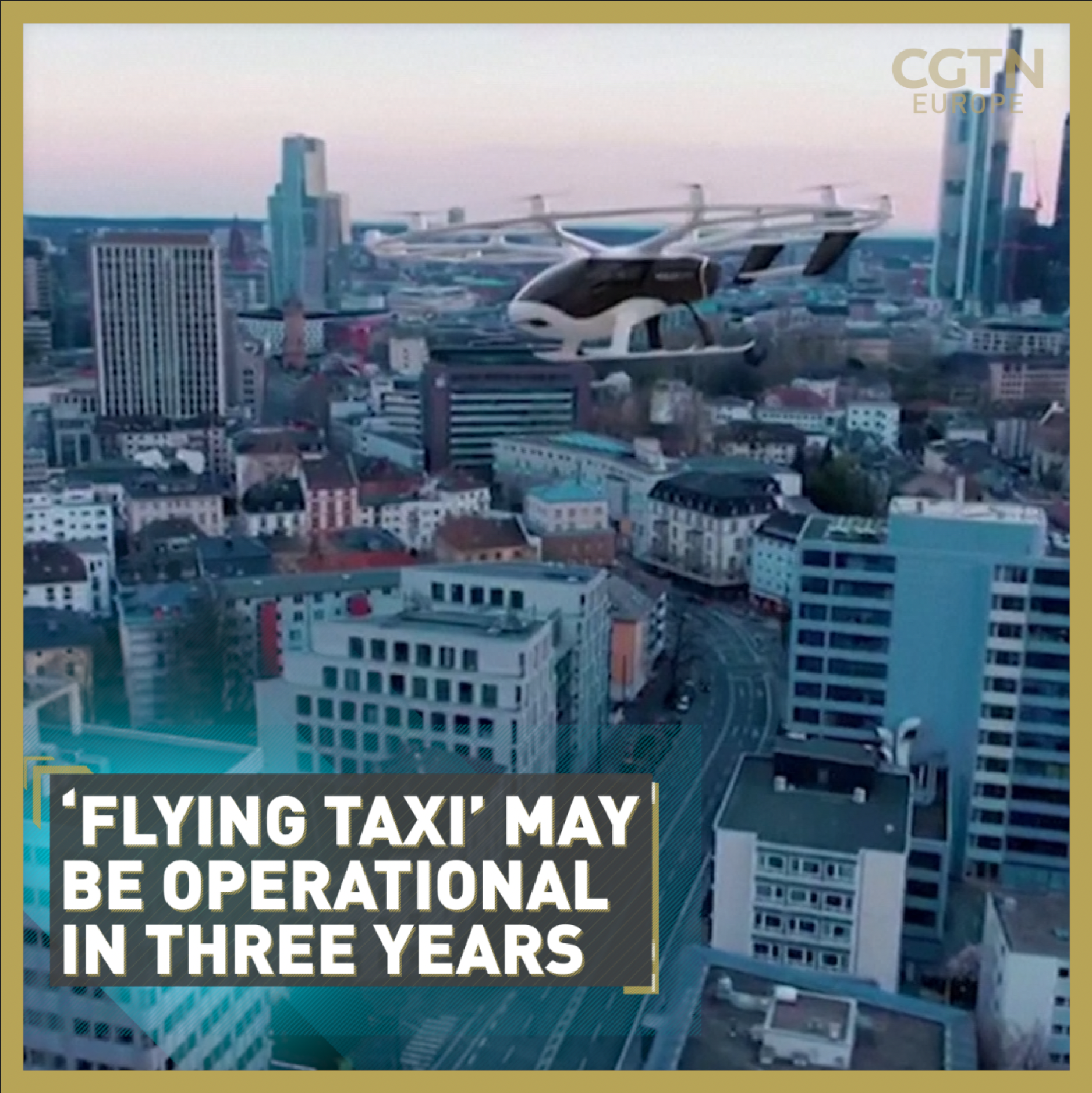 Looking like a mini helicopter, but four times quieter than an actual helicopter,  the flying taxi will have a maximum capacity of two people.

The German aviation startup that designed it hopes in three years' time to begin operating a route from Fiumicino airport to the center of the Eternal City. The journey should take only around 15 minutes, compared to 45 minutes by taxi without traffic.

The ticket could cost around $170 for a one-way trip, said Marco Trancon, the CEO of Aeroporti Di Roma.

"It will be a silent journey and it will be a fully sustainable journey because of course it will be an electrical vehicle charged with green energy, so the level of emission will be zero." he added.