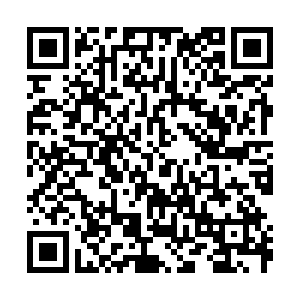 It is well known China is the world's most populous country – what it not so well known is that it also has some of the highest numbers of different flora and fauna anywhere in the world. And this is what the nation's five inaugural national parks are trying to protect.

After six years of work and planning, the Chinese government announced at the COP15 conference, held in Kunming in October 2021, that it had formalized the eagerly anticipated parks. 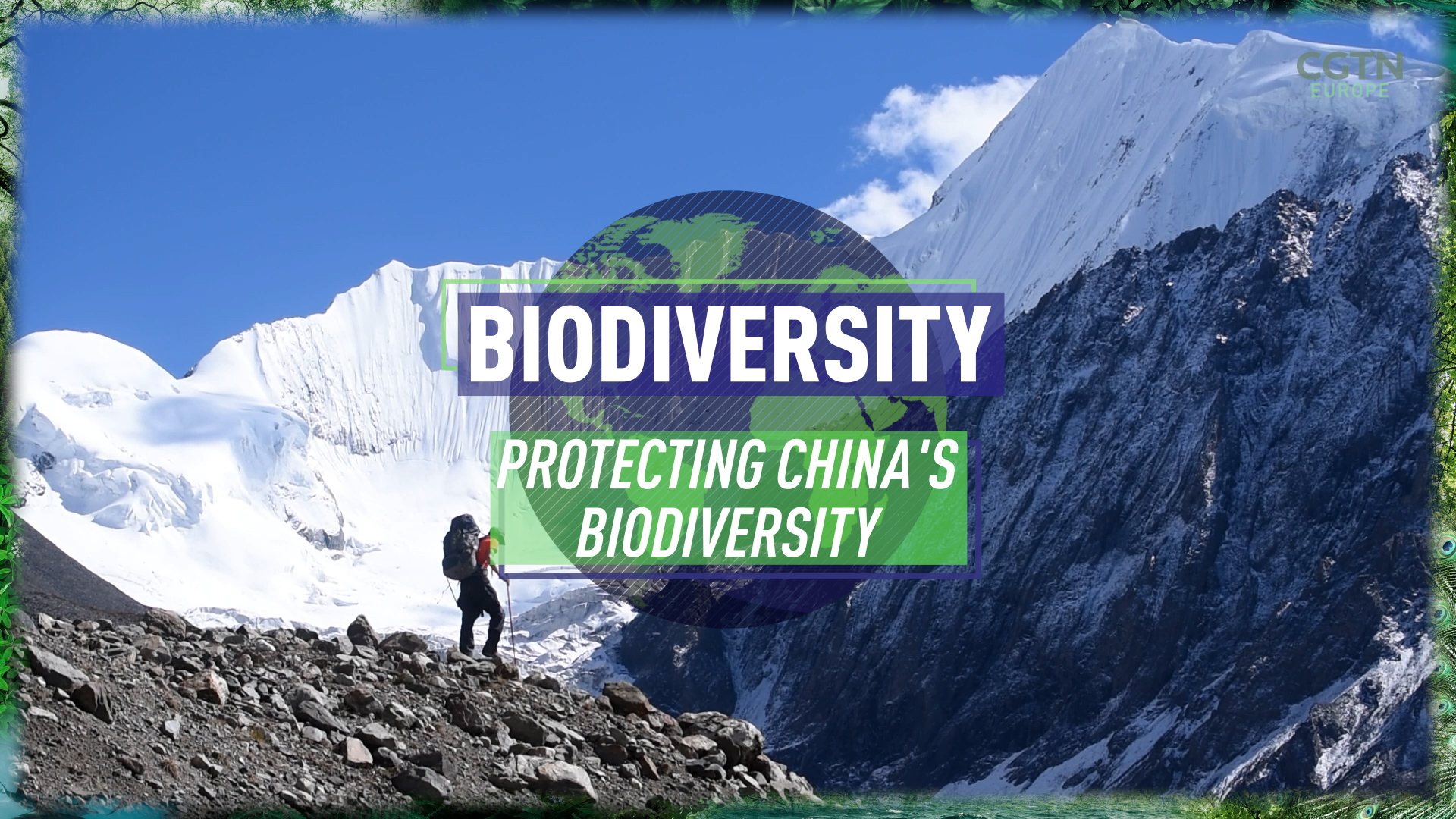 China's biodiversity is astounding – the country hosts the world's third-highest number of animal species. No wonder the government has recently doubled the number of species listed as protected in the country.

The new national parks system will make protecting landscapes and species more interesting. But what's involved? And can the rest of the world learn from the new levels of protection? 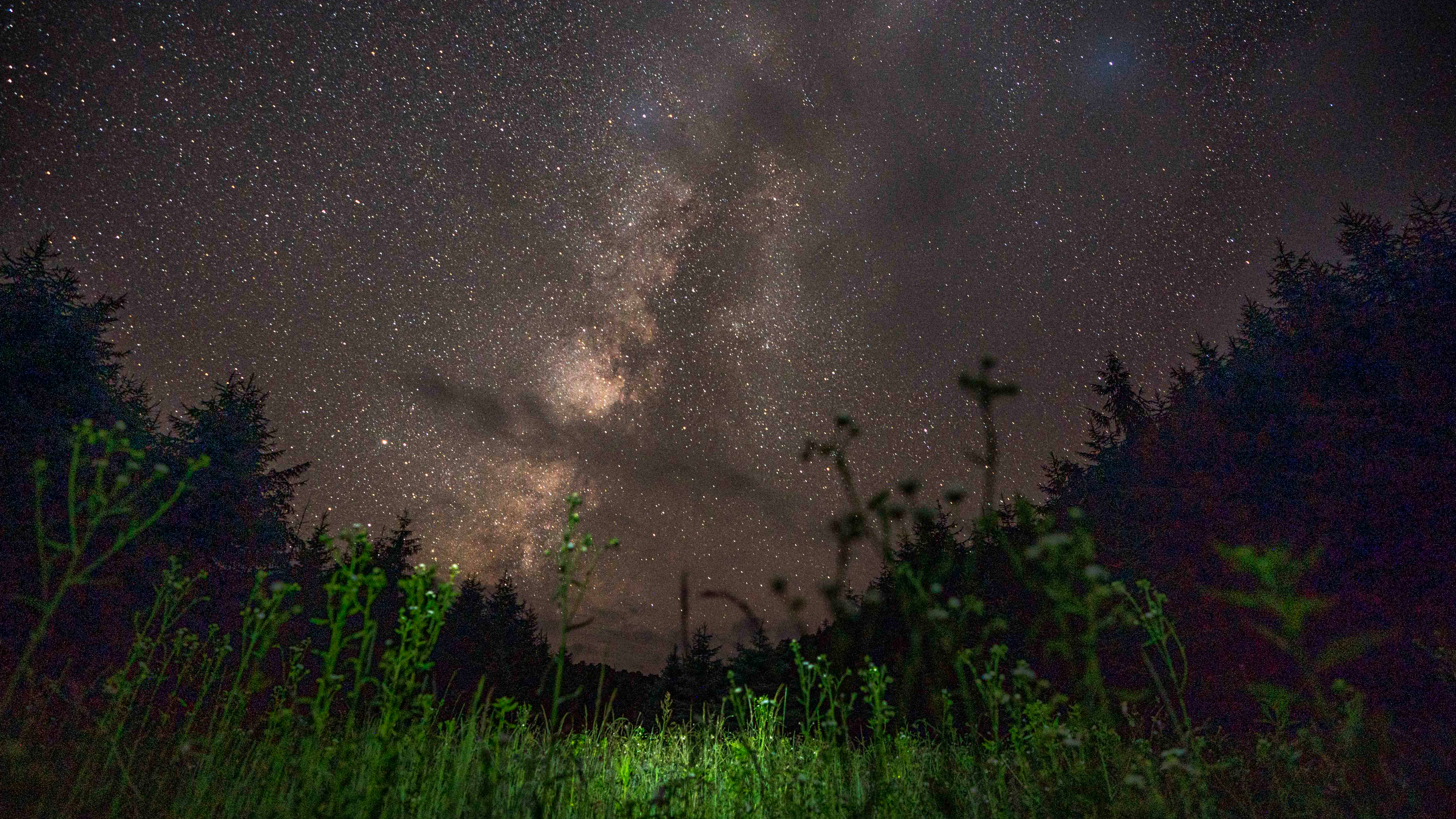 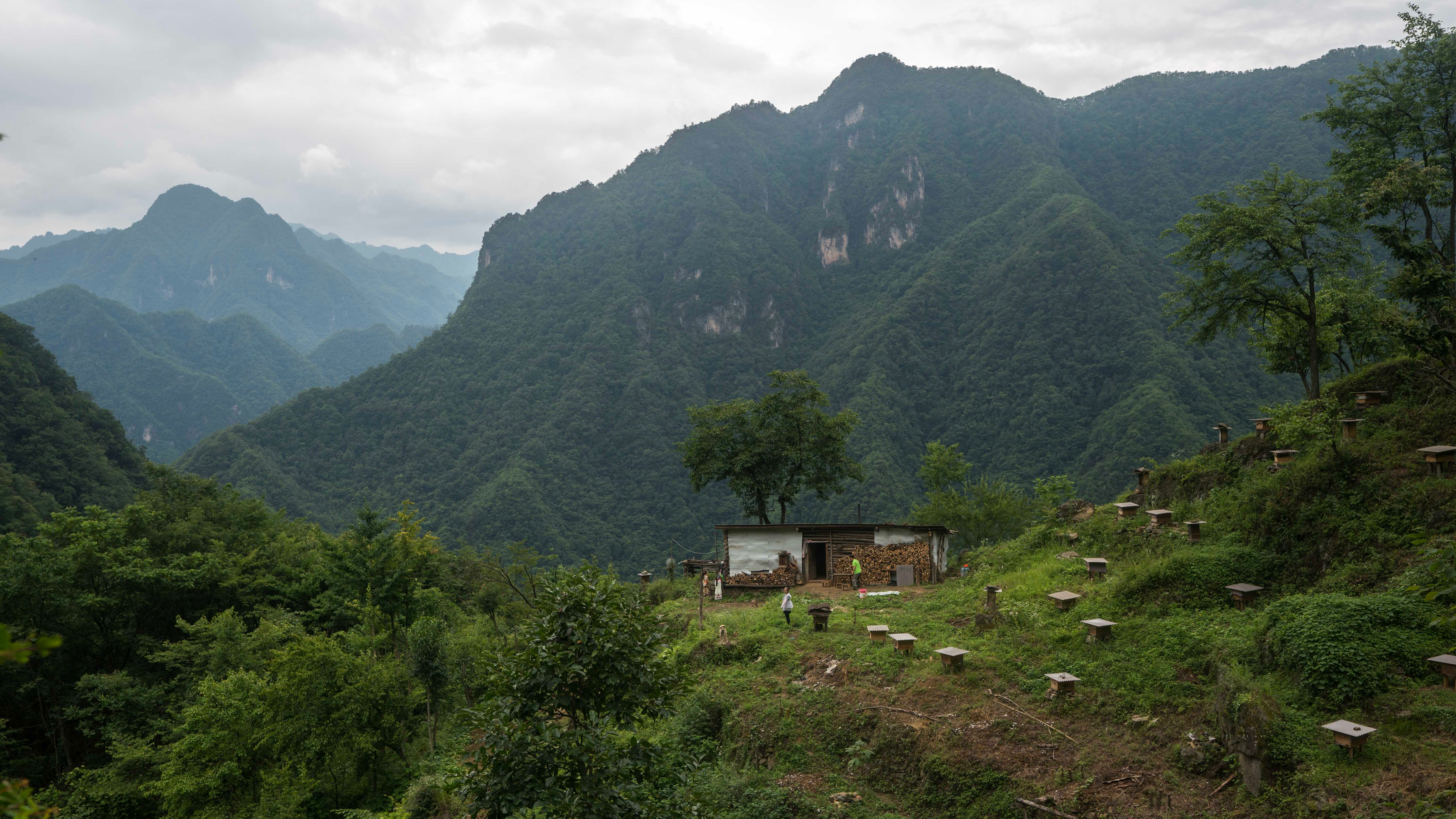 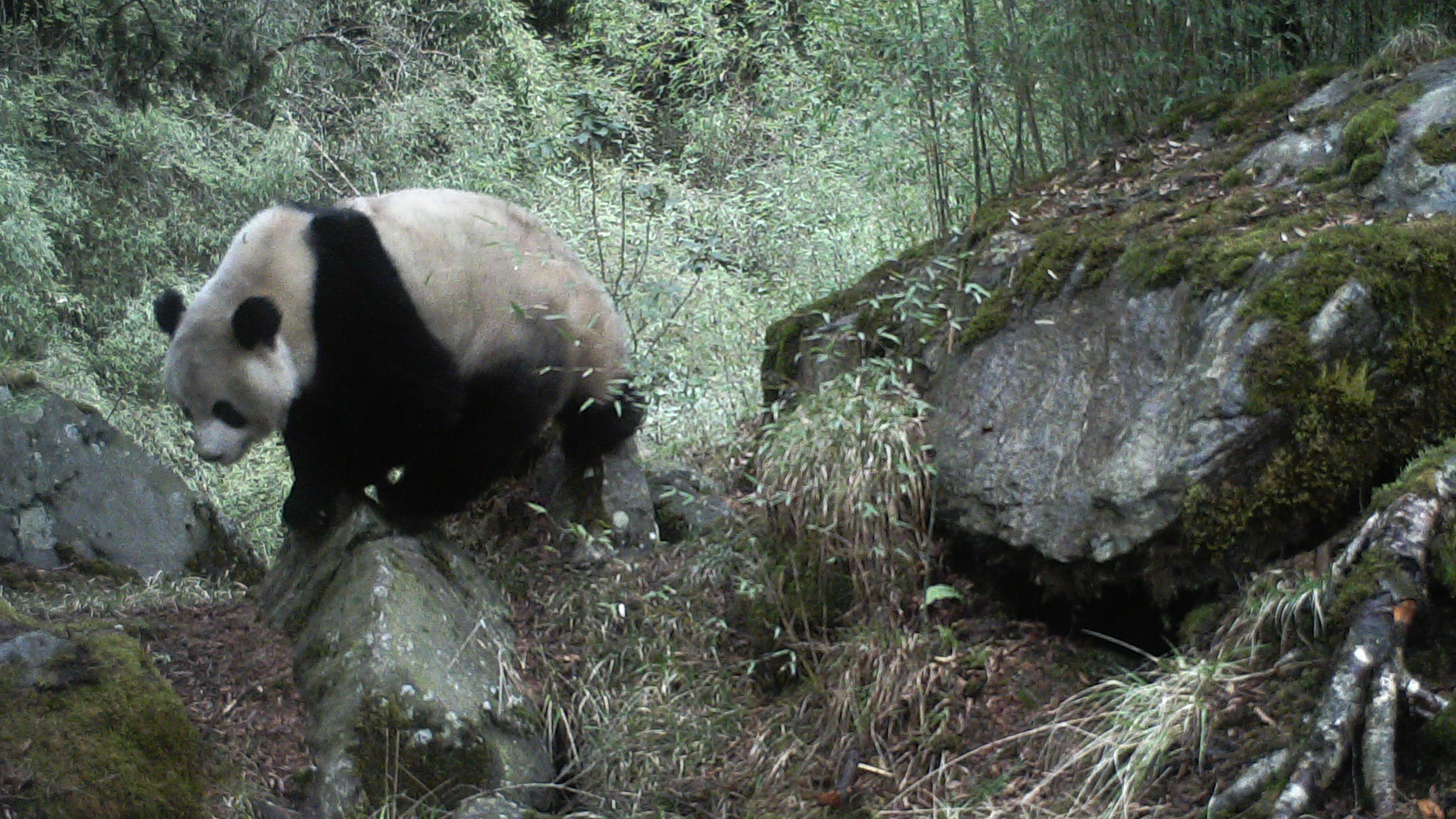 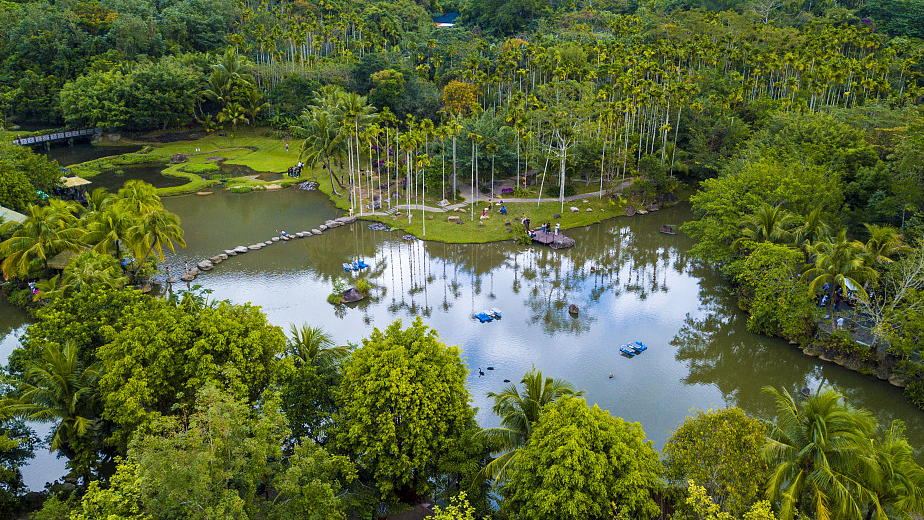 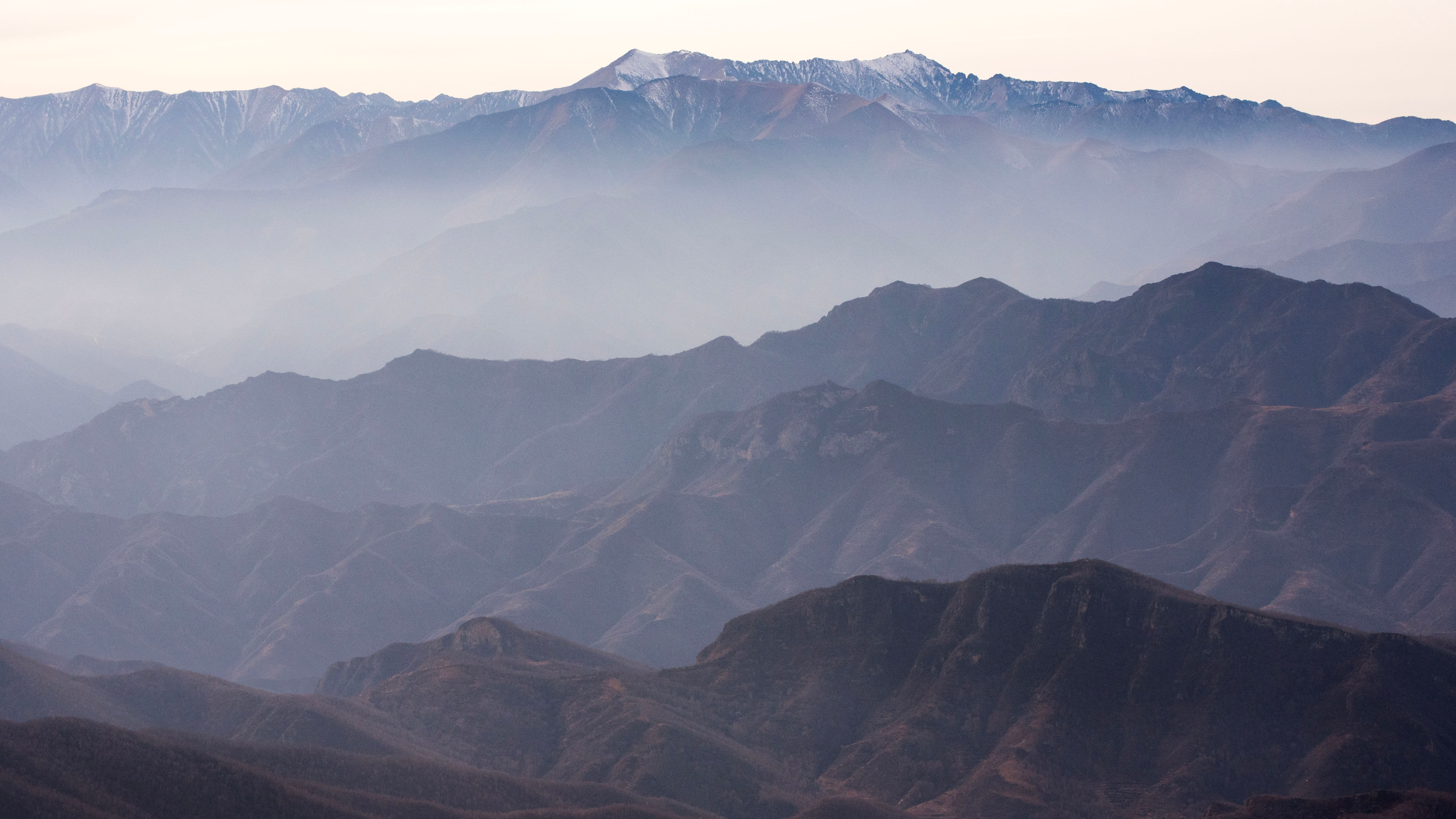 Almost half of the vast country is covered in wilderness.

"China is a very large country and the landforms are very diverse, from the tropical rainforest in Hainan to the extreme cold weather in the Himalayas," The Paulson Institute's Rose Niu tells CGTN Europe.

This vital biodiversity, combined with a large population and rapid economic growth, has led the Chinese government to reconsider its protected-area system and upgrade the management of wildlife and wilderness areas into a formal national parks system. The aim is to preserve biodiversity and ensure harmony between humans and nature, or what China has called its model for an "ecological civilization."

These national parks span China's vast array of ecosystems, from the Hainan Tropical Rainforest National Park in the south – home to the world's last 30 Hainan gibbons – to the high-altitude Sanjiangyuan National Park on the Tibetan Plateau, which is three times the size of Yellowstone in the U.S. and is the source of Yellow, Yangtze and Mekong rivers, as well as home to species including the snow leopard.

The names of the other completed parks hint at the diversity of species and habitats under increased protection: the Giant Panda National Park, Northeast Tiger and Leopard National Park and Wuyi Mountain National Park. 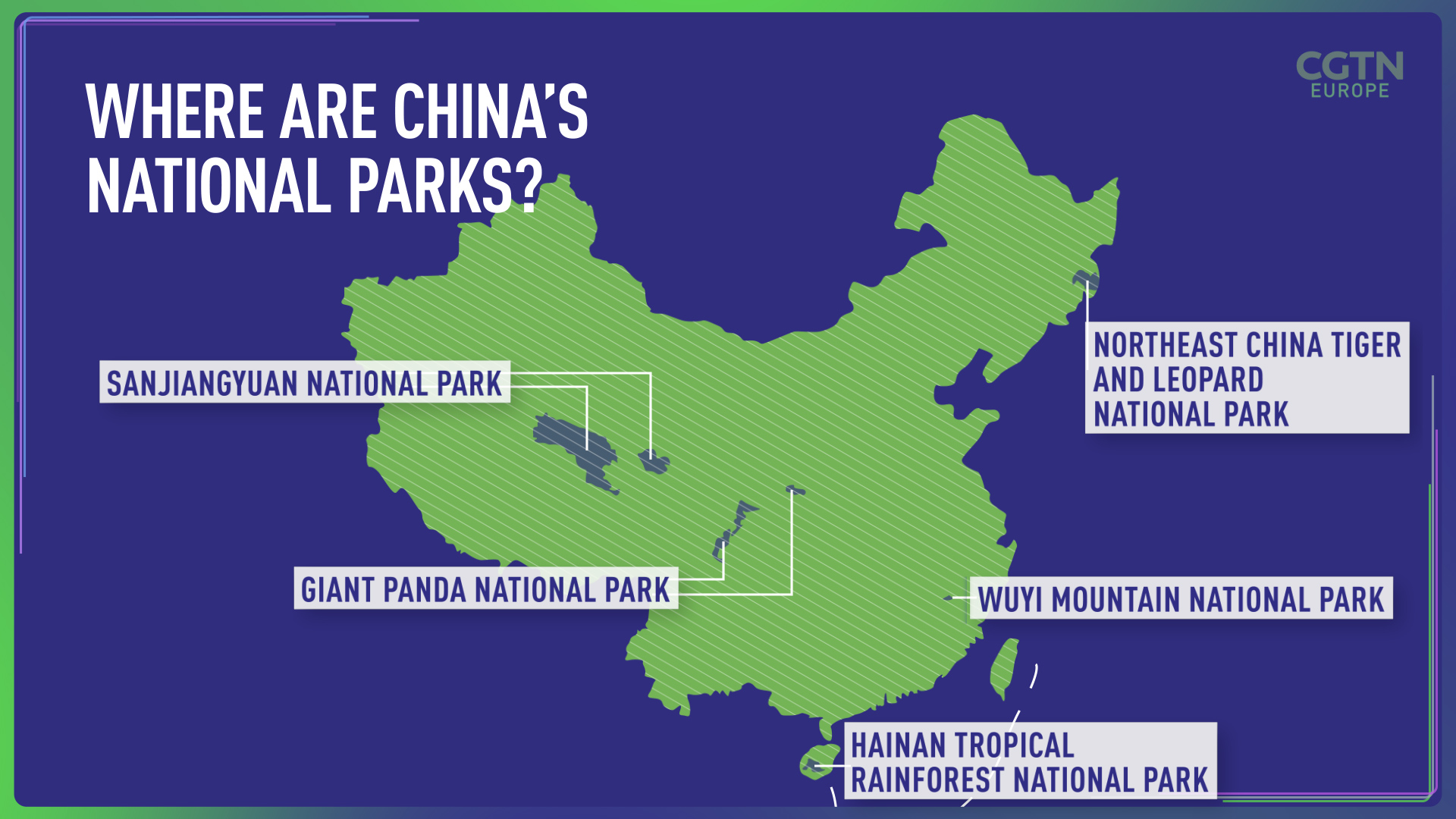 Indeed, the new parks' main goal is to better protect some of China's most rare and endangered wildlife and ecosystems. Leading up to COP15, China had already achieved one Aichi target set 10 years ago in Japan during COP10 – that of protecting 17 percent of terrestrial land by 2020.

However, much of this protected land was scattered and fragmented geographically and managerially. More than 10 types of protected areas exist in China, under the jurisdiction of various government bureaux, making it hard to carry out cohesive protection planning.

Now, the national parks system will streamline the management of some China's most ecologically sensitive and valuable areas by placing entire habitats once managed by many departments across state, province and county levels under the oversight of the National Forestry and Grassland Administration and new National Park Administration.

As the chief conservation officer for the Paulson Institute, a Chicago-based non-partisan organization dedicating to fostering U.S.-China relationships, Rose Niu is well-placed to compare different models of national parks. She says China's share many similarities with their foreign counterparts – and one main difference.

Like those of Western countries, China's system "hopes to designate the most abundant, most important and most representative natural areas" with "stringent methods and laws to protect important natural and cultural heritage, also providing citizens with an opportunity to enjoy their natural heritage and receive natural education."

The biggest difference she cites is that, unlike many national parks in the U.S. or Europe, China has many residents living in the newly designated zones – but that represents another opportunity for improvement: Helping humans, too. 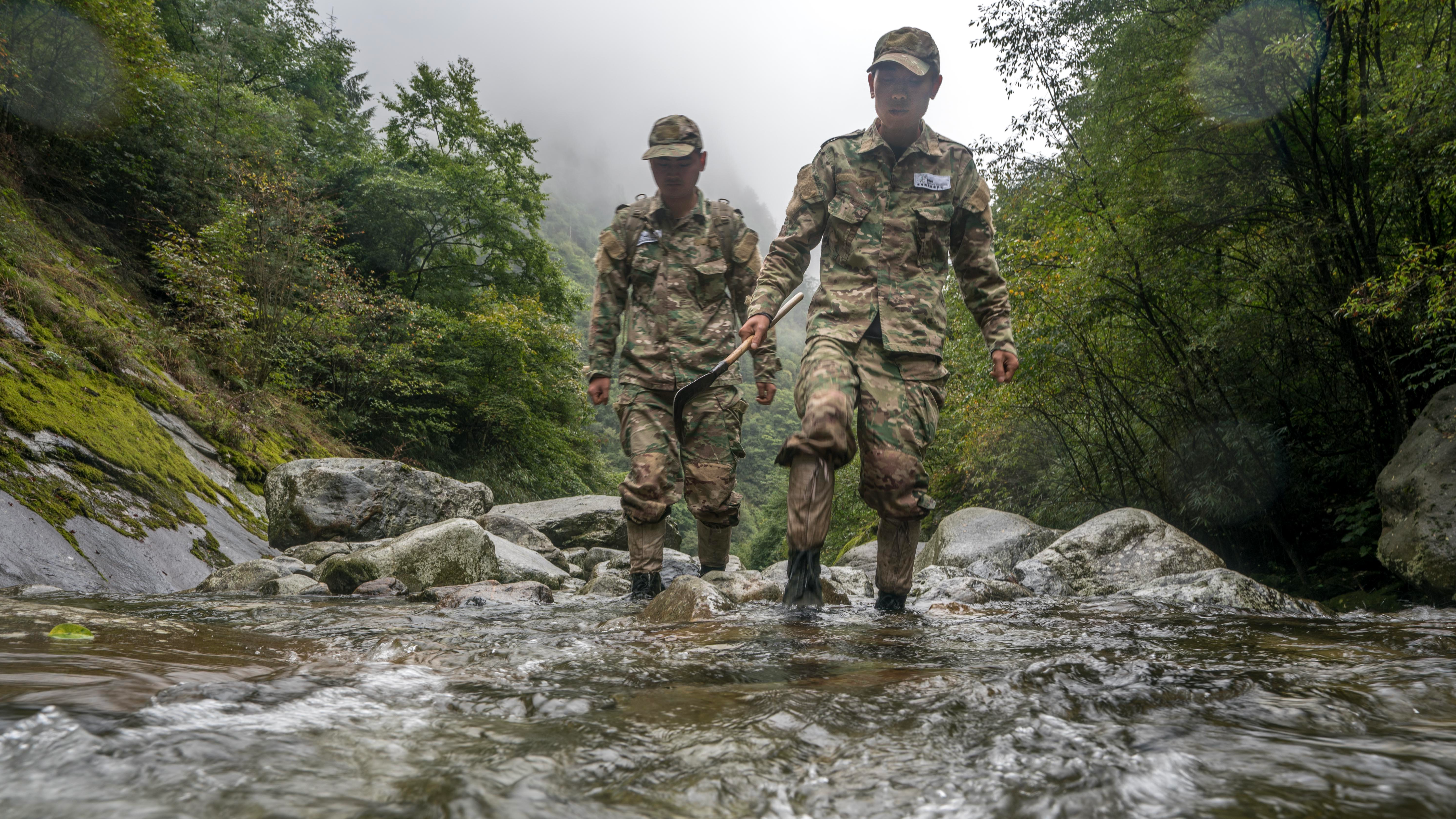 The five new parks, as well as the other five pilot parks pending completion, also seek to aid the livelihoods of the 650,000 people living within them. In 2018, a study published by multiple institutions and universities in Beijing found that 99 percent of impoverished counties in China were in close proximity to nature reserves.

Two years later in 2020, China declared it had successfully erased rural poverty, and the national parks are now hiring locals to work as rangers in the parks and training others to open local ecotourism ventures.

China's push to create national parks has redefined what nature and wildlife protection will look like for the country and its people. As the first national parks are completed, many other areas in China are now also beginning to bid and prepare to become national parks into the 2020s. 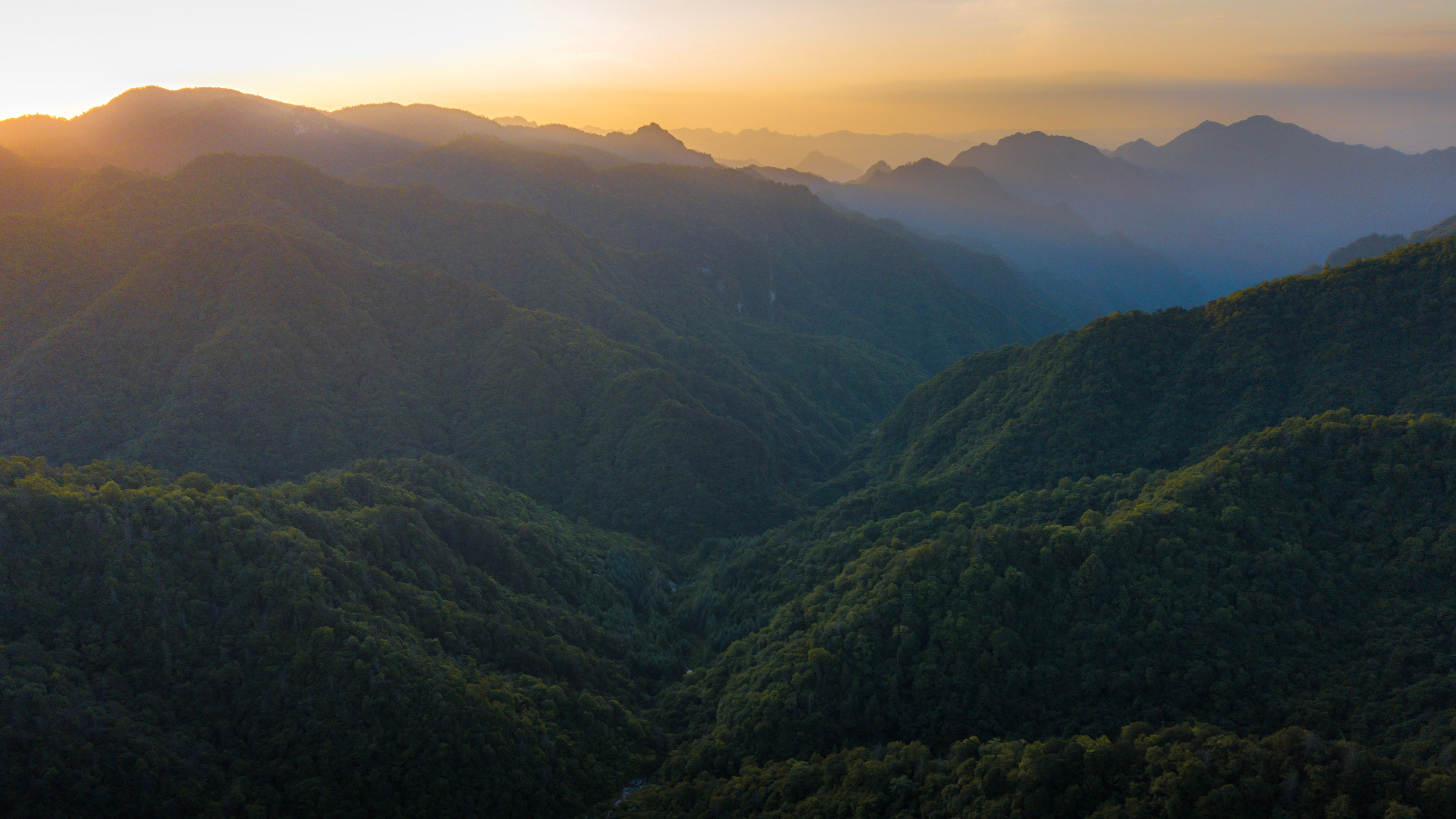 Shennongjia National Park is a showcase of biodiversity. /Kyle Obermann

Shennongjia National Park is a showcase of biodiversity. /Kyle Obermann

Building up to COP15, the international conference that will guide global biodiversity protection through the next decade, conservation has taken center stage in China's public sphere. Not only are national parks, species protection and sustainability promoted by the government, but they are also embraced by non-government organizations (NGOs), media and the public.

One NGO, Shan Shui Conservation Center, published more than 100 biodiversity conservation best practices for COP15, many of which originated from inside China.

Li Yuhan, the program manager of the center's Urban Biodiversity Program, spent a year researching at Sanjiangyuan National Park on the Tibetan Plateau. She tells CGTN how local Tibetans have got involved as rangers to protect the area's wildlife.

"Sanjiangyuan is one of the most biologically diverse areas in the world, with many large carnivores – leopard, snow leopard, wolf, lynx, etc," she explains. "Forest monitors conduct anti-poaching patrols as well as placing cameras with scientific researchers to monitor wildlife.

"At the same time, people help to clean up the garbage in the riverway and the mountains so that the environment becomes cleaner."

It's another example of keeping humans in touch with the rural landscape. In the past few years, eco-education experiences and tours for schools and families on holiday have become popular in China's more remote areas.

Large Chinese companies such as Alipay also support Chinese conservation through gamifying tree planting and user-donation for nature reserves on their popular apps: Alipay has more than 600 million users. 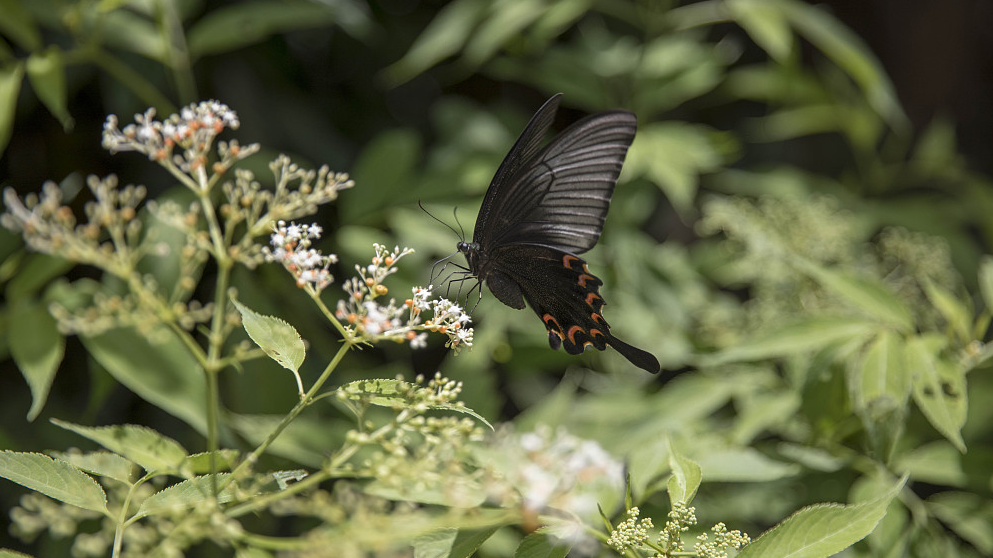 The Paulson Institute's Niu says that as part of the country's push to protect species, government bodies are also looking into rewilding.

In the Taihang Mountains outside Beijing, for example, the Chinese Field Conservation Society is working with local villagers and governments to build wildlife corridors for China's last remaining North Chinese leopards and to rewild once-degraded land.

The national parks are open to all, and the Shan Shui Conservation Center's Li explains how visitors receive a little local expertise to maximize their enjoyment and education.

"Visitors can make reservations online in advance," she explains. "After arriving in Yushu, there will be a host family that takes tourists to experience the local natural and cultural scenery, at the same time watching wild animals."

It's part of the communal approach to protecting and enjoying wildlife – and not just in the newly designated areas. In addition to the new national parks, China has almost 3,000 nature reserves and more than a million ecological rangers helping to safeguard the environment.

Furthermore, Li says it needn't be restricted to just the rural areas. She's involved in projects helping to improve biodiversity and habitat restoration in the parks that are part of China's huge, modern cities: "Beijing and Shanghai are an essential road for bird migration, so these two cities can also become homes for wild animals."

With the government pushing conservation at the national level – and companies, non-profit organizations and local people supporting such initiatives – China is working to establish itself as a role model for conservation for developing nations around the world.

This is part of the CGTN Europe digital special 'Saving life on Earth: Can world leaders deliver?'