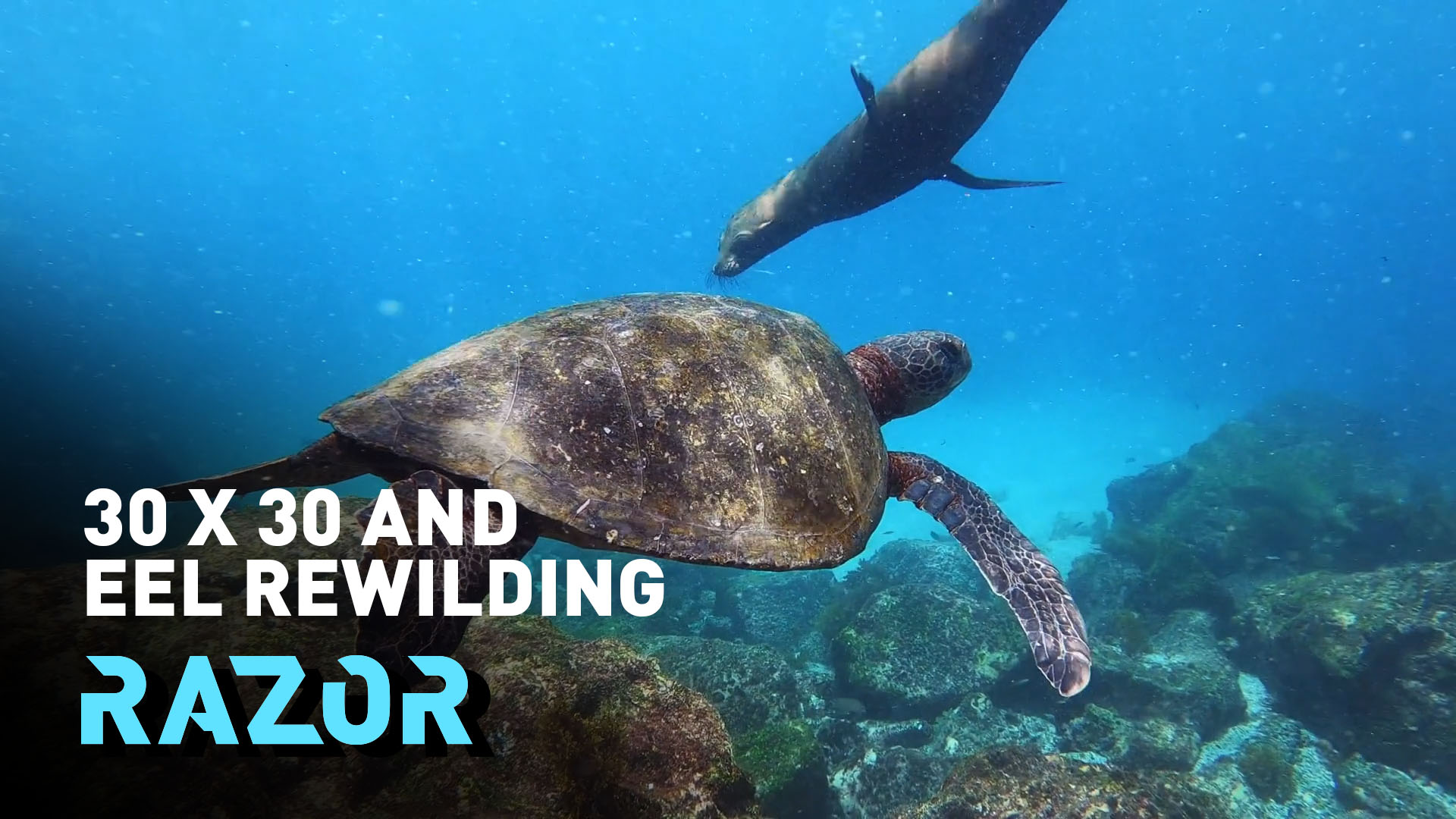 High on the agenda at the COP15 Summit in Kunming, China, was the Global Biodiversity Framework which has been endorsed by 116 countries since 2019. One really ambitious plan being discussed as part of the framework is called 30x30. It seeks to stop the extinction of species and habitats in our oceans by protecting 30 per cent of the world's oceans within the next decade.

The once-common European Eel is critically endangered. Over the past 40 years, the number of juvenile eels in European rivers has fallen by over 90 percent. In the UK, however, successful collaboration between conservation groups, fisheries and local enforcement is starting to turn the tide for eels. Watch the latest episode of RAZOR in the video above.