Download
Preparing to save the planet: Meet the woman leading COP15
The Agenda 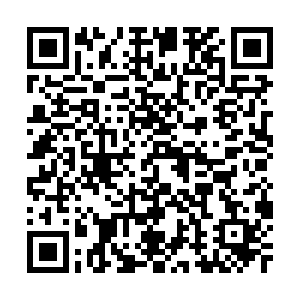 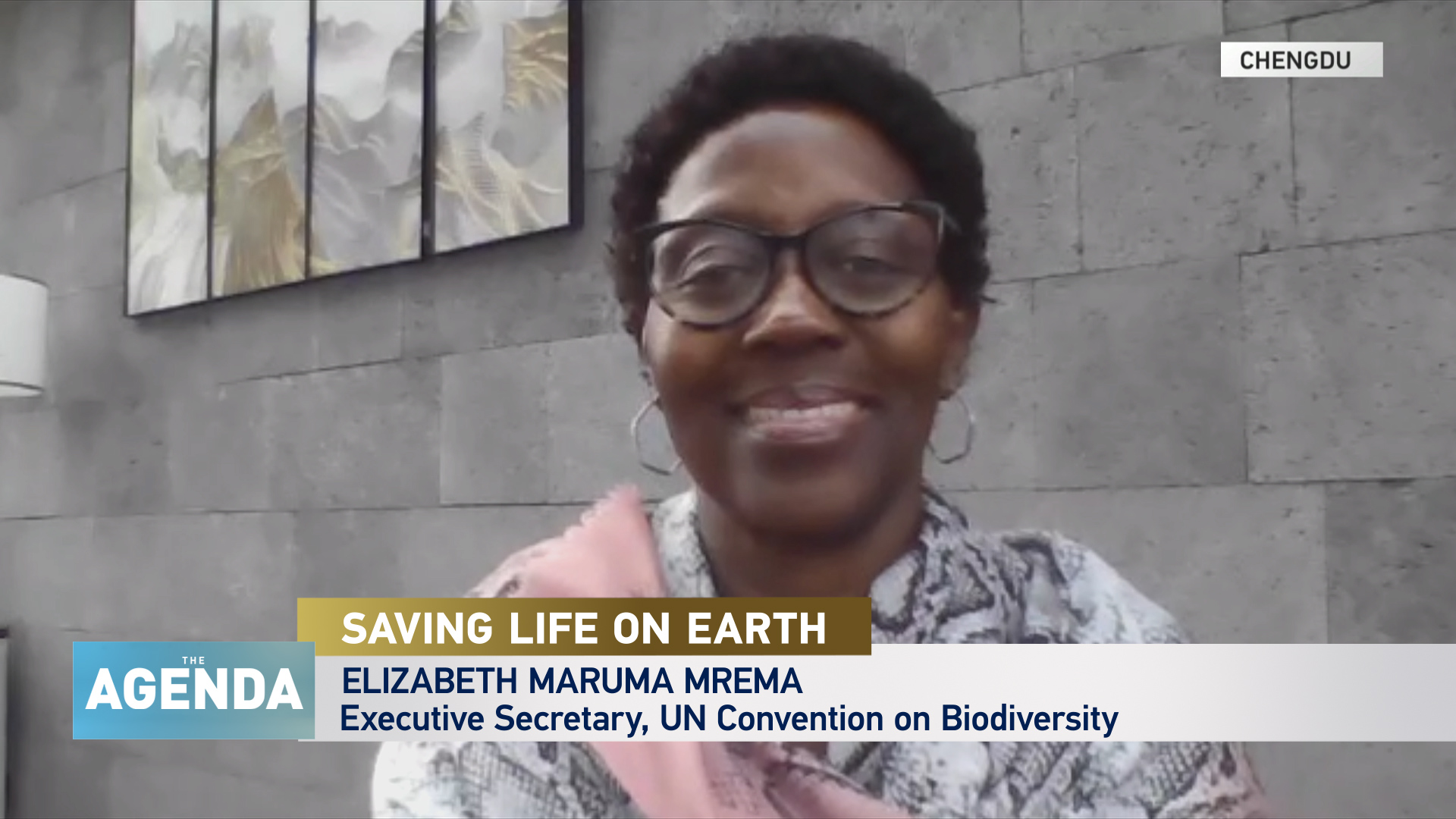 COP15, the world's largest and most important biodiversity summit, was supposed to have taken place a year ago in Kunming, China. But safety fears over the COVID-19 pandemic delayed it – first to May 2021 and then to October.

Even as the world learns to live with COVID-19, the event will be split with a virtual summit now, ahead of an in-person meeting in Kunming in April 2022.

We know that global biodiversity has never been under so much threat, with more than a quarter of all species in danger of extinction – so it looks like the delay is one the world can ill afford.

But the person leading the summit – Elizabeth Maruma Mrema, executive secretary of the UN Convention on Biodiversity – tells The Agenda with Stephen Cole she's confident that real progress has already been made in the desire to build a shared future for life on Earth.

Elizabeth Maruma Mrema is the world's leading voice on biodiversity. As the executive secretary of the UN's Convention on Biodiversity, she will be leading the COP15 talks.

Before taking her current position, Mrema worked as the director of the law division at the United Nations Environment Programme in Nairobi, Kenya. She is also the former executive secretary of the Convention on the Conservation of Migratory Species of Wild Animals.

WHAT DOES MREMA SAY?

COVID-19 may have delayed face-to-face meetings, but Mrema insists she and her colleagues have been working around it as best they can. "We're dealing with an unprecedented situation," she tells The Agenda with Stephen Cole. "That's why the secretariat has continued to work hard with our parties and other stakeholders to ensure that our work continues through a variety of online discussions and negotiations. And this way, we've been able to maintain momentum on the importance of biodiversity issues."

She remains confident she can get agreement for a Kunming declaration "underlining political commitment on the importance of biodiversity and the need for the global community to take action to halt and reverse biodiversity loss."

However, she admits that members of the public can remain skeptical when none of the biodiversity targets set in Aichi in 2010 was met. "Expectations [in Aichi] probably were high, but the infrastructure put in place for the implementation of the Aichi targets in a strategic plan were not commensurate with that expectation."

Mrema insists that the same mistakes won't be made this time – and that the COVID-19 delay may in fact end up having a positive impact: "We know that today biodiversity crosses borders. You cannot deal with biodiversity issues just depending on government without the engagement of all other stakeholders. You need the indigenous people, the local communities, you need the women, you need the youth, the business, the financial sector, all stakeholders."

All that, she says, takes time. "There have been a number of consultative processes that have taken place during this period of COVID-19. And that's what probably the positive aspect of the COVID-19 has been – the additional time it gave us to prepare for a tangible framework for everyone out on stage, all different stakeholders." 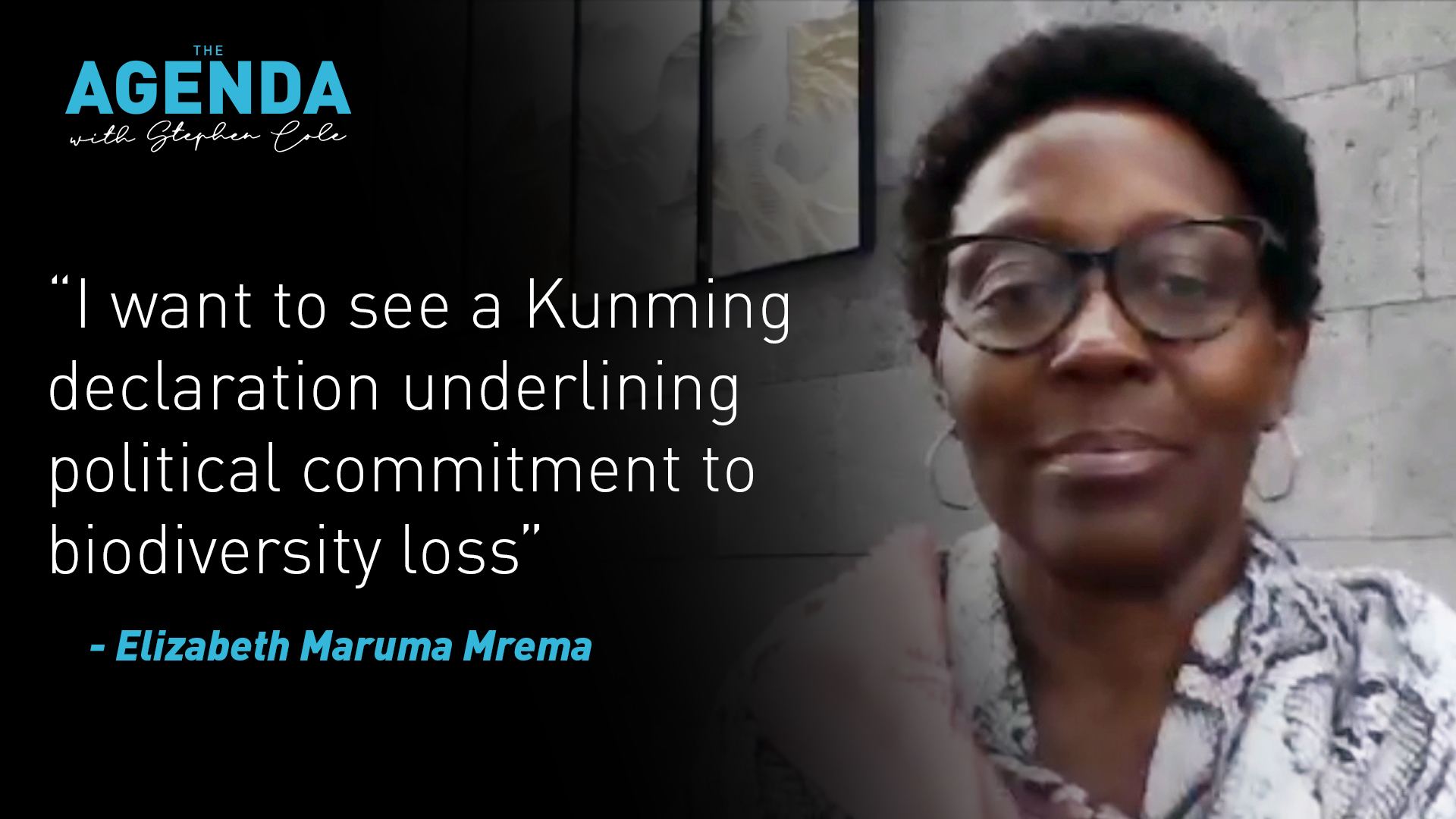 - The Agenda with Stephen Cole visits the Royal Botanic Gardens at Kew in London to speak to Alexandre Antonelli, Kew's director of science, about what needs to be done to protect the 40 percent of the world's plant life now at risk of extinction.

- Wei Fuwen, from the Chinese Academy of Sciences' Institute of Zoology, joins the program to explain how the Giant and Red Pandas provide an object lesson in how to save a species.