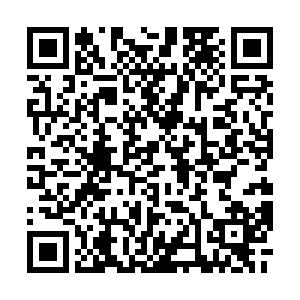 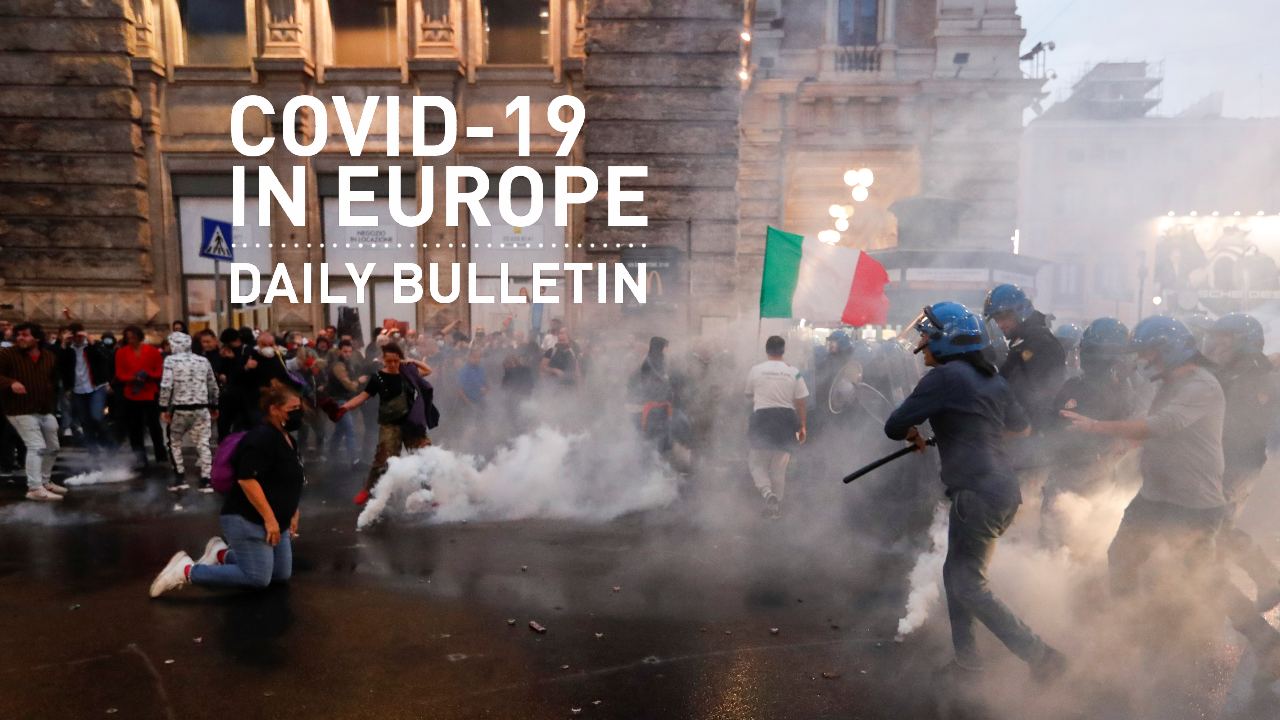 Demonstrators clash with police officers near Chigi Palace in Rome, Italy, during a protest against the government's introduction of the Green Pass. /Remo Casilli/Reuters

Demonstrators clash with police officers near Chigi Palace in Rome, Italy, during a protest against the government's introduction of the Green Pass. /Remo Casilli/Reuters

• Italy reached the target of fully vaccinating 80 percent of the population over the age of 12 against COVID-19, according to official data, achieving a goal Rome had set as a safety cut-off point.

According to a government website showed 43,229,551 people over-12, out of a total population of around 60 million, had completed their vaccination cycle as of October 10. The 80 percent target was set by special commissioner for the COVID-19 emergency, army general Francesco Paolo Figliuolo, in March.

• Italian police said on Sunday they had arrested 12 people, including top officials of the extreme right-wing party Forza Nuova, following Saturday's clashes in Rome against a government drive to make the COVID-19 "Green Pass" mandatory for all workers.

Police used water cannon on the protesters on Saturday, as one group tried to break through police lines to reach Prime Minister Mario Draghi's office. A separate group tried to smash their way into the headquarters of Italy's main CGIL trade union.

The protests come days before Italy becomes the first country in Europe to make all workers carry the Green Pass in an effort to accelerate vaccinations and stamp out coronavirus infections. Similar protests were held over the weekend in Switzerland and France.

• A French anti-terrorist judge has charged four men with suspected links to a far-right conspiracy theorist for allegedly plotting a series of attacks, including on coronavirus vaccination centers, reports AFP. An anti-terrorist judge ordered the arrests as part of an investigation into a group known as "Honor and Nation."

• Russian authorities have explained numerical discrepancies between state statistics service Rosstat and coronavirus task force data by the fact that the latter reports deaths from COVID-19 on a daily basis that do not need additional confirmation from medical examiners, whereas Rosstat publishes full data on a monthly basis. Rosstat recently announced that at least 49,389 died in August, taking the total to around 418,000.

• Some soccer players are not vaccinated against COVID-19 because their opinions could be swayed by conspiracy theories on social media, England coach Gareth Southgate said.

British media reported last month that only seven of England's 20 Premier League clubs have squads in which more than 50 percent of players are vaccinated. Southgate said he is unsure of how many of his current England squad are fully vaccinated against the virus.

• The France men's soccer midfielder Adrien Rabiot has been ruled out of Sunday's Nations League final against Spain after testing positive. Rabiot, who plays for Juventus, was isolating and did not travel to Milan from Turin with the squad. The rest of the French team underwent rapid tests and were all in the clear.